The Bath Township Police Department seeks assistance with information regarding a missing 28 year old female on 8/22/22. Detailed information is listed below.

Shawnte Hardin was on trial facing dozens of charges including abuse of a co**se and representing as a funeral director while unlicensed.

Residents of Barberton take pride in their community and believe that no one child or adult should be left behind. When data showed that less than one-quarter of Barberton children were prepared for school success, the Akron Metropolitan Housing Authority (AMHA) and the Barberton City Schools partne...

Today is a historical day for su***de prevention and mental health in the U.S.! The National Su***de Prevention Lifeline, now known as the 988 Su***de & Crisis Lifeline, can be more easily reached by calling or texting 988, or chatting on 988lifeline.org.

988 serves as a universal entry point so that no matter where you live in the U.S., you can easily access 24/7 emotional support. You do not have to be suicidal to reach out. Our trained crisis counselors can help you through whatever mental health challenges you are experiencing.

We're so grateful to SAMHSA, the U.S. Department of Health and Human Services, the Federal Communications Commission, and our other su***de prevention and mental health partners in the field for working together to get us here, and we look forward to growing and expanding our services and supports in the years to come.

Contact us today and let’s bring your ideas to life! 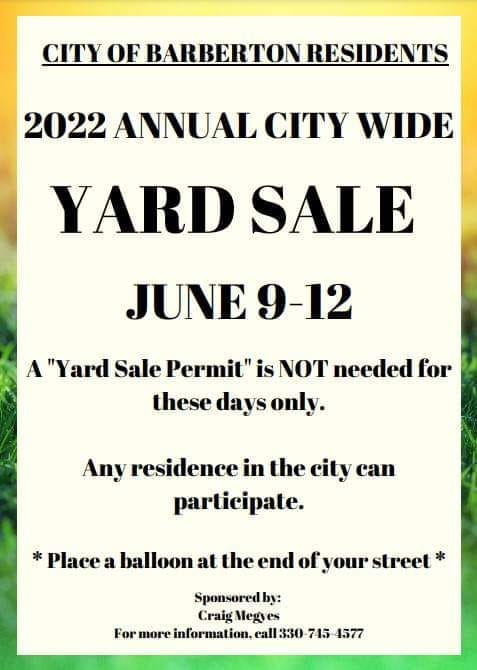 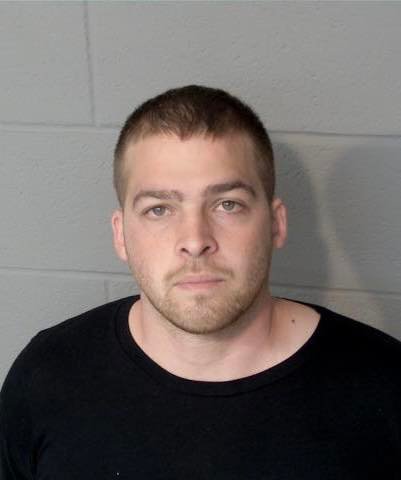 We want to thank everyone who commented, shared and phoned in tips. With your assistance this case was brought to a speedy close!

Streetsboro police are asking for the public’s help locating a missing teen.

"The Patrol regrets to announce the line of duty death of Sergeant Jared M. Ulinski, Findlay District, after he was found deceased at the Findlay Post while on duty. Sergeant Ulinski joined the Patrol in June 1999 as a member of the 134th Academy class."

This is just a reminder

And we're due for a warmup this weekend, just in time... More here: https://bit.ly/3r17dQX

One year ago today Ohio recorded its first case of COVID-19 in the state. Today, Governor Mike DeWine has ordered that all flags be flown at half-staff as we remembered all those who have been impacted by the virus.

The new variant, which shares similarities with that of one discovered first in South Africa, was first identified in samples collected in New York in November, and by mid-February represented abou…

Have you seen this child? Soull Minnehan

Have you seen this child? Soull Minnehan

A big THANK YOU to all those who work extra long, hard hours to keep our roads safe as possible during these wintry times!

NEW: A CDC report gives options for wearing masks to better protect you and others from COVID-19. Wearing a disposable mask under a cloth mask can improve fit and give you better protection. Learn more: https://bit.ly/3aWGUVW.

Please see the attached press release regarding the City of Barberton Warming Center.

Due to the forecasted frigid temperatures, Mayor William B. Judge has designated the Active Adult Center, located at 500 W. Hopocan Avenue, as a warming center for the City of Barberton.

Most of the businesses that previously acted as warming centers are currently closed to the public, so I feel it’s important we offer shelter for those in need.” – Mayor William B. Judge

Actor Hal Holbrook, known for a long, successful career in films such as "All the President's Men," "Wall Street" and "Into the Wild," has died at age 95, The New York Times reports.

Well, next Monday morning could be brutally cold across the region! Here is the forecast from the GFS Model, which *if* correct would be the coldest air in two years!

This campaign needs you now

Advocate for Early Childhood Educators to be vaccinated in Phase 1B.

Because Ohio has had seven straight days of COVID hospitalizations below 3,500, the Ohio Department of Health has updated Ohio's curfew to run from 11 p.m. to 5 a.m. beginning today. The change will be in effect for the next two weeks but may be extended or modified based on COVID hospitalizations. The prior curfew had been from 10 p.m. to 5 a.m. Get more information here ➡ http://bit.ly/3a9xgPq

Moving forward, Ohio's curfew will be based on hospitalizations statewide. Ohio has been below 3,500 hospitalizations for six days in a row, so we may see a curfew change this week. Ohio's curfew is currently 10 p.m. to 5 a.m. We're basing the curfew on hospital utilization because it is one of our most reliable indicators of disease severity. When people are sick enough with to be in the hospital in high numbers, we know that virus spread is high. More information: http://bit.ly/3oxWVak

The Community-Wide Collection Drive is still in effect!

The Collection Drive runs through January 31 so we have FIVE DAYS remaining to donate our non-perishables and toiletries to help benefit the Barberton community. All donations will go directly to the Barberton Area Community Ministries and the Barberton Salvation Army.

Please join us in making !

COVID-19 and flu are both contagious respiratory illnesses that can have similar symptoms, but they are caused by different viruses. Use this chart to learn some of the similarities and differences.

For more information on COVID-19 and flu, visit: http://bit.ly/2LxknGF.

She is 4′11″ tall, 120 pounds, has black hair, and brown eyes, and was wearing a black hoodie, jean jacket, black pants, black boots, and a black hat.

Researchers with the Ohio State University Wexner Medical Center and College of Medicine discovered a new variant of the coronavirus that causes COVID-19.

A 15-year veteran of the U.S. Capitol Police has taken his life after responding to Wednesday's deadly riot in the halls of Congress.

The man drove away from his home in a silver 2013 Honda Accord with OH plate number FYG6450. He hasn't returned.

Be the first to know and let us send you an email when Barberton's Daily News posts news and promotions. Your email address will not be used for any other purpose, and you can unsubscribe at any time. 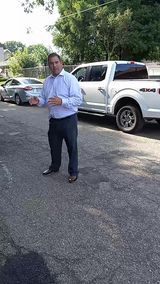 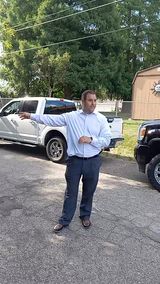 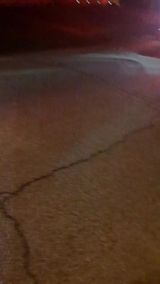 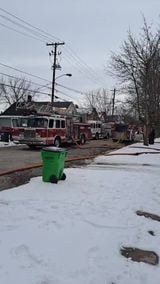 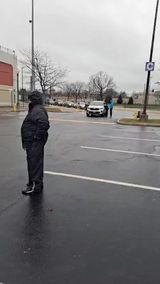 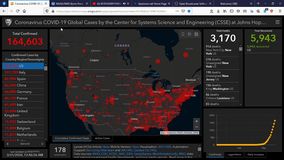 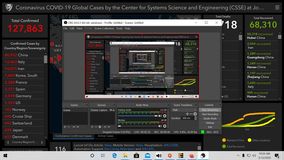 Ohio promise with the Mayor 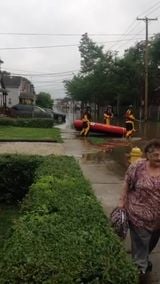 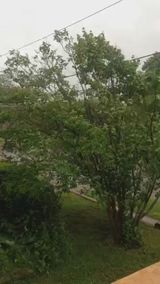 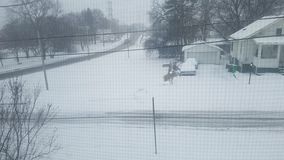 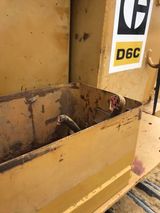 REWARD OFFERED reward offered to anyone that has knowledge of the person or persons responsible for the vandalism and theft of batteries out of my machinery. Happened last night 10-25-2018, neighbors said that they heard a diesel pickup around 8-8:30 sitting in my job. They also cut the chain to the entrance and attempted to break into our tool shed. Happened in south Wadsworth area 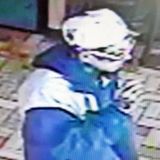 Help Barberton Police identify a suspect An unknown male stole a wallet left unattended in a booth at the Downtown Subway, Wooster Road W. and Fourth Street NW, March 17 at about 1 p.m. The male appears to have facial tattoos by his eyes and forehead, and a tattoo on the top of his right hand. The female who was with him is also a person of interest. Tipsters can call Detective Russell at 330-861-7254. 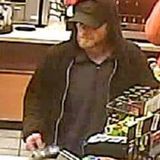 Barberton Police continue looking for help identify suspect In the early morning hours of Feb. 16 a wallet containing a debit card was stolen from a vehicle in the North End of Barberton. An unknown man used the card at various Akron locations to buy gift cards and cigarettes. Tipsters can call Det. Russell at 330-861-7254. 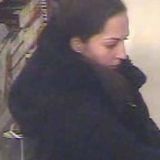 The Barberton Police are again asking for help in identifying a woman who stole several Lego sets valued at more than $200 from Kmart and fled the store. Tipsters can call Det. Russell at 330-861-7254. 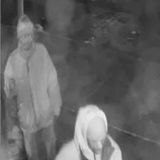 Help identify suspects The Akron Police Department is asking for help in identifying suspects who broke into the Dollar General on Copley Road. Jan. 21 around 1:15 a.m., two suspects entered the store by shattering a window with a hammer. They then used the hammer to shatter the cigarette case and took items. If you have any information about this incident, call Detective Stewart at 330-375-2464, the U.S. Marshals Service at 866-4-WANTED, the Summit County Crimestoppers, Inc. at 330-434-COPS, or text TIPSCO with your tips to 274637 (CRIMES). If you see the suspects, do not approach them and call 911 immediately. 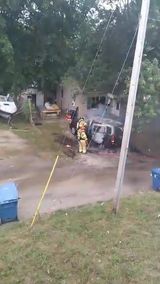 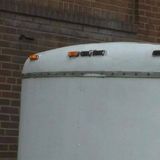 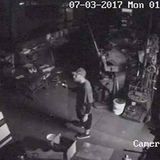 ID This Suspect Kent PD needs your help trying to identify the suspect(s) in this surveillance video who committed a break-in on July 3rd. If you can identify the person(s) in these pictures, please call Kent PD at (330) 673-7732 and ask for the detective bureau. Thank you!

15th Street Nw and Brady Avenue is being closed down due to a semi that hit two, possibly three utility poles. From Wilbur two Brady Avenue close Please avoid the area.

Other Broadcasting & media production in Barberton

https://www.facebook.com/468514899892486/posts/4032050863538854/?app=fbl
New Service In the Area! Just download the app to set up your pickup and drop off time and location! Major time saver for those with busy lives whom prefers one less housework duty! 🚗🧦👔🩳👖👚🩲👗👕
WASH&DRY FOLD&HANG DRY PICKUP/DELIVERY
Does anyone know What that big boom was a little bit ago?
Hey guys!!! I'm hiring for a large manufacturing company in Akron/Barberton area for all 3 shifts... Monday-Friday.. Mandatory Saturdays.... ALL OT AFTER 40 HOURS IS DOUBLE TIME.. Start Immediately!! Weekly Pay!! Pm me for more details 🙂
‼️MISSING‼️
PLEASE CONTACT NORTON POLICE DEPARTMENT IF YOU SEE KAILEE WRIGHT AGE 1️⃣7️⃣ 5FT. 3IN TALL APPROXIMATELY 140LBS. HER FAMILY MISSES HER SO MUCH! WE NEED A THANKSGIVING MIRACLE PLEASE!
ISO a plumbers that has a camera to see if they can tell me where a pipe is broken that won't charge me tons of money...
And go
If you would like to check out the new place in Norton/Barberton.... Tonight is a good night! Good tunes and karaoke!
The boys are working hard! Follow us on our FB page!
https://www.facebook.com/BarbertonMiddleSchoolBasketball/
https://facebook.com/events/s/no-cooking-tuesday/2740960069494391/?ti=icl
x

Other Broadcasting & media production in Barberton (show all)