Birmingham's Hit Music Station! Listen to us in the car, online at 1037theq.com/listen, and on the FREE iHeartRadio app!

You're Most Likely to Fight With Your Partner on This Day of the Week | 103.7 The Q | Ryan Seacrest

Plus, find out the happiest day of the week for relationships:

Ryan is quite simply one of the most influential, well-regarded, and well-known names in Hollywood. He is the quintessential Hollywood insider who always manages to have the biggest scoops and the most sought after access to top events and celebrities.

He's got heart, humor and a killer mustache. Ted Lasso is back! ⚽️

He seemed not happy with the player's behavior, but there was more to the comments.

He did not hold back.

Beyoncé Officially Announces The Dates For Her RENAISSANCE World Tour | 103.7 The Q

Are you ready for Beyoncé's RENAISSANCE World Tour?!

See the dates for her first tour in years.

In the announcement video, Brady gets a little emotional.

He revealed the news on his socials.

When Alabama has a Macklemore during the show! 😂😂 Hey Dj New Era are you ok ?

The sequel is bound to be anything but simple 🔥

The 'A Simple Favor' sequel could begin production as early as this fall.

Super Easy Trivia is a game you and your kids can play along to while riding in the car! Click the link to listen to the show, it's coming up @ 6:20 on The Alabama Show.

Are you an Alabama or Auburn fan?

Will Smith And Martin Lawrence Confirm Fourth 'Bad Boys' Movie In The Works | 103.7 The Q

See Will and Martin's hilarious announcement 😭

See the touching moment for yourself 😢

Director of Rihanna's Halftime Show Promises We're "In For A Surprise" | 103.7 The Q

Who will Riri bring with her to the big game? 🤔

The tease comes less than two weeks before the big performance

Michael Jackson's Nephew To Play Him In Upcoming Biopic | 103.7 The Q

"After conducting a worldwide search, it was clear that he is the only person to take on this role." 🔥

Jaafar Jackson will play his uncle in the upcoming 'Michael' biopic.

AMC Theaters is offering $5 tickets to watch "Wakanda Forever" and more in February!

Jennifer Aniston and Julia Roberts are working together for the first time since 2016!

He's still traumatized over it.

How Rebel Wilson Surprised Girlfriend Ramona Agruma On Her Birthday | 103.7 The Q

Rebel Wilson went all out for her girlfriend Ramona Agruma's birthday.

The actor opened up about his relationship with his ex-wife Demi Moore in a recent interview.

Baldwin faces up to five years in prison if he's convicted.

His face after it happens LOL

Nicky Jam, Becky G and more are ready to hit the stage

The Reggaeton-based music festival will return to Chicago with a larger main stage.

Ed Sheeran gave fans a personal update as he returned to Instagram after a two-month break.

These Are The Benefits That'll Disappear When COVID-19 Emergencies End | 103.7 The Q | EJ

These are the benefits that will disappear when the COVID-19 national and public health emergencies end.

Kate Middleton's sweet interaction with a fan was caught on video 😍

Kate Middleton is a pro when it comes to dealing with royal fans.

A former Houston Texans star player has reportedly been hired as the team's next head coach.

Martha Stewart Has Epic Response For Fan Who Poked Fun At Fancy Recipe | 103.7 The Q

Martha Stewart is an expert at trolling. 🤣

All made with Hershey's chocolate! It's the Hershey’s Chocolate Chip Caramel Kreme for me tho ;)

You Might Recognize 'Bachelor' Contestant From Taylor Swift Music Video | 103.7 The Q

If one of 'The Bachelor' contestants looked familiar to you, it's because she was in a Taylor Swift music video!

Drew Barrymore & Savannah Guthrie Get 'Special' Tattoos Together | 103.7 The Q

This is such a sweet idea for a tattoo! 💕

Savannah Guthrie's first tattoo was actually inspired by one of Drew's tattoos.

Austin Butler Opens Up About 'Immediate' Connection With Lisa Marie Presley | 103.7 The Q

"I've never had an experience where I met somebody and felt an immediate depth of relationship," the actor revealed.

Justin Bieber was actually an artist in his past life. 🤣

Lil Wayne Announces Dates For His 'Welcome To Tha Carter' Tour | 103.7 The Q

Tunechi is hitting the road for a new tour.

Watch Fall Out Boy Light Up The Stage In iHeartLand In Fortnite | 103.7 The Q

The prosecutor said the overall cost and "limited resources" were a factor in her decision.

Kelly is currently serving 30 years in prison from a previous conviction.

The veteran rapper reflects on how he survived his crack addiction.

The run includes over 25 dates and multiple supporting acts.

Be the first to know and let us send you an email when 103.7 The Q posts news and promotions. Your email address will not be used for any other purpose, and you can unsubscribe at any time. 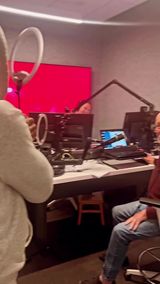 This is what happens when Dj New Era sits through a 3 hour movie! The Alabama Show 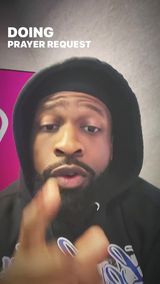 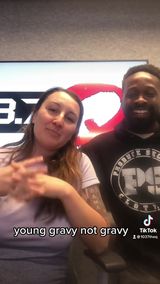 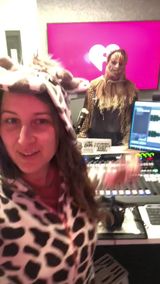 Who else is feeling Dj New Era pain ? The Alabama Show 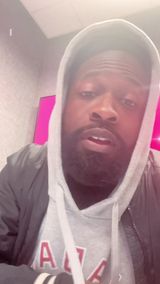 Alright you know what to do! Drop your prayer request for Dj New Era in the comment section below. The Alabama Show 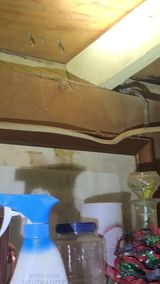 Remember that one time Alabama found a snake in her bathroom and he got away?? Check out this video, she thinks the snake went through the mud room 😂😂😂 The Alabama Show 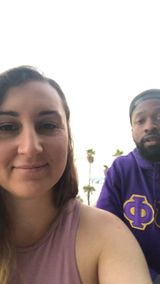 Ladies! If a guy takes you to dinner, a movie and cuddles you at the movie- do you think it’s a date even if he says he doesn’t want a relationship?!! The Alabama Show

Dj New Era is Era Michael Myers 😂 Are you ready for Halloween 🎃? The Alabama Show 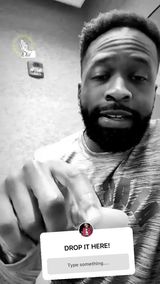 Who needs prayer? Dj New Era has you covered! Drop your request for a prayer below! The Alabama Show 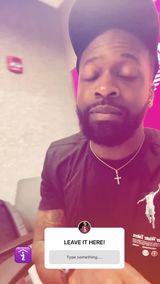 Dj New Era is doing prayer request, so make sure you drop them below. The Alabama show 😊

Wake up with The Alabama Show tomorrow and win OneRepublic tickets! ❤️🎤😁 listen on iHeartRadio 👉 1037theq.com/listen 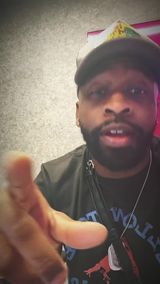 Happy Friday !! Our Morning Show Guy Dj New Era Is doing prayer request! Place them in the comments below!

The Alabama Show is officially a year old!!!!! Wooooooo hoooo!!!!!

Have you been keeping up with The Alabama Show?! If not that's okay! You can catch up on ALL their shows when you download the free iHeart Radio App and look up The Alabama Show on Demand OR listen live in the morning 6-10am! 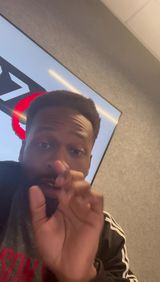 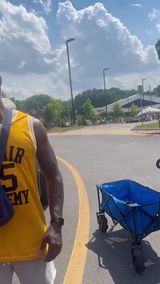 Listen to the show to find out what the palm reader just told Dj New Era about his future! The Alabama Show www.1037theq.com/listen

Listen @ 8am to find out what the surprise is 😂 www.1037theq.com/listen The Alabama Show

Find out why Dj New Era is disappointed! Hit the link to listen to The Alabama Show www.1037theq.com/listen

Dj New Era took his son to get his first big tattoo! How old were you when you got your first tattoo and do you still have it? The Alabama Show

You don’t wanna miss what Dj New Era is crying about! Hit the link below to listen. www.1037theq.com/listen

Alabama and Dj New Era talk Pinson vs. Fairfield in today's episode of The Alabama Show! The link to listen is in the comments!

Incase you're wondering YES Alabama is going to church with Dj New Era for Easter Sunday and NO she hasn't found an outfit yet! Press play to hear Era pray that she finds one in time and you can hear how it goes on The Alabama Show Monday morning! 😂🤣😂

Have you gotten your tickets to Little Sundress Party yet?!?!

The results of today’s People of Alabama 🤣😂🤣

You know it’s gonna be a good Dear Era today when DJ New Era had to ask this question 🤣😂 1037theq.com/listen

Other Radio Stations in Birmingham

Listen to the show Monday - Friday 6am-10am
To hear what all the laughter is about!
The Alabama Show on 103.7 The Q
LISTEN TO THE END! This happened today and I have listened to it over 20 times and it gets funnier every time I listen to it! The Alabama Show 103.7 The Q
Tag who you'd take to Chris Rock and Dave Chappelle in the comments! Your next chance to win tickets is 10 minutes away on 103.7 The Q

This is one of my favorite things I've ever gotten to be a part of! Chris has listened to the show every single day since Day 1 from Austin Texas... (He followed me from Seattle which is already incredible on it's own)... He streams every morning on the iHeart Radio app and always calls in to talk to Era and I... well, his girlfriend wanted to propose and messaged me a while ago. So we decided to make it a Dear Era and change her name and have her call in about how to propose - which was GREAT because I didn't tell DJ New Era what was going on either and he kept telling her not to do it... then Chris, the loyal guy he is, called into the show (while I secretly had her on hold and was having a mild panic attack that this would be the one day he didn't call in) and this is what happened! SO COOL! Also - Era's face when he realizes what was going on is priceless! 103.7 The Q The Alabama Show
When Birmingham native, and NFL New York Jets LB chose this local family for ‘Quincy’s Christmas,’ his blessing went beyond toys and gifts for .

It put smiles on the faces of children, and hope in the hearts of this young family.

Thank you, Big #56 for supporting the The Salvation Army Greater Birmingham Area Command’s Bessemer Salvation Station and for !

We are so proud of the Shades Valley High School basketball players for braving these cold temps, and !

Stop by, say hello, and please give this !

Thank you. You have and always answered the call.

You’ve responded after disasters, giving your time, and warm hugs to neighbors when their comfort is shaken.

You’ve opened your cupboards, and helped fill food bags and boxes with meal staples and love.

You’ve dropped change inside kettles, and given your financial support during the most difficult times.

This year, the need was even greater, and without hesitation, you answered the call.

Without the support of the community, corporate partners, and volunteers, we would not be able to serve Central Alabama.

Thank you for having 103.7 The Q The Alabama Show
Pour toutes vos problèmes de vie👇

The Bulls are helping us raise money during season, and we would love for you to join us!

Dj New Era is teaching his son how to drive and it’s hilarious! Listen to how it went on 103.7 The Q now! 1037theq.com/listen
When your coworker has a FRIENDSGIVING live on the The Alabama Show
103.7 The Q

🤦🏽‍♂️🤦🏽‍♂️🦃
Without these special partners, we could not make Christmas wishes come true.

Thank you to our sponsors!

Other Radio Stations in Birmingham (show all)