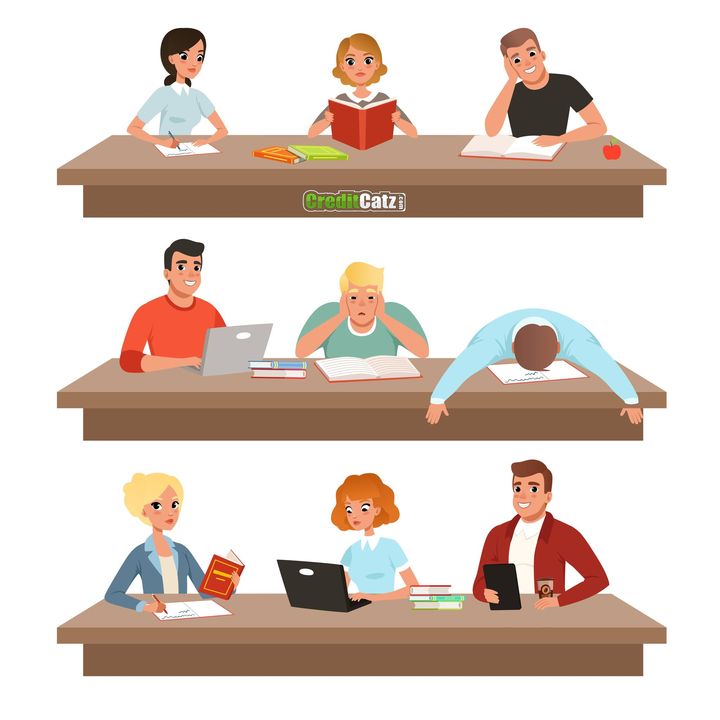 Did you know more than 54% of college freshmen carry a credit card 💳
On average, freshmen bring an average of $1,585 in credit card debt to college 🙁 By sophomore year, the percentage of students who own at least one card rises to 92% 😯

Talk about starting off stressed out! 😢 We send our kids off to college with a lackluster education in finances and credit. Some schools touch on income & expense, but there is so much more that needs to be covered. Our kids need a much deeper knowledge of budgets and their credit reports.

This is why we created Credit for Kidz ⭐

This course is perfect for adults and kids. The basics of budgeting with our simple yet rewarding FREE budget ebook, and future launch of our full course on credit that covers:

You'll need our FREE eBook on "How to Set up a Family Budget" as we touch on budgeting in our course AND so you’ll be notified when we kick off the enrollment period with an exclusive pre-sale for our course.

Tap here to get your FREE eBook and join our launch waitlist 🤩
http://go.creditcatz.com/launch

Good Morning Everyone. We are getting excited that the BIG event is just 2 weeks away. Have you marked you calendar to JOIN US.

We have LOTS of NEW Vendors this year.

I am still looking for a couple of vendors:
Thirty One Gifts
Pampered Chef
Tupperware

Missing hiker Shane Michael Dixon has been located, and he is safe. This story will be updated as it develops...

Shane Michael Dixon, 24, of St. Petersburg, Florida, has been reported missing on the Appalachian Trail after a hiker found his backpack abandoned in Union County on Monday, Nov. 18, according to the Union County Sheriff’s Office.

Anyone who sees Dixon is being asked to offer him assistance and to call 911 as soon as possible.

Dixon’s backpack was discovered on the trail Monday morning about three miles off Georgia 60 near Gooch Gap and Suches in the southeast corner of the county.

He was last seen around 2:15 p.m. later that day by a couple of hikers near Cooper Gap, not far from his abandoned bag.

The hikers said Dixon appeared fatigued and did not have any supplies on him, such as water, food or camping gear. After receiving a bottle of water from the hikers, Dixon told them he was heading for Unicoi State Park, more than 30 miles away in White County.

Searchers with the Sheriff’s Office and Fire Department located Dixon’s belongings on the trail Monday, though they did not find Dixon.

Exposure is a concern at this point, according to the Sheriff’s Office, as Dixon apparently spent the night on the trail without a sleeping bag, tent or blankets in near-freezing temperatures.

My friend Cindy's dad recently passed away. One of her cousins took all the buttons off Cindy's dad's shirts and made button charm bracelets for Cindy and her mom. All she did was attach each button with jump rings to a bracelet on both sides of the link and embellished it with crystals, pearls and charms. I think this is such a sweet idea and looks "cute as a button." This is simply a "feel-good post" in hopes of inspiring your own creativity. If you'd like to make something similar please visit the link below for jump rings and charms. I'd love to help you create a special memory. https://www.ebay.com/str/yogiwsagenuinefind

Get Your FREE Gold IRA Guide

Gracian needs your help: Support our Dogs and let us build The Paw Park

Gracian needs your help: Support our Dogs and let us build The Paw Park

Lack of a suitable, safe, large enough off leash space in Union County, GA I am proposing to build a larger and safer area for dogs to run, play and 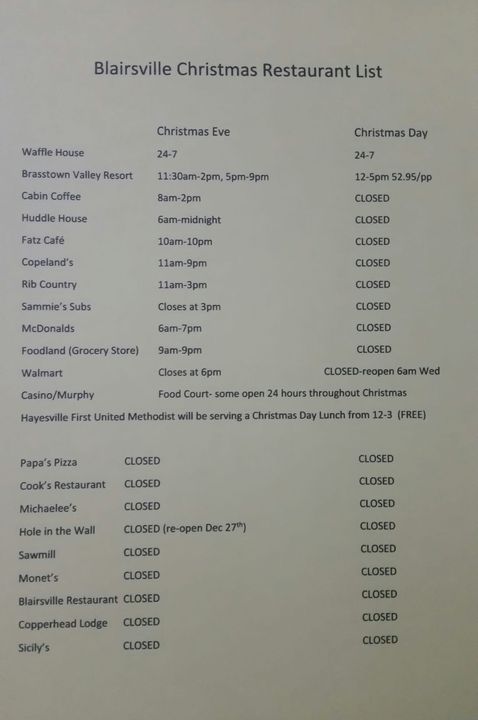 We put together our 2018 Christmas Restaurant Hours List. If you know of any additions please let me know so I can tell our guests. Thank you!!! 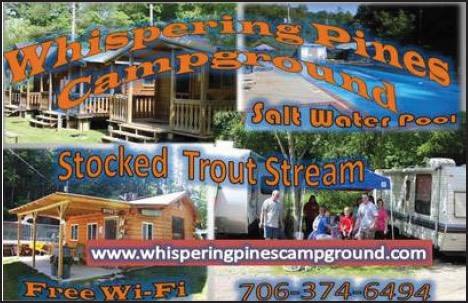 Whispering Pines Campground has a salt water pool and stocked trout stream for a weekend of enjoyment. Bring the family for a weekend of fun in your RV or camper, or one of their cabins. Check them out today. 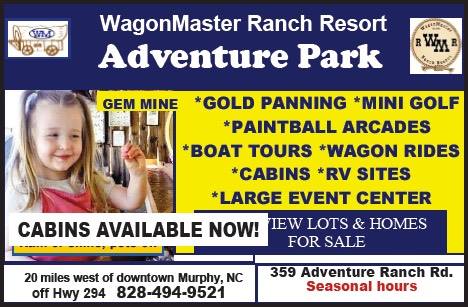 At WagonMaster Ranch Resort Adventure Park, you and your family can spend the weekend panning for gold, gem mining, playing minigolf or paintball and enjoy a wagon ride. And don't worry if you don't have an RV or camper, they have cabins too! So don't wait, head on over or call today and get ready for a weekend of fun!

The Fire Place not only sells wood, gas and pellet stoves and accessories, they also sell hammocks! So head on over there today and talk to the pros about your home heating options or call them to schedule an appointment to have your devices inspected before it's too late. Winter is already here. You don't want to be caught in the cold! 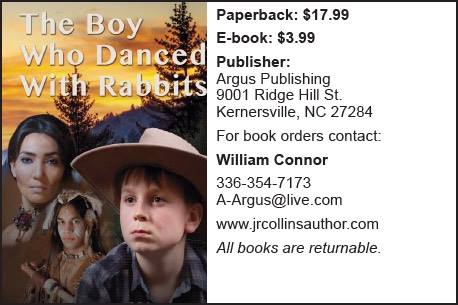 The Boy Who Danced with Rabbits is a great starting point for the series the author calls “Home from Choestoe”. The book is based on historical events about a young boy who grows up with the Cherokee Indians, it is written as a narrative and is told, in a voice that will stay with you forever, by the main character after he has aged ninety years. Jebediah Collins was born on a cold and snowy night, late in the winter of 1815, at the base of Ben’s K**b Mountain, in a valley called Choestoe (a Cherokee name you say the way the Indians do, Cho-E-Sto-E). This area is now the northeastern part of Georgia, the southern end of the Appalachian Mountains. Purchase it now on Amazon. 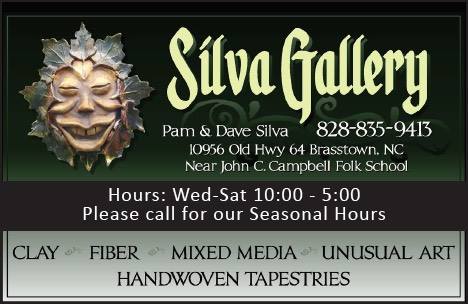 Pam and Dave Silva would love to have you visit Silva Gallery on Old Hwy 64 in Brasstown near the John C. Campbell Folks School and check out their displays of clay, fiber, mixed media and more. 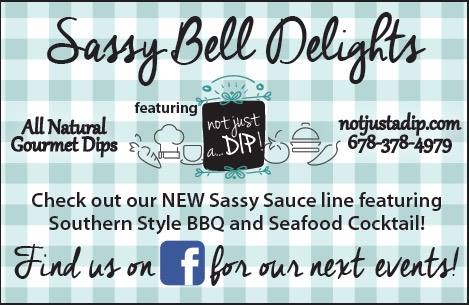 Sassy Bell Delights are an all natural gourmet dip that you are sure to love. Check out their page for their next event they will attend so you can get your hands on some of these delicious dips. 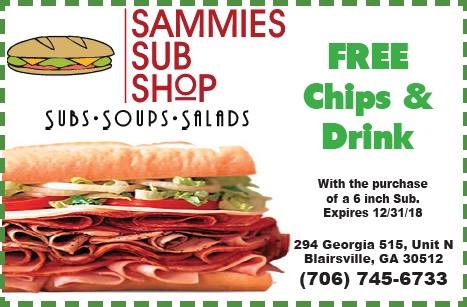 Sammies Sub Shop is a great place to get a fresh made sub, soup or salad. And when you order a six inch sub, you get a free chips and drink deal. So head on over today.

Rustic Mountain Decor has a great selection of Georgia made Barnwood, Cedar and Log furniture, and more. Head on over and check them out and see all of the ways they can help make your home look fantastic. 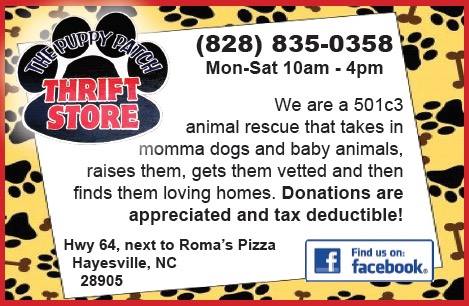 If you have some clothes, appliances or other items in your home you want to donate, why not bring them to The Puppy Patch Thrift Store. Funds from the store help keep their animal rescue operational so that they can raise baby and momma animals, get them fully vetted, and then find loving homes for them. And your donations are tax deductible.

The Blairsville Pickers Barn is a huge indoor mall with an amazing selection of collectibles, furniture, accessories and more. Head on over and check out all they have to offer. If you selling, as them about their consignment booths. 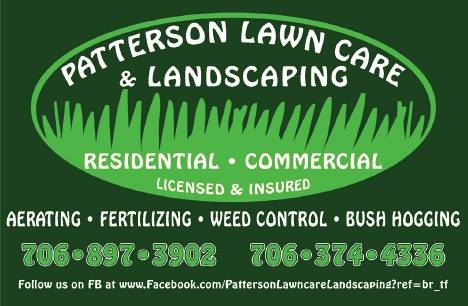 If you still have some landscaping that needs to be done, be sure to call Patterson Lawn Care & Landscaping and let the pros take care of it for you. Their professional landscapers will get the job done right and on-time. 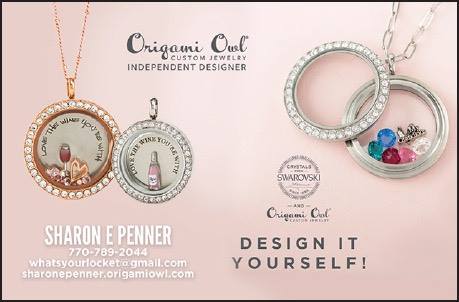 Have you ever wanted a piece of jewelry that was unique only to you? Would you like to design it yourself? Call Sharon Penner with Origami Owl and she will help you design your very own one-of-a-kind piece of jewelry. And with Christmas right around the corner, this would make a great Christmas gift. 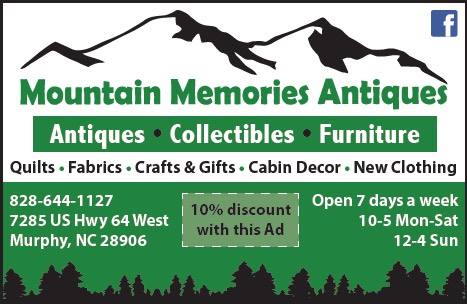 Mountain Memories Antiques has a fabulous collection of antiques, collectibles and furniture, plus much more. Head on over there and receive a 10% discount with this ad. 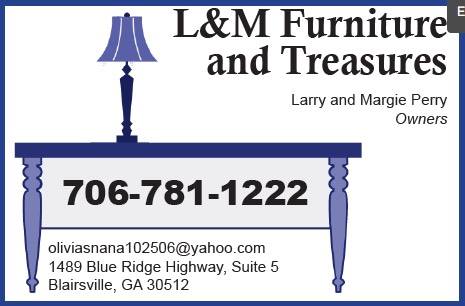 L&M Furniture and Treasures has a great selection of items for the home. Whether it's furniture, appliances or decorations, L&M's huge store has it all. Check them out today. If you are selling anything but don't have the time, ask about their consignment. 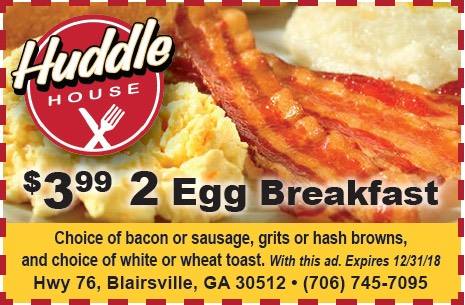 Huddle House is a great place for a good meal at an affordable price. Be sure to head on over anytime day or night to fill that empty stomach of yours. 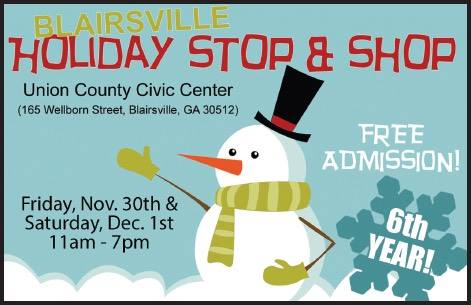 Mark your calendars for Friday, November 30th and Saturday, December 1st from 11 a.m. to 7 p.m. and attend the 6th Annual Blairsville Holiday Stop & Shop at the Union County Civic Center in Blairsville. Admission is free. 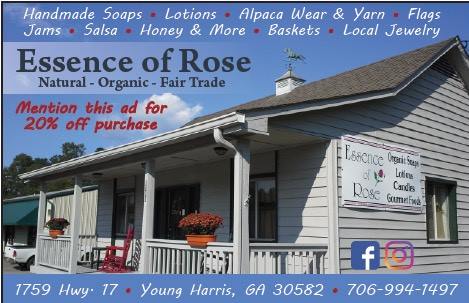 Handmade Soaps, Lotions, Alpaca Wear, Jams, Salsa and more can be found in one convenient place - Essence of Rose on Hwy 17 in Young Harris. Come on over and check out all of their great things. 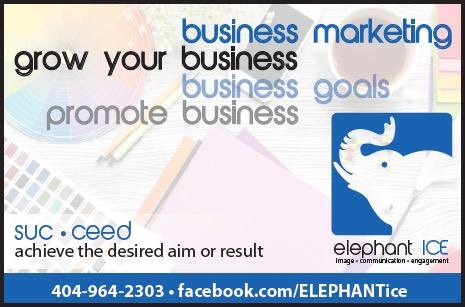 If you are looking for a company that is dedicated to making sure your marketing plan is up to par. Whether it's marketing, growing or promoting your business, Elephant Ice will get it done for you. Call them today. 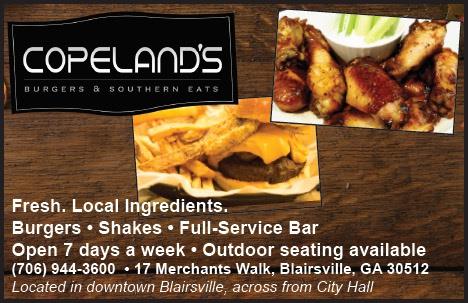 Copeland's Burgers & Southern Eats serves Southern style food with fresh, local ingredients. Burgers, shakes and a full service bar await you and your family. Head on over there today. 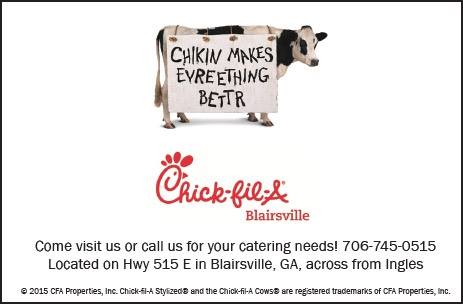 Chicken tastes great, especially when it Chick-fil-A chicken sandwiches, wraps and salads. Head on over and get a great tasting meal. If you need catering, Chick-fil-A does that too. 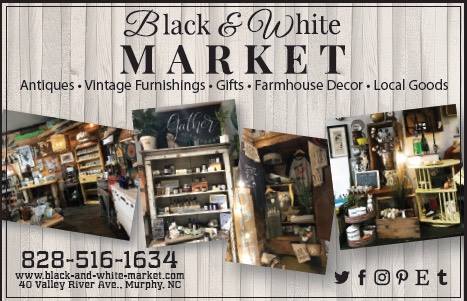 Black & White Market has a vast selection of antiques, vintage furnishings and more Check them out today. 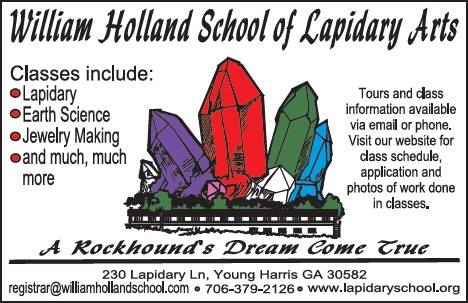 The William Holland School of Lapidary Arts is a great place for the whole family to learn. Whether it's jewelry making, lapidary or earth sciences, you and your family will have fun learning. Call them today to make an appointment to tour their campus. 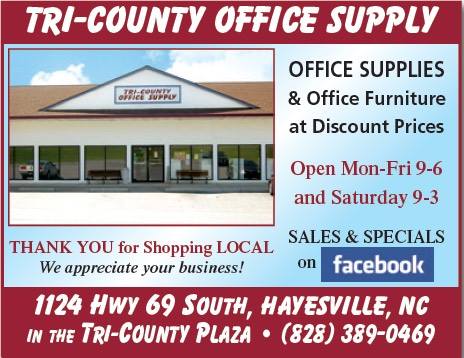 The Blairsville Pickers Barn is a great place to find collectibles, antiques, furniture, accessories and more. Check out this huge indoor mall and if you are selling, ask them about their booths for rent. 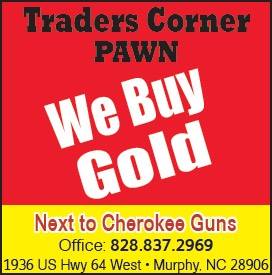 Christmas is right around the corner. If you are looking for affordable shopping right here, then head on over to Traders Corner Pawn and check out their amazing selection of gold and silver jewelry, tools, electronics and more.

Be the first to know and let us send you an email when Smokey Mountain Shopper's Guide posts news and promotions. Your email address will not be used for any other purpose, and you can unsubscribe at any time.

Other Media/News Companies in Blairsville

Other Media/News Companies in Blairsville (show all)