Playing today 4PM in Fargo, hometown of the director who is there at this very moment.

After an unsuccessful goose hunt, a girl grapples with seeing her father in a new light in the short narrative film “Paper Geese.” Director Elizabeth Chatelain's moving family drama screens as part of the 2022 Fargo Film Festival.

WE DID IT! We created 100 Episodes - which mean we stuck together for 100 months celebrating people from all walks of life, the comedy found in our lives and world, the amazing art created by those in our community and the voices of a wide array of inspirational people.  We are proud and we are not...

Paper Geese lands again at another amazing festival in Alabama.

Tonight, via the Facebook event below, 8PM Eastern Standard Time. Do not miss out! 100 episodes, our documentary Marcellus Hall an Artist in New York City which has already won two awards in its short time on the circuit is playing FOR FREE online. With our amazing hosts Shonali Bhowmik and Christian Felix and Justin the Intern (our very own Justin Joseph Hall). Marcellus himself is stopping by to chat about the documentary and his career.

Absolutely amazing 100 episodes by the charismatic We Don't Even Know hosts Christian Felix and Shonali Bhowmik. They have decided to show our award-winning documentary series, Marcellus Hall an Artist in New York City. Check it out Tuesday, February 21st at 8PM Eastern Standard Time via the link below:

Get ready for WEEKEND WATCH: MN SHORTS SHOWCASE on Feb 4-6th! We are so excited to be showing 8 MN short films over THIS weekend only! You won't want to miss out on these great films!

Click the link before to get your ticket now!

When we were scouting for Prologue we were looking in different states and had the pleasure driving and trying to see some amazing views. Here is one Justin Joseph Hall and Blake Horn scouted that never was used. Video in comments.

Prologue written by Piper Werle is a 2-time best in genre winning short film about Jack and Julie’s conflict in marriage. We will play next live at the Sick Chick Flicks Featival in February!

Fourwind Films may be expanding to a Post-Production house in Minnesota. Please contact us if you're interesting in being part of our start up team. We're going to be taking advantage of the huge tax incentives in St. Louis County.

Gov. Phil Murphy on Wednesday signed into law a major increase to the state's tax break program in a push to make New Jersey a bigger destination for high-profile projects.

Another one for Paper Geese: Fargo - don’t miss it!

The Fargo Film Festival jurors are proud to announce the slate of movies selected for the 2022 event. Congratulations to all the filmmakers! The Festival is March 15-19. Visit fargofilmfestival.com/ to see the entire list!

Another one for Paper Geese: Capricorn Film Festival!

After an unsuccessful goose hunt, a young girl grapples with seeing her father in a new light. Written & Directed by Elizabeth Chatelain Starring Jefferson…

Join WIF on Wednesday, January 12, 2022 for our annual WIF Member Shorts Night. This curated evening of eight impressive short films will be screened on the WIF YouTube page with a live panel discussion featuring the filmmakers to follow. The selected shorts are:

In 2022 you can expect us to finish our first feature film Frames of Reference. We're looking to expand into a sister company creating a post-production studio in Minnesota in the Iron Range where there are huge incentives to make movies. In addition we're finishing off our latest season of Feature & a short, subscribe wherever you get your podcasts, or just listen below:

Prologue got into Sick Chick Flicks Film Festival on February 20-21st. Can’t wait to bring this movie to a women centered festival. Picture below was an optional bedroom for JULIE (Claudia de Candia) and JACK (Shawn Thomas Diefenbach).

Congrats to the cast and crew!!!

Memories of our 2nd of 4 awards won this year at the Manhattan Film Festival an amazing surprise for Prologue. Our director holding up the reward and the poster for the film. An amazing hometown debut.

Prologue is setting sale for the Blow-Up Arthouse International Film Festival for their online section of the festival. We couldn’t be more thrilled. Congrats to the cast and crew!

something for everyone | Capricorn Film Festival 2022

Paper Geese made the festival trailer!

We do animation starting at $1000. We can repurpose your videos for social media, or even something more creative:

Another high another. Thank you Nat Dykeman and the Lake County Film Festival! An amazing audience we had with an extended Q&A about the series and how we made it.

From our friendly scientist Joel.

It's got everything a hip-hop video needs: a guy in a white coat with big sunnies, famous faces and sweet rhymes. Introducing Vax the Nation.

Thank you everyone for a successful crowdfunding campaign for our award-winning Marcellus Hall an Artist in New York City! If you missed your chance to pledge to see the series, you can find hear about any updates by clicking below and subscribing to our newsletter. Click through below!

Our goal is to provide customers with high-quality video and various media content. We strive to provide filmmakers with experience to develop skills and master their craft. We value cultural diversity as it strengthens ideas, improves efficiency, and produces art that reaches wider audiences. Our g...

LAST DAY to get access to our AWARD-WINNING series Marcellus Hall an Artist in New York City. Marcellus has recorded the city as well as the ups and downs of his personal life for years through his art and music, which are featured seamlessly throughout episodes. This short series documents his creative journey from being seven-years-old drawing pictures to a successful working artist, and all the stages in between.

His work published by Matador Records, Glacial Pace Recordings, The New Yorker, TIME, The Atlantic, and a ton more. Check it out below:

Hello, we'll be doing the next special of Nimesh Patel comedian with plenty of credentials. He's coming to Minnesota Dec. 1-3 at the Acme Comedy Company in Minneapolis performing his latest. Check it out.

ONLY 2 DAYS LEFT to pledge to get early access to our award winning series. This is currently the only way to see the content. See 350+ illustrations by Marcellus Hall like the one below he drew of a scene in Coney Island. See his many, many styles of sketches, finished illustrations in various formats and listen to great music from 4 of his different groups. Pledge now via the link below, every pledge will get access to the series on December 1st!

ONLY 3 DAYS LEFT to get early access to Marcellus Hall an Artist in New York City and get some gift shopping done for the holidays!

Audio and visual storytelling through high quality technical production of story, audio, and visuals that draw in audiences.

Be the first to know and let us send you an email when Fourwind Films posts news and promotions. Your email address will not be used for any other purpose, and you can unsubscribe at any time.

Send a message to Fourwind Films: 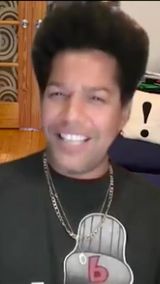 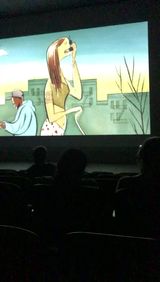 Fourwind Films is an internationally minded creative production company that amplifies elite expression in media by creating high quality technical production of story, audio, and visuals that draw in audiences.

We provide filmmakers with experience to develop skills and master their craft as story technicians.

We value cultural diversity as it strengthens ideas, improves efficiency, and produces art that reaches wider audiences by familiarizing ourselves with audience members who crave content that has been lacking due to lack of social awareness and social oppression.

We tell stories that have social impact while maintaining profitability and building a network of top filmmakers.

WDEK Ep. 100 - We celebrate 100 Episodes and with a special documentary screening of Marcellus Hall An Artist in NYC. Marcellus Hall - PART 1 - Tues 2/22/22 (We have taken the documentary offline and will only share opening of documentary - Follow Fourwind Films to find out how to see the documentary)
Save the Date: Tues. Feb. 22, 2022 8PM EST for We Don't Even Know 100th episode (we are a monthly podcast so 100 episodes is a damn long time) special with a 35 min. screening of the award winning Fourwind Films' documentary of "Marcellus Hall An Artist in New York City" along with a live chat & Q&A with WDEK's long time friend illustrator, musician, the legend Marcellus Hall himself. Join co-hosts Shonali Bhowmik & @Christian felix along with Justin The Intern on Feb. 22, 2022 at 8PM EST on YT Live or here on FB Live for this very special episode!
Come learn about visual artists Alma Thomas and Marcellus Hall at the Lake County Film Festival, and meet director Justin Joseph Hall from Fourwind Films! Playing at College of Lake County + Three Brothers Theatre. Tickets available here: https://lakecountyfilmfestival.org/28/2021-11-07/art #LakeCounty #shortfilm #docfilms #filmfestival #lcff2021 #MarcellusHall #missalmathomas
A practice run for the film festival, I'm talking to Justin Joseph Hall, director of the short film Prologue from Fourwind Films, screening before Seven Short Films About Our Marriage, although we mostly talked about the feature documentary he is currently editing, and some musical artists we both like.
We are happy to announce that we'll be premiering Prologue at the Cinematic Panic festival coming up next week. We'll keep you posted with more details ASAP! #prologue2020 #indieFilmmaking
is this jon alperts company?...I would like to know what happened to his three older campesinos in cuba ? thank you. ALL ABOUT CUBA is a group on facebook
Our Sixth Holiday Mixer date is set at DCTV for December 6th. Don’t miss out on the free drinks like our Hot Toddies, entertainment and raffle. Please come celebrate with our international family. #freeNYC #christmasParty
I have many short films. Writers. Mobile number 99273 79556. Gyan singh nainital u k.