The Bowdoin Orient is a student-run weekly publication dedicated to providing news and media relevant to the College community. Editorially independent of the College and its administrators, the Orient pursues such content freely and thoroughly, following professional journalistic standards in writing and reporting. The Orient is committed to serving as an open forum for thoughtful and diverse discussion and debate on issues of interest to the College community.

The Bowdoin Orient is a student-run weekly publication dedicated to providing news and media relevant to the College community. Editorially independent of the College and its administrators, the Orient pursues such content freely and thoroughly, following professional journalistic standards in writing and reporting. The Orient is committed to serving as an open forum for thoughtful and diverse discussion and debate on issues of interest to the College community.

Mike Ranen announced testing protocols upon returning from spring break and the potential for easing masking and testing restrictions if cases remain low.

In an email to the student body on Thursday, Covid-19 Resource Coordinator Mike Ranen announced that all students are expected to take an antigen test before traveling back to the College after spring…

Pipe bursts in Brunswick Apartments on Tuesday – The Bowdoin Orient

The Eisenhower Forum at Bowdoin hosts Alfred Cowles Professor of Political Science and Professor of Philosophy at Yale University Steven B. Smith, speaking on the topic of patriotism in modern times.

On Monday afternoon, Steven B. Smith, Alfred Cowles Professor of Political Science and Professor of Philosophy at Yale University, gave a virtual lecture hosted by the Eisenhower Forum…

Is it really equity, Clayton? – The Bowdoin Orient

“While there is more socioeconomic diversity at Bowdoin now than in its sordid past, let’s not pretend that the elitism, privilege and exclusion that it was founded on isn’t here anymore,” argues Sophie Wilson ’22.

When I first heard about the new MacBook initiative, I was thrilled. As a member of the first group of students to receive and benefit from the school-wide iPad initiative, it was heartwarming to hear…

NATIONAL TREASURE Following its performance in the Kurtz Cup Division of College Squash Association Nationals, the women’s squash team ended the year ranked 16th in the nation. Going into the matches…

The humble pub trivia game may be a lighthearted, spontaneous event for most Bowdoin students, but the game is a regular—and very serious—part of the week for the Bowdoin Quiz Bowl team. “I think…

“We tell women to carry guns, carry mace, carry pepper spray, to protect them[selves] from [men], and that is why this conversation has to be about engaging men in a positive, sustainable way,” said Don McPherson to student-athletes in a talk on “Relationship Excellence.”

Bowdoin IT shuts down Better Bowdoin Directory – The Bowdoin Orient

James Little ‘19 created the “Better Bowdoin Directory” in 2018 as an improvement to the school-sponsored directory. This week, the site was taken down for privacy reasons at the request of the Bowdoin IT Department.

Users of the underground college directory known as the “Better Bowdoin Directory” were greeted by an upsetting message Wednesday when they tried to visit the site. Instead of the usual search bars…

Trick or treat: how pornography shapes desire – The Bowdoin Orient

Ellie Chan ’25 explains the cognitive dissonance created by pornography: “The conflation of sexualization and pornographization—and the representation of these as democratized desires—suggests that pornography portrays the community’s sexual desires. In other words, pornography is equated with sex rather than a particular kind of sex.”

As Cady Heron says in Mean Girls, “in girl world, Halloween is the one time of year a girl can dress like a total slut, and no other girl can say anything about it.” The sexualization of Halloween has…

Polar Bear of the Week: Charlotte Hodge ’25 – The Bowdoin Orient

At the New England Division III Indoor Track and Field Championships this past weekend, Charlotte Hodge ’25 helped lead the women’s team to its best result since 2012. Her victory in the pole vault…

Photographing the intersection of motion and emotion – The Bowdoin Orient

Marcia Resnick tells of her journey as a photographer and her work now featured in the BCMA.

Marcia Resnick was five years old when her art was first hung in a gallery. Now, 66 years later, Resnick’s art is featured here at Bowdoin, culminating a curation project that began before the…

Benjamin Felser '22, Ethan Strull '22 and Noah Gans '22 host the first of three conversations in their new series: “Healthy Masculinities in the Outdoors”.

On Tuesday evening, a group of male- and non-binary-identifying students gathered at the Schwartz Outdoor Leadership Center to discuss the role healthy masculinity plays in the outdoors.

LePage, back on stage? – The Bowdoin Orient

“[LePage’s candidacy] can’t be ignored as someone else's problem when civil liberties are being treated as subordinate to financial progress and clout. To attend college in Maine means to live among the people who worry about what a change in leadership may mean for their wellbeing,” writes Emma Fortier ’24.

Paul Richard LePage could potentially be Maine’s governor again. Lepage is the man who vetoed Medicaid expansion seven times and who bragged about an evidence binder of racially-targeted crimes that…

Bowdoin Women in Mathematics hosts Mathematician Wanlin Li to discuss her career path from a first-gen college student in China to a PhD, research, and professorship.

Mathematician Wanlin Li from the Centre de Recherches Mathématiques in Montreal delivered two talks to the Bowdoin community over Zoom on Tuesday. She first presented a lecture, “Diophantine Problems…

Despite their loss against Amherst, Bowdoin Women’s hockey had a season to be proud of and were thankful to be back together

Speaking with women’s hockey players, it’s difficult to tell that the team lost to Amherst College this weekend in the first round of the playoffs. Despite the loss, Bowdoin outshot Amherst by an…

The secret in the pines: appreciating nature close to home – The Bowdoin Orient

Jane Olsen ’24 shares all there is to love about the Bowdoin Pines, a trail across Bath Road which is “quintessentially Maine.”

The Bowdoin Pines is a quaint trail on the edge of campus that provides access to nature only minutes from dorms, classrooms or whichever Brunswick spaces you most frequently occupy. With no need for…

“[Harwood] is well-known as a person of great integrity, and a really strong leader… Most importantly, [he] is the perfect fit for Bowdoin.” Randy Nichols advocates for Bowdoin’s soon-to-be Assistant Director of Safety and Security.

By the end of the month, the Office of Safety and Security will have a second former high-ranking state police officer in its senior leadership. Lt. Col. William “Bill” Harwood, a 30-year veteran of…

Bowdoin Men’s Hockey ended their three-win streak against Connecticut College in the first round of NESCAC tournament, but has high expectations for next season.

After making it to the first round of the NESCAC Championships, the men’s hockey team concluded its season with a record of 8-10-4 (8-7-3 NESCAC). The team’s season ended prematurely in a surprising…

This month in Bowdoin history – The Bowdoin Orient

200 years ago student dormitory Maine Hall burned down in a fire.

Civil Rights Movement comes to Bowdoin, students participate across nation From March 7 to March 21, 1965, thousands of nonviolent civil rights demonstrators marched from Selma to Montgomery, Ala.

On Monday, mozzarella stick lovers and buffalo chicken fingers enthusiasts alike rejoiced in the opening of Jack Magee’s Pub & Grill, or what Bowdoin students call “the Pub.” Located in an alcove of…

This month in Bowdoin history – The Bowdoin Orient

From Selma to Brunswick, read about Bowdoin Students during the Civil Rights movement.

Civil Rights Movement comes to Bowdoin, students participate across nation From March 7 to March 21, 1965, thousands of nonviolent civil rights demonstrators marched from Selma to Montgomery, Ala.

Six members of the Bowdoin curling team will begin their spring breaks by traveling to Fargo, ND to compete in the USA College Curling Championship from March 11 to 13. Bowdoin enters the tournament…

The explosive satire of ‘The Good Fight’ – The Bowdoin Orient

When Donald Trump ascended to the White House in 2017, the creators of CBS’s “The Good Fight” found themselves unable to continue its feel-good vision of an “optimistic” second season. “The current…

So long, and thanks for the all the fish – The Bowdoin Orient

“Last week we were given some strong, necessary medicine by trusted doctors who know what they are doing. We were able to engage with people who care about this community, and to whom we will turn even more in the coming months and years. This week, however, we had doughnuts stuffed down our throat by the pastry-chef whom Socrates warned us about in the Gorgias,” writes Professor Robert Sobak.

On Friday, February 25 the best of what Bowdoin can be was on full display. Professors Laura Henry, Page Herrlinger, Reed Johnson and Mira Nikolova guided students, faculty and staff—all packed like…

On Wednesday night, Arthur Brooks spoke on “Life Lessons from Covid-19” to members of the Bowdoin and local communities. After making friendly small talk with President Clayton Rose as everyone got…

The Board of Trustees granted tenure to nine faculty members in February.

On the weekend of February 10, the Board of Trustees officially promoted nine faculty members from assistant to associate professors, which grants them tenure at the College. The shift goes into…

Rise up for RISE – The Bowdoin Orient

RISE, an annual production featuring the stories of Bowdoin women, is back in person for the first time since February 2020.

Many campus events have taken a back seat due to pandemic restrictions, including RISE. An annual production sharing the personal narratives and experiences of Bowdoin women, RISE will take place in…

Faculty members host a discussion on the current crisis in Ukraine.

Following the news of Russia’s invasion of Ukraine last Wednesday, over one hundred students and members of the College community attended a talk hosted by four faculty members last Friday to discuss…

On Tuesday, the College launched its Digital Excellence Commitment (DExC), a plan to enhance its engagement with digital equity, building on the announcement by the Bowdoin Information Technology…

Nora Sullivan-Horner ’24 gives her advice on dealing with loss, guilt and forgiveness.

I don’t know who needs to hear this. Maybe just myself. So to whomever I’m writing for, I hope this finds you well. I hope what I say brings you comfort or insight. At the very least, I hope you know…

Sophia Danenberg, the first African American and first Black woman to summit Mount Everest, explored the connection between privilege and the outdoors in a Zoom screening to Bowdoin students.

On Tuesday night in Roux Lantern, the Bowdoin Outing Club (BOC) screened “Ain’t No Mountain High Enough, But It’s Complicated,” a virtual conversation about the representation of Black women in the…

The College hosts Dr. Aomawa Shields as the 2022 Kibbe Science Lecturer for a talk titled: “The Search for Life (and A Life) on Planets, Including This One.”

On Wednesday evening, Dr. Aomawa Shields delivered this year’s Kibbe Science Lecture titled “The Search for Life (and A Life) on Planets, Including This One.” The event was held in Kresge Auditorium…

The artificial environment created by headphones – The Bowdoin Orient

”The ‘medium is the message,’…In the case of modern-day headphones, the medium has taken a deciding stake in how we experience the world,” writes Saul Cuevas-Landeros ’23

When Bose released its QuietComfort 2 headphones, it successfully introduced a world without noise for the masses. These headphones were one of the first to silence the outside world while not…

Be the first to know and let us send you an email when The Bowdoin Orient posts news and promotions. Your email address will not be used for any other purpose, and you can unsubscribe at any time.

Send a message to The Bowdoin Orient: 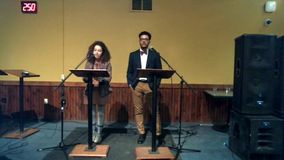 Other Media/News Companies in Brunswick