New music form The Daize atreaming know on Amazon and all other online reputable portals!

Check out the trailer to Raymond Wood’s 1st Summoning and then go and watch on Netflix!! Congrats Ray!!

Excited to announce this feature length documentary, 4 years in the making, is story locked and soon to be hitting the festival road!!

Directed by Jamie Roberts. With Ian Rowlands, Dafydd Wyn Roberts. In search of 'Die kunst', (the art), filmmaker Jamie Roberts and co-conspirator Steve Loiacano travel across Europe recording music, freewheeling, and whimsically romanticizing and discussing the philosophy of art and the artist. 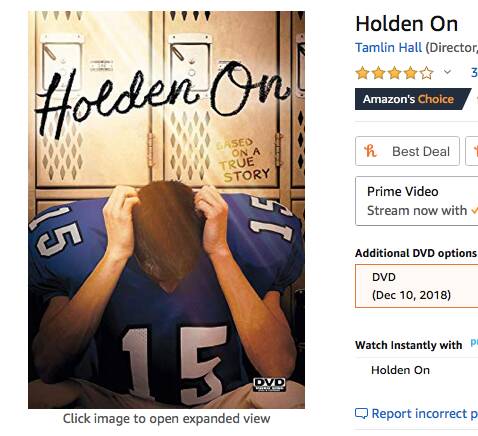 Still making waves with this magical movie!! Holden On the film has spawned an incredible movement with Tamlin Hall at the reins. Please take a watch on Amazon’s platform or better yet get yourselves a physical copy or download on ITunes today. Also check out all the latest endeavors from Hope Givers!!

Another fun one from team Ductape!!

This is "ORGN3560H" by Ductape, Inc. on Vimeo, the home for high quality videos and the people who love them. 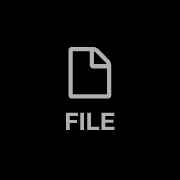 Behind the scenes Camry V01 RC1.mp4

Fun behind the scenes footage from “Toyota Boldtar” commercial campaign we did with Watto studios a couple years back!! Thanks for sharing Luis!! 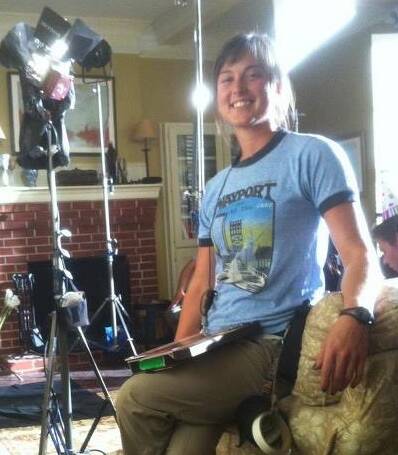 It’s never worth the shot!! A crew should be treated like your family; always keep them safe and feed them well!!

Wednesday, February 20th marks the 5-year anniversary of Sarah Jones’ tragic death on the Midnight Rider film set in Georgia. The past 5 years encompassed court trials, many depositions and volumes of testimonies in order to try to understand what led to such a senseless loss of life. How could this have happened, and what can we do to keep it from happening again?

As a way to express grief for Sarah Jones' passing, friends in the film industry set up a Facebook campaign called ‘Slates for Sarah’. What followed was overwhelming. Movie and TV crews from around the world posted photos of themselves with their camera slates and tributes, not only in memory of Sarah, but as a reminder to always make safety a priority on set.

In the days that followed, Elizabeth and I were approached by many, asking us to be a voice to address their set safety concerns. They feared that they would be blacklisted should they speak out. This led to the creation of the Sarah Jones Film Foundation and its ‘Safety for Sarah’ initiatives.

The Sarah Jones Film Foundation began to take hold with its mission to foster on-set safety through awareness and accountability. Our motto is ‘Never Forget – Never Again’. Our drive is to create a legacy that carries Sarah’s bright and positive spirit forward in a way that will hopefully keep others from meeting her heartbreaking fate. We continue to promote safety awareness through walk-a-thons, field days, stickers, graphics, social media, t-shirts, scholarships and camera crew opportunities.

In addition to our efforts to maintain awareness, we are working to make a permanent cultural change to the industry by starting with the industry’s future: its youth. Thus the ‘Sarah Jones Safety Grant Program’. The grants supply funds to film students to be used for such appropriate safety needs as proper permits, police to direct traffic, professional stunt coordinators, on-set medics, legal street closures, etc. We also visit and talk to the students at various universities to plant a seed emphasizing the importance of safety as an essential part of a production, no matter what the budget. Grant recipients have included students at USC, Columbia University, University of Georgia at Athens, and Ryerson University in Toronto, with other film schools on the horizon for our ongoing expansion of these grant awards.

So, while many of the efforts of the Sarah Jones Film Foundation are laying the groundwork for a safe industry, we would like to receive some feedback as to whether we are making an impact in your daily work lives. Please consider the following questions:

Do you see a difference in safety awareness and practices on set since Sarah’s death? Do you feel more empowered to speak out to address an unsafe situation? We count on your feedback in order to help us make decisions as to the best way to move forward. Responses may be submitted via SafetyForSarah.org and [email protected].

At your crew safety meeting on February 20th, we urge you to call for one minute of silence to remember Sarah and others we've lost in this fine industry, prior to calling your Jonesy Shot – the first shot of the day. We are grateful for your support in honoring Sarah's memory as a way to transform this tragedy into a force for positive change.

Produced this fun little project with The Ductape team. US National campaign for GotPrint.com. Big thank you to Matt Fahey and Todd Johnson on this one!!

Who wants the last copy?! ‘Holden On’, selling like Hot Cakes and rightly so!!

Wow. About to sell out of all the DVD copies on in less than a month!!!! THANK YOU so much 🙏 to all our supporters who believed in our message to highlight in a story about and
Big Hugs & keep ✌️
•

Life as an artist: Lose the fear and do your own thing. By Swarez Art

We’re excited to announce we’re in the early stages working with Artist Edd Swarez on a feature length documentary. See a teaser from the folks at Flex Films, enjoy!!

A short film on being an artist; why fear will hold you back and why it's important to keep focused on the important things. See inside the gallery and studi...

PSA we produced last year is about to start doing the rounds. Great project. Great people.


This is "VOTE FOR GUN CONTROL" by Luis Aira on Vimeo, the home for high quality videos and the people who love them.

Signed a deal with Vega Baby on Big Legend, a film I had the privilege to produce last year. Hitting the press!!

More of this week's news for industry insiders. 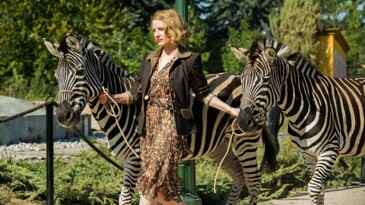 Film I produced with Tamlin Hall and James Cooney is receiving praise from fans and critics alike ahead of our world premier at the Atlanta Film Festival later this month.

Atlanta film-lovers are in luck. An incredible film project i was privileged to Produce. Please check out the movie and the incredible story behind the story and like if you feel so inclined. The film is doing the festival circuit in 2017 and will find a distribution home to reach the masses.

Holden's journey to keep his mental illness a secret at all costs.

JMR custom made all in one Mosquito protective attire. ORDER NOW!!

New series we produced interview content for in L.A. Earlier in the year.

About Real Story Of This series unpicks fact from fiction with interviews from the real people behind these extraordinary events. Each story is brought to life with enthralling dramatic reconstruction and archive footage of the actual events. What really happened is more intriguing, more thrilling a...

Genius Stephen Hawking Where are we? Episode 1

Watch Full episodes of Genius now on youtube via PBS. Had the pleasure of helping produce the U.S. content in multiple episodes through the run. Proud of this one. Great doc' series.

In his new research program Professor Stephen Hawking will show our true potential, forcing the elected team of volunteers (as well as the audience) to think... 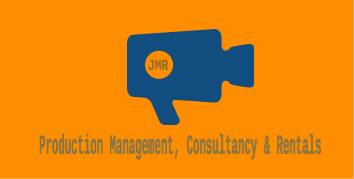 Be the first to know and let us send you an email when JMR Creative Industry posts news and promotions. Your email address will not be used for any other purpose, and you can unsubscribe at any time.

Other Media/News Companies in Burbank

Other Media/News Companies in Burbank (show all)