Bam!PRODUCED. LLC An LA-Based production company, formed by a band of misfits. Connisseur’s of grand spectacles and intimate tales, they are dedicated to producing stories that are entertaining, action-packed, and telling of the world in which they live.

They operate on multiple levels of production from inception of an idea through delivery. Often and undeniably expressive with their wants, they’ll still pool resources and co-operate with those indistinguishable creatures of no divide, but be cautious, this group of mavericks have a mind of their own.

Bam!PRODUCED has changed it's name to Blueprint No. 88. Our branding and images will change soon but the quality of our content will not! We're also very excited to add two new members to our team, Eric Brodeur and Ed Morrone. You'll learn more about them in the near future!

The poster for our latest short film, Stranded!

Come see a screening of Catching Fireflies at Savannah Film Festival Screenings are Wednesday 10/28 at 10:00am and also on Saturday 10/31 at 1:30pm. Please come out and show your support for our film's message about global homelessness.
Tickets available at http://filmfest.scad.edu/schedule#pro-shorts 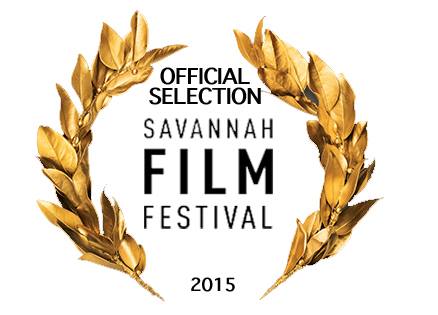 We are excited to be a part of Savannah Film Festival and to be among this years fantastic lineup! Thank you for accepting our film and allowing us to continue to share our message about global homelessness.

(WARNING: Redband trailer, nudity/gore) This is a pitch trailer for Fugue State. This is meant to show tone/pacing/story and is not a real trailer. Let us know what you think? Would you go see this movie?

Fugue State is a psychological thriller from writer-director Ty Leisher and producer Alexis Edelman. This spec trailer (ripomatic) is meant to showcase our tone…

We are producing a feature film called FUGUE STATE:
Fugue State is a neo-noir thriller following a small town detective and a derailing washed out cop as they investigate multiple whistle-stop homicides including the murder of the cops father. The cop's intense visions are haunting, leading the audience through a head-first barrel into macabre territory. This psychological crossword puzzle is perfectly compelling and raw. Writer and director Ty Leisher, has taken conventions of a detective thriller and made it his own, following in the footsteps of other procedural dramas such as Memento and The Machinist, to tell a story that functions as an unpredictable masterpiece. W/ Alexis Edelman, Rico McClinton, Ed Morrone, & Eric Brodeur.

A review of Catching Fireflies by @TheNewCurrent. Thank you for reviewing our social awareness film and thanks for your support.

We are extremely thrilled to finally announce our official acceptance into the well respected LA Shorts Fest! Not only is it special for us because it's here in Los Angeles, but it is one of very few festivals that is officially recognized by the Academy of Motion Pictures Arts and Sciences. Winning films may go on to receive Oscar nominations. They are the only festival with 7 awards recognized by the Academy.

It is also recognized by the British Academy of Film and Television Arts as an official qualifying event for the short film awards. This means that award-winners at the festival are eligible to win BAFTA's.

This is a huge deal and we are very honored to be amongst this year's selection. The festival will take place September 3-10, 2015 at L.A. LIVE Regal Cinemas Stadium 14. Schedule and screen times will be announced soon, stay tuned!

The momentum continues as we have been selected into FirstGlance Film Festivals (Hollywood, Philadelphia). For the first time in 18 years, FirstGlance changed up their festival theme to include high concept genre indie films and the response was astounding! This year you may take a flight to Vulcan, go back to the future, see some of the biggest Star Wars Collections in the World, get scared out of your mind with some of the most amazing horror indies we've seen, travel to fantasy worlds created in a child's mind, and at the same time you'll be touched by great original indie film voices from across the globe.

“Proud of our film & it's momentum. TY to all our supporters for helping us #spreadthemessage. #bethedifference”

We are thrilled to announce our official selection into the Carmel International Film Festival. We are grateful to be a part of your 2015 lineup and to have the opportunity to continue spreading our message of global homelessness. More festival information coming soon!
#bethedifference #spreadthemessage #awareness #homelessness #filmfestival #officialselection #CarmelFilmFest2015

Hey Florida friends and family! Here is another chance for you to see a screening of Catching Fireflies. We are excited to announce our acceptance into the Orlando Film Festival, October 21-25, 2015. http://orlandofilmfest.com More details to come soon! 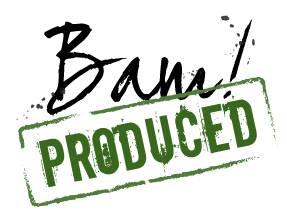 Fugue State. I am what I am.

Join my new campaign and DONATE YOUR SOCIAL VOICE -

I’m starting an online campaign to raise awareness of my proof of concept pitch for our upcoming feature film. Since you and your friends enjoyed our show Bullets and watching our other successful projects like Classic Alice and Catching Fireflies, I wanted to invite you to add your Facebook and Twitter support.

It couldn’t be any easier to help us get the word out. We are using a platform called Thunderclap which is a new platform that allows people to pledge a Tweet or Facebook message that is concentrated and unleashed all at the same time. think of it as a massive flash mob on your social channels. Its completely safe and will automatically post exactly one message on your behalf.

It takes 5 seconds to join.

I just supported Fugue State. I am what I am. on @ThunderclapIt // @BamPRODUCED

The power of our imagination makes us infinite. 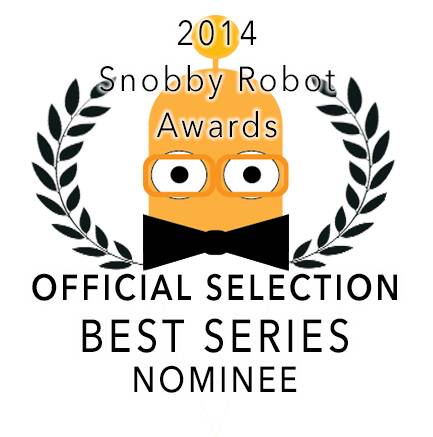 Go Classic Alice and the entire Cast & Crew who have made Seasons 2 - 7 AMAZING. Way to go. Here's to looking out for the other festivals we submitted to. If you can support the IGG campaign for the next set of seasons, please visit igg.me/at/SaveAlice. Kate Hackett is a superstar!

Help Alice keep living life one book at a time in the innovative series "Classic Alice" -- Books 8+! | Crowdfunding is a democratic way to support the fundraising needs of your community. Make a contribution today! 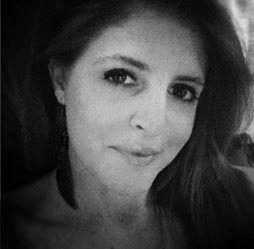 Have you met our Producers yet? I don't think so, here they are!
Alexis Edelman Is our seasoned producer who has worked on many projects such as Bullets TV and Classic Alice.
Zach Silverman is a full time actor, first time producer taking a break from being in front of the camera to help bring this project to life!

The script, written by writing team Jeff Graham and Laura Palmer, is a fast-paced, flashback comedy centering on a young star and his entourage who mistakenly find themselves thrown in jail. To leverage their way out of incarceration, they must first work together to recollect how they got there in the first place.

On co-writing the series with Palmer, Graham offers, “I’ve never met a writer with whom I have better creative chemistry. Laura’s improvisational background and intern experience at Saturday Night Live have made her well versed in the art of comedy. My writing experience is almost exclusively in feature length projects, so I tend towards developing structure and narrative. This balance made for a stellar writing experience and an even better script.”

The series is already cast and will feature six break-through principal actors from Hollywood’s highly regarded Scott Sedita Acting Studio. Other actors associated with this studio include Emma Roberts, Kellan Lutz, and Brandon Routh. The series will be produced as a partnership between Bam!PRODUCED. and Man of Silver Productions. Award winning producer Lex Edelman has signed on to the project alongside Zach Silverman.

In today’s media climate, crowdfunding is quickly evolving as an effective financing tool for creative projects. Remarkably, crowdfunding is a valuable resource for both small and large media projects; studios were shocked when crowdfunding campaigns recently funded Zach Braff’s indie film Wish I Was Here, and a Veronica Mars film reboot by raising millions of dollars.

As is typical with other crowdfunded projects, donors to Spin will receives perks based on their contribution level. Projected perks include digital downloads, signed merchandise, and associate producer credits for high-level donors. On this dynamic, Leisher offers, “our project gets funded and investors benefit from the completion of the project. It’s a win-win for everyone involved.”

After a wild night lands a young star and his entourage in jail, they're shocked to discover that they can't get out until they figure out how they got in.

Day 2 of filming the trailer for Spin. Looking good. Lots of laughs to come...

Hey ALL, Bam! is producing and directing yet another web series called Spin. The series is a dramedy that is similar to the Hangover: A wild night lands a young star and his entourage in jail, leading them to recount the fuzzy details of their interconnected antics. We have a truly talented crew and cast on board and i'm super excited to share this with you as it develops. We are currently gearing up to film a trailer at the end of the month, so please check out our page for now and LIKE the page to help us build our initial fanbase.

After a wild night lands a young star and his entourage in jail, they're shocked to discover that they can't get out until they figure out how they got in.

We are proudly working on Season 2 which is going to be bigger, better, and much different than you would expect after seeing Season 1. Stay tuned...

What was your favorite moment from season one? Watch the full season now if you haven't seen it! http://bit.ly/bulletsep1

Bam!PRODUCED. is a creative filmmaking house, specializing in producing Dramas, Crime-Thrillers, Biopics, Action, and Survivor films. With over 20 nominations in 2015 and wins for Best Picture & Outstanding Producing, nothing is impossible for the Bam! creatives. The team has shared the same vision since the company's inception in 2010 and continue to grow a compelling slate of both adventurous and inspirational films while pushing the boundaries toward perfection.

Be the first to know and let us send you an email when Blueprint No. 88 posts news and promotions. Your email address will not be used for any other purpose, and you can unsubscribe at any time.

Send a message to Blueprint No. 88: