These were good times and captured some great moments. Enjoy

Behind the scenes of the Holidaydream photo shoot. Video by Josh David Jordan.

Was quite the pleasure recording vocals with @tennesseejet , @codyjinks and @paulcauthen . The amazing @elizabethcookforsheriff vocal sent from Nashville. Put a U47 in front of these guys and get out of the way. Great time co-producing this track and all the special people on it. #panchoandlefty #neveconsole #neumannu47 #musicproducers #thecountry #martinguitars #trumpet

Excited on the release of the 2nd single off the upcoming @tennesseejet record. Was such a great journey being a part of this record. Go give it a click.

#Repost @tennesseejet with @get_repost
・・・
New Single premier via @wideopencountry! Tennessee Jet's forthcoming album The Country (out Sept. 4 via Thirty Tigers) reflects the hardcore h***y tonk and honest country songs that served as the soundtrack of his childhood, when he traveled on the rodeo circuit with his bronc-riding father and barrel-racing mother.

As always, was great to be a part of Clay Pendergrass 's vision. His musical well runs deep, welcoming unchartered territories when recording. Go give it a spin.

“The Standoff”. Sometimes when deciding whose singing which verse of song an impasse arises. Actually it’s a special day in the studio when not one, but two guys @tennesseejet @codyjinks have voices that a Neumann U47 was made for. #neumann #neveconsole #recordingstudio #recording #musicproduction #valvestudios

Recording vocals with @snoopdogg was just as expected...unbelievable. His skills and creativity are in that other world. And when snoop listens loud in the control room afterwards and says “this s**t sounds so dope” and that “we caught a vibe in here tonight”...well, you know you probably did something good this night.

Thanks to my crew that helped this go down. You know who you are. #vocals #recordingstudio #snoopdogg #neveconsole #neumann #valvestudios #musicproduction

When I heard about the passing of Eddie Money, we were doing a fly-up show, up near where Rob lives in the Poconos. We went to his favorite bar for lunch. The place is called Flood’s, and he never shuts up about it. We found ourselves in a really comfortable bar, with a great staff, cold Miller Lite, and great food. WE took over the jukebox and played nothing but Eddie Money. It was one of those times, where a song starts and you are like, “Oh yeah!!!”

I couldn’t get it out of my head that we had recorded that song before. And then I remember that we did some music for a movie, many years back, called “Two Tickets To Paradise”! Surely we recorded THAT song!!! I looked everywhere, through my stuff, but man, 13 years ago…Where would that be?!?! On a CD? I looked everywhere I could, but nothing.

I sent a text to D.B. Sweeney. Star, writer and director of the movie. Google him. You know him. He wrote right back! but…Nothing. He had “Ride Of a Lifetime", a song that was in the movie, but so did I. I asked if he remembered us recording it. He said he thought so. I swore to everyone…”I know we did guys.” We weren’t sure they would get clearance to use the song, but we did it anyway.

The last hope was my great friend Casey DiIorio at Valve studios. We always recorded our tv and film songs there, as well as B sides and demos. But 2006?!?!?! We talked a bit. He kind of remembered. But it was a long shot. In those days, we recorded to two inch tape! That means, no computers. No storage place it could just magically be. He would have to physically find that tape, load it onto the machine, and even then, who knows what we had recorded, or how good it was!!

It took a few days. But he fu***ng found it!! Honestly, at that point, I was like, ok…Wanna just run me a mix and I’ll throw it out there? Casey insisted he remix it. Who am I to say no to that? So he took his time, and he did. We sent it to my friend Paul Logus to master it, and here it is!
A long lost cover of “Two Tickets To Paradise” that, honestly, without Casey, would have never seen the light of day! I sound young. And it doesn’t have the brightness of digital recordings these days. We should get ALL the indie cred on this, just for recording to tape! Enjoy it gang. RIP Eddie. And seriously, thank you for the insane arsenal of tunes. - Jaret (and BFS)

Click the link below to pre-save the song, for this Friday's release!

Exploring the synths with @kirkpatricksean has been a pleasure. Getting some great sounds and extra parts for these Halle Horn songs. #moogvoyager #davesmithinstruments #streichfett #neveconsole #musicproducer #musicproduction #synths

Exploring the synths with @kirkpatricksean has been a pleasure. Getting some great sounds and extra parts for these Halle Horn songs. #moogvoyager #davesmithinstruments #streichfett #neveconsole #musicproducer #musicproduction #synths

Had this fine gent @gktrocks in the studio working with @caseydiiorio_ a couple times the last few weeks working on his next single. As you see he has skills on all the rock instruments. #valvestudios #musicproducer #recordingstudio #neveconsole #neumannu67 #guitar

Mint all original tube Altec 1567...anyone out there had the pleasure of using one? Sounds pretty sweet. @nickevanslovesyou with the knowledge. #valvestudios #alteclansing #recordingstudio #recordproducer

Day 4. Songwriting, keys and vocals with Halle Horn. One more day before she returns to Atlanta. New keys are working themselves into the rotation. #valvestudios #musicproducer #neveconsole #rolandjuno60 #matrixbrute #op1teenageengineering #recordingstudio

Finally mixing @_n.snyder_ debut EP. Besides these guys being amazing players, we got some really great songs on this thing. Rock. And. Roll. @psmithmusic @lukecallaway #musicproducer #neveconsole #valvestudios #echoplex We were honored to produce this record and be a part of this guy spreading his wings. @garrettbryanmusic is the real deal. We started with a clean slate to make this with some great people. @kimberlyabrian @garrettbryan @caseydiiorio_ made a good one here. #valvestudios #recordingstudio #americana #rock #musicproduction

Great and unique Christmas track we helped on overdubs and mixing. Some DJ eWi magic. Go get you some.

Be the first to know and let us send you an email when Valve Studios posts news and promotions. Your email address will not be used for any other purpose, and you can unsubscribe at any time.

Send a message to Valve Studios: 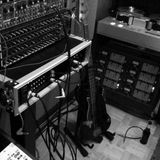 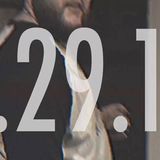 We were honored to produce this record and be a part of this guy spreading his wings. @garrettbryanmusic is the real deal. We started with a clean slate to make this with some great people. @kimberlyabrian @garrettbryan @caseydiiorio_ made a good one here. #valvestudios #recordingstudio #americana #rock #musicproduction 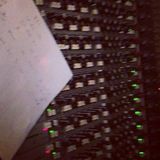 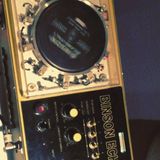 Another great few days with @thechloes . Some binson magic for I Can Change.

Other Music production in Dallas

Sunday afternoon recording session at Valve Studios Dallas.
Music, music, and more music the last few weeks. Working a great Pedal Steel session at Valve Studios with Casey Dilorio for Texas Country Artist Witt Chambers.
Blood Spatter Redecorator: The Demo! Recorded live using a 4-track cassette recorder; no instrumental overdubs, just raw punk rock nakedness and vulnerability. This song would eventually be recorded at Valve Studios in Dallas for our EP, #StoriesOfGreedSexAndMurder. "Blood spraying, an abstract mess Walls repainted in excess Artfully flying, dripping down Jackson Po***ck would be proud."
Episode 33 of Third Gear Scratch welcomes producer/engineer Casey Di Iorio of Valve Studios in Dallas TX as he explains how he got his start with bands like Bowling For Soup and The Polyphonic Spree, how exactly one is able to own and operate a successful recording studio in the age of bedroom laptop engineers, what it's like to track SnoopDogg's vocal flow, why, despite the creepiness, R Kelly is absolutely a musical genius, why he never considers bailing on the music biz even in hard times, and how to navigate raising a family within the hard-knock reality of said biz. this is your port-key to the afterlife http://linktr.ee/scratchthirdgear #thirdgearscratch #caseydiiorio #valvestudios #allenepley #snoopdogg #bowlingforsoup #polyphonicspree
#TalesFromTheStudio We finished recording our EP! We had a great time at Valve Studios and are very excited about the new tracks! Can't wait for y'all to hear 'em! We'll be mixing soon so stay tuned! #StoriesOfGreedSexAndMurder #ComboBreaker #BloodSpatterRedecorator #HolmesMadeAKilling #WhorizontalRefreshment #SlaughterThyNeighbor #AngelOfDirt #ElectricVengeance #ValveStudios #DallasTX