🔥JUST ANNOUNCED🔥 Knock out sensation, Vergil Ortiz Jr. to face undefeated contender Michael McKinson on August 6th at Dickies Arena in Fort Worth, Texas. Scheduled for 12, the fight will be streamed live on DAZN. It’s always an honor to represent you, Grand Prairie ❤️

Get your tickets to the Must See Fight Now!

Get your tickets to the Must See Fight Now!

If your in the dfw area and wants some shirts made, cups or eleven hooides check out . He took good care of us making me some hoodies I needed. He was fast and the quality was great. So go check him out

Pre-sale starts now for . Texas is getting some great fights in 2021. Make sure to get your tickets for this fight cause they will go fast.

Don't miss another great boxing event coming to dfw this us sure to be another epic event. Contact or for ticket info

What are ya'll watching this weekend and who are you picking?

Errol getting some ink done .

Going to be a great night for boxing

Sad to hear the passing of last night. We had him on the podcast and was a great dude to know. He had a great vision for

Majority draw . Right call or not ?

Focused and ready for whatever comes my way.

Congratulations to on the win this past weekend . Now he will get his very own . What boxer would you like to see next made?

Sad to see the passing of Ricky Sanchez. He was one of the first guys my brother and I met doing this. He invited us to his gym and we did a interview with Manuel-Rey Rojas. After that Ricky would always chop it up with us at different events. He was a great guy and will be very missed

A Fort Worth code compliance officer who volunteered countless hours as a boxing coach died Tuesday of COVID-19 Ricky Sanchez, 56, founded Premier Boxing Club, where he taught boys who were at least 8-years-old how to box and, more importantly, about life.

PSA‼️
I will NOT be shown on DAZN!
I will be shown on page! DOORS OPEN AT 1pm and show starts at 2pm!
.
I will keep y’all updated if anything changes!
.

"I was told a few hours before the event of the night,that I would headline" Mark "El Guero" Vazquez

We caught up with Mark "El Guero" Vazquez, where he explained what he did differently in this camp due to COVID and how he quickly changed his mindset when h... 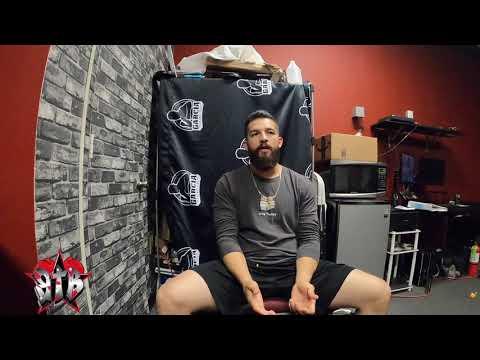 "I got the news arriving at the venue." -Rafael "Listo" Gaitan

Rafael "Listo" Gaitan, talks to us on how he found out he fight got canceled hours before being the main event of the night due to his opponent COVID test ca...

Behind The Scenes with Garcia Promotions

Behind The Scenes with Garcia Promotions

Jake Paul knocked out Nate Robinson in the second round 😳

Be the first to know and let us send you an email when Real Talk Boxing posts news and promotions. Your email address will not be used for any other purpose, and you can unsubscribe at any time. 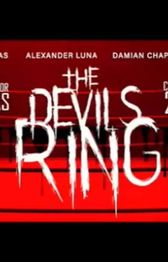 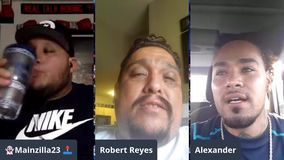 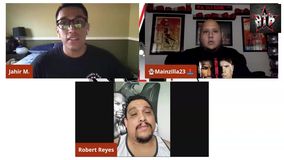 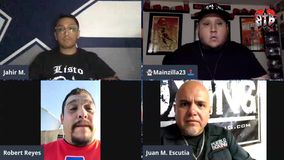 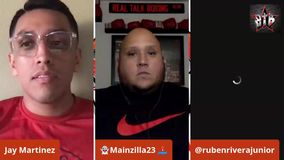 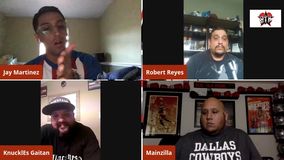 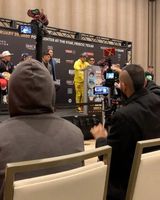 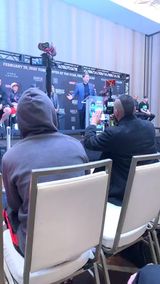 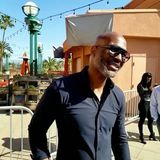 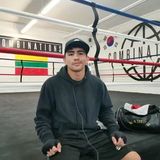 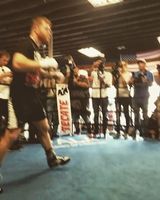 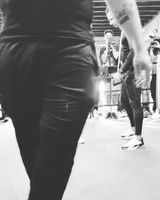 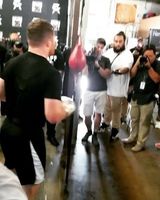 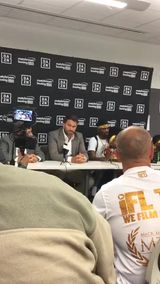 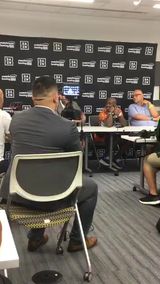 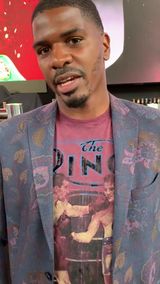 Other Media/News Companies in Dallas

I love boxing my favorite sport...
On this kind of sport we will know who is the strongest and the best fighter around the world..
Joshua got zero redemption, worthless f**k
I would like to extend this job offer to you and your friends. I am looking for truly dedicated people with a drive for excellence, safety and the ability to be pragmatic with every situation.

Positions available in the Concert, Live events and Entertaimnet industry in Dallas Texas.

Looking for profesional individuals who strive to push themselves.

I'm Offering a great new job for those willing to learn a new trade in an otherwise closed industry.

I need physically fit and healty individuals with no fear of heights and the ability to work without dropping anything.

If you want a job you can be proud of

Seasonal work that could change your life.
And become an amazing career.

Pay is anywhere from $14-$20 an hour depending on the postions your going for. With great potential after some time in the trade.

PM me for more info if you or anyone you know are interested and up for a challenge. Dallas Texas Concerts and live Events.
True
http://www.espn.com/boxing/story/_/id/25181251/floyd-mayweather-jr-schedules-bout-rizin-fighting-federation

Mayweather matching with a 20 YEAR OLD KID with 4 total fights . Now this is super cherry picking !! Not even picking a good fighter with a big draw on RIZIN Debut. But the guy is... "undefeated"
Dont forget. He was the one who Was talking all that sh** to Pacquiao about December .
Looks like he wants to stall another 4 years !! 😂
Thoughts about his opponent selection or Delaying the Pacquiao rematch that he verbally offered for December??
Wrote this for D Magazine. On two boxing gyms in Dallas's Oak Cliff area and their uncertain futures as area around them changes. Incidentally, one of the two gyms is where both Vergil Ortiz and Errol Spence Jr. began.

Largely lost in the Canelo v. GGG rematch, was Chocolatito’s return to boxing. Wrote this on that return and also, what’s increasingly been his fall from grace within Nicaragua. To the point that many of his fellow Nicaraguans root for him to lose.

Thank you for the glove! 🥊 🙌🏽
Wrote this for Bleacher Report, on tomorrow’s fight. On the surprising amount of Mexican and Mexican American fans that GGG has and why that same fan base doesn’t give their full backing to Canelo.

‪Today’s fight added to the Hellraiser YouTube channel features Cruiserweights Conroy Downer v Adam Williams on a recent York Hall show. https://youtu.be/h5sWmA-A_qI Subscribe to the channel today for loads of exclusive content.‬
Wrote short profile on Errol Spence Jr. He’s turned Dallas' attention to boxing - a remarkable accomplishment as area's famously obsessed with football, especially the Dallas Cowboys, who’re sold on Spence. Can he attract rest of country?
Looking for Mexican and Mexican American fans of Golovkin who'll be attending fight or will at least be in Las Vegas for that weekend. Working on article for big publication and I want to interview you. Tight deadline so must be during Thursday or up till early Friday morning. September 13 and 14. Feel free to instant message me if you're interested or have questions.
x

Other Media/News Companies in Dallas (show all)