Detroit Film Studio is an independent filmmaking company that produces entertainment for the world's enjoyment.

Greetings from Time Square…We are celebrating 🥳 a very “Special Sweet 16 Birthday” 🎂 for Solomon my youngest baby, who is (sniffle, sniffle) is growing up so fast. #birthday #nyc #timessquare #sweetsixteen #happy #happybirthday #love #life

A busy week of fun and adventure starts after this workout… Gotta put in the hard work in the gym. #gym #love #busyweek #fun #adventure #fitness #workout #imback

We’re triplets in our matching Lifeguard ⛑ sweats. Just some Florida shenanigans with the family 😜 Totally not missing the snow, but will be coming home to it soon…but not yet lol 😂😁😎#florida #shenanigans #orlando #matchingoutfits #family #orlando #funtimes

Things are so different when the phone is down and you can concentrate on living life instead of recording it. Just checking in with you here ❤️ in this space, while continue to turn February into an Eat, Love, Pray moment. Although, admittedly I have not seen the movie but probably should read the book 📖 #eatpraylove #inthepresent #orlando #lovinglife #love #actress #model #filmmaker #selfreflection #florida

Decided to spend the coldest month of winter in Orlando. This is a new life challenge for me. I’ve never been away from Michigan for more than 10 days, and maybe a month will turn into a year, or a decade, I’m just going with it for now. I want an extraordinary life, that requires making extraordinary changes. Getting rid of the fear of water, taking a big break from winter and fully committing to navigating my life in the direction that I want to go. Distractions are always there, but we don’t have to give in to them. #freedom #livingvicariously #model #actress #lettingo #nomorefear #courage #orlando #adventure

For the first time in my life, doing a TRIATHLON 🏊‍♀️🚴🏃🏽‍♂️has become a possibility. I’m making progress in the pool. Still have a long way to go…Day 4 of Letting Go of the Fear of Water 💦 #athlete #triathlon #swim #lettinggooffear #progress

Tackling my lifelong fear of water 💦 One Swim lesson at a time…Day 2 submerging in the water. #swimlessons #adultswim #overcomingfears #takingchances #newbeginnings

Been away for a while making some major changes in my life. I’ve missed you all a lot, but I’ll probably only pop in from time to time to check in, but quite honestly being absent has been wonderfully rewarding. I’ve become fluent in Italian, lost a lot of weight, and I’ve had more time to read for just the joy of it. LOVE ❤️ ALL. This is me TODAY ❤️ #metoday #missyou #loveyourself #loveyouall #imback

Hey 👋 It’s been a minute. I pretty much lost all of my pandemic pounds, while I was gone. Just hanging out in Miami today. #miami #pandemicweightloss #happy #itsbeenaminute

Solomon’s first haircut. He wasn’t scared at all to let go of his long curly locks. #haircut #love #babyboy #family

The moment I knew that Solomon was going to become a musician. #musician #abcs #love #babyboy #family

Solomon had so much fun at the Auto Show. #autoshow #love #family #babyboy #funtimes

Solomon loves to be silly. Here we are laughing at ourselves taking a selfie 🤩 #laughter #heart #family #love

Solomon is so sweet. One day we went for a walk, he stop at this field of dandelions to pick some flowers for his Mommy ❤️ just because… #love #family #babyboy #sosweet

Solomon was so happy to become an uncle. His sister Adrienne puts Collins in his arms for the first time. #uncle #babyboy #happy #love #family

Solomon had so much fun in Montreal. He loves to travel. #montreal #travel #vacation #family #love #babyboy

Solomon was all smiles for his first Homecoming Dance at the High School. #homecoming #babyboy #family #allsmiles #love

Solomon works so hard. He was up on the roof helping his Dad put new shingles up this summer. #homerepair #babyboy #workhard #love #family

Solomon is so Generous that over the years he donated over $300 to Help Support Kids with Epilepsy. He worked hard to earn the money mowing the lawn, taking the trash out and raking leaves just for the OPPORTUNITY TO GIVE IT ALL AWAY. #generosity #childrenwithepilepsy #babybiy #love #opportunity #payingitforward

Be the first to know and let us send you an email when Detroit Film Studio posts news and promotions. Your email address will not be used for any other purpose, and you can unsubscribe at any time. 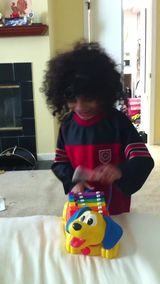 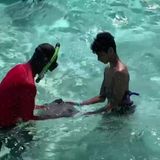 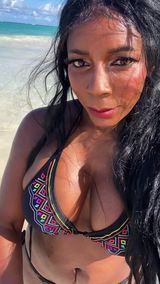 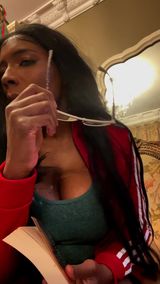 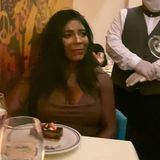 Other Broadcasting & media production in Detroit

We'd like to review more independent films. if you have one you'd like a review please send directors bio and link to [email protected]
RENT or BUY Love Espionage - Spy Revenge Tonight https://vimeo.com/ondemand/loveespionagespyrevenge
For anyone who enjoys scary movies, I just saw that a new one called Darkness Visible is premiering this Friday at the AMC Star Southfield 20! The trailer online reminded me a lot of other recent thrillers like Hereditary and The Nun, because it centers around demons and mysterious a murder spree. I really enjoy films like this that give you a good scare, so I thought I would share with anyone else who might be interested!
For anyone in dire need of a pop culture fix, I just picked up CONtv for all my media centric needs. It's perfect for anyone looking for a platform that not only caters to the classics, but everything from original series to modern films/series. Definitely worth a watch in my book.
Hey Detroit film fans! Once a popular play in L.A., #EatMe has adapted into a suspense thriller and is out tomorrow on DVD! Directed by Adrian Cruz, you won't want to miss out on this so preorder while you can!
Hey movie lovers!! I just watched an amazing horror movie film called #ADemonWithin. This movie was so terrorizing, I had nightmares for a few nights! The movie is about a demonic spirit possessing the soul of a young girl named Charlotte in her creepy Illinois home! Watch the trailer here: http://bit.ly/2ipX7bs. This is not a movie I would miss out on if you love a good scare! Available on VOD today https://itunes.apple.com/us/movie/a-demon-within/id1314236430?mt=6&ign-mpt=uo%3D4
HI
Take this fun and academic journey thorough the sexual landscape of cinema:
I always try to support independent films whenever I can, I loved this new independent sci-fi thriller, Flashburn. The acting and effects were fantastic, and I loved how unpredictable and suspenseful it was as the main character searches for a cure for a deadly epidemic that has spread across North America. It's coming out on VOD Dec. 5 and you don't want to miss it.
Documentary Filmmakers: The 26th Whitaker St Louis International Film Festival (held from Nov. 2-12, 2017) is thrilled to announce a new partnership with Tribeca Film Institute. Eligible documentary films can receive grants of up to $20,000.