We are a creative production company Born of Detroit. We use storytelling to humanize brands & change perception. Creating impactful stories. Crafted in Detroit.

Felt around the world. 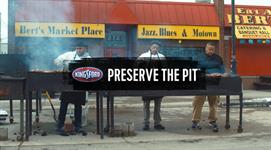 We are so grateful to have been a part of Kingsford's "Preserve the Pit" campaign that was just named "Campaign of the Year" at the 2022 PRWeek Awards US!

The campaign also won Best in Product and Brand Development and Best in Integration, as well as Honorable Mention for Best in Multicultural Marketing.

Thank you to our friends and partners at Current Global for providing us the opportunity to do what we do best, craft impactful stories.

Special shout out to our Director A'riel Ellis, Head of Post Production & Co-Founder Joseph Talbot, Director of Photography Dimitrius Alexander Ramirez, and the entire crew + pitmasters that brought this vision to life.

Kingsford’s Preserve the Pit wins Campaign of the Year at PRWeek Awards US 2022. From PR Week

The source behind the sauce.

Check out this behind-the-scenes look into the production of @audetorium's Visual Mission Statement through the eyes of @wodetroit director, @arielellis_

We could not prouder of the Visual Mission Statement we produced for Audetorium. This new multi-media company’s goal is to open the door of creativity and innovation that exists in communities across the Midwest to the whole world.

This piece is the perfect illustration of the artistic and imaginative collaboration we strive for in every story we tell at WO.

Thank you to the 60+ crew, talent, and partners for helping make this vision come to life.

Thank you to Audetorium for the opportunity and for providing us with the stage.

Welcome to the show.

We worked with 60+ cast and crew right here in Detroit to create a visual mission statement for Audetorium, a midwest-born media platform. The art and creativity has always been here — Thank you @audetorium for shining a light on it.

To watch the full video, head to @audetorium’s page.

You can learn more about how to apply for the second year of Kingsford’s #PreservethePit Fellowship at http://PreservethePit.com for grants and the opportunity to work with skilled mentors.

We are proud to share that ‘Happiest Moments’, directed by our own Ariel Ellis was chosen as a finalist for The Anthem Awards in TWO categories in the Humanitarian Action & Services category.

Thank you to our partners at the Innocence Project & Hayden5 for allowing Ari to tell this story.

Shout out to Reprise Post for killing the edit per usual!

Most importantly, this recognition increases awareness of the work that the Innocence Project does working to exonerate the wrongly convicted.

Excited to be sharing a space with our friends, collaborators and partners Che Pope and Wrkshp. Great things to come for the Detroit creative community! #detroit #wrkshp

With our amazing friends and partners at Campbell Ewald, we had the opportunity to produce this spot for OnStar that's full of Christmas spirit!

We worked with an outstanding crew and talented (and adorable) cast to bring this piece to life just in time for the holidays.

From our entire WO family, we hope you enjoy and that you have a very, very Merry Christmas and Happy New Year!

We had the pleasure to sit with @lamarrwoodley today and talk about filmmaking and video production.

Lamarr has his own production company, @area56ent, here in Detroit, where’s he putting out films, series, and content using all Detroit talent.

Go check out what @area56ent and see what they have in the works!

Filming something special in Utah.

Big thanks to the 🐐Barry Sanders for coming through (& delivering!) at our shoot today!

To celebrate #Detroitblackrestaurantweek, we collaborated with Pepsi to tell the story of Joe Louis Southern Kitchen.

Be sure to stop by Joe Louis Southern Kitchen for some VERY tasty food and to say hi Johnny!

And go support ALL local Black-owned restaurants this week!

Be sure to watch until the end…

Do you love film, and do you want to make it in Michigan?

We're looking for copywriters, who are film lovers and want films made here once again!

Help us bring back the film incentive. If you can write a rallying cry that will spur a social movement then hit us up.

For so many of us, the happiest days of our lives aren’t tainted by years of pain. "Happiest Moments" focuses on the moments missed and the memories that were never made due to wrongful imprisonment.

We are incredibly humbled to have taken home 3 Black D Awards and 3 Silver D Awards at #TheDShow last night!

Thank you to Adcraft Detroit for putting on a great virtual show and a special shout out to our guy Will Arnett presenting us with our Black D Award for Best of Craft.

Thank you to our client partners at Shinola, Pepsi, TracyLocke, NF Forward, and Cleveland Cavaliers for providing us the opportunity to tell their stories.

Thank you to Tommy Daguanno, Reprise Post, and all of our other creative collaborators.

And lastly, thank you and congratulations to all of our fellow nominees that make up this amazing creative community in Detroit.

WO partnered with Current Global to bring to life a short film as part of the campaign honoring Black barbecue in America, preserving the pit for the future!

Kingsford Celebrates the Culture of Black Barbecue with Preserve The Pit™

The Woodward Original team is excited to take home a win in the Consumer Goods category at yesterday's PRWeek #BrandFilmAwards for #PreserveThePit campaign with our client Kingsford and partner Current Global!

It was an honor to collaborate with Kingsford to craft this important story celebrating the history and culture of Black BBQ!

As a leader in barbecue for more than 100 years, Kingsford is focused on preserving the cultural history of BBQ in the Black community and investing in its f...

We're thrilled to be on The D Show 2021 shortlist!

Congrats to all of this year’s shortlist honorees! It's great to be a part of such a strong creative community in Detroit.

This year’s D Show will be on Thursday, 6/24 at 6PM. More details to be announced soon! Adcraft Detroit

From Rocky to the Wu-Tang!

WO welcomes Bengali-American director Shomi Patwary to the roster.

We sat down with him to discuss his creative approach to filmmaking.

1 day, 12 hours, 30 minutes left to place YOUR vote for Woodward Original, Cranbrook Academy of Art, and StockX at The Webby Awards!

Links below! We appreciate your support!

"This is the Space", the brand manifesto piece we produced for Cranbrook Academy of Art, was nominated for TWO categories in the 25th Annual The Webby Awards!

Our friends at StockX also received a Webby nomination for their short doc on Reese Cooper, “We’re Not Particularly Talented, We Just Try Hard” that we collaborated with them on during post-production.

The nominations are step one, but now we need YOU for the next step. From now until May 6th, voting is open for all Webby Awards categories.

Vote in the link here: https://linktr.ee/WoodwardOriginal

We are thrilled to share that our Preserve The Pit piece we produced for Kingsford in collaboration with Current Global has been shortlisted in FOUR categories for the 2021 #BrandFilmAwards, presented by Medical Marketing & Media (MM&M), PRWeek, and Campaign US!

Watch the full Preserve The Pit video on our website: https://www.woodwardoriginal.com/work/preservethepit

MM+M, PRWeek and Campaign US present the finalists for the annual awards show.

Be the first to know and let us send you an email when Woodward Original posts news and promotions. Your email address will not be used for any other purpose, and you can unsubscribe at any time.

Send a message to Woodward Original:

"For so many of our young people, second chances are hard to come by. When you're faced with adversity, it's easy to fall before you can rise. Most people will resort to extreme measures when they are simply on a path of survival. Goodwill Industries of Greater Detroit's #FlipTheScript program aims to change that by offering a second chance in a variety of ways but most importantly; by loving you back to life.” -Director Hamoody Jaafar

We were blessed with the opportunity to film with real patients of University Hosipital’s #RainbowBabies division – the only midwestern hospital to treat congenital heart disease in the womb. It is our hope to spread awareness of @uhrainbows efforts to give children a fighting chance at living a healthy life.

OnStar A Day in the Life

Feeling safer out here with our newest OnStar video!

We had the pleasure of working with PGA.com and Rocket Mortgage by Quicken Loans to spread the word that the PGA Tour is coming to the D!

Have you seen season 1 of #UNTOLD yet? Check out every episode on IG and on our website!

#wodetroit got inside the app with StockX World Headquarters 👟🔥 Catch our #NEW commercial now on TV! #StockX #commercial #wodetroit 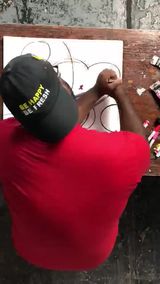 We are proud to announce that #Nance won Best Documentary at the Los Angeles Film Awards! We'd like to thank the Cleveland Cavaliers, Larry Nance Jr. and the rest of the Nance family again for allowing us to tell this incredible story. #wodetroit #cavs #whateverittakes #allforone #LAFA Full Video: woodwardoriginal.com/nance

#Time magazine says #SorryToBotherYou may be the most culturally relevant movie of the year. The film hits the big screen tomorrow. Will you be in theaters for it? #ThursdayThoughts #LakeithStanfield #WODetroit

Detroit: Comeback City aired on the History Channel Sunday evening. The #documentary follows the city's journey from bustling powerhouse to blighted and broken. Throughout, #MichiganCentralStation is used as an emblem of Detroit's rise, fall, and resurgence. For those who tuned in, drop your thoughts. #detroitcomebackcity #fordetroit #historychannel #ford #bigsean

Johnny Depp hunts for Biggie's killer in new "City of Lies" trailer, in theaters Sept. 7. Numerous series and documentaries have explored the unsolved murders of Biggie and Tupac what are your thoughts on this one? #TuesdayThoughts

For #CincoDeMayo we submerged ourselves in the culture and vibrancy of #Mexicantown 🇲🇽 Check out the celebration through our lenses! #wodetroit