Community Newspaper Serving Over 38,000 Homes! The Shopping News of Lancaster County was first published on April 14, 1965 as a 24-page half-tab issue.

It was mailed to 10,000 homes in the area. Today, The Shopping News publishes a full-tab paper and is delivered to 38,000 homes each week in and around Ephrata, Adamstown, New Holland, Stevens, Terre Hill and more! During the early 1960’s there were no free papers covering Northern Lancaster County. Publisher John Hocking had been thinking about starting a free paper for quite some time. At the ti

It was mailed to 10,000 homes in the area. Today, The Shopping News publishes a full-tab paper and is delivered to 38,000 homes each week in and around Ephrata, Adamstown, New Holland, Stevens, Terre Hill and more! During the early 1960’s there were no free papers covering Northern Lancaster County. Publisher John Hocking had been thinking about starting a free paper for quite some time. At the ti

Featured Advertiser: Hartz Physical Therapy
View all of our other featured businesses at: https://www.snews.com/local-businesses

Featured Advertiser: CounterTek
View all of our other featured businesses at: https://www.snews.com/local-businesses

Where In The World Winner

Would you like to win $50 next month? Enter The Shopping News “Where In The World” contest! As always, we’ve received many interesting entries this month and it was difficult to pick a winner. There were entries from Florida, New Orleans, U.S. Virgin Islands and more!

The winner for the month of May, shown in the photo above, is Kathy Martin, New Holland, who is shown at the Edinburgh Castle in Edinburgh, Scotland. She chose to receive her $50 gift card to Shady Maple.

Could the next winner be you? Once a month one winner will be selected and they will receive a $50 gift card from any regular Shopping News advertiser of their choice as their prize. To read all of the contest criteria and get an entry form, see page 3B. Check out our page in the near future to see all of the entries we have received to date!

“Pieces From The Past” continues this week, featuring the New Holland Area Historical Society. In this weekly article, Shopping News readers will learn about local items housed in local museums and historical societies.

The 1869 Lancaster County Directory lists 13 shoemakers in the little village of New Holland. A prominent one at that time was Carpenter “Cap” Weaver (1834–1916), whose cobbler’s bench is now on display at the New Holland Area Historical Society museum. Of course, by the mid-19th century, recent progress meant that a new pair of shoes was no longer two identical shoes, but included a different one for the wearer’s right foot and left foot. However, the process of buying new shoes was not anything like today’s shopping, and could explain why a small town had so many shoemakers. At that time, none of the local cobblers carried any inventory of the finished product. The customer would visit the tradesman and select a style of footwear. Next, the shoemaker would measure the customer’s feet. Then the wait began. Sometimes only two weeks, but more often a month. Certainly, there are great advantages to quick and easy modern shoe shopping, unless your right foot is a size 10 and your left foot is a size 11!

The New Holland Area Historical Society Museum is located on the second floor of the Kauffman Building, 207 East Main Street, New Holland. Because of improving conditions with the Coronavirus pandemic, the Museum is pleased to announce that it is now open on Thursdays and Saturdays from 10:00 a.m. to 2:00 p.m. If conditions change with the pandemic, the Museum will announce opening changes on their website (www.nhhistorical.com). For more information, call 717-538-3079.

The giving of these awards is just one of the civic services provided to the community by the Reamstown Athletic Asso­ciation. They also donate funds to many of Northern Lancaster’s athletic asso­ciations, including: Youth T-ball, local swim teams, and their own local ice hockey club. In addition to local athletics the Reams­town Athletic Association donates funds to help out local organizations such as the East Cocalico Lions, the Reamstown Fire Company, the Reamstown Memorial Park and the annual Night Out Event. The presentation of these awards and the support of these organizations are all part of actualizing the Reamstown Athletic Association’s mission statement to promote and stimulate social enjoyment, friendship, civic duty, citizenship, and various sports and athletic diversions among the members and the community.

The Akron Lions Club once again will sponsor a free day for all on Saturday, June 11 from 11:00 a.m. to 4:00 p.m. at the Akron Day in the Park event. It will include a car show with awards, Bingo, music by a one-man band, pony (horse) rides, a candy scramble, a barrel train ride and other fun activities.

Shown with an event poster, from left to right, are Tim Kilhefner with his ‘66 Chevy Nova Super Sport (on the left); Jeff Shirk and his ‘55 Buick Century Riviera (on the right); and Les Auker with his ‘68 Chevy Corvette (in the middle).

The Akron Lions Club and the car club, the Axelsnappers, are working together to make this day extra special. Dennis Stauffer, Lions Club project coordinator, said, “except for food or car registrations, this is a free event.”

A major draw will be the car show, held from 12:00 noon until 4:00 p.m. Jeff Shirk, a Lions Club member who is also a member of the Axelsnappers, encourages any and all vehicles, “from a bicycle to an 18-wheeler” to join the car show festivities. Unique trophies, designed and crafted from old car parts, will be presented to award-winning vehicles. Some awards will include the Lions President Pick, Mayors Choice, the Axelsnappers Pick, and other special awards.

“We are a car club for car people,” said Jeff Shirk of the Axelsnappers. “We don’t care if it’s a Volkswagen or a Maserati, as long as it has wheels on it, you’re welcome to our show.”

A small donation fee is required to participate in the car show. Half of it will be for the Lions to defray the cost of the event, and the other half will go to the Axelsnappers club, that will later donate the funds to charity.

In addition to the car show, other free and fun activities are planned for families with children. One popular event will be the candy scramble. Children will be divided into three age groups and the candy will be blown from an air cannon for added excitement. Children will also be invited to ride horses or a barrel train, that will ride around the park circle to 11th Street and back.

Adding to the festivities, one-man band, Adriano, will sing and play the piano in the big pavilion beginning at noon. Many will enjoy the free Bingo event, held at the band shell from 1:00 p.m. to 4:00 p.m. Prizes will include restaurant and other gift cards, products, and some cash awards. Lions Club member, Dennis Stauffer expressed his gratitude, “we get a lot of support from the community, not only for bingo prizes, but checks from community organizations and others.”

Food will be plentiful at the event. The Grace EC Church will provide a breakfast in the big pavilion from 6:30 a.m. until 10:00 a.m.; the Boy Scouts will be serving food as a fundraiser; and food trucks will serve ice cream, pizza, wild wings, wieners and Italian Ice.

People are encouraged to bring a non-perishable food item to the event that will be donated to Ephrata Area Social Services. The Akron Lions Club encourages everyone in the community, or surrounding communities, to attend this fun day.

Be the first to know and let us send you an email when The Shopping News of Lancaster County posts news and promotions. Your email address will not be used for any other purpose, and you can unsubscribe at any time.

Send a message to The Shopping News of Lancaster County: 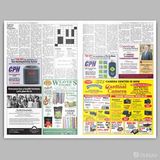 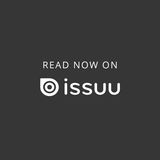 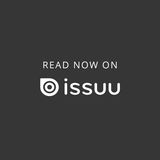 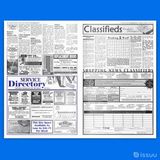 Other Newspapers in Ephrata