90.5 WERG...your protection from the Upside-Down (we play Kate Bush and lots of other cool stuff).

Happy Memorial Day! From all of us at WERG, thank you for those who served and are serving this country.

50 years of rocking GU!
Take a look back at some of the many Gannon Knight clippings from back when. #wergradioturns50

Gannon Knight article on the variety of programming offered on WERG radio (March 19, 1987)

Ad for the launch of the “Energy-FM 90” era of the radio station…and the station could now be heard in FM-stereo! (Gannon Knight; August 30, 1989)

50 years of rocking GU. Graduation has come and gone. Take a look at some of the previous WERG alumni on graduation day. As well as, the new group of WERG graduates. Congratulations Erik, Sarah, and Regan. Thank you for creating content for our station. #wergradioturns50

Radio Roulette is back on the air here on WERG. Tune in TONIGHT 9pm-12am to hear Abigail Ritchie and Mario Bruni as they are in control of what plays on the station.

Today is the last day of live student shows on WERG. The students may be going away, but WERG will continue to have the tunes to play. Listen to us all summer as we continue to stay on-air playing todays alternative hits, Super Soul Saturday, and other programs.

Will, Matt, and Brandon broadcasting live on-location from the Waldron Campus Center for Meet the Merchants Day (October 18, 2016) #wergradioturns50

Monday night was the SCA soirée at the Schuster Theatre. This year was the 20th annual Duda awards. Congratulations to all those who won awards and thank you for your hard work.

Celebrate @gannonu with us at the WERG table.

Visit our Twitter @905WERGFM to retweet and enter to win tickets to see Emile at the Schuster Theatre. Winners will be announced on Friday!

Easter break is here! The students will be away, but WERG will continue playing all of today’s hits, Super Soul Saturday, and other specials. Happy Easter 🐇🐣

Join us today on WERG for Gannon Baseball as they host Slippery Rock at 1:00 at McConnell Family Stadium.

50 years of rocking GU: “When Automation Fails”… Remember the old DigiLink System before we got Wide Orbit in 2009? You have to get to class and going from LIVE to AUTO results in D-E-A-D A-I-R (65% of the time). How to fix?? These, ahem, easy steps…#wergradioturns50

Our last @ErieOtters giveaway for the season. Retweet this tweet to enter for your chance to win ticket vouchers to any remaining home game.

Happy Saint Patrick's Day!! May your day be full of luck. ☘️

Seniors! Visit our table at the Commencement Kickoff in the Yehl Ballroom. Enter our Erie Otters ticket voucher raffle when you stop by!!

Another WERG decade playlist is here. This time we visit the 90’s. Hear songs from R.E.M., Nirvana, Pearl Jam, and more. 50 Years of #1’s can be found on our Spotify. https://open.spotify.com/playlist/1aE9wTqJLuS7fwgstgrsF0?si=7rAwgS9NRZai8mXReGQeZg

The Prime Time Sports Guys had a blast last night talking with our special guest and the voice of the Erie Otters, Shawn Bednard. Thank you Shawn for spending some time with the guys on Erie’s only live sports talk show.

Want to enter to win four vouchers to see the Erie Otters? Visit our Twitter and retweet to enter for a chance to win. The winner will be announced on Thursday night. Tickets are presented by the Prime Time Sports Guys🏒.

Last night was the Award Show for the Intercollegiate Broadcasting Systems. WERG came home with two winners. Congratulations to. Abigail Ritchie for winning Best Give Away. Another congratulations to Andy Drew who won Best Music Director. #wergradioturns50

50 Years Of Rocking GU This is Intercollegiate Broadcasting System media conference week! Some shots of “WERG Takes Manhattan” over the years…
#wergradioturns50

Another night of PSAC tournament play as we flip sides to @gannonwbb at home at the Highmark Events Center taking on PITT Johnstown. All the action on WERG starts at 7:00.

PSAC tournament time for the @gannon_mbb team. They head to PITT Johnstown today at 7:30. Tune into WERG for all the action.

Spring break is here!!! 😎🌞Whether you are heading to the beach or heading home. WERG will be on the air. Playing all the hits, Gannon Basketball, Super Soul Saturday, and much more. @gannonu #rockinGU

Over the air at 90.5-FM
On the web at www.wergfm.com
SmartPhone app: TuneIn Radio

Be the first to know and let us send you an email when 90.5 WERG posts news and promotions. Your email address will not be used for any other purpose, and you can unsubscribe at any time. 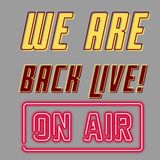 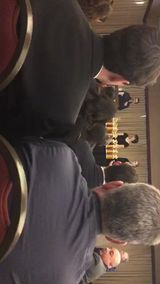 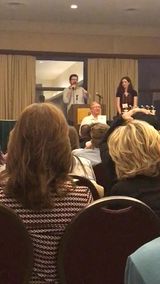 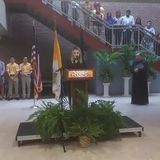 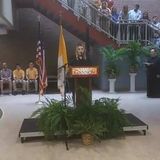 90.5 WERG-FM is Gannon University’s 3000-watt over-the-air, student-operated radio station. Participation in WERG is open to all Gannon students, regardless of major. WERG provides Gannon University students with a creative and stimulating learning experience in station operation, from the position of on-air announcer to the position of General Manager. Students are placed in charge of day-to-day operations under the supervision of the station’s professional Operations Manager: executing airshifts, scheduling program logs, compiling and reading newscasts, sports talk and play-by-play announcing, maintaining the station website, planning and running promotions, recording promotional and public service announcements, and all the other duties that make-up a successful broadcast operation. WERG’s over-the-air signal is available throughout the entire tri-state area and southern Ontario at 90.5 FM. WERG’s live Internet stream can be accessed through www.wergfm.com or with the Tune-In Radio app on a smart phone or tablet.

Other Radio Stations in Erie

http://www.radiofmdial.com/station/90-5-werg/
Given that in years past you have censored lyrics by Harvey Danger, Blink-182 & Gorillaz, why do you not now censor the lyric included in some rappy-sounding number "All I need to know is if you wet enough"? If I had human children I wouldn't want to try to explain that line to them. Let's be consistent here.
Is it possible for the student DJ you have in the booth from 9 to 11 to simply read the announcements in a normal voice & not sound as though she's having a nervous breakdown every time she talks? The wild shifts in tone get old.
Your student announcers are spelling "C - y - r" out again rather than pronouncing it as a name, "Cyr". Doesn't one have to pass a test to be admitted to that school?
The student announcer in the booth right now just read the name of Foster the People as "the Foster People" twice. TWICE. Can these students be given some exams please.
AND your announcer in the booth just now said a song was by "Airborne Toxic". Not by Airborne Toxic Event.
Your announcer in the booth right now just pronounced "champagne" as "campaign". Don't you have an entrance exam at that school?
Thought this song would put you in the spirit for Halloween. Appreciate a listen, do share, and consider for some airplay. Thanks.
Now it's Chuck LaPrice who can't pronounce a simple word such as "posthumous". And he's a university instructor, apparently. That's pathetic. He could have avoided that by staying in bed; after all, earlier in the hour he complained of "needing a break" from his rigorous routine as an effete academic. Someone give him a clue. I'm a tenth-grade dropout who catches boneheaded mistakes made by university instructors. What does that make me?
Your announcers are STILL mispronouncing "posthumous". It's the title of a current song release & they're saying "post-humus". Would you please tell them how to say the word?
Congratulations! One of your announcers finally pronounced the title of the latest Smashing Pumpkins release correctly. "Cyr", like "sear", not "C - Y - R".
Playing some good tunes this morning classics!