Don't miss one of Hollywood's most iconic figures William Shatner on 94.3 The Shark with Rob Rush, discussing his upcoming tour, where he will be screening Star Trek II: The Wrath of Khan and doing a Q&A session with fans. Check out the full interview on our YouTube channel.

Click the link below and you could be at the Big Game on February 12th courtesy of TicketBash and Total Orthopedics & Sports Medicine. And remember, Arizona is a lot warmer than Long Island this time of year!!

For years you’ve dreamt about it. For years you’ve fantasized about it and for years you’ve been jealous of those who have gotten to experience it… But this year, your fantasy could become a reality! 94.3 The Shark has teamed up with Ticketbash.com to give you a chance to go to the Big Game!...

Score big with 94.3 The Shark! Enter for a chance to win tickets to the big game, a hotel stay, and airfare. Sign up now at 943theshark.com

Thanks to our friends at TicketBash and Total Orthopedics & Sports Medicine

With sole remaining member Brendon Urie about to become a father, Panic! At The Disco are calling it quits

PANIC! AT THE DISCO WILL BE NO MORE

Brendon Urie announces that the band is disbanding after 19 years.

“It has been a pleasure to not only share the stage with so many talented people but also share our time with you,” he said.

Brendon adds that his wife, Sarah, is also pregnant: “The prospect of being a father and getting to watch my wife become a mother is both humbling and exciting. I look forward to this next adventure.” | via Ysa Abad/Rappler

Rob Rush sat down with Matt Simoni of Bravo Foxtrot United Veterans Inc. to talk about how the organization helps homeless veterans here on Long Island. To find out more and to attend the screening of the film "Long Island's Forgotten Heroes" at The Inn at New Hyde Park, visit www.bravofoxtrot.org/

Go to www.943theshark.com for your chance to win!!!

Bret called Rob to talk about his new single "Back In The Day", his upcoming show at the PNC Bank Arts Center in New Jersey on July 16th and more!!! https://soundcloud.com/rob-rush-radio/rob-rush-speaks-with-bret-michaels

Congratulations to Julia!!!! She is our $10,000 winner of 94.3 The Sharks Find The Fin Contest, presented by Rudis Bar and Grill

Film Maker William Dickerson on the brand new audio version of the book, "Detour Hollywood: How To Direct A Micro Budget
Film... Or Any Film For That Matter" This is a great book for anyone who has a dream about making a movie

Somewhere deep in your parents attic, your recorder may still be lurking!!!!

Today, we honor the legacy of Martin Luther King Jr.

May we all look this good at 96

Post your Jersey pics here!!!! Who’s name is on the back of your jersey today??? Lets Go Big Blue!!!!

Our Deep Cuts weekend is on! What do you want to hear?

Who was the funniest???

Video from 2018 of Rob Rush speaking with the late Jeff Beck, Ann Wilson and Paul Rodgers Official at a junket in NYC

Jeff Beck, One of the Guitar Masters of the Rock Era, Dies at 78

Jeff Beck, among the most innovative and certainly the most unpredictable of ’60s guitar heroes, died on Tuesday. He was 78. “On behalf of his family, it is with deep and profound sadne…

A moment of silence for who we lost 49 years ago today.

Did you know about this? Skiing on Long Island!!!

Long Islanders used to flock each winter to the Bald Hill Ski Bowl in Farmingville, which opened in 1965 and was 344 feet tall.

This is inaccurate. The people in this pic have shoes on

Foo Fighters are back! They’ll also be headlining Bonaroo and Sonic Temple

Check out the new trailer for Ant-Man and The Wasp: Quantumania!

What is your biggest spouse/roommate pet peeve???

This classic album was released 39 years ago!!! What’s your favorite track??

The caption says it all! Who remembers going to Blockbuster on a Friday night to rent movie and video games for the weekend!?

An update on Damar Hamlin

NFL announces Bills-Bengals game will not be resumed this week

Buffalo Bills-Cincinnati Bengals game will NOT resume this week

Monday's game between the Buffalo Bills and Cincinnati Bengals will not be resumed this week, the NFL announced in a statement on Tuesday afternoon.

Who can still taste these???

Calling all Star Wars fans! Now is your chance to own the droid you've always wanted - the Uncanny Brands Star Wars R2D2 Popcorn Maker! With incredible detail, this fully operational droid kitchen app looks just like Artoo and will be a perfect addition to any fan cave.

Not only does this little guy have major style points, but he's also incredibly functional. Packed with a high-powered popper that uses hot air to pop 98% of kernels, it's healthy and easy to use - just measure and fill the cup, and you'll have delicious popcorn in no time. And when R2D2 is finished popping your kernels, his head detaches and can be used as the cutest serving bowl in the entire galaxy! This unique limited edition will make an amazing gift for any fandom lover or popcorn enthusiast. Get yours now - don't miss this opportunity to bring your favorite droid into your very own kitchen! ❤️
👉 👉🏿https://amzn.to/3VujxbM

Congratulations to the New York Giants!!! Playoffs, here we come!!

Be the first to know and let us send you an email when 94.3 The SHARK posts news and promotions. Your email address will not be used for any other purpose, and you can unsubscribe at any time.

Orlando and Rob spoke with former 1986 NY Met Ed Hearn about his search for a 3rd kidney transplant. If you or someone you know is a donor you can reach out to Ed via the National Kidney Registry at www.kidneyregistry.org 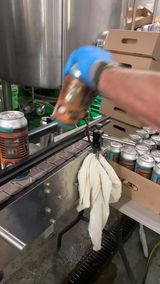 Join us this Saturday from 7-9pm for the unveiling of our newest Shark beer, Batch 3652, a maple/cinnamon imperial porter at Sand City South in Lindenhurst! Rob Rush will be on hand celebrating a decade of everything that rocks with you!! Live music from Radio Active Band, food from Rosemarie Pizza and we are welcoming in donations to American Foundation for Suicide Prevention - Long Island Chapter for Hope Rocks! See you there!!! Video by Sayre Jesse

Catch Lisa Bouchelle tonight at the City Winery NYC opening for Glen Tilbrook of Squeeze tonight, She also talks about her amazing cooking show "Rock Star Kitchen" which is getting some big news

Last time we saw Lisa was in studio in 2018. Something cool and different for Saturday morning Lisa Bouchelle

There is a job fair at Stop & Shop Farmingdale right now while New York Giants legend Otis Anderson interviews YOU until 12:00 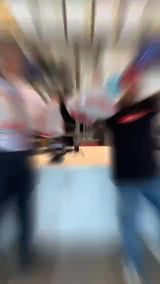 Join Orlando at the Arby's of Farmingdale GRAND OPENING on rt 110 with the Shark crew from 12p-2p this afternoon!!!!!!

Just a quick message. Ive been with the Shark since the beginning but today marks 8 years we have been spending the ride in together. No lie…. The best 8 years of my life…. THANK YOU 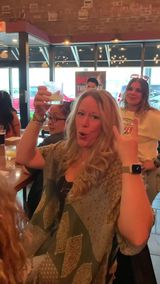 A message from Rob Rush and Orlando on the Shark’s 10th anniversary!

Testament will be at Palladium Times Square next Saturday the 24th with Exodus and Death Angel. Testament's Chuck Billy sat down with Rob Rush to talk the tour, what the band's been doing and the return of the long sleeve CD cover!!???

With Halloween around the corner, there is that old question, "Do You Believe In Magic"? Lisa from Envision Crystal in Port Jeff talks about psychic phenomena, if we all "have something" intuitive inside of us, and what you can find and learn at her shop that's been on Long Island for almost 40 years

Rob Rush spoke with Brendan B. Brown from Wheatus about the recent #teenagedirtbagtrend taking over social media by EVERYONE including stars like Madonna, Jimmy Fallon and more!

Orlando will be at Suffolk Federal Credit Union on 691 25A in Miller Place Friday, August 26th from 12pm - 2pm with a chance to win tickets to see Five Finger Death Punch and Megadeth at Northwell Health at Jones Beach Theater

Its now 33 years that Pete Rose has been banned from baseball. Should the ban be lifted and he be inducted into MLB’s Hall Of Fame?? @mlb #peterose #mlb #halloffame

Talking to Chris Feehan of the 501st Legion: Empire City Garrison about their charity work, how to join, Star Wars love and their upcoming event at the Smithaven Mall from 11a-1p this Saturday 8/13 to benefit the Cerebral Palsy Association of Nassau County

We’re gonna miss you Aegean’s Pizza!!! Name a store you went to as a kid thats no longer around??? #pizza #longisland #missyoubaby Aegean Pizza & Italian Restaurant

Talking with KATIE COLE about her brand new single "Call You Up" and her New York appearances with the The Smashing Pumpkins in October. Rob Rush has your tickets for the UBS Arena show 10/14 starting Monday afternoon at 2:00 pm 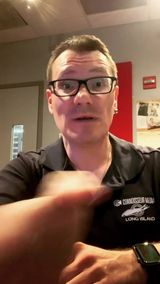 @toysrus is back!!! @macys will feature the iconic toy store inside almost all of their US stores by #christmas What other stores would you love to see resurrected? #backintheday #stores #80skid #90skid

Adam Scherr, the former Braun Strowman joins us to talk about Control Your Narrative A brand new wrestling promotion with a mental health initiative coming to Brooklyn on 11/03 Controlyournarrative.com Adam Scherr - Big Country

How do you feel about a @panteraofficial tour with Zakk and Charlie?? #metal #pantera #anthrax #ozzy

The WWE comes to Madison Square Garden on July 25th for WWE Monday Night Raw... Elias little brother zooms in to talk about it

Did you have this Heavy Metal Poster growing up? How many do you think you could've named in 1 minute?

For a chance to win the Ultimate Backyard BBQ set up featuring @metallica and Blackened Whiskey we will play MASTER OF MUPPETS!!! Identify a famous puppet around 7:35 staring 6/13

Other Radio Stations in Farmingdale

WALK 97.5
KJOY 98.3
94.3 The SHARK
103.1 MAX FM
104.7 WHLI
Here it is in case you missed it. We want to thank 94.3 The SHARK for supporting us! 🤘🏻
Our song “Pretend To Love You” will be featured on 94.3 The SHARK this Sunday night!!! We’ll be on the “Fresh Blood” show between 8:30-9:00pm. Tune in!!!
New interview w/ Snake & 94.3 The SHARK radio shtation.
MUCK PLAYED ON 94.3 The SHARK RIGHT AFTER SMASHING PUMPKINS 😳🎃 🖤!!!
SO SURREAL!
Recently, I've been revisiting the again. And during this journey I've had a lot of new haha moments. And I've explained experiencing a lot of synchronicities, again. Listening to this interview was one of these synchronicities.

We all know Dee Wallace as the mom from E.T. and Cujo. What a lot of people don't know is she's also a lightworker., life coach and overall inspirational person. Orlando from at 94.3 The SHARK The Shark had the opportunity to speak with her about her psychological Thriller. I found it interesting how she was able to speak to The Law of Polarity as it pertains to her normal life and her work as an actress. Take a listen and tell me your thoughts.
TONIGHT! Lisa’s tour with the iconic lead singer of Squeeze, Glenn Tilbrook, comes to the spectacular new City Winery in NYC for shows tonight and tomorrow night! Lisa will be joined by Kyle Ward on guitar… 8 PM showtime, hope to see you there!

Other Radio Stations in Farmingdale (show all)