The Gettysburg Review, one of the country’s premier literary quarterlies, is, as one reader put it

More bad news for literary magazines, we're afraid. While we're grateful to still be here, due to budgetary and staffing reductions beyond our control, we have to change from a quarterly (which we've been since our founding in 1988) to a triannual.

If you are a current subscriber, we assure you that, regardless of this change, you will receive all the issues that are currently owed to you, and the magazine will be the same high quality you're used to.

CHANGES AT THE GETTYSBURG REVIEW 18 March 2022 Dear Subscribers, Readers, Contributors, and Supporters, Due to budgetary and staffing reductions triggered by circumstances well beyond our control, Lauren and I have made the difficult decision to change the Gettysburg Review’s publication frequency...

Order a gift subscription now through December 17th, and a card for your loved one will arrive in time for the holidays!

On noise, silence, and writing:
https://lithub.com/searching-for-the-elusive-sound-of-silence-in-the-olympic-peninsulas-hoh-rain-forest/

I can’t recall exactly when the night voices began, but lately they’ve been speaking at a pitch that’s been difficult to ignore. These aren’t auditory hallucinations. And I’m not cracking up, at le…

Hey all, just a heads up that we are no longer by default italicizing non-English words. It’s both othering and unnecessary, and we apologize for taking so long.

33.3 features Spanish, Italian, French, and more. We hope you disfrútala/divertirsi/profitez-en!

So thrilled to see Honorée Fanonne Jeffers on this list!!

On the cover, Borrowed Aloe with Red Rectangle (10 a.m. September) by Jenny Brillhart

Support for Jill Osier and Family, organized by Jan Osier

We just learned that the poet Jill Osier was seriously injured in a pedestrian-vehicle accident in June and will need to undergo extensive therapy. Her family has set up a Go Fund Me. Please help if you can.

As Pride month wraps up, we're thinking of Kathryn Harlan's "Take Only What Belongs to You" and queer love stories, both told and untold.

Just a friendly reminder that submissions close on May 31st!

"Dissent has started to appear to me as a series of slow, uncoiling choices, inexorable change. It is no longer what I might DO, but what I might BE."

Jen Silverman's essay "The Dissenters" from 33.2 is up at Lit Hub today. Check it out!

Art about art #3! Make sure to check out Chad Davidson's essay in 33.2 about puzzling, privilege, the pandemic, and Edward Hopper's Chop Suey.

"The painting, then, is also representative of institutionalized racism. There were tours, we know, at the turn of the century, which folks (white folks) could take of Chinatowns, ogling and tsk-tsking the brothels, opium dens, and chowchows. 'Dark tourism,' we call it now, 'ghetto tourism.' Approached that way, the women in the painting—and the Hoppers, who also frequented such places—were part of that grim, fashionably Bohemian privilege. Hopper may have been prized and prized himself for the way his paintings made interior complexity stunningly manifest. 'Great art,' Hopper once remarked, 'is the outward expression of an inner life in the artist.' But what’s arguably more important are the ways that great art (unwittingly or not) reveals the hidden values of an unjust system."

More art about art in 33.2! From Marjorie Stelmach's "Bonnard: The Late Paintings":

"Western tradition seemed exhausted:
still courting the viewer’s lingering gaze,
that false eternal moment.
Color could no longer be the whole of it.
What was time’s part? How did vision work?
Might radical laws of perspective yield
radical techniques? He dedicated years
to disrupting the givens, conducting
his experiments in capturing time’s blink." 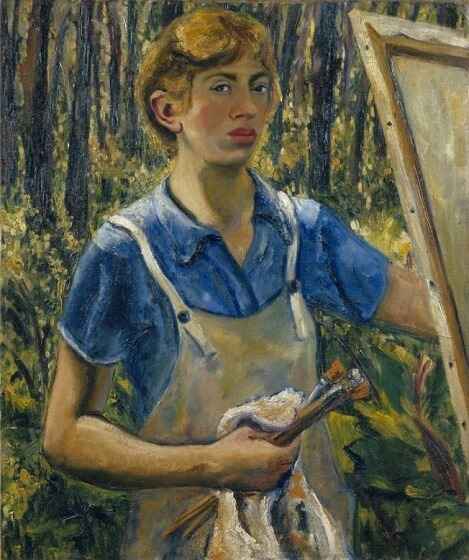 SO MUCH incredible art about art in the new issue (also every issue 😉).

A werewolf 🐺 sighting is at the center of David Crouse’s “Deep Inside the Dream House,” but the destabilizing fear rippling through the story comes from a mixed-race couple’s prematurely-born infant and larger questions of race, class, and belonging.

To read in full, check out the new issue!

The Question, The Self III, and The Forgiven, by Kai-Samuels Davis

Kai Samuels-Davis was born in New York and attended classes at the Woodstock School of Art at the age of sixteen, followed by a stint at the Art Students League of New York. In 2002, he received his BFA at State University of New York Purchase before moving to California, where he completed the graduate program in film at Art Center College of Design in 2006. Though not directly pursuing film, cinematic themes often arise in his paintings, which are composed mainly of portraits and figures focusing on introspective moments. He paints primarily with oils on wood, using a combination of brushes and metal and rubber scrapers to layer the paint, highlighting its history and texture and accentuating the balance between distraction and clarity. He has had solo exhibitions at Dolby Chadwick Gallery in San Francisco and the Cold Press Gallery in Holt, United Kingdom, and has been featured in group exhibitions at the Stanek Gallery, the Bolinas Museum, the Napa Valley Museum, the Windham Fine Art Gallery, Unit London, and elsewhere. A painting of his appears on the cover of Mary Oliver’s Felicity.

Join us and our friends at @willowspringsmag for a free reading TONIGHT (January 29th) at 8 EST! Hope to see you there!

Join us this Friday for a lit-filled evening featuring recent contributors to the GR and @WillowSprings!

And yet. And yet. 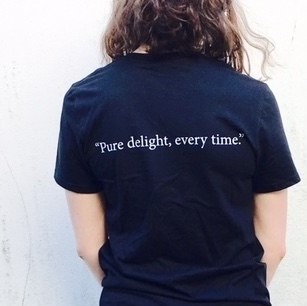 Need more gift ideas? How about this delightful, classic black T for the poetry-reading, clove-smoking reader on your gift list?

Looking for the perfect stocking stuffer for the annoying, literary elitist on your gift list? 👇👇

“I live in a centuries-old house whose slanted and warped floorboards occasionally cough up pieces of the past: tickets to a Fourth of July picnic from 1888, still bright green; a glass medicine bottle; a rusty fishhook with rope attached. Of course I save these; of course I become an archivist, a keeper of things.”

Learn more about Melissa Haley’s archival interests in “Memento Mori,” which can be found in 33.1!

Meet Clark, the hero of Kathy Flann’s “Lessons,” posed in the rear yard of their middle-of-the-row house in Lancaster, England.

“At this point in our relationship, I had long since stopped distinguishing what I did for Clark from what I did for myself, and it wasn’t clear if the two could even be extracted from one another. I didn’t know if this was a good thing. I was supposed to feel this way about people, the guy I’d been seeing. Perhaps, this canine relationship was a continuation of the one I’d had with the terrier as a kid. He’d been the “person” who was always present, in every sense of the word. He possessed few expectations and zero skill for withholding parts of himself. Dogs are terrible at keeping secrets. They don’t even have pockets.

Imagining the way Clark would lounge on that back lawn, rolling around and snorting, and the way we’d play with that pink floppy Frisbee she loved—it was too good. It sent me to my calculator, to the scraped-out bottom of my bank account for a down payment on an extra £20,000 that I didn’t quite have. Sure, I could have bought a cheaper house, one with little light, positioned between warren-like streets where cars zoomed past, shaking the windows. But thinking of Clark in such a house, alone while I was at work, saddened me.”

Who's having a mice-hiding-in-the-walls kind of Sunday?

*GUEST POST* from Don Lago, who in his essay, "Hubble Vision," visits Marshfield, MO, birthplace of Edwin Hubble, where he tries to see the world through the telescope's eyes.

"Taking the Blacksmith" features a gamer as she tackles un- and under-employment, misogyny, consumerism, the happiness industrial complex, and other monsters.

Special thanks to Literary Hub for sharing this story!
https://lithub.com/taking-the-blacksmith/

DAY ONE In the game, we were high level and fierce, and we were nearing the blacksmith. The trees were dead or dying, the water pink with the blood of our enemies, the sky its familiar corpse-gray …

A bit of spookiness from the new issue!

"That winter, I’d begun to notice vibrations below the house, deep in the earth, thick, pulsing tremors. I listened and imagined the shapes that could make such grumbling—the bulbous heads, the muscular backs, the blind white eyes. I might never have heard them if it weren’t for the game, where the beasts were old and fat with authority, primacy. At the end of each match, they erupted from the ground to devour the losing team. Maybe they’d always been in the real world too, lurking under us, leaking saliva through serrated teeth. Once I’d noticed, I couldn’t stop noticing. As I pressed the buttons, moved the joystick to swivel the camera, the tremors shook the world of the game as well as my room, the walls I’d once painted pink, now faded and pale. . . . My fingers froze on the controller, and Tessa’s breath caught. She was so far away. We were all far away, and what would we do when the beasts broke through?"

Get your hands on the new issue!

Be the first to know and let us send you an email when The Gettysburg Review posts news and promotions. Your email address will not be used for any other purpose, and you can unsubscribe at any time.

Send a message to The Gettysburg Review:

Order a gift subscription now through December 17th, and a card for your loved one will arrive in time for the holidays! https://www.gettysburgreview.com/store/#!/Subscription/p/68561407/category=20176076

Just a friendly reminder that submissions close on May 31st! 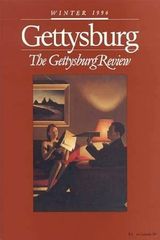 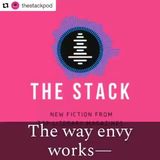 Other Magazines in Gettysburg