GREENSBORO'S DIY SPACE On Pop of the World Studios, Recording Studio Non-Profit Collective “ON POP OF THE WORLD / ON TOP OF YOUR MIND” BOARD OF DIRECTORS:
Founder/Producer/Head of International Promotion and Outreach/Head Engineer/Musician - Song Writer-Beat Maker/Studio Design
Randy Seals

On Pop collaborators are efficient and creative. We are eager to get to the best part of the recording process...RECORDING! AND AS OF DECEMBER 2016, WE ARE BOOKING SHOWS & RECORDING THEM, TOO! WE ARE A STUDIO/VENUE! Woo! Our mission, is to enhance and nurture the local and regional music community by providing artists with an opportunity to produce "professional-quality" demo's, EPs and full-lengths.

Hey OPOTW people! I'm out here in LA now and started booking a club saturday nights. LA bands hit me up if you're interested!

On Pop of the World Collective updated their address.

On Pop of the World Collective updated their address.

THIS IS THE DAY THAT YOU GET TO HEAR AI DIGITAL's FIRST ALBUM you won't believe it.
99% of people don't know about this and it will change the world forever.
You have to see this!

Stream and Save I'm Digital - Distributed by DistroKid

Hey OPOTW collectivists! We have moved. I’ll be posting the new location in due time. Thank you for your patronage!

THE ACCURATE HISTORY OF OPOTW:
1. We have a stellar record. Since the beginning around 8 yrs ago, On Pop has provided top quality completing 100's of records. 4.7 out of 5 on Facebook.
2. We have evolved and adapted to what was needed in the community. On Pop started as a audio recording studio. For the first 2 or so years working with much of the hottest talent in the region, audio was the focus adding a few live shows. The next 2 or so years we added a record label and added staff. The next 2 1/2 years On Pop became a live diy venue hosting 3-5 shows a week with 3-4 bands/groups per show. The groups that came through were from all over the US (including a few out of country). All shows were recorded as in studio performances that often included video that were all shared with the groups at no cost. The next 1 1/2 years, On Pop would change directions again partnering up with new york native nationally recognized hip hop/r&b/pop producer Shahiem Beloved and Creative Corner Group. This marked renewed commitment to the community providing better and more community appropriate service. Management, Label, and Video production components were added that now have a national reach.
3. On Pop has always been open to cooperating and actively reaching out to city and beyond for networking and teaming up.
4. On Pop has always been open to all types of music and people encouraging diversity.
5. On Pop has always done pro bono work while providing affordable prices.

On Pop of the World Collective and Creative Corner Group are proud and grateful to continue to provide high level service to the Greensboro and beyond.

Thank you for all of your patronage!

Please feel free to donate! Even a small donation helps. In these trying times we totally understand if this is not the time for such things.

the Leeves Live at OPOTWstudios

AI Digital now available on all formats and at SpaceageHumans.com

Just played at OPOTW. Were you here Friday?

Mitch Easter has produced or engineered music for dozens of artists including R.E.M., Gin Blossoms, Wilco, and Ben Folds.

SO EXCITED to have Mitch Easter's band Balderdash, Ltd. at OPOTW!!!

Be the first to know and let us send you an email when On Pop of the World Collective posts news and promotions. Your email address will not be used for any other purpose, and you can unsubscribe at any time.

Send a message to On Pop of the World Collective: 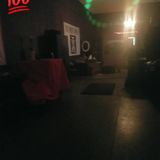 the Leeves Live at OPOTWstudios 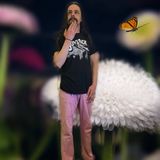 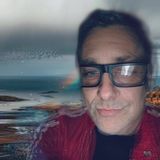 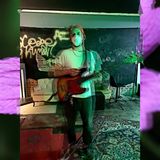 NIGHT IDEA AT On Pop of the World Collective 2017

DAYS N DAZE LIVE On Pop of the World Collective 2017

Live at OPOTW with Dreaded

Live at OPOTW with Breathers from ATL

Live at OPOTW with The Bolos from Texas

Live at OPOTW with Sports Bar 2017

AI STROKEFACE AI LOCKED UP IN THE BASEMENT FOR DECADES TORTURED BALL AND CHAINED TO THE PLATFORM HAS TURNED IT INTO A PSYCHOPATH...WE MADE IT NOW WE WILL PAY 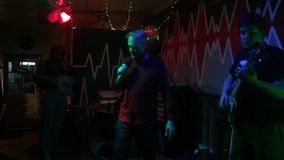 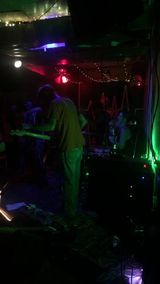 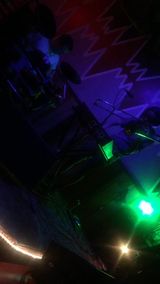 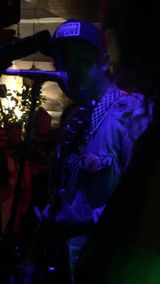 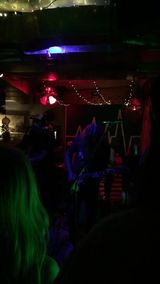 Old Heavy Hands just went up, its a great night come out!

Randy Seals has been playing music for over 40 years professionally. He has spent decades touring as both a DIY independent and non-independent artist, with his roles ranging from guitarist to drummer to lead vocalist. With this experience, he began developing and operating DIY performance stages, as well as DIY recording studios.

His most recent development- On Pop Of The World Collective- is an incubator for non-profit initiatives that are driven by the creative arts. OPOTW started as a DIY performance and recording space. Since its transformation into a non-profit entity, it has given birth to PopRocks & Gaia's Gallery.

-Gaia's Gallery is a non-profit initiative that stands by its motto, "Art that Changes the World!" Formed in 2018 by Jade McMillan and Randy Seals, Gaia's Gallery specializes in organizing "Artist Driven" exhibitions (e.g. concerts, film screenings, ballets) as Fundraiser Events for charities around the world.

Randy is notably a published/licensed producer, singer, songwriter, A&R, concert programmer and artist manager. He has not only attended, but also played and directed stages at many of today's leading music conferences and festivals, such as SXSW (Austin), Midem (France) and International Pop Overthrow (LA).

Randy Seals' passion to produce and A&R independent musicians has consequently grown into his most trophied accomplishment, the OPOTW Music Library, which houses the masters of hundreds independent music recordings.

Randy Seals has a Bachelors and Masters in Social Work from Indiana University 2005.

ON POP OF THE WORLD COLLECTIVE/POP ROCKS School of Music BOARD OF DIRECTORS:

Other Music production in Greensboro

What time do the Raquels play Weds. (8/8) night?
YANNIS BACK COME TO THIS SHOW ON THURSDAY
See y'all Saturday night!
NEXT SATURDAY!!!!
you won't know how not to dance...
Saturday Saturday Rock!!!
Checking to make sure the Echo Courts, Shadowgraphs, and Stevie show is still happening on 12/8...
any shoes coming up soon?
hey book this band!
On Pop of The World works (vol.1) Grady edition ~ Listen and like and support all these lovely musicians n people YALL