Listen to Journey's New Single 'You Got the Best of Me'

What do you think of this new Journey song?

Journey released their new single 'You Got the Best of Me' in April 2022.

New from their upcoming album Diamond Star Halos ! What do you think?

The opening track off their new album.

Seen any drum sets listed on eBay or Classifieds?

The search is on for a piece of rock-n-roll history.

Julian has said in the past he would only consider singing his Dads classic
under a certain circumstance.

Julian Lennon performed his late father's song 'Imagine' for the first time in honor of Ukraine in April 2022.

U2 - Walk On Ukraine - #StandUpForUkraine

The brave people of Ukraine are fighting for their freedom -- and for ours -- in the face of unspeakable violence and an unjust invasion. More than 4 million...

First new track from Pink Floyd in more than 25 years !

Pink Floyd released a new song titled 'Hey Hey Rise Up' in support of the people of Ukraine in April 2022.

Read to Ride 2022 is here! Have your Kindergarten-5th grader enter to win a new bike from Big Sky Cycling. Bikes have already started to arrive! Find out how to enter at readtoridehelena.com.

WHO WILL BECOME THE FRONTIER DIVISION CHAMPIONS???!!! WE WILL FIND OUT TONIGHT!!! 🏆

Tickets are on sale now, get them online, at Play It Again Sports - Helena, MT, or at the door until sold out! 🎟

You’re not going to want to miss this game, be sure to the get there early for tailgating and good seats!!! LETS GO BIGHORNS! 🙌🙌🙌

Procol Harum frontman Gary Brooker, who led the band throughout their 55-year history and co-wrote and sang their 1967 classic “A Whiter Shade of Pale,” died at his home from cancer on Saturday, Feb. 19. He was 76. Brooker founded The Paramounts in 1962 with his guitarist friend Robin Trower. Th...

Check out this super cool take on a Led Zeppelin classic !

John Paul Jones appeared in a 2022 Playing for Change music video playing Led Zeppelin's When the Levee Breaks alongside musicians from around the world.

A Madera County man is healing up after being attacked by a bull while riding his bike. Tony Inderbitzin is one of three who were hurt by the bull. This all happened during the Rock Cobbler race in Bakersfield Saturday. “I am extremely sore,” Inderbitzin told FOX26 News. “I’v...

Check out this talented gals tribute to the late Neil Peart.
It brought some tears to Alex Lifeson.
https://youtu.be/JaPPVioejBw

This one is for you Professor Peart. I wanted to try a @rush song that would really challenge me. I watched an interview were the Professor said Tom Sawyer '...

The Who Announce 2022 'The Who Hit Back' Tour Dates

The Who Announce 2022 'The Who Hit Back' Tour Dates

'You don’t really need to explain [pillow fighting] to people – that’s the beauty,' says entrepreneur Steve Williams, who has created the Pillow Fight Championships (PFC), and even organised a pay-per-view event

The Dr. has left the building. RIP Howard, thanks for the memories.

Charlie Brown voice actor Peter Robbins died at the age of 65 in January 2022.

We are experiencing a power outage at our tower site. The estimated repair time is 3:30pm. We apologize for any inconvenience.

Drummer Brandon Toews was recorded performing all 175 Rush songs as a tribute to the late Neil Peart in January 2022.

Meat Loaf, the larger-than-life singer whose bombastic rock opera "Bat Out of Hell" is one of the best-selling albums of all time, has died at age 74, according to a statement on his verified page.

Viral TikTok shows man getting slapped by monkey on his dating profile: "I want him"

Guess some guys will do anything to try and get a date these days.

"Umm the fact he put it on his dating profile is so charmingly disarming," one commenter wrote.

Cat Singing Along to Ozzy Osbourne's 'Crazy Train' is Perfect

Watch this cat sing along to Crazy Train by Ozzy Osbourne and absolutely crush it.

Check out the title track from the Scorpions upcoming release.

SCORPIONS have shared a teaser for the official music video for their next single, "Rock Believer". The full track will be released on Thursday, January 13 at 7:00 a.m. PT / 10:00 a.m. ET, with the...

The Band Rush Is Getting Their Own Pinball Game

Stern Pinball revealed a brand new table this morning as we're getting a musical gaming journey to the soundtrack of Rush.

Metallica to livestream their 40th anniversary celebration concerts for free

Sting and the boys on the slopes.

A previously unseen music video for The Police’s 1980 hit “Don’t Stand So Close To Me” has been unearthed and released just in time for Christmas 2021, premiering for the first time in 41 years on the band’s YouTube channel as the “Official Christmas Version.” Shot in December of 1980 ...

Here's a mash-up we never expected.

A gift to everyone who endured the channel this year.

Be the first to know and let us send you an email when Z101HELENA posts news and promotions. Your email address will not be used for any other purpose, and you can unsubscribe at any time. 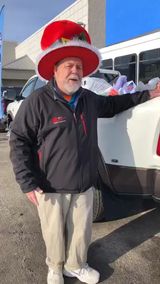 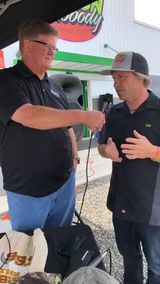 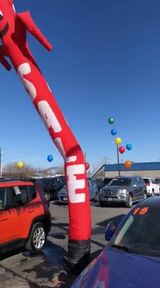 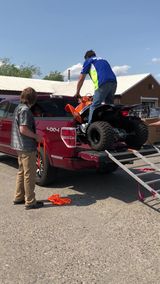 Other Radio Stations in Helena

Awesome play list today! Thanks for the upligt!!!!
I just wanted to say Thank You for making my days go by faster!!!! 🥰🥰
Gonna need to have that Biden song posted. I almost peed, it was hilarious!
Enough of the death songs, and rush, and Ozzy, you're playing a bunch of tone-deaf talkin morons. Start playing some real music , ZZ Top Boston, Eagles, Eric Clapton, Joe Bonamassa, Kenny Wayne Shepherd, Steve Miller Band, Journey, Bad Company, Van Halen , you know some good music. This is supposed to be classic rock not mr. Millennial and mr. X radio station
My favorite radio station in Helena for many years! The exception is " Gettin' the Led Out" ...is getting old... same old beat to death songs daily! Bring back three in a row from AC/DC, or any other artist really!
Thank you for the Doobie Brothers this morning. Long Train Running is one of my favorites.
TOO HOT FOR TEACHER. What in the name of Van Halen is that hack-job you air? Either play the song the way it was written, or don't play it at all! That hack-job you call a "politically correct" song is a total abomination!
Sad day for superhero fans. RIP Stan.
Check out this cute little gal rocking Queen.
Mark's +1 Bonnie and random friend also says thank you Brian and Chris!!!
Mark from Deer Lodge says hi and thank you Brian and Chris!!!
Mark from Deer Lodge would like to thank Brian and Chris!!! He is having a blast!! I'm sure he will be calling to give you a play by play.