Hear us on all your devices through the TuneIn app and 1630kcjj.com. Watch us on YouTube.

By Pat Harty IOWA CITY, Iowa – Iowa and Illinois supposedly don’t care much for each other in men’s basketball, but that’s okay because sometimes it leads to the kind of game that unfolded Saturday afternoon at a packed and raucous Carver-Hawkeye Arena. Games like this also produce stars for...

A life-threatening cold spell began to ease its grip on the northeastern United States on Saturday, but only after a new national windchill record was set in New Hampshire.

Evan Fisher, who captured photos and video of the suspected Chinese spy balloon flying over the US, speaks to CNN's Fredricka Whitfield about what he saw.

The US military has shot down a suspected Chinese spy balloon after it drifted off the East Coast near the Carolinas, a US official told CNN. Follow for live news updates.

The DNC officially moved the state ahead of Iowa and New Hampshire for their 2024 primary, following President Biden's recommendation.

U.S. has downed Chinese spy balloon off the Carolina coast and will attempt to recover debris

U.S. has downed Chinese spy balloon off the Carolina coast and will attempt to recover debris

US downs Chinese balloon over ocean, moves to recover debris

US downs Chinese balloon over ocean, moves to recover debris

WASHINGTON (AP) — The United States on Saturday downed a suspected Chinese spy balloon off the Carolina coast after it traversed sensitive military sites across North America and became the latest flashpoint in tensions between Washington and Beijing.

US military has shot down the Chinese spy balloon off US East Coast, US official says | CNN Politics

US military has shot down the Chinese spy balloon off US East Coast, US official says | CNN Politics

The US military has shot down the suspected Chinese surveillance balloon over the Atlantic Ocean off the Eastern Seaboard of the United States, a US official said Saturday.

A video that lasts about 40 seconds shows two boys repeatedly hitting a girl over the head.

More than 20 million people in the Northeast will continue enduring a brief, yet life-threatening, cold spell this weekend as temperatures feeling well below zero are delivered across the region.

Live updates: Suspected Chinese spy balloon flying over the US

Live updates: Suspected Chinese spy balloon flying over the US

US Secretary of State Antony Blinken has postponed his upcoming trip to China in response to the flying of a suspected Chinese spy balloon over the United States. Follow for live news updates.

Hunter 02/04/23 A new psychiatric evaluation has shown a Cedar Rapids man is competent to stand trial for a murder case. The Gazette reports that 62-year-old Arthur Flowers has demanded a speedy trial, which will now begin

Five players were ejected after a fight, in which punches were thrown and almost every player on the court was involved, marred the Orlando Magic's 127-120 victory over the Minnesota Timberwolves.

Five players were ejected after a fight, in which punches were thrown and almost every player on the court was involved, marred the Orlando Magic's 127-120 victory over the Minnesota Timberwolves.

Hunter 02/04/23 An Iowa City man was arrested Thursday morning after allegedly helping himself to several items at a South Gilbert Street convenience store. An officer responded to the K*m & Go at approximately 9:50 am on

Hunter 02/04/23 An Iowa City man was arrested early Friday morning after an alleged altercation with three women in the downtown area. Police say the incident occurred at around 1:45 am near the intersection of Linn and

is donating all proceeds from this online auction to to benefit the M.C.Ginsberg Artist in Residence program. The auction begins February 6, and goes through the 10th. It’s your chance to buy over 150 beautiful pieces of jewelry for a great cause!

MC Ginsberg giving back to the community

AP/Hunter 02/04/23 Democrats are poised to reorder their presidential primary schedule beginning next year, replacing Iowa with South Carolina in the leadoff spot as part of a major overhaul meant to empower Black and other minority voters

Hunter 02/04/23 Cedar Rapids police have made an arrest in a murder case from last month. On the evening of January 8th, officers responded to the 5500 block of Kirkwood Boulevard SW after receiving a report of

MINNEAPOLIS – Sophomore Patrick Kennedy had a happy homecoming as the second-ranked University of Iowa wrestling team posted an 18-13 victory over No. 12 Minnesota in front of a sold-out crowd of 15,250 on Friday night in Maturi Pavilion.

The Hawkeyes won the first six bouts of the dual to build an 18-0 lead before the Gophers won the final four matches with three coming against Iowa true freshmen. The win moves the Hawkeyes’ record to 13-1 overall and 6-1 in Big Ten action.

“We responded pretty well (from last week) with the older guys,” said Kennedy. “We had three true freshmen in the lineup tonight and I don’t think that has ever been done. We had two at Wisconsin and that had never been done.

“These guys go out and fight hard. We work year-round. We’re building and working for the postseason.”

Top-ranked Spencer Lee opened the dual with a 7-1 victory over No. 6 Patrick McKee at 125 to win his 50th consecutive match. Lee had a takedown and four-point near fall to build a 6-1 lead after the first and added a second period escape. Lee improves to 12-0 this season.

The Hawkeyes won their second match at 133 – a 4-3 decision by No. 17 Brody Teske over Jake Gliva. Teske led 1-0 following a second-period escape before Gilva had an escape and takedown early in the third period to take a 3-1 lead with 1:25 left.

The Fort Dodge, Iowa, native closed to within 3-2 with an escape before getting the match-clinching takedown with less than 10 seconds to go.

No. 2 Real Woods notched his 11th win of the season – an 8-1 decision over No. 15 Jake Bergeland at 141. Woods led 2-0 through the first and 5-0 through the second before getting a third period takedown to make it 7-0. Bergeland got a late escape to avoid the major, but Woods had more than two minutes of riding time in the match.

No. 6 Max Murin gave the Hawkeyes a 12-0 lead with an 11-7 decision over No. 15 Michael Blockhus at 149. Murin put the match away in the third period, locking up a cradle for a takedown and two-point near fall to take an 11-6 lead. The win improves Murin to 15-3 this season.

Iowa made it 5-for-5 before the break when No. 15 Cobe Siebrecht won a 4-0 decision over No. 17 Brayton Lee at 157. Siebrecht body locked Lee for a first-period takedown and led 3-0 through two before accumulating 2:43 of riding time. The win moves Siebrecht to 9-3 this season with five ranked wins.

No. 7 Patrick Kennedy extended the Hawkeyes’ winning streak to six matches with a 13-8 decision over Cael Carlson at 165. The Minnesota native had three first-period takedowns to build a 6-2 lead and he had five takedowns in the match to improve 14-2 this season.

“I felt good with effort; I went out and scored points,” said Kennedy. “Points are what wins matches, you can beat a guy on the mat, but ultimately you have to win on the scoreboard. It felt great to get a win (in Minnesota). My parents got a coach bus and brought a ton of people. I was happy to send them home with a win.”

The Gophers won the final four matches of the dual with three Hawkeye freshman in the lineup. No. 11 Bailee O’Reilly won a 4-1 decision over Aiden Riggins at 174, No. 10 Isaiah Salazar used a late escape to post a major decision over Drake Rhodes at 184 and No. 32 Garrett Joles downed Bradley Hill, 5-0, at heavyweight.

At 197, Iowa’s No. 7 Jacob Warner rode out No. 28 Michial Foy the entire second period before Foy erased the riding time and cut the Hawkeye with a minute left in the third. Foy pulled off the upset when he came out of a scramble with a takedown just before time expired to claim a 2-1 decision.

This turtle has been living with dogs since its birth ... now very good friends🐕🐢🧡

Melinda Dillon, Actress in ‘Close Encounters of the Third Kind’ and ‘A Christmas Story,’ Dies at 83

Melinda Dillon, Actress in ‘Close Encounters of the Third Kind’ and ‘A Christmas Story,’ Dies at 83

A two-time Oscar nominee, she also appeared in 'Bound for Glory,' 'Slap Shot' and on Broadway in 'Who's Afraid of Virginia Woolf?'

with a 7-1 decision over No. 6 Patrick McKee -- his 5th win over a ranked opponent this season.

IOWA CITY, Iowa – Iowa basketball coach Fran McCaffery met with the media virtually Friday before facing rival Illinois Saturday afternoon in a sold out Carver-Hawkeye Arena. He talked about what he expects from the Illini, center Josh Ogundele returning to practice, more minutes for freshman poin...

Naked and armed with a toilet plunger. That's how police say a Las Vegas man terrorized a guest at a downtown Des Moines hotel last week.

Be the first to know and let us send you an email when 1630 KCJJ posts news and promotions. Your email address will not be used for any other purpose, and you can unsubscribe at any time. 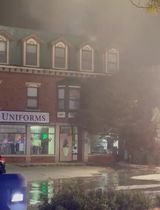 Fire tonight on the Coralville Strip. 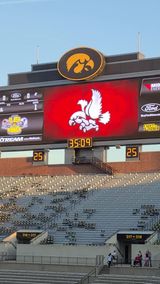 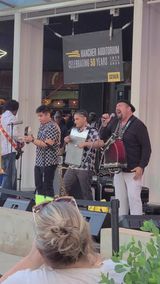 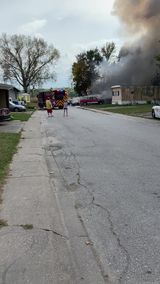 Tommy Lang with breaking news coverage from a fire at the Regency mobile home park. Two homes appear to be a total loss with one suffering smoke damage. Two vehicles also look like they were totaled.   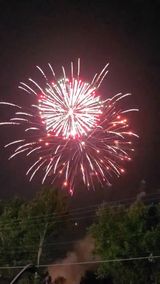 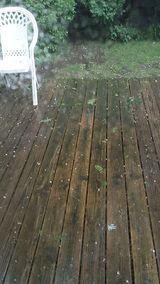 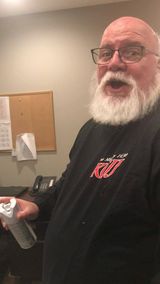 Starting the day the Trump way... 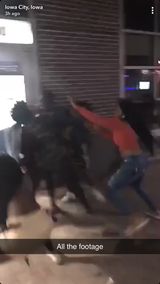 Snapchat video shows Ped Mall brawl Lang 8/25/19 A large brawl on the Ped Mall was caught on video early Sunday morning. The video, captured on Snapchat, shows a number of subjects fighting outside Merge on South Dubuque Street. Most of those involved appear to be women. The video contains strong language. It is unknown if any arrests were made or charges were filed.

So there’s this...plenty of time to join us! At Scheels outside of Coral Ridge Mall! 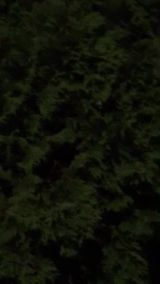 Other Radio Stations in Iowa City

THANK YOU for the LIVE coverage right now!!
🎁 We had a great time announcing United Way of Johnson & Washington Counties Holiday Adopt A Family this morning on the radio followed by KCJJ presenting a check to get the program rolling! Thank you KCJJ! ❤
❓ Want to adopt a family this holiday season?
☎️ Call (319) 338-7823 or
📩 Email [email protected]
https://www.unitedwayjwc.org/uwadoptfamily
Tune in to KCJJ this morning at 8:00 to hear our Director of Community Engagement Alta Medea-Peters discuss our upcoming events for Domestic Violence Awareness Month! https://www.1630kcjj.com/
Happy Anniversary to our fellow local broadcasters KCJJ

Glad to share the airwaves with you!
Kick-off Breast Cancer Awareness month with Jessica and Katie by listening to the KCJJ noon show with James Hunter. Stream live here: https://streamdb5web.securenetsystems.net/v5/index.cfm?stationCallSign=KCJJ
What is up with the YouTube feed?
Our gratitude to KCJJ and to our community for another successful Radiothon event. Funds raised from Radiothon are helping us rescue nutritious food to deliver more than 190,000 meals to our neighbors this summer.
We found financial help with our well issue at the station!!
The broadcasting dynasty…
Steve’s grandkids learning the trade….
IC Compassion staff members extraordinaire Dayrin and Lexi spoke during the Table to Table radiothon fundraiser at KCJJ about the vital work that Table to Table is doing in the Iowa City community. By supporting their work, you are also supporting the work of the IC Compassion Food Pantry to feed families in our community.

AmeriCorps
Tonight’s Friday Night Concert on the Ped Mall in Iowa City is being moved to the Chauncey Swan Parking Ramp. 6:30pm.
x

Other Radio Stations in Iowa City (show all)