The oldest (since 1945), annual, most current, pictorial and statistical record of the American thea 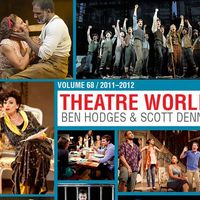 So proud and excited to produce this wonderful event again and this time with Theatre World Award winner Andrea Martin! http://www.broadwayworld.com/article/Andrea-Martin-and-Seth-Rudetsky-to-Appear-at-2015-Fire-Island-Pines-Literary-and-Theater-Weekend-20150817

Theatre World Volume 69: 2012-2013 will be out (pub date) October 24, 2015. As you can imagine, with the tumult in the publishing world, as well as the voluminous amount of material we cover (and increasingly comprehensive with respect to regional theatres, etc.) With the demise of Best Plays as well as the sui generis nature of our publication, the delay is really because as the only comprehensive guide now to the whole of the American theatre we are striving to be as complete and accurate as possible and therefore takes a bit longer. But we hope to get more current.

Forgot to post my interview this past August with Dave Lefkowitz...
http://www.youtube.com/watch?v=iIrqHlbQeMI 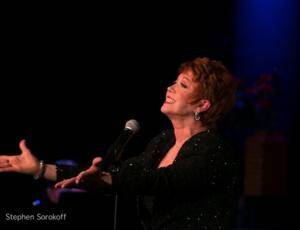 So proud to once again be producing this wonderful event:

Let's do it again

The theater may be the only industry that constantly regurgitates its past. What worked? What failed? What should be revived? Where did we go wrong or, we pray, right? At hand, two new books that chronicle the ups and downs of the Fabulous Invalid.

"Theatre World" Editor in chief Ben Hodges will be on KDHX St. Louis' "Break A Leg" show discussing "Theatre World," etc....please listen if in the area!

"Theatre World" Volume 68 will be released May 2013!!!
Celebrating its 68th year, Theatre World remains the definitive annual record of the American theatre—the most complete record of the Broadway, Off-Broadway, Off-Off-Broadway, and regional theatre seasons. The trend of movies being turned into successful musicals continued on Broadway, with Once winning the Tony Award for Best Musical and its star Steve Kazee taking home the Tony for Best Actor in a Musical, while Disney’s stage adaptation of Newsies won the Tony for Best Score. The hilarious 2011 Pulitzer Prize winning Clybourne Park took home the Tony for Best Play, and Mike Nichols picked up his ninth overall Tony for his direction of Death of a Salesman, which also won the Tony for Best Revival of a Play, starring Philip Seymour Hoffman as W***y Loman. Audra McDonald made history in becoming the only African-American actress to win five Tony Awards with her stunning performance in The Gershwins’ Porgy and Bess, while Broadway newcomer Nina Arianda performed like a pro to win the Tony for Best Actress in a Play for David Ives’ Venus in Fur. James Corden was a surprise Tony winner as Best Actor in a Play for his tour de force in Richard Bean’s British transfer One Man, Two Guvnors, and Broadway veterans Judy Kaye and Michael McGrath showed how to get it done in Nice Work If You Can Get It, nabbing Tonys for Best Supporting Actress and Actor in a Musical, respectively. Off-Broadway, Richard Nelson’s Sweet and Sad, opening (and set on) the tenth anniversary of 9/11 won rave reviews at the Public Theater, as did Tribes, Nina Raines’ strong ensemble piece that continued the recent run of David Cromer’s successful plays at the Barrow Street Theater. Regional theatres continued to herald Broadway fare, with Tony winner Newsies debuting at New Jersey’s Papermill Playhouse and End of the Rainbow premiering at the Guthrie in Minneapolis, with its star Tracie Bennett eventually winning a Theatre World Award as well as a Tony nod for her portrayal as legend Judy Garland.

(Applause Books). Movie fans eagerly await each new edition of Screen World , the definitive record of the cinema since 1949. Volume 63 provides an illustrated listing of every significant American and foreign film released in the United States in 2011, documented with more than 1,000 black-and-...

Whether as a casual browse by non-specialist general readers with an interest in the performing arts, or a student researching contemporary theatre, "Theatre World: Volume 67 2010-2011" is the collaborative work of the editorial team of Ben Hodges (President of Theatre World Media and editor-in-chief of 'Theatre World') and professional actor/singer Scott Denny will prove to be an invaluable reference addition to professional, academic, and community library Theatre/Cinema/TV reference collections and supplemental reading lists. This 500-page compendium is the core guide to all venues of live theatrical productions from New York City's Broadway to all of the major regional theatres around the country. Of special note are the succinct synopsis, casts, and contributors for Broadway, Off-Broadway, Off-Off-Broadway, and regional threatre productions for the past year. Profusely illustrated throughout with more than 800 hundred black-and-white photographs, "Theatre World: Volume 67 2010-2011" is informed and informative, including obituaries, lists of longest running shows, nominees and winners of major theatrical awards, and a comprehensive index.

Congratulations to our sister publication, "Screen World," also now published by Theatre World Media and distributed by Hal Leonard Corp., on the rave review its getting in the Feb. 1st edition of "Library Journal."

TheaterMania offers a look at new theatrical tomes that can make the perfect gift for the theater-lover in your life. - 10 Holiday Books - Feature - by Zachary Stewart on Dec 10, 2011 on TheaterMania.com

The 5th Annual Fire Island Pines Literary and Theater Weekend is this weekend!!!! See post below1

Special guests: Harvey Evans (Broadway legend and performer of both stage and film productions of West Side Story), Christine Pedi (currently of NEWSical The Musical and SiriusXM radio host), Misha Berson (author of Something's Coming, Something Good: West Side Story and the American Imagination), B...

Please join us! The 5th Annual Fire Island Literary and Theater Festival in The Pines on Oct. 14, 15, and 16th... surrounding the 50th anniversary of "West Side Story" production and film, with Broadway legend Harvey Evans, who performed in both the stage production and film, authors on book about the show Misha Berson and Barry Monush, and Broadway performers doing numbers from the show TBA!!!!

Be the first to know and let us send you an email when Theatre World posts news and promotions. Your email address will not be used for any other purpose, and you can unsubscribe at any time.

Send a message to Theatre World:

Other Media/News Companies in Jersey City

Other Media/News Companies in Jersey City (show all)