Kerr Fatou is an Online Media House with focus on the Gambia and African News. Gambia Press Union 2021 TV Platform OF The Year �

President Barrow & President Macky Sall State House, Banjul, 27th May 2022: His Excellency, President Adama Barrow has dispatched a letter of condolence to his brother and colleague, H.E. Macky Sall, President of the Republic of Senegal, on the sad and unfortunate death of eleven innocent babies .....

Now you can sign on to our 12 months care plans and pay monthly. We are excited to announce that Innovarx Global Health completed an exclusive healthcare financing agreement with the remittance, Microfinance, and Fintech company ANG CAPITAL LTD in the #Gambia. The agreement is a significant milestone in creating more access to our premium yearly subscription care plans by creating the flexibility of smaller monthly payments while receiving the benefits of continuity of care. As a remittance provider, ANG CAPITAL can now create avenues for Gambians in the diaspora to have a one-stop shop to facilitate payments for essential services especially healthcare. Statement by the UN Resident Coordinator for The Gambia, Mrs. Seraphine Wakana, on the release by the Government of The Gambia of its White Paper. - Kerr Fatou Online Media House

Statement by the UN Resident Coordinator for The Gambia, Mrs. Seraphine Wakana, on the release by the Government of The Gambia of its White Paper. - Kerr Fatou Online Media House

For all your printing & publishing needs contact Gambia Printing and Publishing Corporation.
For more information call us on +2204374402/ +4374493.

#Ad#
Enjoy more for less! For every purchase of Gamcel data bundle you will enjoy 20% extra MB to be received within 30mins.

The Gambia government has accepted to prosecute former Junta member, Edward Sighnatey, former Junta Chairman and President Yahya Jammeh, Peter Singhatey and Yankuba Touray over the murder of Ousman Koro Ceesay and subverting the course of justice by covering up their crime.

Breaking News: Seneweb.com is reporting that President Macky Sall Sacks Minister Of Health Following the incident at the hospital in Tivaoune.

Abdoulaye Diouf Sarr has been sacked. Until then Minister of Health and Social Action, he was swept away by the flames of the fire which broke out on Wednesday evening at the Abdou Aziz Sy hospital in Tivaoune. 11 babies died in this calamity.

The Minister's replacement is known. Indeed, the Head of State did not look very far. Doctor Marie Khemesse Ngom Ndiaye, who is also Director General of Health, now occupies this position.

Note that the Minister was recalled from Genesis where he was during the incident. Back in Dakar he went to the place where he dodged the question of resignation.
Source: @Seneweb.com

President Adama Barrow arrived in Malabo, Equatorial Guinea ahead of the 16th Extraordinary Summit of The African Union on Terrorism and Unconstitutional Change of Government in Africa.

The Director of Diaspora and Migration Directorate of the Ministry of Foreign Affairs, Mr. Musa Camara led a delegation to the first ever meeting about missing migrants on the migratory routes of West and North Africa by State and Non-State Actors, held in Tunisia from 24-26 May 2022. The delegati....

Chronik Nation is set to stage a show at Brikama to campaign and sensitize the public about my debut album (BigBuba, LandaFarso). Landfarso is never a small thing ..when ever u hear the name what comes to your mind first is gigantic… this means the music content in the album is diverse … innovating new sounds in my craftz..entertaining and same time talking about the difficulties and challenges in my society as I am the voice of the voiceless…so generally it’s going to contain different vibes for the different audience out there …
This album is going to tell you about my struggles and challenges when I came in the music industry in my first breakthrough and the love and disappointments and betrayals and also about my accomplishments and achievements in a short time in the music business…
One can say this is the definition of BigBuba aka chroniko

Are you interested in making the transition to renewable energy? Get second to none professionals help from Solar enterprise.

Sanna Sabally, former Junta Vice Chair The Gambia Government has rejected the recommendation of TRRC to grant the former Vice Chair of the Junta, Sanna Sabally an amnesty. Government said, although Sanna might have made full disclosure as well as showed remorse, he is one of the individuals who bear...

For all your printing & publishing needs contact Gambia Printing and Publishing Corporation.
For more information call us on +2204374402/ +4374493. The Pan-African Network for Artistic Freedom (PANAF) initiative will be launched in The Gambia on 18thJune 2022.

PANAF was established in November 2021 in response to the need of an active and inclusive regional voice in the creative sector that could raise awareness of incidents of artistic freedom violations and collaborate with artistic rights advocates in regional and national advocacy efforts.

In The Gambia SELAM has partnered with Team Gom Sa Bopa. This partnership will allow the two organisations to work together to develop a unified voice for artists, and cultural producers advocating for artistic freedom in the music and film industries. The project will include capacity building, policy support and lobbying, research, workshops, s and report publication as well as monitoring, and documentation of violations, all with the goal of forming alliances for knowledge exchange and cooperative advocacy campaigns.

"This partnership is extremely important as the space for free thinkers on the continent continues to dwindle; artists are finding it increasingly difficult to practise any of the creative arts that require conscious use of skill and creative imagination,” Selam regional programme director Lucy Ilado said.

“We can't celebrate African creators' achievements across disciplines without acknowledging the works we can't enjoy due to censorship in the arts and the internet - or the many more works that can't be envisioned or made because of these restrictions. Engaging with lawmakers on the significance of recognizing and defending the rights of all artists to create and disseminate their work without fear of retaliation is one of the things we are most looking forward to.”

Since the dawn of the new dispensation (2017) the Gambia has found a new lease of freedom for the creative sector which is thriving given the proliferation of artistic platforms available in the country. However, in the rest of Africa this is not the case with a number of cases where artists have faced challenges while practising their art. Team Gom Sa Bopa, SELAM and Partners will endeavour to maintain a continental perspective to learn from best practices in an ever changing environment.

The Nigerian and Rwandan chapters will also launch this month. The PANAF chapters in Mozambique, Kenya, Zambia, Uganda, and Ethiopia were launched in May.

Selam is a cultural organisation with offices in Stockholm (Sweden), Addis Ababa (Ethiopia), Kampala (Uganda), and Nairobi (Africa). It has been active in cultural development and development aid for over 20 years, using its vast experience and worldwide network to develop and execute diverse cultural programs in Africa, Latin America and Asia.

Be the first to know and let us send you an email when KERR FATOU posts news and promotions. Your email address will not be used for any other purpose, and you can unsubscribe at any time.

Send a message to KERR FATOU:

Launching of the Africell Impact Foundation 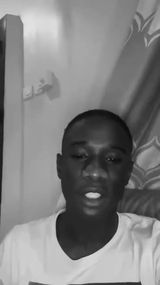 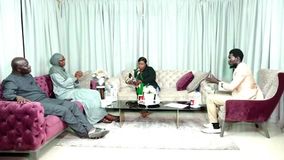 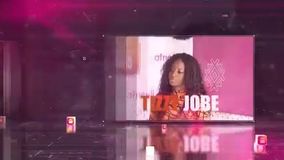 Other Media/News Companies in Jersey City