NOL JONES LISTEN TO THE DJ INTERVIEW TEASER 2 OF 3

"The DJ on some trash s**t" This Artist from NJ is disrespectful, but his music 🔥 tho 🤣

"The DJ on some trash s**t" This Artist from NJ is disrespectful, but his music 🔥 tho 🤣Hey Listeners,We have teaser#2 from the Hip Hop Artist & Producer #n...

NOL JONES-LISTEN TO THE DJ INTERVIEW TEASER 1 OF 3

We have the highly anticipated #LISTENTOTHEDJ #INTERVIEW with New Jersey Hip Hop Artist & Producer noljones on the way! In the meantime watch & LISTEN to this teaser! FULL VIDEO WILL BE DROPPING IN A FEW DAYS

The biggest blogger in the world, itz bizkitt sets the intro off with some kind words.

-No L talks about his 1st rap name.
-No L roasts the Host Son's name.
-Dj Chainsaw touches on playing & promoting wack & trap music.
-NoL talks about how often he makes music.
-Chain tries to pin point NoL's genre of music without putting him in a box.
-Chain asks NoL if he's a gangsta?

Mystere Vision Artist NoL Jones is Emerging musician out of central jersey making amazing music that most people don't make anymore. Growing up he was always around music, his father was a rapper/producer very involved in the music industry. His father met his mother with the help of eminem's tour manager (to be) & then noL was born.

He focused on production for the whole summer of 2016, making 1,000+ finished hip hop beats with his own energy & inspiration while mastering his signature trap sound. His versatility allows him to bring you back with vivid storytelling & unique wordplay, while his uptempo music is undeniably good compared to mainstream records. The mix of quality instrumentals & supreme lyrics is helping him take New Jersey by storm.

We have the highly anticipated #LISTENTOTHEDJ #INTERVIEW with New Jersey Hip Hop Artist & Producer #NOLJONES on the way! In the meantime watch & LISTEN to th... 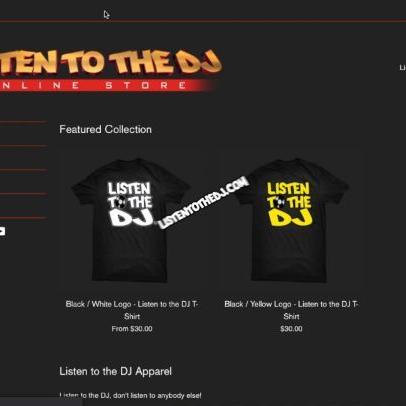 "Listen to the Dj's putting in WORK"
Cop your L.T.T.D. edition SHIRT!

"Listen to the Dj's putting in WORK"
Cop your L.T.T.D. edition SHIRT!

KABAKA PYRAMID-READY - LISTEN TO THE DJ

Hey Listeners, We just added a new tune to our “Listen to the DJ Playlist” titled “Ready” by Kingston, Jamaica’s conscious revolutionary lyricist & Artist Kabaka Pyramid. The record is...

JIGGIE GEE-PULL UP PAY UP - LISTEN TO THE DJ

DJ Chainsaw of listentothedj.com gives his “Chain Reaction” for “Underground Hip Hop Empress” Jiggie Gee’s new Record titled “Pull Up Pay Up” Jiggie is not new to the music industry. Known as Hip Hops lyrical v***n with a body of work dating back to the 90s! Brooklyn, NY born and raise...

This is the website of Jamie Dafoxx. Shop for canvas prints, framed prints, posters, greeting cards, and more. Coming soon...

BRAN NEW-MAKE IT OUT - LISTEN TO THE DJ

DJ Chainsaw gives his "Chain Reaction" for Bran New's record "Make It Out" The Philly, PA RnB Singer & Songwriter paints the picture for Listeners to his trials and tribulations then explains how he would navigate around the obstacles!

DJ Chainsaw of Listentothedj.com gives his “Chain Reaction” for Bran New‘s record “Make It Out” The Philly, PA RnB Singer & Songwriter paints the picture for Listeners to his trials...

We have partnered with another trusted source, @dafoxx2 & Foxx107radio guaranteed to maximize your audience and add value to your accomplishments!

For those of you that have contacted us in reguards to promoting your music and or business endeavors on our platform, you should add @foxx107radio to your must do promotional campaigns...

"Yo this Dj Chainsaw from https://www.listentothedj .com https://djchainsaw .com shoutout Foxx 107 Radio, here we go. Stay tuned for new music, mix shows and more. Follow us on all social media @listentothedj If I'm promoting it you know it's dope as s**t"

We just added the Number 1 Record on the Itunes Reggae Chart by Jamaican Artists #TarrusRiley, #Shenseea & #Rvssian titled #Lighter to our #listentothedjplaylist 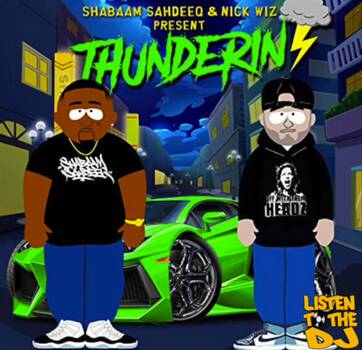 COLOR DISCLAIMERDue to variations in monitor settings, LTTD Apparel assumes no responsibility and makes no guarantees regarding color matches of product or production, either within an order or in a reorder. We cannot guarantee that the colors displayed on our website will exactly match the color of...

Listen to the DJ

Please download our APP, asap to be up to date with the exclusives!
https://apps.apple.com/us/app/listen-to-the-dj/id1501845544
https://play.google.com/store/apps/details?id=com.ni.ListentotheDJ 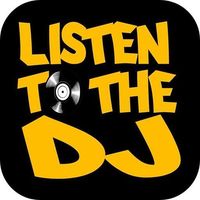 Listen to the DJ Intro (gif)

Be the first to know and let us send you an email when Listen To The DJs posts news and promotions. Your email address will not be used for any other purpose, and you can unsubscribe at any time.

Send a message to Listen To The DJs: 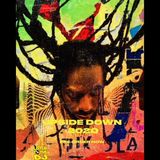 Listen to the DJ Intro (gif) 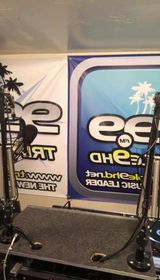 Other Media/News Companies in Las Vegas