Choose to have a good day, we’ve got the music to make it happen!

Fresh Pressed has new tracks from Machine Gun Kelly, Weezer, Beabadoobee, Dance Gavin Dance, Taking Back Sunday, Architects, and much more at the link in bio

It's that time, time to go listen to these artists flex on new music on Fresh Pressed
Machine Gun Kelly - “Maybe” ft bring me the horizon
Weezer - “A Little Bit Of Love”
Kenny Hoopla - “Dirty White Vans”
Our Last Night - “F.E.A.R.”
Lights - “In My Head” with some Josh Dun sauce

what? you want more?
Fresh Pressed by @joedeandrea has it all (ok most of it but more than enough to make your weekend sound good)

You know how to get to it

Get it where you get your pods!

You know if it’s happening idobi will be there! Day and Renee representing
@GeekGirlRiot and @idobiradio at #sxsw

If you could only listen to one of these State Champs albums/EPs for the rest of your life, which one would it be?⁠
⁠
.⁠
.⁠
.⁠
.⁠
.⁠
#statechamps#idobi#idobiradio#newmusic#poppunk#alternative#rockmusic#internetradio#altrock#altpop

Oh man, the idobi archives are kind of epic! What came first idobi or the pop punk? The world may never know but we’ve been here from the beginning🖤
.
.
.
.
.
#idobi #idobiradio #poppunk #oldschool #wearetheOGsofpoppunk #altrock #goodcharlotte #blink182 #simpleplan

We're celebrating all the dope women here at idobi Radio and all over the world today! Happy #InternationalWomensDay to all the badass women of the world! ❤️❤️❤️🤘
.
.
.
#womensday #womenempowerment #womensupportingwomen #womenpower #womeninbusiness #girlpower #feminism #love #womenstyle

It’s been a great year of episodes on Man Of The Hour! Tune-in for the last episode of 2021 tonight at 8pm ET & PT!

It’s News To Us keeps us up on info from all around the globe and the internet, usually we have a laugh but this one is purely jaw dropping!

Happy Holidays! As a CEO lays off 900 people in a ZOOM call.

Catch up on @itsnewstous at the link in bio🎄

Nerds for Nuts in NYC! The Nerds are back on the East coast together and the feeling's good! They had a successful adventure in NYC weed and they’re feeling the east coast love. Definitely one of their more positive episodes, the holidaze in NYC just hit different. They also circle back to their Huff & Puff from last week, they have opinions on teae so called Fentanyl laced weed cases! Bottom line, don’t panic! It’s organic!

Did you miss Monday’s @coolnerdweedshow? Don’t panic, you can listen at the link in bio *we couldn’t find a way to make that rhyme lol*

Tonight Patrick is spinning tracks from Silent Planet, We Came As Romans, Bleed From Within, Imminence, Angel Maker + much more!

The XAMBASSADORS show at Webster Hall in NYC was so killer! Check out pics at the link in bio
.
.
.
📸@jesswilliamsphoto

When a show goes off idobi is there! Ash Nikki was mind blowing at Terminal 5 in NYC.
Check out the pics at the link in bio.
.
.
.
📸@jesswilliamsphoto

We are excited to announce we are partnering with TOGETHER WE MAKE NOISE (@bignoise) on a mental health edition of a John Feldmann Feedback Session in order to raise funds for the mental health organization @openpathpsychotherapy. Please note, we are only accepting tracks that are related to mental health. DON'T FORGET to briefly explain how your track is related to mental health when you email. Submission link in bio!
.
.
.
.
.
#idobi #idobiradio #togetherwemakenoise #openpathpsychotherapy #johnfeldmann #demos #songwriter #musicproduction #johnfeldmannfeedbacksession #mentalhealth #mentalhealthawareness #mentalhealthmatters #mentalillness #mentalwellness #msyfao #twloha

Who’s got tickets for the live stream?

New Music Friday is upon us and the most popular hot releases live in Fresh Pressed!

Have some @adele, @finneas, @augustburnsred, @illenium, @coldplay, @cheatcodes, @tommorello, & MORE at the link in bio

Halloween is hands down the best holiday🎃

Carve an idobi pumpkin and tag us for the chance to win a $50 scary movie night!

We love these two from Death By Stereo and A Wilhelm Scream! Listen at the link in bio🎧

In today’s idobi News Flash we talk about the House of the Dragon teaser trailer, new music from Adele, and the upcoming Wendy’s cereal at the link bio📰

Hope you read that in your best monster truck rally voice because that’s how we feel about The Brett Davern show’s 1,000th episode!

What’s your favorite fruit? Like crocs? Want to make fun of Katie for liking crocs? Need to confess something from your weekend? Ever thought about buying your dad a bidet? (Okay, that last one is very niche)

Tell us your favorite Brett Davern Show memory or just join in the round of applause for episode 1,000👏👏👏

Hear the 2-hour special this Friday and listen every weekday at 10AM ET / 7AM PT on the idobi app or online at idobi.com

Wondering what to watch this week? We got you, how about:
#TheGoodDoctor
#AttackoftheHollywoodClichés!
#ChicagoMed
#GreysAnatomy x #station19
#bigskyabc
#maid
#TheWalkingDeadWorldBeyond
Come chill at the link in bio📺

Fresh Pressed is your backstage pass to New Music Friday🤘

You pick the show, we pick the snacks okay? So what’s it gonna be?
The Great British Baking Show?
The Wonder Years?
Doom Patrol?
Dear White People?
The Rookie?
There’s more to choose from at the link in bio📺

In today’s idobi News Flash we talk about last nights Emmys, share how we are moving forward in the pandemic, give a Gabby Petito update, and gush over Broadway Does Punk📰

Get you news flash at the link in bio

Friday nights are for what’s new in rock music on Friday Night Harder!

Patrick spins you the best in Heavy Music with a ton of tracks from bands who dropped albums today including @spiritboxband @theplotinyou @vulvodyniaslam @employedtoserve along w/ new singles from @wagewar @cbktweets @everytimeidie + much more!

Listen at idobi.com or on the idobi app🤘

Wrong lyrics are the best lyrics. Song along on idobi.

Sing it your way. Listen to idobi radio on the idobi app or online at the link in bio.

These new tracks in Inbox Jukebox from Serena Isioma, Syd x Smino, & Rest For The Wicked are gonna get you on a vibe for the weekend☀️

It’s the best day of the week again, New Music Friday✨ We picked all the goods ones for you🤌

Our friend Chase grabbed a few snaps at the show in Orlando, what a show🖤

Where did you see Sad Summer Fest? What was the best part?

This past weekend our friend Chase was at The Chapel Chop Festival in Wesley Chapel Florida to see Nightbreakers and We The Kings!

You could have an existential crisis due to the state of the world or you could sing “it’s the end of the world as we know it and I feel fine” while you grab snacks and come stream some entertainment with us
😳
Okay, that was dark, whatever, let’s watch:
#Inspiration4
#thecirclenetflix
#wutangonhulu
#lucifernetflix
#metalshopmasters
+MORE📺

Get more entertainment at the link in bio

Be the first to know and let us send you an email when idobi Radio posts news and promotions. Your email address will not be used for any other purpose, and you can unsubscribe at any time.

Send a message to idobi Radio: 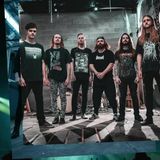 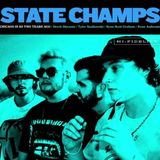 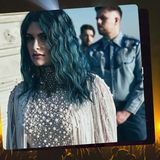 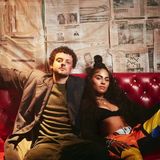 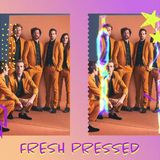 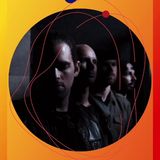 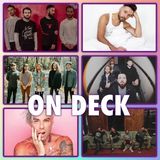 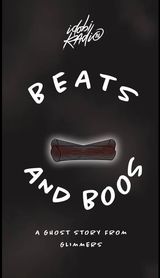 idobi’s Beats and Boos: A Ghost Story from Glimmers 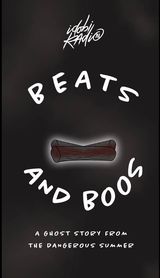 idobi’s Beats and Boos: A Ghost Story from AJ Perdomo 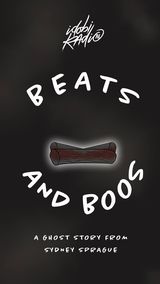 idobi's Beats and Boos: A Ghost Story From Sydney Sprague 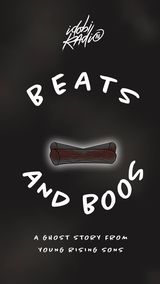 idobi's Beats and Boos: A Ghost Story From American Authors

idobi Radio is an internet radio station that broadcasts 24/7 alternative rock music with a mainstream focus. Since 1999, we’ve brought you the best of your favorite (and soon-to-be favorite) artists from all over the world.*

Since our origins from our leader Tom Cheney’s home computer, we’ve become the #6 internet radio station and the #1 alternative-rock online station in the world. Drawing in over 5.5 million listeners every month, we’re one of the most popular online broadcasters worldwide as certified by Triton Digital, and to boot we have rock stars as radio hosts—whether by occupation, or simply because they know how to rock the airwaves. Simple Plan’s Sébastien Lefebvre and radio personality Patrick Langlois co-host their own show, and they’re joined on the idobi roster by the likes of MxPx and Goldfinger to name a few. For a more detailed list of our shows, click here—you’re bound to find something you can’t get enough of.

If you’re someone who can’t wait for the summer and the Vans Warped Tour, we have that covered too: for the third year running, idobi Radio and Vans Warped Tour have partnered to bring fans an exclusive all-access pass to the event of the summer. idobi Warped Radio takes fans on a Warped Tour adventure featuring listener-centric coverage like Artist on Artist interviews, non-profit spotlights, and takeovers from fan favorite bands. It’s like being there.

Created for those who like their music heavy and their speakers loud, idobi Howl is here to satisfy all your hardcore needs. Streaming online 24/7 alongside idobi, the station has music from the likes of Bring Me The Horizon, letlive., Killswitch Engage, and more. Howl brings you more compelling and heavier radio shows, interviews, and takeovers—we have something “for those about to rock”.

Welcome to the epicenter of indie: idobi Anthm is the new go-to station for anyone who wants to hear something different on the airwaves, without any rules. Anthm brings new music to the open-minded music lovers, festival goers, and young connoisseurs in the world. Streaming online all day, every day, the station plays indie and indie rock from the likes of MGMT, Smallpools, Spoon, Vampire Weekend, Ty Segall and others.

Carry the best music in your pocket

We know our worldwide audience is always on the move. That’s the beauty of internet radio—it fits right onto a handy app on your smartphone. idobi Radio is available on the idobi App for iOS and Android devices, so you won’t miss a thing. Just like the movies, you now have your own life soundtrack, while keeping up to date with the latest news, interviews and can even check out photos from the show. And if you somehow missed your favorite idobi show, you can download and listen to all our podcasts for free through the app.

Running interviews into the ground since 1999

From the early days of Warped Tour to the glory days of Skate and Surf Festival, idobi has been uniting fans and artists all over the world for over fifteen years.

We’ve brought you the earliest interviews with Good Charlotte, Fall Out Boy, and All Time Low; way before they were ever on MTV. idobi is the place to go for pop-punk, alternative, and hardcore, and once you’re hooked you’ll never want to leave. We’re not just a radio station, we’re an entire network of all things music.

Alongside interviews with all your favorite artists, we bring you the latest music news with our own spin, awesome editorial. We have our own voice—we’re trendsetters, not followers—and that’s what makes us the only place you need to find your next favorite band. So get involved and join the family.

*idobi Radio works closely with the artists we promote. Artists wishing to submit music for airplay consideration should visit the submission page for more information.