Here is your link to the Dec. 2 digital edition of the Beachcomber newspaper:

Here is your link to the Nov. 18 digital edition of the Beachcomber:

Is it any wonder that he's had eight residences in the past few years?

Last month in this column we shared with you the case of Vincent Jude Creighton, a 55-year-old homophobe living at 3358 Senasac Ave. since September 20, 2021. He’s been engaged in numerous assaults against his gay, next-door neighbor that have disrupted the entire neighborhood. Some examples:

A Message to the Undecided Voters

“Every society is perfectly engineered to get the results that it is getting.” At a conference 15 years ago, a presenter stated this quote and I never forgot it...and neither should anyone who remains undecided or may have considered skipping the ballot box altogether.

Here is your link to the Nov. 4 digital edition of the Beachcomber:

"The review left this reporter with the impression that Allen’s actions were malicious as opposed to self-protective."

In 2019, the tourism information center VistMesa had been working on a year-long project to help tailor and accommodate travel experiences for individuals with autism and their families. 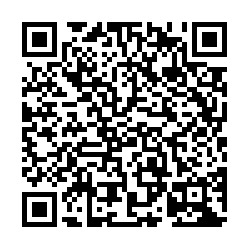 Here is your link to the Oct. 21 digital edition of the Beachcomber: https://www.flipsnack.com/CD8D65DD75E/bcr102122.html

Vote Against the 'Union Mafia'

Just say "no" to the Long Beach political machine.

With the Nov. 8 election drawing near it would be great to see more people voting in person or sending in their mailed ballot.

Vote ‘No’ on Measure E

Story updated with letter to the editor from Rhode Island authority.

On Sept. 7, Moira Hahn, a resident of Long Beach, filed a complaint with the Long Beach Citywide Accessibility Coordinator, stating that the city had misused the protections of the American with Disabilities Act (ADA). 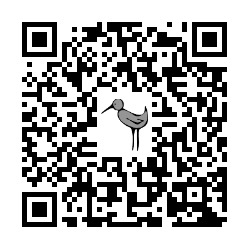 Here is your link to the Oct. 7 digital edition of the Beachcomber: https://www.flipsnack.com/CD8D65DD75E/bcr100722.html

“No application is complete or will be considered without the administrative fee.” PAY TO PLAY?

Re-posting this. An edit to shorten the headline also changed the link.

The Times should provide at least one in-depth review of Luna’s performance as chief of the Long Beach Police Department.

Vote for Suzie Price on Nov. 8

The election is just a few weeks away and the Beachcomber encourages your vote for Suzie Price as mayor. She is running against Rex Richardson for the post.

Here is your link to the digital edition of the Sept. 23 Beachcomber:

Digital version of the 9/23/22 Beachcomber newspaper

134 years in the making but information stonewalled by the city.

The LBPD was founded 134 years ago. Today it is the second largest municipal police agency in Los Angeles County and the 7th largest in California.

Here is your link to the Sept. 9 digital edition of the Beachcomber:

“The first sentence in the “supporters say column” is false and misleading and should not withstand legal review prior to being placed on the ballot.” – Tom Beck

On July 1 the Beachcomber published an article entitled CPCC Authority Gutted by Proposed Charter Amendment, which included an extremely critical analysis of the amendment by eight e

Here is your link to the July 29 digital edition of the Beachcomber: https://www.flipsnack.com/CD8D65DD75E/bcr072922.html

Parklets: A Quality of Life or NIMBY Issue?

"Use your voice and leadership now to halt all parklets in Belmont Shore.”

On December 7, 2021 Brain Cochrane, a board member of the Belmont Shore Homeowner’s Association (BSHA) appeared before the City Council to provide resident input into the city plan to once again extend the then-current sunset date of June 30, 2022 for the “temporary parklets” dotting Belmont S...

"[CPCC Director] Weithers' response exhibited a total lack of knowledge relative to the content of the amendment and the law."

On July 1 the Beachcomber published an article entitled CPCC Authority Gutted by Proposed Charter Amendment, which included an extremely critical analysis of the amendment by eight e

Here is your link to the July 15 digital edition of the Beachcomber: https://www.flipsnack.com/CD8D65DD75E/bcr071522.html

Assembly Bill 481 approved by the governor and signed into law on Sept. 30, 2021 restricts law enforcement purchases and use of military equipment.

Here is your link to the July 1 digital edition of the Beachcomber: https://www.flipsnack.com/CD8D65DD75E/bcr070122.html

“The oversight function appears to be transferred to city management and turns the citizen commissioners into nothing more than PR pawns and public educators for City Hall.” — Consensus of experts.

Between May 2021 and Februtary 2022 an independent evaluation of the Citizen Police Complaint Commission (CPCC) was conducted by Polis Solutions & Change-Integration Consulting (POLIS) as part of the Racial Equity and Reconciliation initiative approved by the City Council.

NEW POLL: Should LA County District Attorney George Gascon be recalled? Go to www.beachcomber.news and vote at the bottom of page one and email comments to [email protected].

All rights reserved. Contents may not be reproduced or transmitted – by any means – without publisher's written permission.

Here is your link to the June 17 digital edition of the Beachcomber: https://www.flipsnack.com/CD8D65DD75E/bcr061722.html

Here is your link to the June 3 digital edition of the Beachcomber: https://www.flipsnack.com/CD8D65DD75E/bcr060322.html

In his most recent column in this newspaper, Publisher Jay Beeler wrote: “The silly season is upon us wherein the Wannabees and the I-Got-Mine Politicians start flinging mud at each other while bragging about who endorsed them. Who cares?

Independent Expenditures Not Being Reported

Schipske says she will also “alert” the Long Beach Lifeguards about the potential for a shark attack now that the mailer has infested local homes.

Attorney Gerrie Schipske has notified the city clerk that independent expenditures are not being reported to candidates as required by City Code Section 2.01.630.

"We can fix this for our next generation."

This is not a pandemic that affects multiple countries and continents, it is a uniquely American epidemic. Since Sandy Hook, a decade ago, there have been over 900 shootings on school grounds in America.

Attorney Gerrie Schipske, who is making anti-corruption the centerpiece of her campaign for Long Beach City Attorney, announced that she is proposing a Charter Amendment that would require the City Council to obtain the approval of the electorate for any sale or transfer of city-owned property, i

Be the first to know and let us send you an email when Beachcomber Newspaper Long Beach, California posts news and promotions. Your email address will not be used for any other purpose, and you can unsubscribe at any time.

Visiting Charleston, SC, last week we crossed and viewed the Arthur Ravenel Jr. (aka Cooper) Bridge between Charleston and Mt. Pleasant. Cable-stayed, it is similar to the one being built by the Port of Long Beach to replace the Gerald Desmond Bridge. It is 13,200 feet long with twin towers 575' high.

So proud to see Beachcomber Editor Jeffrey Beeler getting his Masters Degree in Coaching & Athletic Administration from Concordia University in Irvine on Saturday, May 7.

Lowenthal Is Not Bipartisan

The Beachcomber has recently uncovered a video in which 47th Congressional Candidate Alan Lowenthal repeated attacks republicans and his opponent, Gary DeLong. It was recorded on August 4 in Bixby Park and – within 90 seconds – blames republicans for “stymied the real jobs programs …tax credits only for the wealthy … wanting to undo health care … and wanting to take away people’s rights.” It is in stark, direct contrast to Lowenthal’s claims of being “bipartisan” and willing to work with both parties, as claimed in the Beachcomber’s edited Oct. 5 version of both candidate’s appearance last month on the televised program “Straight Talk” with host Art Levine. Current polls indicate that voters are fed up with the gridlock in Congress and want to support candidates “willing to work with the other side.” The video ends with Lowenthal stating “I have a record. Hold me accountable for my record.” Last year Lowenthal had a voting record in the California Senate of voting against 10 pieces of legislation favored by the California Chamber of Commerce and for two items. He authored SB568 banning polystyrene containers, labeled a “job killer,” which failed passage. The U.S. Chamber of Commerce has endorsed Gary DeLong as part of the organization’s effort aimed at highlighting candidate’s positions on issues critical to the American recovery. “Gary led Long Beach’s efforts to help balance the budget, reduce spending and create conditions that will encourage small businesses to grow, said Dick Castner, executive director of the U.S. Chamber.

Our Committee has been charged with finding "out of the box" solutions to curb the July 4th. Illegal Fireworks issues in the 3rd. District and greater Long Beach.

how to prepare to keep your pet safe during the 4th.of July. At the latest accounting last week we have 140 distribution partners posting and promoting the animations in Long Beach.

Here are a few but not all of the things we have accomplished:

1. The PSA's are being should to the Long Beach Unified students electronically

2. The Long Beach Library system has the PSA's as well for their youth learning sections

3. We are reaching out to the City Council offices and offering our assistance to ensure the messaging is going out in their districts.

4. The messaging is going out additionally via facebook, instragram and nextdoor social media.

5. The static poster will be displayed at the Long Beach Catalina Express terminal as well.

6. Bumper stickers are being distributed on a limited basis we only have 5000

8. Long Beach Parks & Rec will be viewing the PSA's

9. Long Beach Veteran affairs are distributing the PSA's to their social nextwork

10. We have distributed the PSA's to our 140 distributional partners

The PSA links are included below for your review and distribution;

The PSA My Human is the newest Safety Squad PSA's created by the Long Beach VA, CSULB and our Committee:

Attached is static art that can be used in promoting our message.

I appreciate the opportunity to share with you "The Safety Squad" animations and thank you for assisting us in communicating this message!

3rd District Fireworks Advisory Committee
3rd district Fireworks Advisory Committee
On April 16, there will be a presentation about the Long Beach shelter at City Council. Please come and be a voice for compassion in Long Beach! https://www.facebook.com/events/373941839870816/
The city of Long Beach must implement No Kill programs at our animal shelter in order to save the lives of the healthy and treatable ones left behind. Just an adoption program would be a great help. Currently, our shelter is not even near No Kill status. Texas' Hays County seems to know how and why to do this...

A group of animal advocates has submitted a Citizen Complaint to the Los Angeles County Civil Grand Jury in connection with Long Beach Mayor Robert Garcia's alleged hiding of comments by the public on his Long Beach Mayor and Public Figure pages just prior to last April's election in Long Beach.

The Complaint asks the Grand Jury to investigate whether Long Beach Mayor Robert Garcia attempted to place unconstitutional restrictions on members of the public as to their First Amendment rights to free speech and to petition their government for a redress of grievances.

Mayor Garcia appears to have hidden 56 social media comments by 25 people who expressed opinions that differ from his Administration’s positions on issues affecting municipal services; specifically, the need to reform the Long Beach Animal Care Services animal shelter. If that is the case, we believe the Mayor is engaging in viewpoint discrimination in violation of both the First Amendment and federal law, 42 U.S. Code Sec. 1983.

We believe this falls under the jurisdiction of the Los Angeles County Civil Grand Jury, which, according to the Grand Jury Citizen Complaint Form, includes “[c]onsideration of evidence of misconduct against public officials within Los Angeles County.”

A copy of the Complaint letter is attached to this e-mail.

Questions about this complaint may be directed to Kristie Mamelli at [email protected].
x

Other Broadcasting & media production in Long Beach (show all)