Chisel Pixel is a boutique production company specializing in distinct music videos and film projects. Our purpose is to create strong visual storytelling that fits hand in glove with the artist and their music, enhancing the message and taking the song to a whole new level.

We’ve worked with a wide array of creative people, from independent up-and-comers to major label artists, indie bands to MCs to pop singers. Some clients we've worked with:

This. Happens. All. The. Time.

We once pitched on a F.O.B. video, and after they didn’t go with our director’s treatment, quite a few of his ideas did wind up in the other directors’ finished product. 🫤

“You got to try to be more creative about the way you steal,” Tree tells Rolling Stone

Chisel Pixel Productions updated their info in the about section.

Chisel Pixel Productions updated their info in the about section. 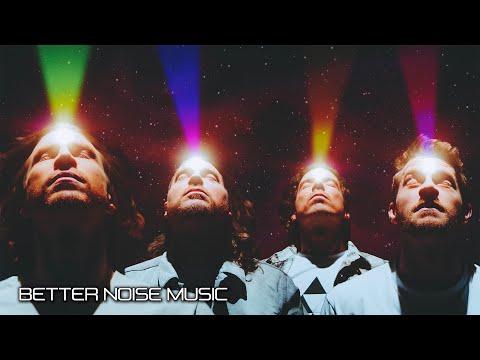 Watch the new video for NOTHING MORE "Tired of Winning", produced by Chisel Pixel.

Subscribe for more official content from Better Noise Music: https://bit.ly/BNMsubOfficial music video for 'TIRED OF WINNING' by Nothing More.Stream/Download...

Here's a great article about director Ed Shiers, who we are lucky to have on the Chisel Pixel roster.

Today we’d like to introduce you to Ed Shiers. Hi Ed, we’d love for you to start by introducing yourself. After graduating with a degree in TV Production from the University of Manchester (UK) I threw caution to the wind and moved to The US with my band and decided to make a go of […]

We went to Austin and shot some videos for NOTHING MORE . “Turn It Up Like” is out TODAY!

All my friends are dead…

Are they in the darkroom, processing film? No, they’re in a bathroom watching a man submerged in a trash can full of cold water and surrounded by mirrors. We like to keep it weird over here at Chisel Pixel.
.
.
.

(photo by @jessipagel) So delighted to have won the production battle against #sxsw and pulled off a couple music videos for Nothing More in Austin. A big thank you to the incredible crew who all helped make it happen.

Much respect and appreciation to Spiderwood Studios for being such a pleasure to work with and for helping us battle SXSW’s absorption of all local resources for an upcoming video shoot!

We’ve had the same rough couple of years that many of you’ve had. But no longer. This is going to be a great year for music video and film projects.

Very excited to have this piece get some attention. 🔪

Congratulations to (our director) Ed Shiers for winning Best Editing at Indie Short Fest for his work on “Pseudonym”.

Matthew doesn’t tell Isaac what to do, but he does ask a lot of questions.

Our feature film Party with Me, directed by Robyn August, is now being distributed through Gravitas Ventures and is available for discounted pre-order through iTunes NOW.

So delighted that our feature film Party With Me (which was set to premiere at Method Fest earlier this year before COVID) will now be premiering August 22, IN YOUR CAR! The Festival will be holding a rooftop drive-in experience at Westfield Fashion Square in Sherman Oaks. It will take place over two consecutive weekends, but our film is at 7:30 pm on the 22nd.

Two films will be simultaneously played on separate screens on the west and east parking areas atop the Fashion Square. Sound will be delivered through car radios.

The Fashion Square’s outdoor food court will be open every night until 7 p.m. for the audiences in attendance. Additional on-site food options will also be announced.

For more information on the Method Fest Independent Film Festival and to purchase tickets, visit: www.filmfreeway.com/TheMethodFestIndependentFilmFestival/tickets We couldn’t find the set we wanted, so we built it.

This was our first shoot in the COVID era, and we followed protocol. So grateful to be able to work on new music videos.

TICKETS ON SALE NOW! Our first feature film "Party With Me" (Robyn August - Director) will be premiered March 21st at 8pm at The Method Fest Independent Film Festival in Beverly Hills, at The Fine Arts Theater.

We are very excited to share this film with you.

TICKETS HERE (look for Party With Me) --->
https://filmfreeway.com/TheMethodFestIndependentFilmFestival/tickets

So incredibly excited about the release of The Black Moods “Whatcha Got” video directed by Robyn August, featuring a cast of terrible men.

Can’t wait for this.

We've updated our site with a bunch of the amazing new videos we've produced, and also added a "film projects" page, as we're going to be doing even more of those this year and next.

Watch some of the above-mentioned amazing new videos
----> http://www.chiselpixel.com/music-videos.html

Here is the new video we made for New Years Day, "Come For Me".

Robyn August - Director introduces us to the Hex Syndicate, a dark mob of ne'er-do-wells who are hunting for a vigilante who has been making their job HELL. Well, they found her...

Excited to have worked (again!) with Leah Capelle on two new videos, directed by Robyn August.

The first will be Know Me Better, and the single just debuted on NYLON. Good things happening all around.

Listen to "Know Me Better" and let it all out

Party With Me (Official Trailer)

Check out the trailer from our first feature, directed by Robyn August.

I the Mighty: Behind the Song / Chaos in Motion

So glad these are all out. This is such a great live series, and I hope we get to do these with some other artists as well because they came out amazing.

I the Mighty visited the YouTube Space in LA to film a special acoustic session. "Chaos in Motion (Unplugged in LA)" is available now at http://ithemighty.ln...

Delighted to provide production support to Little Ugly on the new K.Flay music video for "Sister", directed by Clara Aranovich.

I the Mighty: Behind the Song / Pet Names

I The Mighty are great plugged in AND plugged out. 😛

I the Mighty visited the YouTube Space in LA to film a special acoustic session. "Pet Names (Unplugged in LA)" is available now at http://ithemighty.lnk.to/P...

Here at Chisel Pixel Productions we push our bands to the limit. The only way you’re going to get a stellar music video is if you give it everything you’ve got, until there is nothing left.

Shot a live-performance video and Q&A for one of our favorite bands to work with at YouTube Space LA. This facility is amazing, and such an asset to creators.

Updated site with ALL our recent goodness. We'd like to make your video. Just ask.

New reel for Robyn August - Director. Get with this.

Hi, my name is Robyn August. I'm a writer, director, editor & visual FX/Animation artist. This is a preview of all the music video work I have done leading…

Be the first to know and let us send you an email when Chisel Pixel Productions posts news and promotions. Your email address will not be used for any other purpose, and you can unsubscribe at any time.

Shot a live-performance video and Q&A for one of our favorite bands to work with at YouTube Space LA. This facility is amazing, and such an asset to creators.

Chisel Pixel is a boutique production company with a focus on music videos and other creative content. Based in Los Angeles and operating internationally, we’ve created memorable works for a range of artists, including Sia, Bush, Enrique Iglesias, Elle King, Pitbull, Jenny Lewis, Stone Temple Pilots and Echosmith, as well as many up-and-coming indie artists. We’re keenly aware of media and pop culture, but always work from an independent point of view to create something distinct.