We are so honored to have been a part of your success! Thank you @darrenhayes for choosing @foncostudios to help create your vision for “Let’s Try Being in Love.”

Repost• @the_tv_studio So exciting!!! Today is the release of episodes 1, 2 and 3 of The Cosmic Game! A 9 episode Radio Drama i @toddericvalcourt have been priviledged to, record, edit, design, mix and master right here at @the_tv_studio @foncostudios Directed by @mattdorado_
And @lumbermak Follow the links below to listen!! It's amazing!!!!
Here are some direct links:

Google: https://podcasts.google.com/feed/aHR0cHM6Ly9hbmNob3IuZm0vcy84MTg5OGY2MC9wb2RjYXN0L3Jzcw (still uploading this AM)

Stitcher: https://www.stitcher.com/show/the-cosmic-game (still uploading this AM)

@foncostudios prides ourselves in our work in stop motion, miniatures, and set building. This Brisk commercial featuring @ozzyosbourne combined our great loves and included our favorite diorama with the stacked apartment buildings he dives off of. Check out our commercial “How to be Normal in 35 seconds” for BRISK. Enjoy!
https://youtu.be/ZViEmNeBVEw
#foncostudios #foncocreativeservices

Here at @foncostudios, we love building sets and fabricating props, and are available for all your production needs. This is one of our favorites that we created as a prank version of a green screen set for a KFC commercial.
#setbuilds #fabrication #production #foncostudios #foncocreativeservices

Repost • @fonhdavis Just remembering, all of us at @foncostudios had a blast helping @duffgoldman make #spfx #cake on @foodnetwork’s #CakeMaster. We hope to work with Duff again one day. #fypシ

Check out this technology! Repost @noitom_la_studio We are losing our heads at the @arwallco plugin that ArWall's all the things!

Here’s a few #bts pics of the making of the CAT campaign, the “Usual Suspects” with @oddmachine.
Repost @oddmachine
Here's some #behindthescenes look at the creation of the CAT "Usual Suspects" campaign directed by @sethhenrikson . It was a thrill to collaborate with the legendary @foncostudios, puppeteer @jonathankidder and DPs @damianhoran and @gregorywhinchman you are the specialty parts. Big THANKS to the incredible Chicago and LA crews for their hustle, you are the oil. Thanks to our agency and client partners for their creativity and support, you are the fuel. We are all just an odd machine. #productioncompany #virtualenvironment #puppetry #cgianimation #postproduction #colorcorrection #audio #vfx

One of our favorite projects: miniature stop motion of @ozzyosbourne in “How to be Normal in 8 seconds” for BRISK. Enjoy!
https://youtu.be/ZViEmNeBVEw
#foncostudios #foncocreativeservices

We are so pleased to announce this project with the talented harpist @madisoncalley, photographed by @jamesmccloud that @foncostudios fabricated sets for, including art department, foliage, and the water feature. The giant clam shell was painted by our art director @kat.l.roberts

Thank you for having be part of this journey!!!

Repost• @darrenhayes Movie Magic. Behind the scenes picture by our amazing director Andrew Putschoegl of one of the beautiful sets built by @foncostudios from #letstrybeinginlove - Next slide is the finished product.

Epic collaborations with @unrealengine Planar, A Leyard Company] Orbital Virtual Studios] are transforming the virtual production world!!
Repost• Orbital Virtual Studios] Our extraordinary partner, Planar, A Leyard Company], launched their Virtual Production Initiative last year and A.J. Wedding, director and our Co-Founder, is quoted in their press. He says of VP and working with Planar, “LED display technology is taking the production industry by storm, enabling new techniques and processes that are transforming the way video producers create incredibly realistic action and transport audiences to new worlds. Having seen and experienced Planar's state-of-the-art LED display technology firsthand, and worked closely with their team on many shoots, I have no doubt that the company delivers the superior visual performance, support and versatility today's movie directors and producers need to create VP projects like we've never seen before." Link in our bio for the full launch video on YouTube! And press links on our Twitter, Facebook, and LinkedIn. With how fast it’s moving, you can never be following VP close enough, so please give us a follow wherever you are.

We are so pleased to collaborate with @stratasys and utilize their advanced 3D printing technology! Check them out on America by Design!!
Repost @stratasys
Catch us on @bydesigntv season 2 premiering this Saturday on @cbstv! We're thrilled to be joining America By Design showcasing 3D printing innovations with new episodes every week! Link in bio for more details.
.
.
#3d #3dprint #3dprinting #3dprinter #3ddesign #design #designer #bydesigntv #americabydesign #PolyJet #MakeItWithStratasys

Video: a scene from the Bonus chapter of our "How To Make A Sci-Fi Helmet Part 3" course with @fonhdavis (@foncostudios).

👆 LINK IN OUR BIO! ☝ Check out this course and MANY MORE on our website and try our school FREE for 7 days!

About the course: In PART 3 of his 3-part "How to Make a Sci-Fi Helmet" course series, master artist & model maker, Fon Davis (STAR WARS 1-6, GUARDIANS OF THE GALAXY, INTERSTELLAR) takes you through the crucial final stages of your custom prop project, including tips on construction, adding mechanical detail with greebling, painting & finishing.

@foncostudios is now hiring runners and PAs! Send your resume to [email protected]

Here are the puppets @foncostudios helped create for @oddmachine’s the CAT "Usual Suspects" campaign directed by @sethhenrikson . #Puppeteered by @jonathankidder with DPs @damianhoran and @gregorywhinchman with amazing Chicago and LA crews.

Repost @oddmachine
Here's a quick montage of all four characters from the recent CAT campaign: Sand, Gravel, Mud, and Rock. This campaign brought to life the most damaging elements on the job site using a combination of live puppetry, VFX enhancements, and virtual environments. Check back for a behind-the-scenes look at the full process of creating this series. #productioncompany #virtualenvironment #puppetry #cgianimation #postproduction #colorcorrection #audio #vfx

Go behind the scenes with @fonhdavis on the “Usual Suspects” with @oddmachine!Repost @oddmachine
Here's the complete #behindthescenes look at the creation of the CAT "Usual Suspects" campaign directed by @sethhenrikson . It was a thrill to collaborate with the legendary @foncostudios, puppeteer @jonathankidder and DPs @damianhoran and @gregorywhinchman you are the specialty parts. Big THANKS to the incredible Chicago and LA crews for their hustle, you are the oil. Thanks to our agency and client partners for their creativity and support, you are the fuel. We are all just an odd machine. #productioncompany #virtualenvironment #puppetry #cgianimation #postproduction #colorcorrection #audio #vfx

This is going to change the medical world! We are so proud to have contributed to this marvel! We created the 3d models of the body shells and armor at Fonco for 3d printing.
Repost @beyondimaginationinc Tele-medicine, although useful, can't be utilized when a patient needs a physical examination. Beyond Whole Health takes tele-medicine to the next level. With #Beomni and a single examination space, a limitless number of doctors and specialists can be provided.

As requested!! YES, we made miniatures of @asapferg and included images on his shirt and shoes!!
Repost • @foncostudios We had the pleasure of working with @ASAPFERG and recreated some beautiful memories of his life in miniatures. ⁠⠀
⁠⠀
#foncocreativeservices #foncostudios #miniatures #practicaleffects #props #incamera #artdirection #visualartist

We are so proud to be part of the BeOmni project. We created the 3d models of the body shells and armor at Fonco for 3d printing.
Repost @beyondimaginationinc
Did you know that #Beomni can dramatically enhance the safety of space-based operations? Astronauts won't need to suit up and risk their lives to perform tedious maintenance when Beomni could easily be controlled by an astronaut from a safe area.
Learn more about Beomni Robot at www.beomni.ai

We had the pleasure of working with @darrenhayes on the latest video. Sets, dressing, and shot in house @foncostudios!
Repost @darrenhayes Let’s try being in love, today.
Link in bio.
#LetsTryBeingInLove

We had the pleasure of working with @darrenhayes on the latest video that goes live at noon today! Sets, dressing, and shot in house @foncostudios!
Repost @darrenhayes Let’s try being in love, today.
Link in bio.
#LetsTryBeingInLove

We had the pleasure of working with @asapferg to recreate parts of his life in miniature, shot by @joelrbenner Here’s a bunch of #bts photos from the @asapferg/ @spotify miniature shoot. You can watch “House of Ferg” on Spotify now. #miniatures #fonco #foncocreativeservices #foncostudios

We are screening at the 2022 @santafefilmfestival between February 3 and 13! Keep your eyes on our page for details in the weeks to come!

Be the first to know and let us send you an email when Fonco Studios posts news and promotions. Your email address will not be used for any other purpose, and you can unsubscribe at any time.

Send a message to Fonco Studios: 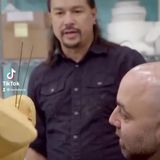 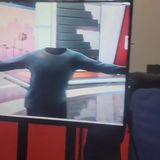 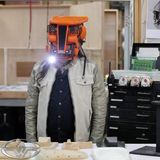 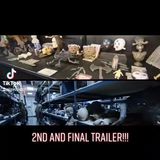 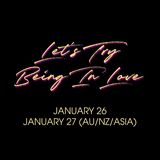 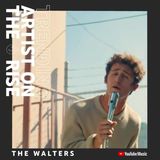 Fonco Studios and Creative Services is a full service production studio located between Glendale and DTLA. The studio offers two sound stages, a green screen cove and motion capture studio, a full fabrication shop, a wardrobe and costuming house, and full services including previsualization, concept design, directing, model making and set dressing, and more. All that is missing is you. Facilities Include

Here's the complete behind-the-scenes look at the creation of the CAT "Usual Suspects" campaign directed by Seth Henrikson . It was a thrill to collaborate with the legendary Fonco Studios, puppeteer Jonathan Kidder and DPs Damian Horan and Gregory Wayne Hinchman , you are the specialty parts. Big THANKS to the incredible Chicago and LA crews for their hustle, you are the oil. Thanks to our agency and client partners for their creativity and support, you are the fuel. We are all just an odd machine.
While I was visiting Fonco Studios, Fon H Davis showed me the personal hovercraft #GrantImahara built for White Rabbit Project. It's AMAZING engineering ... as well as terrifying. Watch:
Yet another nerdy yule log, this time from our friends over at Fonco Studios and Marvel Studios!
We’re about $2,400 away from hitting our $8000 goal. We wanted to share a little more about how these funds will be used. Mainly the amazing standing sets at Fonco Studios paying the crew and @christycarewmusic is also bringing in an orchestra to bring what will no doubt be an amazing score to close out this trilogy. We’ve learned so much from our years of making films and now with some really talented people helping us we know we’ll be making something really special. With your help we can totally bring this film to life and share it with the world! https://www.kickstarter.com/projects/lotm/legacy-of-the-mandalorian #starwars #trialsofthemandalorian #shadowofthemandalorian #legacyofthemandalorian #jetstreakink #davefiloni #georgelucas #lucasfilm #themandalorian #theclonewars #darthvader #indiefilm #indiefilmmaker #starwarsfanfilm #mandalorian #kickstarter #crowdfunding
Adam Savage and Fon Davis of Fonco Studios discuss Grant's R2D2 replica, today on Tested.
Grant Imahara's R2 replica is a thing of beauty. Fon Davis of Fonco Studios and I marvel at its construction and functionality, and reminisce about the R2D2 builders club 10 of us started while at ILM 20 YEARS ago.
I had the pleasure of reminiscing about BattleBots, and specifically Grant Imahara's infamous bot Deadblow, with my friend and colleague Fon Davis of Fonco Studios. Definite Grantness in this precise and beautiful build.
Such an emotional support robot. This is Grant Imahara’s; Tested filmed at his shop in Fonco Studios today.
Adam sat down with Fon Davis (Fonco Studios) to talk about a very special film they worked on together right before MythBusters was created.
Today on Tested my friend and colleague Fon H Davis of Fonco Studios and I discuss the LAST movie I worked on for ILM before filming MythBusters! Watch: https://youtu.be/VZyIWF1VftI
Physical model printed by Caleb Yarrington, painted at Fonco Studios. There's a lot more people involved.
Learn how Fonco Studios streamlines workflow with the Stratasys J55 3D printer. Stratasys #3dprintingworld #3dprintingindustry #3dprinting #additivemanufacturing #innovation #designengineering #reverseengineering #motionfilms #j55 #j55anywhere #designerlife #designers