In 2018, co-founders Miranda Bailey and Rebecca Odes decided enough was enough with very little to no representation of the female and non-binary critical voice.

So they started CherryPicks... and you can read more HERE: https://bit.ly/33ra8J0

We asked #StarTrek: #StrangeNewWorlds star Christina Chong to pick her top five films that resonate with her and that she thinks people should watch to wrap up #AAPIHeritageMonth. ⁠
⁠
🍒 Read more about her recs: https://bit.ly/38VNBuG

Did you see any of our #CherryPicksChoices over the long weekend? 🍒🎞 We're still thinking about #Emergency on Prime Video and the way it approached race, policing, and doing the right thing through a lens of both humor and biting social commentary.

Lionsgate just announced that Rachel Zegler is set to star as Lucy Gray Baird in The Hunger Games prequel, The Ballad of Songbirds and Snakes! 🕊 It's coming to theaters in November 2023, and we're already anxiously waiting 🍒

"When people ask me what time period I wish I lived in, my answer is typically something like, 'The one I was born in, because I like my rights.'" - Sara Li

New shows like HBO Max's Our Flag Means Death and Netflix's Bridgerton are revising that perspective, though. They give marginalized groups representation that isn't all about their suffering by asking the question, "What would it have been like if [they] had been accepted for who they were instead?"

🏴‍☠️ Read the latest Still Not Over It from Sara Li: https://bit.ly/3t12vGH

Very few films that will make your jaw drop with their twists and surprises, and this is one of them.

Welcome back to #SettlingTheScore. This week’s film is Paul Thomas Anderson’s 2017 historical drama #PhantomThread, which has an 84% #CherryScore, 91% on Rotten Tomatoes, and 90 on Metacritic.

Phantom Thread centers on haute-couture fashion designer Reynolds Woodcock (Daniel Day-Lewis). He is obsessive and controlling, living a life of strict routines and tortured by the memory of his mother, until he falls for waitress Alma (Vicky Krieps). While it initially seems Alma is just his muse, she has her own manipulations in play. The film was critically acclaimed, nominated for six Acadamy Awards and the performances of leads Day-Lewis, Krieps, and Lesley Manville (as Cyril Woodcock, Reynolds’s sister).

The most interesting critical conversations about Phantom Thread happen surrounding its depictions of abuse, agency, and consent. Without spoiling the film for those who have yet to watch, Alma and Reynolds relationship seems initially like a classic case of emotional abuse, with him ruthlessly controlling everything from how she eats to the strict routines they share. However, by the films conclusion the scales have tipped in favor of Alma, as the two realize a dynamic of his total weakness and willing submission to her gives them both what they want.

This dynamic was controversial among critics. Particularly at the height of 2017’s #MeToo revelations, questions of power dynamics in sexual relationships were at the forefront of everyone’s mind. Some critics questioned whether Phantom Thread’s central couple romanticized a (quite literally) toxic dynamic. However, in her review for BUST Magazine, Zoey Peresman broke down why this isn’t the case, both from her perspective as well as friends of hers who spoke about their feelings about the film as abuse survivors. Peresman (swipe to read) wrote, “the film’s fascination with the power dynamics it depicts is not the same as romanticization.”

Dana Stevens agreed in her review for Slate.com (swipe to read), offering that Anderson’s film can be seen as a parable about “fate and free will.” The film is actually about the question of agency and choice, so rather than romanticizing an unhealthy relationship, it examines why someone would remain in that dynamic or be drawn to it in the first place.

For better or worse, Phantom Thread is a bizarre, beautiful drama that necessitates an open-minded watch. Have you seen it? Tell us your thoughts in the comments.

Audiences and critics are still abuzz over the top movies from this year's Festival de Cannes. Here are some of the most talked-about picks (and what our critics have to say!).

Here are this week's #JustPicked #TVChoices: the new and notable series (and a new season of one of our favorites!) you need to check out!

Camilla Luddington talked to #CherryPicks about her role in ABC's Grey's Anatomy, why the series has stood the test of time, and the show's commitment to elevating female talent both in front of and behind the camera.

Here are this week's #CherryPicksChoices #FilmChoices: our top picks for the new release films we can't wait to watch this weekend. 🎬

🍒 CherryPicks highlights reviews from female & non-binary critics. See what scores your favorite movies got at thecherrypicks.com.

We're so excited about these new images from Mr. Malcolm's List! The new period drama film is based on Suzanne Allain's novel of the same name, and stars some of our faves, including Freida Pinto, @Ṣọpẹ́ Dìrísú, Zawe, Ashley Park, Oliver Jackson-Cohen, and Theo James.

🎩 Check out the trailer: https://youtu.be/Q8hRCVAZFTs

Happy #NationalWineDay. 🍷🥂 Pour a glass for us.

🔔 Make sure you're following us so you get notified when we go live!

Feel like you can never get enough true crime content? Same. We've gathered some of our fave cringe-worthy docs and docuseries with crazy-but-true stories about compelling crooks and slimy scam artists to get your fix!

Did you see any of our #CherryPicksChoices this weekend? 🍿 Lots of us checked out the Downton Abbey movie, and it gave us the idealistic fantasy of the past that we loved from the original series. But at what point does that narrative start to feel like it's reinforcing an overly cheery, whitewashed (literally and figuratively) version of the past? 🤔

Today's #ClassicFilmChoices are all about music. 🎶 Let them inspire you to pick up an instrument and express yourself through song. 🎸

Welcome to another edition of #SettlingTheScore, where we take a look at the female and non-binary critical perspective on classic and new release films. 🍒 This week’s movie is Everything Everywhere All At Once, which came out this spring and quickly became *the* most talked-about film on the Internet.

The film was widely critically acclaimed, receiving an 85% #CherryScore, 91% on Rotten Tomatoes, and 81 on Metacritic, with many critics across the board calling it the best film of 2022 so far. The film was applauded for its style, the way its absurd moments actually really work, and its performances, particularly that of Michelle Yeoh.

Additionally, many Asian-American critics and audience members called out the film as being particularly relevant to the Asian-American immigrant experience and the experience of being a child of immigrants, two experiences that are rarely discussed enough in popular film and television.

And our #CherryPickers agree. Writing for news.com.au, Weilei Ma (swipe to read) called it a “marvellous, vivid and potent film.” Laura Sirikul echoed that sentiment for Nerdist (swipe to read), saying the film is “reflective of how life really is: chaotic, complex, and cannot be fully explained, but felt. ... It [is] the most stunning and brilliant film so far this year."

Have you seen Everything Everywhere All At Once? What are your thoughts? Tell us in the comments!

Welcome back to #CherryOnTop, where we tell you the top 5 biggest moments of the week in pop culture and entertainment to put a cherry on top of your workweek. 🍒 This week is a special edition, in celebration of the first week of the 75th annual Festival de Cannes!

🎬 STARS HIT THE RED CARPET FOR THE TOP GUN: MAVERICK PREMIERE | Top Gun: Maverick had a big night at Cannes on Wednesday, as the stars of the film (including Tom Cruise, Jennifer Connelly, Glen Powell, Jon Hamm, Miles Teller, Val Kilmer, and Monica Barbaro) walked the red carpet for the premiere of the sequel to the 1986 classic. Fighter jets flew overhead in their honor, and the film received raves from the audience, including a five-minute standing ovation. Tom Cruise also received a surprise Palme d’Or, saying, “I make all these movies for all of you and I’m very blessed to do what I do. Enjoy this evening. You all have made my life.”

🎬 FOREST WHITAKER RECEIVES THE HONORARY PALME D'OR | Legendary actor Forest Whitaker was the recipient of one of the Cannes Film Festival’s biggest honors at its opening ceremony on Tuesday. The Academy Award winner received the honorary Palme d’Or from French journalist Pierre Lescure on stage. Whitaker first arrived in Cannes 34 years ago with the premiere of Clint Eastwood’s Charlie Parker biopic Bird. He said in a press conference on Tuesday that Cannes “changed the trajectory” of his career. Congratulations to him!

🎬 MICHEL HAZANAVICIUS'S FINAL CUT OPENS THE FESTIVAL | The 75th edition of the Cannes Film Festival opened with the premiere of Michel Hazanavicius’s zombie film Final Cut. A remake of a beloved Japanese horror film, the movie follows the cast and crew of a low-budget film as they are forced to fight off hordes of the living dead. Hazanavicius is best known for his film The Artist, which premiered at Cannes in 2011 and went on to win the Academy Award for Best Picture.

🎬 RUSSIAN DIRECTOR KIRILL SEREBRENNIKOV CALLS FOR LIFT ON SANCTIONS FOR OLIGARCH AND FILM FINANCIER ROMAN ABRAMOVICH | On Thursday, Kirill Serebrennikov, the director of Cannes title Tchaikovsky’s Wife and the only Russian director with a film in this year’s official festival, called for world governments to lift sanctions on Roman Abramovich, a Russian oligarch and film financier who has been reported to be helping the Ukraine war effort. Abramovich helped to finance Tchaikovsky’s Wife, as well as Serebrennikov’s prior film Petrov’s Flu and other Russian art-house films. Serebrennikov defended Abramovich’s work in a press conference, saying that the films he funds are not propaganda movies but are “rather the contrary. … Thanks to him, we have art-house cinema.”

We're absolutely dying over these reviews. 🤣 Our #CherryPickers bring wit, perspective, and thoughtful insight, EVEN to films that missed the mark! Criticism itself can be an art.

Today's #TVChoices #BingeWorthyChoices are in celebration of the legendary Tina Fey's birthday (yesterday!). Happy birthday! Here are some shows that she starred in, and some others she created, wrote, and/or executive-produced. 🍒 Have a Tina Fey marathon tonight.

We're continuing our #AAPIHeritageMonth celebration this week with this curated collection of some of our favorite Asian/Pacific American characters on TV. ❤️

It's a great week for new movies! 🎬 Check out this week's #CherryPicksChoices below for all of our new release picks.

In honor of the release of Downton Abbey: A New Era (and while we rewatch Bridgerton again and again), here are 12 period piece dramas we love! From courtship to crowns, these series will whisk you away to a bygone era with style. 👗

We have a very exciting #CherryChat for you today with some of #TheWilds fan faves! 🍒

Be the first to know and let us send you an email when CherryPicks posts news and promotions. Your email address will not be used for any other purpose, and you can unsubscribe at any time.

Send a message to CherryPicks: 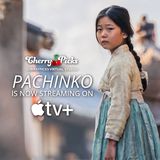 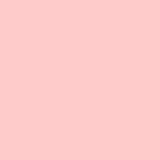 As women, we consume more than half the media in the world. And newsflash: we’ve also got opinions. That’s why we made CherryPicks: the best place to see what women think about movies and more. We create a unique score based on reviews from female and non-binary voices, so whether you’re looking for a night out, or a night on the couch, you know the opinions you trust come from women like you.