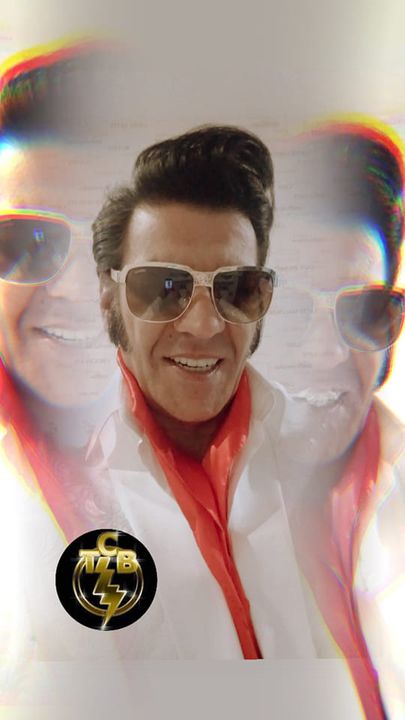 DAVID SIMMONS OFFICIAL ®️
IT IS ALWAYS NICE TO RETURN TO MY HOME COUNTRY GREECE.
THANKS, THE AMERICAN EMBASSY IN ATHENS FOR THE INVITATION. 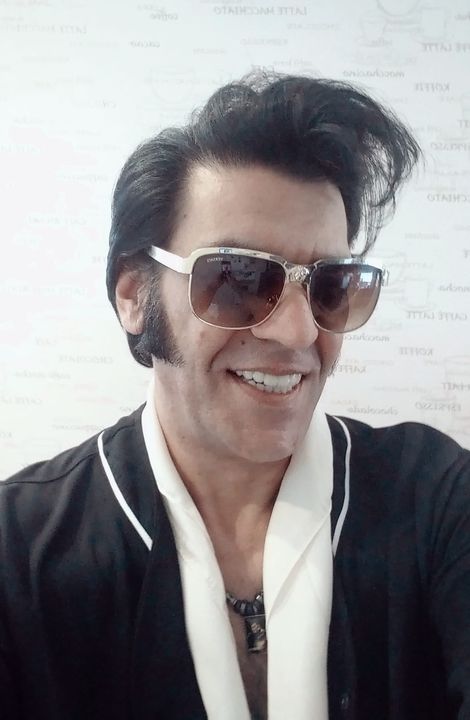 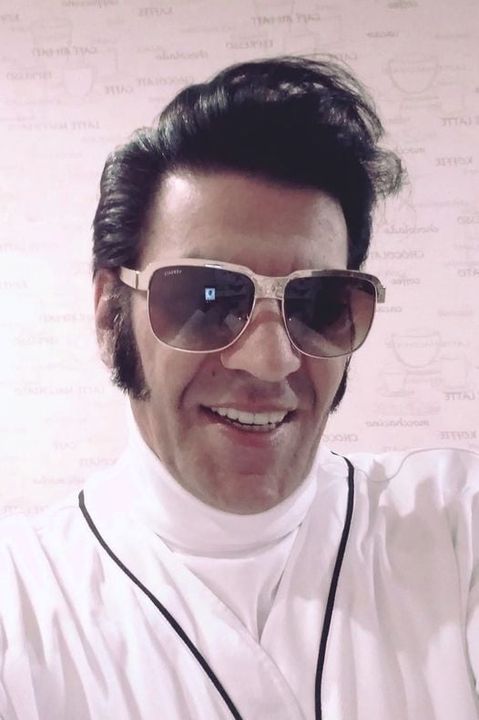 From Rock n Roll Radio Heaven....
To the Organiser of AFN Europe. 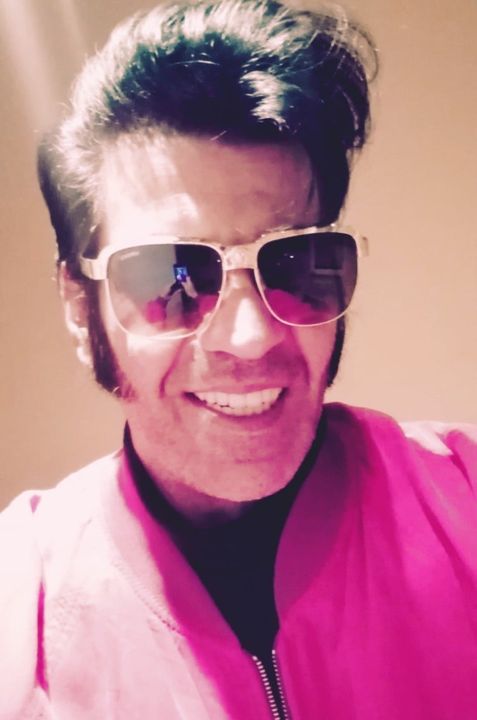 CHRISTMAS TIME
ALL I WANT FOR CHRISTMAS ITS YOU 💖💖💖

EMILIANA DANEZI
PR SECRETARY RRC EUROPE
David Simmons about Elvis Presley
I appreciate every Artist and his Work, but the only who has Influenced my life is E. P
In this sense, Have a wonderful Weekend all of you. 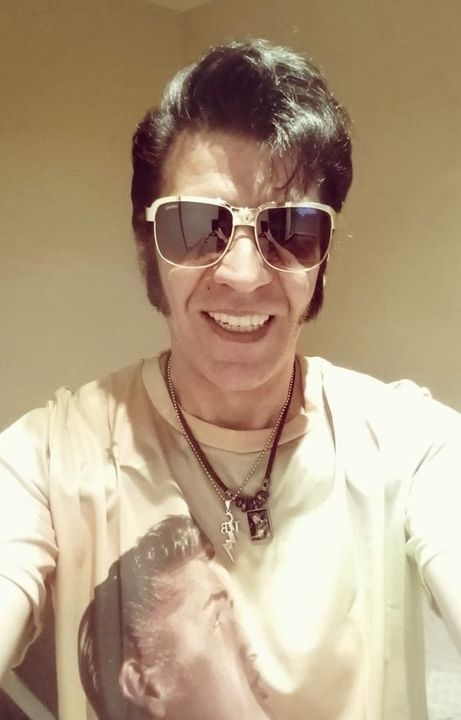 EMILIANA DANEZI - WAGM Radio Europe
David Simmons.... about the King Elvis Presley .
I was much too young when he died ( 1977 ),
to remember him ....
But he is the only Artist and Person in this World who has shaped my Life since then.
💖 Forever in my Heart 💖

EMILIANA DANEZI - WAGM Radio Europe
David Simmons about the King Elvis Presley
I was much too young when he died ( 1977 ),
to remember him ....
But he is the only Artist and Person in this World who has shaped my Life since then.
💖 Forever in my Heart 💖

DAVID SIMMONS - OFFICIAL
At the end of February 2009, on the occasion of the annual Daytona Bike Week, a life-size Elvis statue was unveiled in front of the Harley-Davidson branch in Daytona Beach, Florida, made by artist Jeff Decker and showing Elvis on his Harley-Davidson Model KH, built in 1956. The windshield, with which the original bike was equipped, was omitted for simplicity, but otherwise the details of the machine have been essentially taken into account.
The Harley store is located in the north of the city; if you happen to be in the area, you can check if "Elvis" is still there......
💖 I WILL BUY THE STATUE - COSTS WHAT IT WANTS 💖 .

Musicradio 77 WABC New York - Compilation of Promos from the 1960s.

Thanks to our Radio Partners
We continue ....the Greatest Story of Rock n Roll
Thank you Roots !!!!!!

This is a composite of many of WABC's promos and contests during the '60s. 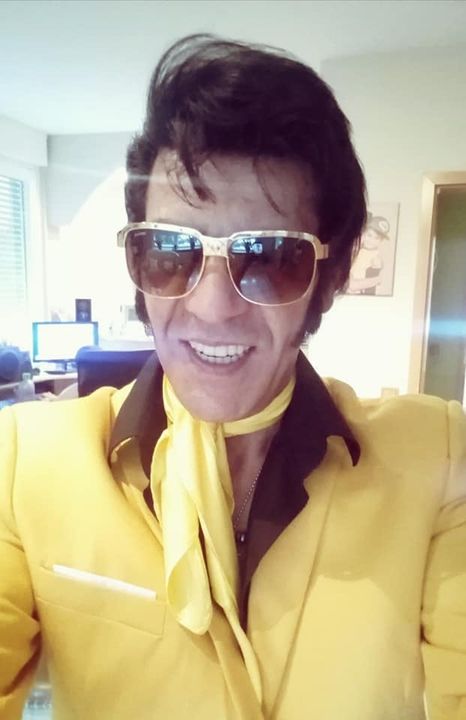 ROCKOLA - BLUE SUEDE RADIO / OFFICIAL
THE LISTENERS CHART TOP 100
David Simmons - Official
For the last time Today from Germany.
I would like to Thank you all for your loyalty the last 26 Years.
With your Love for Rock n Roll you have made Rockola the Best and Biggest Rock n Roll Radio Show in the World.
Thank you from the bottom of my Heart.

RAFAELLA CANAVARRO / RRC - EUROPE
David about the King Elvis Presley
I was much too young when he died ( 1977 ),
to remember him ....
But he is the only Artist and Person in this World who has shaped my Life since then.
💖 Forever in my Heart 💖

FROM HOLLYWOOD WALK OF FAME
THE FLINTSTONES
First Broadcast September 30, 1960 on ABC Network

ROCKOLA - BLUE SUEDE RADIO / OFFICIAL
PRESS ROOM
Hello dear Friends of this Community on Facebook.
A few Days ago we from Rockola Radio Crew Europe wanted to know which is your favorite Elvis Song. In total 3.892.729 Elvis Friends in different Communities have Voted together with you....and after 5 days here are your 10 Favorite Elvis Songs as you have chosen them....Thanks for participating !!!!!

ROCKOLA - BLUE SUEDE RADIO / OFFICIAL
WE ASK YOU : WHICH IS YOUR FAVORITE ELVIS MOVIE
Hello Dear Elvis Friends of this page.
Your Vote on your Favorite Elvis Song is still going on and I hope that we have all your Votes counted until Friday
(( 3.826.119 Votes in total )). 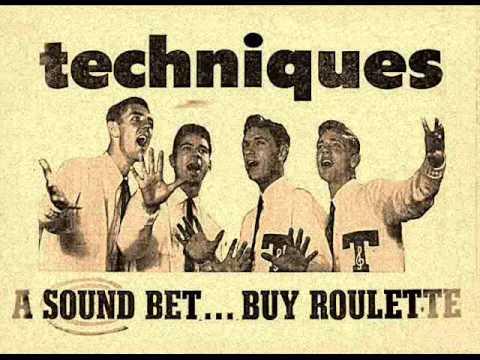 THE DOO WOP SOCIETY
ROCKOLA LISTENERS CHART TOP 100
Within two days to No. 5 on the Rockola Listeners Chart Top 100
THE TECHNIQUES - 1958 (Why Did I Ever) Let Her Go / Marindy (Roulette 4048)
Personnel : Buddy Harold (Lead) / Jim Tinney (First Tenor) /Jim Moore (Bass) / Jin Falin (Baritone)
Four Phil Sigma Kappa Fraternity brothers with time on their hands started singing "Love Is A Many Splendored Thing", slightly off keys and just for fun. Students passing by stopped to listen, and the Techniques had their first audition. A listener suggested the boys - Jim Moore, 22, Knoxville; Jim Falin, 21, Corcoran, Calif; Jim Tinney, 22, Greenville, SC., and Buddy Harold, 21, Louisville, Ky. - sing at rush parties. The boys agreed it would be a lark. Sosing they did....
DAVID SIMMONS - Radio Presenter of Rockola / WAGM FM .
https://youtu.be/2ZFjhHraS8Y

ROCKOLA - BLUE SUEDE RADIO / OFFICIAL
The Listeners Chart Top 100
Another Cover Version from Germany ( Original by King Elvis 1962 ).
This Week New Entry Place No. 44
Ted Herold (* September 9, 1942 in Berlin-Schöneberg; real name Harald Walter Bernhard Schubring) is a German singer. The son of a master plasterer, who moved with his family to Bad Homburg vor der Höhe in 1951, was already enthusiastic about music as a teenager. He was particularly taken with American rock 'n' roll songs by Bill Haley, Buddy Holly and, above all, Elvis Presley. Schubring initially convinced his classmates by playing the relevant hits, until a classmate put him in touch with the Polydor record company in 1958. After test recordings, the recording of the first single, containing two German-language cover versions of Elvis Presley hits, followed in the same year at the Polydor studio in Hamburg under music producer and orchestra leader Bert Kaempfert. The sales manager invented the pseudonym Ted Herold to match the rock 'n' roll titles
DAVID SIMMONS - Radio Presenter of Rockola / WAGM FM .
https://youtu.be/sEPTDOSS-EY

ROCKOLA - BLUE SUEDE RADIO / OFFICIAL
The Listeners Chart Top 100
Another Cover Version from Germany ( Original by Shelley Fabares 1962 ).
This Week New Entry Place No.51
Alice and Ellen Kessler (* August 20, 1936 in Nerchau, Saxony, civil name Kaessler) are a pair of twins of German show business. They became known as the Kessler twins and performed as singers, dancers, actresses and entertainers. For a long time they were counted among the most beautiful women in the world.
DAVID SIMMONS - Radio Presenter of Rockola / WAGM FM .

ROCKOLA - BLUE SUEDE RADIO
DAVID SIMMONS - OFFICIAL
PRESS ROOM
I ( DAVID SIMMONS ) and the Rockola Radio Crew Europe would like to thank you from the bottom of our Hearts for participating in our Worldwide Poll.We would like to thank the Administrators and all the Members of this Facebook Community for your Help.We have received a total of over 3.000.000 responses and need a few Days to process and rate them all.We will get back to you very soon with your TOP 10 Favorites......Thank you all !!!!

ROCKOLA - OFFICIAL
We, From the Rockola Radio Crew are looking for your Favourite Song of
KING - ELVIS PRESLEY

ROCKOLA - OFFICIAL
We, from the Rockola Radio Crew are looking for your Favourite Singers & Groups of the 50's & 60's

ROCKOLA LISTENERS CHART TOP 100
Highest New Entry this Week
Place No. 42 / from 1968
The Vogues are an American vocal rock and roll group from Turtle Creek, Pennsylvania, a suburb of Pittsburgh. The original lineup consisted of Bill Burkette (lead baritone), Don Miller (baritone), Hugh Geyer (first tenor), and Chuck Blasko (second tenor).
They are best known for their chart-topping singles "You're the One", "Five O'Clock World", "Magic Town", and "Turn Around, Look at Me". In addition to touring the world, the group appeared on American Bandstand, The Tonight Show, and The Ed Sullivan Show. They were inducted into the Vocal Group Hall of Fame in 2001. 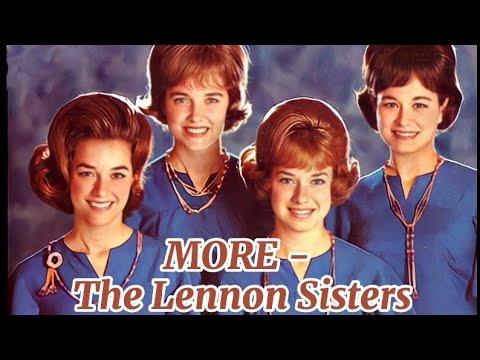 ROCKOLA - BLUE SUEDE RADIO / OFFICIAL
THE LISTENERS CHART TOP 100
Last week New Entry on place 30 ,
and in a few days on Place No.1
Your favorite song for next week....
THE LENNON SISTERS - MORE
More than the greatest love the world has known,
This is the love I give to you alone,
More than the simple words I try to say,
I only live to love you more each day.
More than you'll ever know, my arms long to hold you so,
My life will be in your keeping, waking, sleeping, laughing, weeping,
Longer than always is a long long time, but far beyond forever you're gonna be mine.
I know I've never lived before and my heart is very sure,
No one else could love you more........
DAVID SIMMONS - Radio Presenter of Rockola / WAGM FM .
https://youtu.be/ulp7b0y8Q2k

The Lennon Sisters are an American vocal group initially made up of four sisters from a family that had six sisters in all, as well as five brothers. The ori...

Fairy tales are created from such Images...
Must Love not be Beautiful !!!

ROCKOLA - BLUE SUEDE RADIO / OFFICIAL
World Greatest Rock n Roll Radio Show
PRESENTS
ROCK N ROLL FROM GERMANY - THE JAMES BROTHERS
The James Brothers were a hit duo consisting of singers Peter Kraus and Jörg Maria Berg, successful in the late 1950s to early 1960s.
In 1958, music producer Gerhard Mendelson of the Vienna studio of the Polydor record company had the idea of providing the already successful singer Peter Kraus with a male vocal partner and marketing a duo along the lines of the Everly Brothers. Kraus initially introduced his colleague Udo Jürgens, who had already released numerous records on the sister label Heliodor, as a singing partner.Mendelson's choice, however, fell on the Austrian singer Jörg Maria Berg, who had already made a name for himself as a solo performer as well as a member of various vocal groups such as Die Blauen Jungs and Die Montecarlos.
The first single of the James Brothers, as Mendelson called the duo, was produced in September 1958, and in November of the same year the title Wenn, the German cover version of the U.S. hit When by the Kalin Twins, was listed in the charts. The producer's concept worked and until 1962 they produced a total of 13 singles by the duo. In addition to cover versions by Jody Reynolds, Steve Lawrence or The Jarmels, a large part of their repertoire consisted of songs by the pop composers Werner Scharfenberger and Erwin Halletz, who, along with Johannes Fehring, also conducted the accompanying orchestras.In 1959, the duo was featured in the music film Melodie und Rhythmus (directed by John Olden) with the titles Cowboy Billy and Sensationell. The James Brothers successfully toured and performed with Louis Armstrong, Erni Bieler, Max Greger, Ted Herold, Lolita and Dany Mann, among others. They themselves were there on stage together and individually .............
DAVID SIMMONS - Radio Presenter of Rockola / WAGM FM.

Be the first to know and let us send you an email when Rockola World Fan Club posts news and promotions. Your email address will not be used for any other purpose, and you can unsubscribe at any time.

ROCKOLA - THE HOME OF ELVIS PRESLEY

When the fad for rockabilly passed in USA, John McLean, then Head of Music at WAGM FM Los Angeles, had the bright idea of expanding David's show to include all rock and roll,Doo Wop,Rhythm and Blues and Soul

Thus Rockola was born, with its first airing in September 1994. The winning format remained the same.....til today !!!!!

Other Radio Stations in Los Angeles

https://www.facebook.com/groups/325947036181232/?ref=share
Great memories of listening on BFBS on Thursday evenings at RAF Laarbruch (1986-1987).
I like the older songs better then the ones now a day. U can dance to them better. Wish they would come back.
:)
Beautiful song
Muy buena página para la vieja escuela del rock and roll