Freestyle is a TV, film and branded content development and production company. http://www.freestyle-la.com

Freestyle is a TV, film and branded content development and production company.

We differentiate ourselves in three ways: through our ability to think outside the box when creating content; through our long standing relationships and programs; and our steadfast commitment to our motto of “good times, good work!”

Freestyle works with companies exploring the world of new media for ways to invigorate their brand; and to develop innovative, fully-conceived programs that utilize

We differentiate ourselves in three ways: through our ability to think outside the box when creating content; through our long standing relationships and programs; and our steadfast commitment to our motto of “good times, good work!”

Freestyle works with companies exploring the world of new media for ways to invigorate their brand; and to develop innovative, fully-conceived programs that utilize 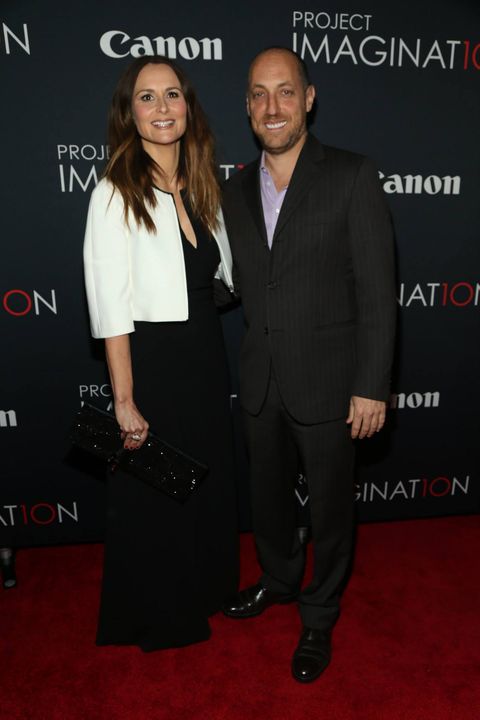 Production is underway on the Team Unicorn Saturday Action Fun Hour! pilot for Adult Swim. Penned by Dan Milano (Greg The Bunny) and inspired by the Team U

Check out some of the pictures from Monday nights 24 Hour Play's New York.

Check out these photos from the Project Imaginat10n Film Festival Premiere at Lincoln Center in New York City. All 10 films together for the first time.

Variety captures it well on this years Project Imaginat10n!

Most marketing campaigns for cameras either focus on the hardware or the random nature shot. With YouTube and other digital platforms creating a new generation of filmmaker, Canon has turned the le...

One of the many articles on last weeks premiere of Canon's Project Imaginat10n.

It was a night beyond imagination. Ron Howard hosted the premiere of Canon's Project Imaginat10n Film Festival on Thursday at Lincoln Center in Manhattan and omg! was there for all the festivities. The evening began with the screening of short … Continue reading →

Canon and Ron Howard present Project Imaginat10n, a film festival inspired by your photos. What will you inspire? 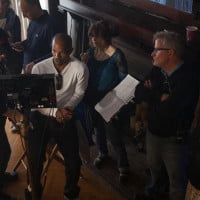 Jamie Foxx does it all: Act, sing, direct. We go on the set of his latest work with Canon's "Project Imaginat10n" to learn where he draws his inspiration. 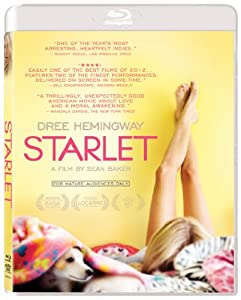 Blu-Ray cover is up on Amazon.com.com, pre-order now!! Ships on May 7th!

STARLET explores the unlikely friendship between 21 year-old aspiring actress Jane (Dree Hemingway) and elderly widow Sadie after their worlds collide in California's San Fernando Valley. Jane spends her time getting high with her dysfunctional roommates and taking care of her hihuahua Starlet, w... 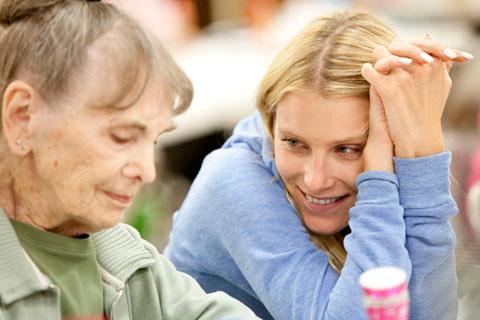 Starlet, Sean Baker’s fourth feature, is his most successful to date. Baker’s last two films, Take Out (2004) and Prince of Broadway (2008), took an ethnographic approach toward their subjects. Take Out (co-directed with Shih-Ching Tsou) delves into the world of Asian illegal immigrants by focusing… 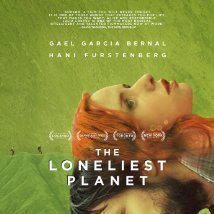 Whore's Glory (streaming on Netflix) - I really wish I got to see this projected. It's rare that documentaries are shot on film... and this doc about working girls from around the world is beautifully shot on Super 16. If the oldest profession is prostitution, then the oldest question is 'why?'... and this question can never be truly answered... Michael Glawogger is aware of this and doesn't attempt to answer it.. so instead just gives a very up close and personal look at the lives of prostitutes working in Thailand, Bangladesh, and Mexico and even more so the terrible conditions in which they are working. Also.. if you can find Glawogger 's 'Workingman's Death'.. very similar to 'Leviathan'... and in my opinion more insightful.

The Loneliest Planet (Streaming on Netflix) - Truly wish I saw this projected as well... shot on the Red with vintage Russian lenses. One of my faves of the year. Sticks with you. Deliberately slow to allow the audience to absorb the situation as the characters are absorbing it... and leaves us asking questions about gender roles, responsibilities and expectations. Watch it... on a nice big screen.

Sleepless Night aka Nuit blanche (DVD) - Frédéric Jardin's French action thriller that has been called "Die Hard Meets 24 by Way of Taken." That pretty much defines it. Most of film takes place in a nightclub. It's fun and fast paced... 1st half is stronger than 2nd. I can not believe this hasn't had the Hollywood make-over yet.

Girls Against Boys (DCP @ Oldenberg Film Festival) - I saw this back in September but wanted to wait until its release for Baker Views. Very slick rape/revenge thriller by Austin Chick... released by Anchor Bay here in the States. I'm obsessed with Danielle Panabaker. She has that thing... could and should be a star.

Mama (DCP @ Arclight) - One major scare. Terrible climax. I'd rather watch this Mama any day: http://www.myspace.com/video/seven-seven-is/oh-mamma/35881661

Jack & Diane (Blu-Ray) - Bradley Rust Gray most definitely has a style.. which may be too low energy for some.. but it's deliberate and I respect that. Anne Misawa delivers a very nice, clean look on 35mm with the Aaton: Penelope camera.

Once Upon a Time in Anatolia (Blu-Ray) - I can't decide if I like this more than Nuri Bilge Ceylan's previous films... definitely up there with Distant. It has such a distinct feel and the performances are solid across the board. Film takes place over the course of a day and when the morning comes, the light feels heavy and oppressive, like it feels when you've stayed up all night. Still figuring out some of the characters' turmoil but overall I really like. The Blu-Ray has a feature length making-of worth watching.

Return (DVD) - Liza Johnson's film about a home-from-deployment soldier Kelli (Linda Cardellini) and her tough readjustment to her family life. Remember that section in The Hurt Locker where Renner comes home and lives in a state of silent desperation... take that section and make it an to an entire film... and that's basically Return... except our lead is female and more importantly has not seen any direct combat. This is interesting because it makes her struggle much less definable... and this is the detail that kept me thinking about the film long after. I'm not sure if I find this film satisfying but I'm pretty sure Liza Johnson doesn't want it to be.

Gayby (DVD) - Really enjoyed it. Strong performances and appealing characters throughout. Jenn Harris has a great presence and deserves to get something big from this. Usually I hate directors acting in their own films... not in this case, Jonathan Lisecki is hilarious.

Tanner Hall (Blu-Ray) - I hear that Francesca Gregorini's new film really rocked it at Sundance... so I wanted to check out her first. 2009 feature starring Rooney Mara about the relationships at an all-girls boarding school. Solid cast. Interesting tonal changes. Brie Larson is the stand-out though... now I love her.

Life of Pi (DCP in 3D @ Arclight) - Ok... I have a love/hate relationship with this film. I think it could have been a modern classic on an almost Kubrickian level if it wasn't for the wrap around. I understand that the wrap around is vital but its execution was lackluster compared to the rest of the film. And the explanation at the end is unforgivable... it basically ruined the film for me. There is absolutely no reason to spell it out to the audience in dialogue.... once Pi tells the 2nd version of the story, we as audience members begin to make the connection ourselves... the explanation treats the audience like idiots. There are other sections of the film, such as the mere-cat island, that is left to the audience to interpret and that is 100% more satisfying for me. Too bad... this is such a gorgeous film with such powerful performances... proves that 1 minute of poor choices can ruin a near perfect 127 minute film.

Detention (Blu-Ray) - Check this out. Joseph Kahn, known for his music videos and commercials, delivers an ambitious, funny and hyper-active indie that he supposedly funded himself. Deserves alot more indie love. Shanley Caswell is great.

Tabu (DCP @ Wilshire Screening Room) - Okay... I may lose some friends with this one. Although I really enjoyed it and found it to be quite hypnotic... I'm not as blown away as everyone else. This film is divided in to two parts... I found the 2nd half to be much more compelling with truly original sound design and classic framing and set pieces.

Anatomy of a Murder (Blu-Ray) - While I recognize the mastering of the craft that Preminger had in his time, unfortunately the film is dated a little too much for me to fully appreciate. It was great to see the very youthful Ben Gazzara and George C. Scott. Criterion's Blu-Ray looks great!

Valley of Saints (HDCam @ Regal 14) - Some of the best 5D cinematography I've seen. Very interesting look at Kashmir that sticks with you.

War Witch (DCP @ Regal 14) - One of my favorite films of 2012. What could have been a straight forward depiction of child soldiers in the Congo is elevated by use of magical realism and the end result is captivating. Rachel Mwanza deserves all the praise she is receiving as well as the other cast members, all of which don't have a false moment in their performances. Tribeca Film is putting this out in March... see it in the theaters.

Here (35mm @ Regal 14) - Gorgeous cinematography by Lol Crawley... very happy I saw it in 35mm. Had problems with the length of the film but worth the watch. I really love Lubna Azabal... but she isn't Armenian... and I heard numerous complaints in the theater by Armenians who said her accent was so off that they were using the subtitles to follow her.

Savages (Blu-Ray) - At least it held my attention but I would much rather be watching Oliver Stone's documentaries these days. Two complaints... Hated Blake Lively's voice-over and found the characters to be very unsympathetic.. Hard to root for our protagonists when they burn a man alive Mexican cartel style.

TED (Blu-Ray) - Could and should have been MUCH funnier.

Tim and Eric Awesome Show, Great Job! Seasons 1 & 2 (DVD) - LOVE LOVE LOVE. I was familiar with the shows for awhile but finally decided to give the seasons a marathon. They are truly cutting edge comedy and represent a true evolution in the form... and should be taken as seriously as Monty Python and South Park.

Films that I saw but honestly can't judge (but at least I paid for):

The Hobbit (HFR 3D @ Mann's Chinese) - I walked out. That's right. I walked out an hour and a half in because I couldn't stand watching a BBC adventure show on the big screen a second longer. You can't even consider this a film. I gave it a chance in the format that Jackson wanted it to be seen in but this is unacceptable. The SD video films of the last decade have a more pleasing-to-the-eye aesthetic than this does... OMG!!!!!

Sinister (35mm at Vineland Drive-in) - I was at a drive-in so one isn't exactly paying attention to the movie. But from what I saw... sure, whatever.

Texas Chainsaw Massacre (35mm at Vineland Drive-in) - The opening minute looked amazing... and then I realized they were just showing clips from the original film. I soon realized that it falls in to the Hollywood remake trap of actors who are too hot to have any right being in a film like this. At least you get good cameos... Gunnar Hansen, John Dugan and Bill Moseley.

Be the first to know and let us send you an email when Freestyle Picture Company posts news and promotions. Your email address will not be used for any other purpose, and you can unsubscribe at any time.