An incredible team that built a beautiful studio... 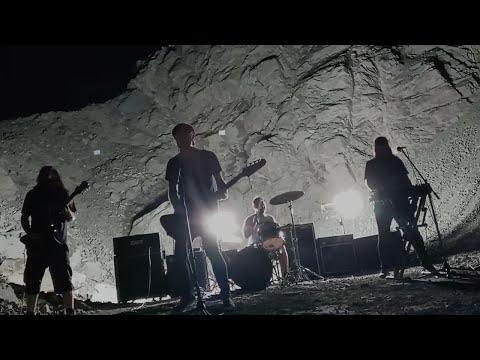 Kesem - When The Stars Cave In

Kesem - When The Stars Cave In 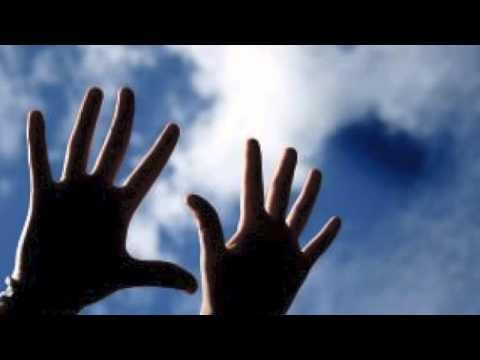 Band of Dinosaurs - Lift You Up

Band of Dinosaurs - Lift You Up

Video by Chad Carrier from the album “Not Alone” on Lord Cash Pockets Records.https://chadcarrieracoustic.com/https://www.facebook.com/Chad-Carrier-Solo-Acou...

Tomorrow, April 1st, the new Balboas single INSANITY PEPPER is available at all digital download/streaming sites! Blow your mind with The Pepper!

We recorded the beautiful Mr. Richard James Simpson's new album and it's out now!

Richard James Simpson is sharing his third solo album, "Sugar The Pill," with an array of features and influences throughout.

GRANT GILBRECHT Me And Dawn

Just a little album we knocked out recently. In one Day.
Love you Grant, all kinds of brilliant here

TOMBSTONES IN THEIR EYES - Ship On The Sea

TOMBSTONES IN THEIR EYES - Ship On The Sea

From the album Looking For A Light, released on Kitten Robot Records / Somewherecold RecordsVideo by Chariot of Black MothMusicians:John Treanor, Josh Drew, ...

Hayley and the Crushers - She Drives (Official)

Hayley and the Crushers - She Drives (Official)

Hayley Crusher Cain of CA glitter trash punks Hayley and the Crushers takes to the driver's seat with an ode to claiming your freedom and leaving the BS in t...

Little did the world know that when the Supersuckers took the Streetwalkin’ Cheetahs out on tour for the first time back in 1999, the leaders of these two infamous punk rock ‘n’ roll acts would remain pals and collaborators for over two decades! The evidence of this wild and rowdy union is all...

It’s not easy to find the bright side of the recent global pandemic. Sure, collectively as a society we were finally cool with gaining weight, day

Kitten Robot is very proud to announce we are releasing the debut solo album by Kira, whom you know from dos and Black Flag (and probably much more). Read all about it here: https://mailchi.mp/reybee/kira_kira

LOVED working with these guys!

Music Video of song by David Reeves shot in downtown LA studio produced, directed and filmed by Tom Mitchell with assistance by Julia and James Plavec.

They listed me as a member of this band...I am honored beyond words

As COVID-19 loosens its grip, Hayley & the Crushers bust out of their "Cul-De-Sac" and show you a bit of their native San Luis Obispo in the video for their feisty new single.

LA-based avant-garde artist CrowJane introduced her darkly alluring take on post punk last year with her debut album Mater Dolorosa. For her debut CrowJane, real name Heather Galipo, took inspiration from the experimental side of the punk underground and from her own background in surrealism and hor...

A wise man once said “If you can’t eat it, drink it, smoke it, or f**k it...BLOW IT UP!”. This new single by The Balboas (Featuring East Bay Ray of the Dead Kennedys) does all that and more! It’s out May 1st in all the cool digital shops!

Don't hold this against me

The first couple of months of the Covid lockdown proved creatively fruitful for Los Angeles-based alt-rock outfit Tombstones In Their Eyes. “Quarantine Blues was the first track I’d written in quite a…

I finally did it
"12 steppers and dead junkies" surrendered to and released.

Bloom is a love song to the planet and humanity. Closely listen to the lyrics and, if moved, please share our message. "Our desire is the song and video will... 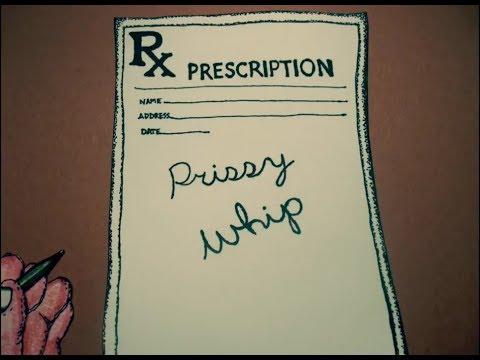 Remember when I recorded Prissywhip? That was AWESOME

DOUBLE ALBUM coming from this guy...

Being Free! Is a message song 🎶 from my cd I have recently recorded, there will lots more to come but for now this song could resonate with a few of you out there. Thanks PS. Dedicating my song to ar

Chaim did music i sang words...

Heaventree Music by Chain Rochester Words by Paul Roessler (apologies to J.Joyce) The heaventree of stars hung with humid nightblue fruit And the daybreak that we are swirling twirling through the lo

Sitting in my chair waiting to die

amare qualis - birds of paradise on a capitalist planet, by qualia-c

Can You Hear Me

Can You Hear Me

A cover of the Thin White Duke's "Can You Hear Me."

Be the first to know and let us send you an email when Kitten Robot Studios posts news and promotions. Your email address will not be used for any other purpose, and you can unsubscribe at any time.

Thank you Kitten Robot Studios. I appreciate it very much.
Thank You Kitten Robot Studios. I appreciate it very much.
Thank You Kitten Robot Studios. I appreciate it very much.
It’s been ONE WHOLE YEAR since we signed to Kitten Robot Records and it was the best decision we could have made. The album we just sent to press proves it! Working at Kitten Robot Studios we expanded our sound and vision! Got to work with our creative heroes Josie Cotton , Paul Roessler and Mass Giorgini, and had the pleasure of making friends with the coolest weirdest team of rockers: Bruce Duff, Rio Warner, Cherish Alexander and sweet Gina! It sounds like a whole lotta namedropping, 🤷‍♂️ but it’s really the people that make a label and a team. These people deserve all the credit!!!! Xoxoxo
HAPPY NEW YEAR! 2021 was a tough one any way you slice it, but you KNOW we didn’t get the memo. Yep, we still brought the fun, as the world continued to crumble all around cuz, yeah, that’s just our style. 🤷‍♀️ 🤪 Funny thing, you don’t know how much you need joy, humor and high kicks until s**t gets really dark. To that end, we hope that our music was able to bring some sunshine into your life, to be able to connect old punx with youngins and just generally give you a warm place to escape to whenever you needed a double dose of The Crusherverse™️!!! On a “professional” note, we are super grateful to have found a creative home with @kittenrobotrecords this year, to have been able to put out an EP (Fun-Sized), four singles (Church of Flag, Cul-de-Sac, She Drives and Click and Act Now), a few fun cassettes and even a super cool lathe cut 7” , a bunch of wacky music videos and THE BEST PART, we managed to record a brand new album slated for release 2022! 🤯 It actually boggles the mind that we were able to finish the album during the ongoing Covid saga, but we got by with a mix of remote and in-studio sessions courtesy of thee master engineer Paul Roessler over Kitten Robot Studios !!! 💖💥 This was, by far, the biggest highlight of our year. We have the one and only Josie Cotton to thank for making this happen! . We’d like to thank ALL our honorary Crushers, wherever you are: Bruce Duff Mass Giorgini , Rio Warner @ReyRoldan Reta Records Rum Bar Records @red.spade.records Memorable But Not Honorable Dougie Tangent The Dummy Room @thomasignatius GunnShotsMedia Cindy Kona , Rodney on the Rock Little Steven's Underground Garage , 𝙒𝙖𝙨𝙨𝙪𝙥 𝙍𝙤𝙘𝙠𝙚𝙧 𝙍𝙖𝙙𝙞𝙤 Radio Candy PunkArmyNet Venus in Vintage , Dennis Chuning , Mikerogersshow Travis Ramin, Curtis Campbell, B-Ball, Gabe Usery Josh Rutledge, Eccentric Pop Records our label-mates and ALL the fabulous DJs who spun our tracks and kept us smiling. (I’m sure I missed a few!) 😉 Oh and let’s not forget you cuties who came to our rare and elusive shows this year—the ones who hung at the merch booth and even danced on stage! 💃 🕺 YOU ARE A CRUSHER AND WE LOVE YOU! 🎸 🥁 🏄‍♀️ 🌊 . Pic by @thomasignatius 📸
Nothing too exciting, just finishing up the new record at Kitten Robot Studios with Paul Roessler!!! It’s more fun than it looks. 😆 Kitten Robot Records 🌈
Just a friendly reminder that "Click and Act Now!" is up on Youtube and streaming everywhere now! Video: https://www.youtube.com/watch?v=BkQrKftIUjk Streaming: https://ffm.to/clickandactnow Available now from Kitten Robot Records/ Produced by Paul Roessler Kitten Robot Studios / Mastered by Mass Giorgini
The ever-cool Vive Le Rock just posted this regarding the upcoming Kira record. Check it! Kitten Robot Studios
Recorded some new vocals at Kitten Robot Studios over the weekend and it feels like… 🎉
Next: - (20:52 CET) Track#09 CrowJane: „Terminal Secrets (live)“ Album: TERMINAL SECRETS (Single) (Release: 07.05.21 / self – Kitten Robot) https://crowjanenoise.bandcamp.com NEW MONDAY #16/21: (16.08.2021 at 20:00 CET) https://www.facebook.com/events/537972757514586 🔊www.flyflewradio.com🔊
Our new single “Cul-de-Sac” is streaming everywhere now! Listen here: https://ffm.to/culdesac “2020 was a bitch, so it's somewhat expected that the 'summer jams' of 2021 would be tinged with a bit of PTSD. Dr. Cain and I were literally stuck in the cul-de-sac where we live. I'd walk the dog ten times a day, waving to the same neighbors. Our situation was not bad (better than most) but this was our experience, and I know others can relate. The paranoia and despair of a global pandemic unfolding day-to-day in slow motion became part of the daily ritual, like watering the vegetables...it was a silent screaming feeling...one that crept up at all hours of the day.” —Hayley . Proud to say this song was recorded and mixed by iconic punk producer Paul Roessler at Josie Cotton ‘s fabulous Kitten Robot Studios in LA and mastered by the one and only Mass Giorgini ! BIG thanks to Benjamin Cabreana for keeping the beat and Trenton Class for the additional guitar work! This isn’t a normal Crushers song but it hasn’t been a normal world...luckily, the people in our orbit keep us inspired and pushing forward. . Pic by Thomas Ignatius 📸
Mayday Mayday! NOW AVAILABLE: Our new single, at your favorite digital outlet. Recorded in LA and remotely by #PaulRoessler at Kitten Robot Studios Dead in One Hour features East Bay Ray of Dead Kennedys. And the b-side is definitely #nsfw #justabadpenny