We taped the 4th Annual Raise Your Voice 4 Peace #RYV4P youth vocal competition last Saturday night at the @grammymuseum and it was incredible.

It begins streaming at 7 p.m. tonight the @jenerationj YouTube page.

"Being the person who brought #socialequity to the city of Los Angeles, it’s been very frustrating to watch the process move forward, or not move forward," -Virgil Grant @californiacannabiswc Owner.

@espublicrelations and @mediarepertoire spent April - June working with client Virgil Grant and his @californiacannabiswc dispensary in Los Angeles’ Melrose District for their makeover on the new @discoveryplus series #HighDesign.

Be sure to check out the episode. It turned out great. Don’t blink and you will catch us in the reveal segment.

Big thanks to the producers at @studiocitypxl and host @kimmylesdesign.

What are we working on next? 😉

As we get ready for the 4th Annual Raise Your Voice 4 Peace youth vocal competition on May 14, we figured that we might as well brag a little about some of our former finalists. 💪🏽

are you between 13 and 18 years old and can sing or rap … really good? you could be the next #ryv4p finalist. start by visiting 👉🏽 jenerationj.com 👈🏽 to submit your audition performance.

It was cool seeing @marclamonthill getting a kick out of talking to @jasiahyoungofficial and his use of words like “exhilarating” and “agile” when discussing his starring role on @netflix’s @raisingdion.

Thanks Marc and @bncnews for having him.

• @bncnews Young actor @Jasiahyoungofficial talks with @marclamonthill about how exhilarating it is for him to be a superhero in the Netflix show "Raising Dion."

He had fun catching up with Aunyea who interviewed him in 2019 when “Raising Dion” debuted.

Honored to work with the @jenessecenter, one of the 56 changemakers spotlighted in the Super Bowl LVI Legacy Program - #ChampionsLiveHere

The love @jasiahyoungofficial and @raisingdion have been receiving from @kbla1580 has been next level. Special shout-out to 👑 @dannymoshow for having Ja’Siah yesterday. The interview was amazing.

Please visit kbla1580.com/middays-with-danny-morrison/ to check it out.

Hometown love is the best. Thank you @69news for your continued support of Easton, PA’s own @jasiahyoungofficial! #raisingdion @raisingdion @netflix #newnetflixseries #netflix

Today, they shared the first of a four-part infographic slideshow series about the impact on trauma. Help spread the healing word by sharing with a young person. #contentcreation

He landed the top spot at just six years old.

Ready for Season 2 of the @netflix sci-fi series Raising Dion]? It premieres Tuesday, February 1 at 12 a.m. PST. It’s a pleasure to work with the talented @jasiahyoungofficial again.

@ladera_kennedy @blacktechlink and @mikejisforever @blacktechtalent didn’t hold back in breaking down how to improve #diversityandinclusion issues for Black technologists in two comprehensive articles for #computerworld. Thank you #GalenGruman for sharing your platform.

Join @mediarepertoire’s @BillyJohnsonJr and this esteemed panel on @clubhouse_connect today at 4 pm PST as they discuss cultural appropriation.

Thank you @thawrite1 and Bostick & Associates for having Billy.

“‘Panicking,’ which has gathered over 10 million streams across all platforms, was featured on the prominent Spotify playlist Beast Mode. “I had one of my ex bosses hit me up [and say] ‘Yo, I’m in the gym right now working out and your song just popped up’,” he said.” - @thereallilhaiti @bk_reader

Thanks for the nice write up @j_ferrari23

“Today, we’re here to give away coats to the less fortunate. To people who can’t afford, especially through this pandemic. It’s a holiday season very soon so we want to make sure everybody have a good smile on their face and give hope.” - @thereallilhaiti on @news12bk

Tonight, watch the live-stream of the third annual Raise Your Voice 4 Peace youth vocal competition. It's been great being on this committee. The young performers are incredible. Please check it out and share. This year's hosts are Disney star Issac Ryan Brown and #FlexininMyComplexion CEO Kheris Rogers.

We had the pleasure of working with Crystal Tamar last year as she prepared for the release of her self-titled debut. She's one of our favorites.

Check out this three-song performance she did for the Houston Chronicle's concert series. Excellence!

Music Day How To Stay Up During The Down with Eddie Levert, Johnny Gill & Ralph Tresvant - Episode 1

Music Day How To Stay Up During The Down with Eddie Levert, Johnny Gill & Ralph Tresvant - Episode 1

Thank you @levelmag for allowing @arshaw23 to use your platform to discuss his book “How President Obama Would Have Handled Covid-19.”⁣
⁣
“The Trump administration acted against the advice of prominent scientists and spread misinformation to Americans regarding the severity of the virus.”⁣
⁣
- A.R. Shaw for LEVEL⁣
⁣
#obama #covid19 #coronavirus #trump #election #pandemic #book #mrcoverage

Know a talented 13-18 vocalist who you would recommend for the Los Angeles-based, Raise Your Voice 4 Peace?

Tag them so they can watch today's Instagram Live interview at 3 p.m. PT with 2019 finalist Caleb Smith -- instagram.com/jenerationj.

Congratulations to Michael A. Jackson and the Black Tech Talent team for winning the Minnesota Startup Awards 2020's The Inclusive Evolution Award!

In addition to singing, you may have seen Nayah actings on shows like #Blackish, #GreysAnatomy and #ModernFamily.

Join @JenerationJ's RYV4P Instagram Live chat with 2018 Raise Your Voice 4 Peace winner Shaylin B today at 3 p.m. PT. She currently co-stars as Gloria on Hulu's Madagascar A Little While.

Chat with 2018 Raise Your Voice 4 Peace winner Shaylin B today at 3 p.m. PT during our #RYV4P Instagram Live interview with Katrina Mitchell.

We're so proud of her success. She portrays the voice of Gloria on Hulu's Madagascar A Little Wild and so much more.

AM Wake Up Call Morning Show

Listen to Natasha Lewin discuss her podcast White Privilege: Radio Play on Rolling Out's AM Wake Up Call at 1 hour and 15 minute mark.

Thank you Rolling Out for having her on.

Check out Lil Haiti interview on Rolling Out's #AMWakeUpCall interview. He comes in at the 1:21 mark. Very interesting, open, transparent interview. Thanks Romeo and A.R. Shaw for having him on.

Be the first to know and let us send you an email when Media & Repertoire posts news and promotions. Your email address will not be used for any other purpose, and you can unsubscribe at any time.

Send a message to Media & Repertoire: 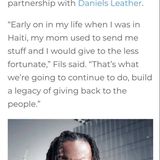 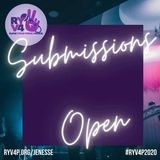 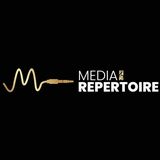 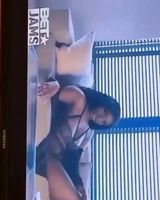 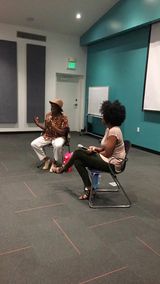 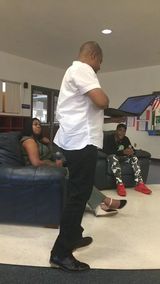 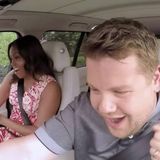 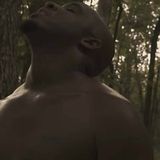 In the music video for Derek Minor's song #Free, he sums up the world's reaction to the tension surrounding police and Black males. WATCH: http://billyjohnsonjrpresents.com/kids-watch-father-enslaved-in-derek-minors-free-video/ #policebrutality #police #blackmales 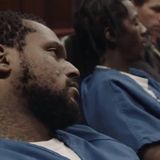 ScHoolboyQ's music video for #BlackTHougHts delivers a powerful message about how kids are impacted when their parents are incarcerated. WATCH: http://billyjohnsonjrpresents.com/schoolboy-q-focuses-on-daughter-in-black-thoughts-video/

Billy, who holds a B.A. in Public Relations and Professional Writing from California State University, San Bernardino, brings to M&R more than 18 years experience as a senior editor for Yahoo Music as well as contributing writer and reporter roles for Entertainment Weekly, The Hollywood Reporter and Vibe, among other outlets. Billy began his career in entertainment journalism in 1989 when at 19 he began writing the fan club newsletter for J.J. Fad, the Grammy-nominated female rap group signed to Ruthless Records. The following year, he became the production assistant at the Riverside Black Voice News where he advanced to Entertainment Editor and Editor in Chief. In 1994, he was hired as Managing Editor for Rap Sheet Newspaper where he worked until joining LAUNCH in 1998, two years before it was acquired by Yahoo.

As a spokesperson, Billy has appeared on CBS, BBC, FOX, TV One, VH1, CNN, ABC and KFI. He has also co-produced content for co-branded partnerships with Pepsi, Grammys, iHeartRadio, Live Nation, Spotify, and American Music Awards.

Other Media Agencies in Los Angeles

Raising Dion' Star Ja'Siah Young on Superhero Series Reaching No. 1 on Netflix Listen to Interview on KBLA 1580 Season 2 of Netflix series "Raising Dion" reached No. 1 in the U.S. after its debut on Tuesday. While it has slipped to the three spot, 10-year-old star Ja'Siah Young reflects on his initial reaction to the show hitting the top position. During an interview Friday on Middays With Danny Morrison on Tavis Smiley's KBLA 1580 talk station, Ja'Siah shared, "I found out yesterday, and when I saw it I was like, 'Wow. Yay, that is so cool.' Literally two days after launch. I was like, 'Wow. we already made it to No. 1.'" Listen to Danny Morrison's fun interview with Ja'Siah. The Easton, Pennsylvania native explains whether or not he still has to take out the trash at home since becoming No. 1, being friends with Michael B. Jordan who portrays his late father on the series, appearing on "Law & Order: SVU," and his dream to portray Miles Morales in the Spiderman series. Billy Johnson Jr. Media & Repertoire Ja' Siah Young Raising Dion KBLA TALK 1580 Danny Morrison Media
The Amazing Jay Lyriq & Tay Dizm Release Music Video For "No More." Get The Details Here: http://www.elicitmagazine.com/jay-and-tay-no-more-video/ Billy Johnson Jr. #NewMusicVideo #Music
Am writing from NB to mention my protest song re: pres lies called "trump says (trump lies)", based on Jane's Addiction big hit "Jane Says". YouTube link is https://youtu.be/gDoIi0KB1l8. #trumpsaysthesong
Have You Heard? YoYo Fearless Releases New Single "Out of Control” Get The Details Here: http://www.elicitmagazine.com/yoyo-out-of-control/ #NewMusic #Music #YoYo Billy Johnson Jr.
Disney Actor Issac Ryan Brown to Host Second Annual RYV4P Youth Singing Competition! Get The Complete Details Here: http://www.elicitmagazine.com/issac-ryan-brown-ryv4p/ Billy Johnson Jr.
R&B Singer-Songwriter Ashlee Goes Viral With Sexy “Alone With You." Get The Details Here: http://www.elicitmagazine.com/ashlee-alone-with-you/ Billy Johnson Jr. #NewMusicMonday Jonxlewis
Have You Heard? Jay Lyriq RELEASES MUSIC VIDEO FOR “SCHEDULE." Check It Out Here: http://www.elicitmagazine.com/jay-lyriq-schedule/ #JayLyriq Billy Johnson Jr. #MusicVideo