From the Tribeca Film Festival to YouTube, we're a collective of filmmakers and creators making videos for any, all, and everyone. Founded by Timothy Reese and Danielle Beckmann.

Our Game Master Timothy Reese appears on a new episode of "Aw, Crap...a Hellboy Podcast" this week! Unboxing may occur...! 🎧
We loved the episode and know you will too! Listen here:
https://podcasts.apple.com/us/podcast/unboxing-episode-hellboy-rpg-w-timothy-reese/id1407316565?i=1000557504376

We continue the adventure for Novel Chronicles with Episode 8 - Wise & Fall.Your support on Patreon makes a huge difference for us, and every bit helps:https...

New episodes of NOVEL CHRONICLES are here! See you TONIGHT at 6pm PST on www.youtube.com/brooklynquarter + stay after for #NovelConvos hosted by Nagier Chambers 👀✨

Novel Convos is live from last night's episode! Watch Danielle Beckmann, Timothy Reese, and Victoria Rani Ingram talk about the city of Restivarn, femme equality in gaming, their favorite fantasy and scifi, and so much more! ✨

Novel Convos, where many questions are asked and some are even answered.We're on the journey of making a world-class tabletop webseries. Come along!Support u...

Hello BQ friends! Our first 3 episodes of Novel Chronicles are now officially available on YouTube. We love 'em and we think you will too! 💖
Check it out: https://www.youtube.com/playlist?list=PLsS0QN28I9btguDuehlqjRO-UTAXKQwkf

Share your videos with friends, family, and the world

Episode 1 of #NovelChronicles is here and we couldn't be more excited!

We begin the adventure for Novel Chronicles with Episode 1 - A Burden Severe.Your support on Patreon makes a huge difference for us:https://www.patreon.com/b...

Thanks for having us, The Game Of Nerds!
Check out our article about NOVEL CHRONICLES here:
https://thegameofnerds.com/2021/11/06/an-interview-with-a-new-dungeons-dragons-web-series/

Novel Chronicles, is a new pre-recorded game of Dungeons & Dragons that takes place in the land of Ben-Tir.

✨ We had a phenomenal conversation with Big Gold Belt Media to talk about the launch of our new tabletop web series Novel Chronicles. We think you'll like it too! Full interview here: https://www.youtube.com/watch?v=6ZgT5AzCflI

Join me for the Series Premiere of Novel Chronicles on Tuesday, November 9th at 5pm PT / 8pm ET on www.youtube.com/brooklynquarter. New episodes will be dropped weekly every Tuesday at the same place, same time!

Novel Chronicles is a new tabletop web series set in the fantasy world of Ben-Tir. Led by game master Timothy Reese, the cast features the versatile talents of Danielle Beckmann, Mark David Christenson, Bill Crowe, and Victoria Rani. Tune in on Tuesday November 9th for the first episode of Novel Chronicles--a living, breathing escapade of four companions caught in a pinch far beyond their expectations. 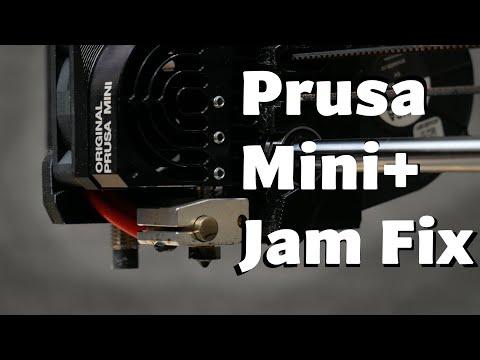 Timothy fixed his Prusa 3D Printing printer and wants to show you how! 👨🏼‍💻 Check out his full process here:

Making The Show - Episode 7My Prusa Mini+ kept jamming, and I fixed it. If you're having trouble, maybe this guide will help you.Steam Lab's tutorial - https...

Making The Show #2 is here!

We sort of know what we're doing now...

Making The Show - Episode 2We're on the journey of making a world-class tabletop webseries. Come along!Support us on Patreon:https://www.patreon.com/brooklyn...

We survived a pandemic, we got married, we moved across the country...and we're still making shows! See what's been going on here:

Making The Show - Episode 1We're on the journey of making a world-class tabletop webseries. Come along!Support us on Patreon:www.patreon.com/brooklynquarterB...

Got a mouse problem at your work or business? If you’re in a big city, you just might! Listen to Danielle’s take on it...it might not be what you expect:
https://youtu.be/I3x6C5joDJs

Wondering how to better communicate with your pet? Check out Danielle’s advice on the matter here:
https://youtu.be/yjSiinG4oig

Another day, another morsel of advice from Danielle. Comment with a question, and maybe she'll answer it in her own unique way. Happy Tuesday!
https://www.youtube.com/watch?v=ls8c9Y6MmQg&list=PLsS0QN28I9bssGkBgfPoFfDBkC29X2nnH&index=7

Need advice? You're in luck! Danielle has all kinds of advice.

One episode a day will be released all this week! Check back for more here, or on our YouTube channel.

Danielle Beckmann as completely herself.
Camera and editing by Devo Alexander.
Produced by Timothy Reese.
Song by Vulfpeck, with permission.

This is an AMAZING costume. https://www.youtube.com/watch?v=wGFUMKie1K8 And a dead-ringer for Turlock from the City of Niles.

Big backlog of prints to paint over the next week. Been looking forward to this since the start of the year, painting terrain and objects is immensely satisfying.
————————————
Carroll Guardians is a weekly dramedy on Twitch.tv/BrooklynQuarter
Every Monday at 7PM ET
————————————
#gaming #dnd #painting #carrollguardians #3dprinter #3dprinting #dungeonsanddragons #dandd #livestream #terrain #miniatures #trpg #rpg #tabletopterrain #tabletop #roleplayinggames #tabletopgaming #dice #dicerolling

Be the first to know and let us send you an email when Brooklyn Quarter posts news and promotions. Your email address will not be used for any other purpose, and you can unsubscribe at any time.

Send a message to Brooklyn Quarter: 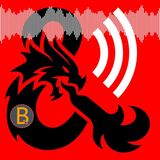 Werk on Your Listening Skillz - Just All Around Good Ideas

5 QUESTIONS SERIES... now featuring a short which will have it's premiere during Tribeca (June 9 – 20, 2021) LIZA ANONYMOUS a Feminocentric project led by an Award-winning all-women team: Director Aubrey Smyth won the Grand Prize at Moet Moment Film Festival; Screenwriter Leah McKendrick most recently wrote Summer Lovin’, the Grease prequel; Actress Danielle Beckmann was recently signed to Affinity Artists and Cutler Management; Chloe Smolkin won Excellence in Cinematography from Brightside Film Festival; Costume Designer Keely Bembry (Top Five); First AD Catriona Rubenis-Stevens (Feeling Through); Composer Joanna Katcher (It’s Not a Burden: The Humor and Heartache of Raising Elderly Parents); Editor Samantha Smith (Aish Divine: BBC); Sound Recordist Vera Quispe (The Subject); Makeup Artist Gianna Gutierrez (Snatched); Casting by Kristen Paladino and Katie Rosin is an award-winning producer and publicist. I sent the three lead creatives each a set of 5 Questions to answer about the film and what they bring to it... CHECK OUT THEIR VIDEO RESPONSES - http://tinseltine.com/tribeca-5-questions-for-the-women-of-liza-anonymous/ #LizaAnonymous Brooklyn Quarter Kampfire Films #tribeca2021 #tribecafilmfestival #5questions #femaledirector #femalelead #femalescreenwriter #womensupportingwomen #womenmakefilm #shortfilms #shortfilmscreening #filmmaking
You’ll need to check out Gloomhaven if you haven’t already
Hi Danielle and Brooklyn Quarter, I have a question: How can I figure out if my cat actually loves me? Greetings, Djorhia N. From Vianen The Netherlands
Time to get down to business #Natty20s