ornana is working hard to bring you movies that go beyond the boundaries of conventional film and an www.vimeo.com/ornana

One of our favorite moments

The best of friends now ❤️✨

Have you watched the remarkable in yet? 😎

such a light, such a powerhouse, if you haven’t watched in DO. IT. NOW. ❤️😎

Happy Birthday to our "Guiding Light" Shirley Chen from

The man, the myth, the legend Daniel Rashid "Yoni" Have you watched yet? What are your thoughts?

We had a chance to sit down and chat with the crew over at Filmwax Radio - check it out here- http://www.filmwaxradio.com/podcasts/episode-667/

Do you consider lightning an over reaction? now streaming exclusively on

Yall!!! We are finally here! Beast Beast is open in theaters in person and virtually starting tonight at midnight. We owe yall so much for the support that you have given to make this film and so much of our work possible. We are so thrilled to finally share what you helped to create. Thank you for being on the long, difficult journey from the very beginning. All our love to you, it really has meant everything to us. We will link below where you can see the film, but also you can check here: https://vanishingangle.com/beast-beast-film

Writer-director Danny Madden shares the memorable in-between moments from his new film, which opens in select theaters this Friday.

We wanted to share with yall the Beast Beast Behind the scenes documentary that we are releasing over the next few weeks on TikTok. We are sharing the journey from the short Krista winning awards at SXSW all the way through the release in May. Lots of fun moments and stories to share. Here's our screen test with Jose Angeles and Jim Cummings from the day we ended up casting Jose in the film! Really proud of the team putting together something so unique and fun to share our journey with yall. Hope you enjoy!

We can't wait for tonight's drive-in screening of Beast Beast with the wonderful folks at Cucalorus Honk if you're in Wilmington! Followed by a Q&A with our talented young cast and director Danny Madden.

Three interwoven stories of youth navigating identity, first love, petty crime, and gun violence in the American South. Brimming with energy and style, Beast Beast captures what it means to come of age in an era marked by technology and social media, where violetnt clashes awaken dormant passions an...

We are getting giddy with excitement for our upcoming screening with Cucalorus for Beast Beast. One of our very favorite indie film organizations, plus a really cool dance performance?! Grateful to be a part of http://www.cucalorus.org/film/beast-beast/

Three interwoven stories of youth navigating identity, first love, petty crime, and gun violence in the American South. Brimming with energy and style, Beast Beast captures what it means to come of age in an era marked by technology and social media, where violetnt clashes awaken dormant passions an...


Three interwoven stories of youth navigating identity, first love, petty crime, and gun violence in a Southern, American town. Brimming with energy and style, Beast Beast captures what it means to come of age in an era marked by technology and social media, where violent clashes awaken dormant passi...

You know the ol' saying... The filmmakers that quarantine together attend Q&A's together! Here is the BEAST BEAST team at Filmfort!

Hey yall! So many of the longtime ornana folks came together to make this new movie that comes out today. We hope yall get to see these familiar faces in a whole new light. And Atlanta folks, The Wolf of Snow Hollow plays at the drive-in this weekend! https://starlightdrivein.com/nowplaying/friday/

Well yall, the wait is over. The Wolf of Snow Hollow is out in theaters and available at home. Give a watch, leave a rating, let us know howl you feel. So thrilled to share this with yall! Thanks so much for the support, it keeps us going. Love yall!

Congratulations Danny and the BEAST BEAST team, and thank you Sunscreen Film Festival for this award!

Hey yall! Last chance to get tickets to see Beast Beast at Atlanta Film Festival. Screening tonight and tomorrow at the Drive-in. If you're going, please take lots of pictures! We have a whole bunch of folks stuck in their states that are wishing they could be there to celebrate with yall.

Got some good news and some bad news. Bad news: only three tickets left for our screening at Atlanta Film Festival. Good news: plenty of tickets available for this extra screening at the festival! Get em while they are fresh yall!

Hey yall, we're coming home! Thrilled to be playing with Atlanta Film Festival down at the drive-in. Come celebrate the film that so many of you helped make happen (thank you Red Bull background actors of all ages!). See you Beast Beasts soon. Get them tickets while you can. All our love, yall.

Be the first to know and let us send you an email when Ornana posts news and promotions. Your email address will not be used for any other purpose, and you can unsubscribe at any time.

Send a message to Ornana: 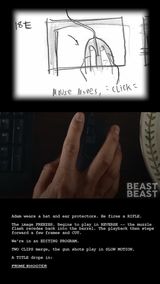 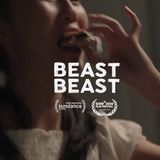 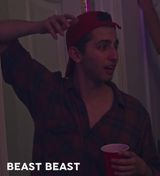 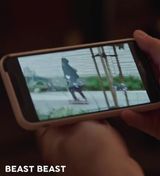 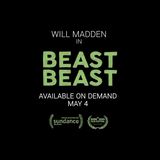 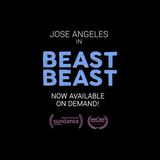 such a light, such a powerhouse, if you haven’t watched @thespindojo in #beastbeastfilm DO. IT. NOW. #meetthecast ❤️😎 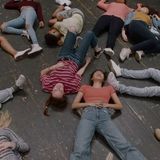 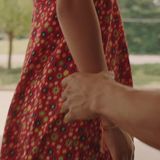 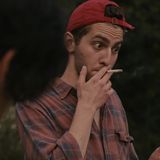 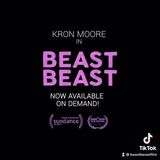 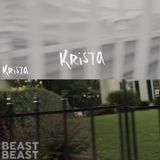 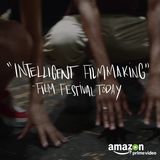 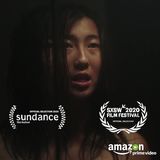 Do you consider lightning an over reaction? #beastbeastfilm now streaming exclusively on @amazonprimevideo #nowstreaming #amazonprime 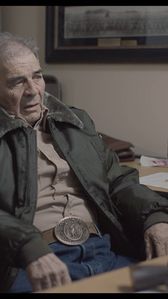 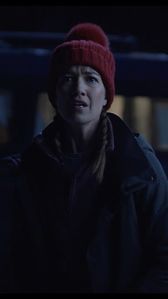 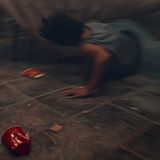 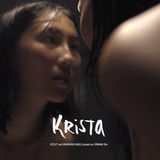 ★★★★★ Alec Baldwin is Executively Producing our feature film and now we need YOU. We're seeking one more Executive Producer to support this production, based on our South by Southwest winning short film, KRISTA. Enjoy our Creative Deck and feel free to message us HERE: https://issuu.com/mac7770/docs/beastbeast_feature_deck -Ornana

LAST 24 HOURS!! We finally hit the stretch run of our Kickstarter for our new feature, based off the SXSW award winning short, KRISTA. For a dollar you can take the journey with the team, and keep up to date on how we create the film. Every backer helps us be able to tell this story. Thanks yall. https://www.kickstarter.com/projects/ornana/the-new-ornana-feature

Produce the feature film behind the South by Southwest winning short! https://www.kickstarter.com/projects/ornana/the-new-ornana-feature

Join the feature film of the SXSW winning short

We can't wait for yall to see our new short, Krista. This film started as a Kickstarter last summer and has had so many wonderful hands help create and nurture it since then. And now Krista is going to SXSW next month. Check out the sneak peek. And as always, thank yall for the incredible support. It is why we are able to keep sharing new stories told in new ways.

All Your Favorite Shows!

Anything you wanna watch in the palm of your hands! Crazy convenient. Crazy...

Thinking about if you haven't streamed it on make sure you do ASAP & then comment below how you feel ;) Ornana Amazon Prime Video Tubi Kanopy Google Play
From "Krista" to "Beast Beast" Ornana STREAMING NOW

https://vanishingangle.com/beast-beast-film
Thank you to Danny Madden and Shirley Chen for joining us after screening BEAST BEAST! Our little in-person POD got a real treat! Appreciation to the VOD watchers too for their participation from home. 🙏 Ornana Vanishing Angle Oregon Film
Check out the new 2021 trailer of our film "Beast Beast."

awarded BEAST BEAST the 🏅STORYTELLING AWARD 🏅for Excellence in Narrative Feature Storytelling, too!
*
*
*
*
*
Ornana
The 2020 Atlanta Film Festival coverage continues! The filmmakers behind Beast Beast at Ornana and Vanishing Angle joined Shawn for an extensive, exciting and exhilarating chat for the ages. The roster includes the film's writer/director Danny Madden, producers Matt Miller and Benjamin Wiessner and a special cameo appearance by Pete Ohs, one of the film's editors. The group discusses how they started working with one another, achieving the film's youthful, naturalistic vibe, the challenges faced and the lessons learned.

Listen now on Apple Podcasts, Spotify, Amazon and wherever fine video cassettes are sold! https://bit.ly/3cEFQGR
Less than 2 days left to apply for our Short Film Post Grant!! You better hurry!

One short may lead to another and another! We’ve worked with Jim Cummings and the Ornana team on a number of projects including Minutes, which is a series of single-take short films.

5 days left to apply for our Post Grant! https://filmfreeway.com/VanishingAnglePostGrant

Short films are enjoyable on their own. However, they can also inspire features.That was the case with this short film, Krista. After winning many awards, including the SXSW Grand Jury Award, it was then turned into the feature film, Beast Beast. Both the short and feature were written & directed by Danny Madden and starring Shirley Chen.

The feature, Beast Beast, made it's premiere at the start of 2020 Sundance Film Festival. It was scheduled to play SXSW and other festivals, however a certain global pandemic halted that. We still have a lot of exciting plans for Beast Beast. Follow Vanishing Angle and Ornana for updates!

We are elated that our collaborative indie film project “Beast Beast” made into the feature film program at Sundance Film Festival and will have a World Premiere in January of 2020!

We wish to cherish more joyous moments in the coming weeks and months together with Vanishing Angle & Ornana. Thanks for your partnership!

“Beast Beast” will be featured in the NEXT category of the Festival. Pure, bold works distinguished by an innovative, forward-thinking approach to storytelling populate this program. Digital technology paired with unfettered creativity promises that the films in this section will shape a “greater” next wave in American cinema.

Stay tuned for more updates on this project.

Thanks to Ben Wiessner, Matt Miller at Vanishing Angle & Ornana!

Other Film & Television Studios in Los Angeles (show all)