We make commercials and campaigns come to life. We get results, and have the industry experience to handle any type of branded content for your project. Vendetta has been featured on ABC’s 20/20, Rolling Stone, New York Times, Esquire magazine and many more worldwide publications for success in the entertainment industry. Specializing in the creation of Viral Videos, Branded content, Digital video

We make commercials and campaigns come to life. We get results, and have the industry experience to handle any type of branded content for your project. Vendetta has been featured on ABC’s 20/20, Rolling Stone, New York Times, Esquire magazine and many more worldwide publications for success in the entertainment industry. Specializing in the creation of Viral Videos, Branded content, Digital video

I made a Tik Tok with Addison Rae? | The Sharron Peters Show - EP.01

I made a Tik Tok with Addison Rae? | The Sharron Peters Show - EP.01

DAVID LEHRE - Behind The Scenes of "The Newscaster" (Short Film)

DAVID LEHRE - Behind The Scenes of "The Newscaster" (Short Film)

Director and Tongaler David Lehre, who has been producing videos under his company moniker Vendetta Studios since high school, can find inspiration in just about anything.

What inspires YOU to create?

Photo by @visualsbymike for Vendetta Studios

🎉 🎉 HUGE GIVEAWAY!! 🎉🎉
Yo! In celebration of our newest campaign with Zhiyun-tech, we are giving away a SMOOTH 4 Mobile Gimbal to 1 lucky winner! Here’s how to win:

___
1. Like this photo
2. Follow this page AND Chad Future
3. Tag a friend below = 1 entry (unlimited entries) The more people you tag, the more entries you have to win!

Behind the scenes of the @digiorno #CrispyPanPizza commercial! Thank you x10000 to the amazing @nestle team and everyone who helped bring this project to life! 🍕🍕🍕
BTS Filming: @likebliss + @aj_outloud
BTS Photo: @leotrajanophoto

2020 Fisker Emotion - Behind the Scenes [EXCLUSIVE]

Much love and enjoy!!

Weekly Wrap-up: Vendetta Studios first project of 2018 has been EVERYWHERE! Thank you to our amazing client Fisker for trusting in our vision, and grateful for all the publications, blogs and news outlets that have been sharing our work! This is just the start!

HOW TO MAKE A PIZZA COMMERCIAL 🍕

🍕 We Directed / Produced a huge commercial series for DiGiorno Pizza!! Check out what it takes to bring a big Pizza Commercial to life! (Share / Like / Comment Below 👇)

All new VENDETTA hats in stock now!!
.
Use the code HOLIDAY to get 20% off 🔥
.
Limited Edition 50 Hats, signed & numbered! Click the link in the bio before they are gone: VendettaStudios.com/Shop
.

Just a casual, highly posed group photo after another successful shoot for #HotWheels 🚗🔥🔥🔥

Newest work with the legendary Danny Trejo for his new movie Dead Again in Tombstone! ☠️☠️

Check out the all new Digiorno Crispy Pan Pizza commercials, produced by Vendetta Studios! Thank you to our entire cast / crew for brining this project to life! P.S: Go try the New Crispy Pan Pizzas, they are delicious 🍕

Be the first to know and let us send you an email when Vendetta Studios posts news and promotions. Your email address will not be used for any other purpose, and you can unsubscribe at any time.

Send a message to Vendetta Studios: 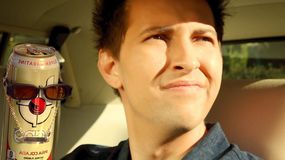 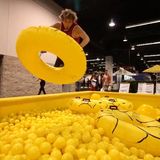 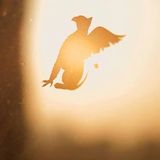 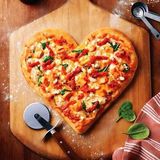 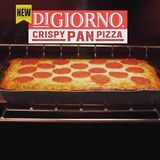 2020 Fisker Emotion - Behind the Scenes [EXCLUSIVE] 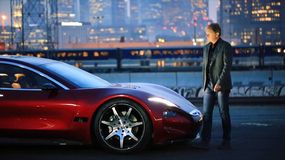 HOW TO MAKE A PIZZA COMMERCIAL 🍕

GET TO KNOW: VENDETTA STUDIOS

How do you make a statement without saying a word.. #Fisker #EMotion #electricvehicle Vendetta Studios
Behind the Scenes of the Fisker EMotion Commercial!
New Fisker EMotion! Henrik Fisker Vendetta Studios
Hey guys check out my entry video to become a 1stphorm athlete. Let me know what you think! Filmed by 🎥 Vendetta Studios and David Lehre
How much yal charge for a video?
New song!!! and Video!!! "LIGHT IT UP" - g-dragon (english cover Güero) 불 붙여봐라!! share and subscribe!! Chad Future, Chad's Travelers, David Lehre & Vendetta Studios G-DRAGON, Tablo, BIGBANG, PSY, YG-Family , B.A.P , JDRelic, SE7EN, EXO-K, 소녀시대(Girls' Generation), 유키스(U-KISS), WONDER GIRLS, !! Check this out!!!!!!
could you unblock me on your personnal page (suscriber)?
Why did you have blocked RG?
EXCITING NEWS! Working on a HUGE MV for the New Single w/ KPOP Producer JDRelic (UKISS, SM). Directed by the amazing David Lehre & Vendetta Studios (American Idol, Coca-Cola, Jason Derulo). I can't wait to share it with the world!
I'm BIG fans david lehre I like it...... i'm from imdonesian... GBu..
WORLD PREMIERE! HERE IT IS!! My debut MV "Forever & A Day" Please head to youtube and comment, like and support!! SHARE with EVERYONE!!! THX for the support! http://www.youtube.com/watch?v=sTEC9xQMuDE
I've loved you guys since i first saw Myspace: The movie, which was about 8 years ago. I'll be in San Diego March 16th-March 19th. I'd love to get a chance to audition for you.
x

Other Film & Television Studios in Los Angeles (show all)