METal International brings together alpha leaders in the Media / Entertainment / Technology space focusing on helping members achieve their goals by pushing each boundaries in a community of respect and camaraderie.

METal is an exclusive gathering of and for dynamic entrepreneurs and change-makers in the media, entertainment and technology space. Our events range from talks with high-profile thinkers to connecting ideas and collaboration in our community.

Make sure to RSVP for Saturday's COED METal!
http://metal.pingg.com/PlanetNine

If you are in Los Angeles this Saturday, RSVP & come to Saturday's METal.. We are focusing on the 9th planet - http://metal.pingg.com/PlanetNine

Make sure to RSVP for Aug 26th COED METal
http://metal.pingg.com/PlanetNine

Make sure to RSVP for this week's METal with guest speaker Robert Tercek
http://metal.pingg.com/OverratedReality

We are seeing Dunkirk today (Aug 12) at 7pm at the ArcLight Sherman Oaks at 7pm.. Please join us

Billionaire John Paul DeJoria had a tough childhood, working his first job at age 9, bouncing into a foster home and then getting caught up in a Los Angeles street gang. A high school teacher even told him he was “least likely to succeed.” So it was devastating to be homeless at age 22 and 35. “Rent was overdue, and you know, a couple weeks later I was out there hustling, getting a job, picking up Coke bottles along the way, cashing them in, two cents for a little one, five cents for big one. And we ended up on the street for a few days there.”

Please make sure to RSVP for this week's METal with special guest speaker Oren Klaff - http://metal.pingg.com/HowAttentionWorks

Known worldwide for pursuing an incredible list of 100 Things that he wants to achieve before he dies, Sebastian Terry’s story is surprisingly not about a bucket list. It’s about something far more powerful. Affected by a curious mind and the death of a close friend, Sebastian experienced a moment in his life where he asked himself a simple question; ‘Am I happy?’. The answer was NO, and so he decided to pen down a list of 100 Things that he’d always wanted to achieve. Following his heart and armed with nothing but a list, Sebastian's incredible story has grown from an entertaining tale of adventure into a global philanthropic movement connects those who NEED help to those who CAN help.

And Shelita Burke will talk about "Growth Hacking."

More information and RSVP at http://metal.pingg.com/LifeList 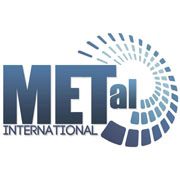 Blog | TREP-ology | Every journey starts with a single Trep

METal is an exclusive gathering of and for dynamic entrepreneurs and change-makers in the media, entertainment and technology space. Our events range from talks with high-profile thinkers to connecting ideas and collaboration in our community.

A Very METal Thanks!

The METal Family put together a wonderful tribute to me (Ken Rutkowski).. I honored!!!

The End of Hollywood with Robert Tercek (http://bit.ly/Robert-Tercek)

Robert Tercek’s unique views on managing innovation are sought by organizations around the world. His motto is “Inventing the Future.” He is passionate about inspiring audiences to seize their own destiny by thinking creatively and taking decisive action. His business strategies are informed by his personal experience as a pioneering executive for MTV, Sony and OWN, and as an entrepreneur in disruptive startup ventures. Throughout his 25-year career, he led teams to achieve major milestones, including the launch of breakthrough products on every digital platform. Rob was named one of the “25 Executives to Watch” by Digital Media Wire. The Industry Standard dubbed him the “TV Anarchist”. Find out why the world’s biggest companies and startup ventures rely on Rob’s views to guide them through an evolving competitive landscape.

For more information about this event, please at http://bit.ly/METalEvent03052016

Here are a few links regarding today’s presentation / speakers:

1. Sunday’s METal Hike will be at Eagle Rock in Topanga Canyon, Hike begins at 10am shape… We meet around 9:30am - fulling details & directions:
http://metalinternational.com/events-website/sunday-hikes-website

2. Next week’s COED Night METal with special guest speaker Ken Kragen - Hurry & get your RSVP in ASAP.. this will fill up fast:
http://metal.celebrations.com/OldSchoolBusiness

Links for stuff mentioned in the presentation

Countries where you don’t need to leave a tip - http://etiquette-by-country.findthebest.com

Treats of a REAL Friend (make sure you are all of these!)
They call us out when we're in the wrong.
They really listen.
They make us want to be better people.
They practice forgiveness.
They make the friendship a priority.
They have our backs, even when life gets complicated.
They keep us humble.
They keep our stress in check.
They support us through adversity.
They are always present.
They push us to be more accepting of ourselves.
Thank you so much for being part of this amazing / wonderful community!

The digital revolution has blanketed our cities with a vast network of electronic devices - sensors, mobile phones and microcontrollers to name a few. These enable government and the private sector to deploy smart grids, real-time transit initiatives and more efficient emergency evacuation systems. Yet these forces of Big Data have also created an entirely new and dynamic role for citizens, start-ups and artists: the networked city is the next great platform for interactive engagement, business building and rapid prototyping.

Peter Hirshberg is at the forefront of an ‘urban prototyping’ movement which envisions new opportunities for connecting people with place, encouraging citizen participation in governance and building businesses around geo-located information. He is pioneered civic innovation programs in San Francisco and Singapore, have addressed the UN General Assembly on the application of big data to global economic development, and are now creating new media, art and data properties to make neighborhoods more engaging and attractive to economic investment.

Peter Hirshberg is a long time silicon valley executive, having led Enterprise Marketing for Apple, Inc, served as Chairman of social media pioneer Technorati and stated and sold several internet companies. He’s founder and Chairman of San Francisco’s Gray Area Foundation for the Arts which has is leading programs and exhibits worldwide at the intersection of technology and the arts

Be the first to know and let us send you an email when METal International posts news and promotions. Your email address will not be used for any other purpose, and you can unsubscribe at any time.

Send a message to METal International:

Are you looking for a dynamic speaker who will change the lives of your audience forever? Well, look no further. Deke has been inspiring crowds for over a decade at speaking engagements for organizations like the International Association of Outsourcing Professionals World Summit, TEDxAugusta, the Robin Hood Foundation Veterans Summit, and METal International. To book Deke Copenhaver as a speaker, go to Deke-Copenhaver.com #thechangemaker #leadership #changemakers