Science of Dreams: What is Sleep Paralysis?

A new episode with Healthline : What Is Sleep Paralysis?
https://www.youtube.com/watch?v=wW9l5dqRknU

What happens when the mind wakes up but the body is still asleep? Sleep paralysis is a chilling experience for those who face it. Learn more from our three e...

How A 17-Year-Old Girl Outsmarted A Vicious SK 🚲

How A 17-Year-Old Girl Outsmarted A Vicious SK 🚲

We learned so much from pie-making extraordinaire, Nicole Rucker! Our major takeaways? To host a Blindfold #CrimpingChallenge this season and taste our pie dough before baking it. If you want to make this recipe at home, check out the steps below and be sure to use Miyoko’s European Style Cultured Vegan Butter for the best taste and texture!

We learned so much from pie-making extraordinaire, Nicole Rucker! Our major takeaways? To host a Blindfold #CrimpingChallenge this season and taste our pie d...

A Match Made in Heaven

The secret ingredient for flavor: Miyoko’s butter of course! 🌶 Learn all about this tasty take on chili oil from Chef Richard Chang on this week’s episode of Making it Butter & Vegan.
https://www.youtube.com/watch?v=KXoFgXq13_U

Science of Dreams: What are Lucid Dreams?

How can we recognize a dream while we're in it? This is lucid dreaming and the science behind it. Bestselling author Dr. Matthew Walker, sleep researcher Dr....

The Laci Peterson Case: How It All Went Down 🎄

The Laci Peterson Case: How It All Went Down 🎄

Science of Dreams: What Are Nightmares?

What are nightmares and how can we learn to flip the script after we have one? Hear from bestselling author Dr. Matthew Walker, sleep researcher Dr. Raj Dasg...

Science of Dreams: What Is Sleep?

Very excited for this to come out! Loved working with Healthline and learning about DREAMS

What is sleep? When in our sleep cycle do we dream? Three experts weigh in for Healthline’s first episode of the Science of Dreams original series: Dr. Matth...

How Do YOU Perceive Time? ⏰

How Do YOU Perceive Time? ⏰

My FIRST EVER Photoshoot! | Genesis Butler

In this episode I am bringing you along on my first ever photoshoot - eep! Let me know what you think in the comments below!🌼 ABOUT ME 🌼Hi Heroes! I’m Gene...

Aspiring Model Almost Terminates Neighbors For A Block Of CHEESE 🧀

Aspiring Model Almost Terminates Neighbors For A Block Of CHEESE 🧀

America's Favorite Reality TV Show Is Based On A Lie 🎤

America's Favorite Reality TV Show Is Based On A Lie 🎤

For more check out: https://www.millionstories.com/On this episode of #GeorgeGoesEverywhere, George travels to Philadelphia visiting over 30 historical sites...

WORKOUT LIKE A VEGAN! with Bodybuilder Nimai Delgado | Genesis Butler

In this episode, plant-based bodybuilder Nimai Delgado teaches me how to get swole!🌼 ABOUT ME 🌼Hi Heroes! I’m Genesis, a 14-year-old environmental and anim...

A New Age Spa for Dogs

My mouth is watering at these maple butter yams 🍠 😍 #recipeoftheday

Does Google Have Proof That Aliens Exist? 👽

Training The Most Talented Tabbys

Wags to Riches is too purr-fect

The Curious Case Of Julie Williams 🤔

They Were The First-Documented Serial Slayers In The US 😱

Can you say breakfast goals? We can't stop drooling over this Tofu Eggs Benedict our friend Eddie Garza made! The creamy vegan hollandaise is made possible t...

Be the first to know and let us send you an email when Pollution Studios posts news and promotions. Your email address will not be used for any other purpose, and you can unsubscribe at any time.

Send a message to Pollution Studios: 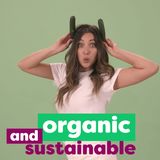 Pollution Studios Virtual Tour Need to rent a stage for your next production? Hit us up: [email protected] 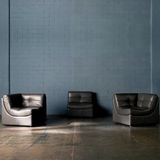 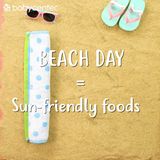 There was a lot of snacking on this set!

Had a fun time on Scary Mommy set with Mary Elizabeth Ellis and Melissa Fumero.

Behind the scenes from the launch event we threw for the release of Vegan Yack Attack's new cookbook #VeganBowlAttack! Sponsored by SoDelicious and featuring some of our favorite food bloggers, youtubers and social media influencers, we were absolutely blown away by the community support for Jackie and her book.

Check out our studio! Our good friends at Wrapal made this awesome video of Pollution to help celebrate the launch of their badass new locations website. They're like the air bnb of film location rentals and we're absolutely blown away by their work.

#LittleTrump is back! Donald Trump's speech to the Republican National Convention, as told by a 7 year old. By Pollution.tv for Funny or Die