Owned and operated by Michael J. Bezjian, MJB Studios provides a full range of photography studio services. We literally "bring the studio to you".Clients include Kids Line, Disney, Kandy Wrappers, Sabra, Jenny Han, Michelle Jonas, SkinAgain, Beautiful Addiction and others. We bring the studio to our clients for both long and short term use. Kids line has enjoyed a long term in-house studio owned

Owned and operated by Michael J. Bezjian, MJB Studios provides a full range of photography studio services. We literally "bring the studio to you".Clients include Kids Line, Disney, Kandy Wrappers, Sabra, Jenny Han, Michelle Jonas, SkinAgain, Beautiful Addiction and others. We bring the studio to our clients for both long and short term use. Kids line has enjoyed a long term in-house studio owned

It's now easier to send TAP House La a message.

It's now easier to send TAP House La a message. The Artists Report spends some time with Darren Barnet. Ryker and Reese get a chance to see what he has been up and tries to take on the Never Have I Ever Ti...

Please subscribe and stay in touch with artists who give their time to help the arts.

Seasoned actor Gareth Williams spends some time with our hosts. Ryker gets the low down on what Gareth has been up to. They talk about Gareth's own productio...

Seasoned actor Gareth Williams spends some time with our hosts. Ryker gets the low down on what Gareth has been up to. They talk about Gareth's own productio...

Check this out TAP followers. Could this be for you? Victoria Summer is awesomely talented. Here is the link to get tickets: http://sanctuary.fashion/march7th/get-tickets-now/?fbclid=IwAR3OARKYM140OSeVWNJ_EyW5Ot5jk3xQLyH0cN6XjaKCQyR-J0UG8iCqQ8Q

We support Winn Slavin Fine Art please follow them and contact us to receive a free head shot session for you or a struggling actor you might want to help. Cheers and have a great new year.

The Plaidcast EpisodesPlaidcast #101 – California Fires – Dalia Macphee Sponsored by Go Jump Racing December 9, 2018 LISTEN NOW! To listen to the Plaidcast, you can use the player below, the Horse Radio Network iOS App, Android App, Stitcher, iTunes, Google Play Music, or your other favorite pod...

Thanks John Salley for sharing in VSS awareness at TAP studios!

Thanks to Brittany Curran who came in to TAP STUDIOS LA to share in Awareness of Visual Snow Syndrome.

A great day of shooting 📷 Giving back to the artists and to the - Together we raise awareness for - Let's find the cure!
"Collaborate, Educate and Cure"

Great way to get rid on student loans!
http://www.studenthelpagency.com

AEE has the best

Thank you so much to today's sponsor AEE Technology Inc.

if you'd like to support our cause, please "Share" and select "This belongs on CNN" at the end of the article. Thank you so much! http://ireport.cnn.com/docs/DOC-1263391

When you’re a starving artist, the idea of the expense of updating your headshots every 6 months can be daunting but one of the more critical things you can do for your career. It can be cost prohibit...

Thank you to all who have supported us!

Banjo picker Stephen Lester stepped off a Greyhound bus from Asheboro, North Carolina, earlier this year without money in his pocket but with dreams of making it in the music business. When he started performing outside Burbank Town Center for meal money, someone mentioned that if he needed professi…

We are going to be moving most of our activity to Instagram...please follow us there. https://instagram.com/thestarvingartistsproject/

Artists helping Artists We produce press portrait sessions for celebrities and donate the day to Starving Artists to help kickstart their careers.

We are a nonprofit 501c 3 We take portraits of artists who have "made it" so struggling artists never have to pay for head shots again. We mentor and help new artists to with outreach to the entertainment community for services and education.

Shooting secret project for JW Marriott, all will be revealed April 1.

More Mentor Videos have been uploaded. We'd love any feedback you can give us.

We produce celebrity press portrait sessions and donate the remainder of the day to struggling artists to help kickstart their careers with head shots. Video...

Andy Dick (The Andy Dick Show/NewsRadio) graciously visited The Starving Artists Project for a photo shoot in February, 2015. During the event he revealed so...

Be the first to know and let us send you an email when TAP House La posts news and promotions. Your email address will not be used for any other purpose, and you can unsubscribe at any time. 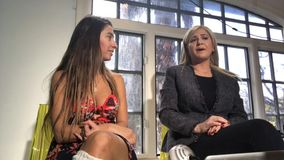 We’re honored to have the support of awesome actor and singer James Maslow in the fight to ! All around the globe, thousands of people have to deal with the debilitating effects of . Donate TODAY to help fund for a cure. Reminder that until January 31st, every donation you make will have TRIPLE the impact. http://www.crowdrise.com/VisualSnowInitiative

TAP Studios La
Happy and thank you hunger heroes! USC Helenes, TAP Studios La and Disney donated their time and energy this weekend to help us feed hungry people in our community. Together
Thanks to Taylor Hay's charity event for to raise money for ! MJB Studios for the ✔👏 http://www.wireimage.com/search/?q=Laci%20Kay/[678661317]&ep=1/60/1&s=3
Keep it open loves! The Starving Artists Project
Workshops located @ MJB Studios.
How do we get in touch with you to make an appointment?
Congratulations on your fabulous article! Wonderful to be giving back!
The child in me
http://www.youtube.com/watch?v=1BRavY2OOGE&list=UUKkHpjCDBRKd-DqAjPCDTZA
MJB Studios
H&M
:)
WORKING TO LEGALIZE CALIFORNIA 2016!!!
T'S HERE THE NEW SHORT FILM ABOUT CZECHS WITH DECKS!!!

This is the world famous documentary on the world's greatest DJ duo ever and their rise to fame! CZECHS WITH DECKS. Directed by famed icon Gustavo Rockenstien for his series in canada about the icons of EDM music, This is the true story of Jorgan and Gorlel the two biggest DJs in the world and the ups and downs of being the creators and the reason EDM music is here today. Their story is told by friends and family....... There is a trailer for the CZWD's new TV series before the film called BEHIND THE BADGE!!!


What kind of critter was that blue sea Dragon looking think in a hand. Proper name
x