We are pleased to welcome Liza Keckler to our team!

Carson Daly on New Year’s Eve, and ‘Crossing the Finish Line Together’

Carson Daly on New Year’s Eve, and ‘Crossing the Finish Line Together’

Carson Daly, who also helms NBC’s ‘The Voice’, has been hosting this New Year’s Eve celebration for the past 14 years.

New Year's Eve is only days away, and as always Carson Daly is ready to take over Times Square in New York as the host of NBC's New Year's Eve With Carson Daly, airing at 11:30 p.m. ET/PT on Dec. 31.

10 days away! Join us on NBC for a special NYE performance from Pentatonix!

JLo joins our NBC New Year's Eve Production! Alicia Keys, Pentatonix, Blake Shelton, and JLo are all confirmed to perform for Cozy up and Tune-In on Dec. 31 @ 11:30pm!

Comedy legend Dana Carvey returns to the stage with a host of new impressions and a few familiar voices, covering the joys of aging, pharmaceuticals, millenn...

Want to know what goes into making a daytime conflict-resolution show? It’s a difficult process that requires a lot of hard work, specific casting, and making sure you have the right people in every job. Yet, in the end these shows, when pulled off properly, can be some of the most successful on TV....

The Robert Irvine Show is a national daily conflict resolution talk show which airs on Tribune owned stations and the CW.

Congrats to all of the #Emmy winners and nominees! We've had a chance to work with a lot of you and we applaud your talent!

HOUSTON — Celebrity chef, Robert Irvine is putting aside the pots and pans and is focusing on his new talk show, ‘The Robert Irvine Show’. The show debuts, Monday, Sept. 12th, a…

Today! Don't miss the premiere of our new show w/ Chef Robert Irvine. Check here to see where you can watch the show on The CW! http://therobertirvineshow.com/where-to-watch/ 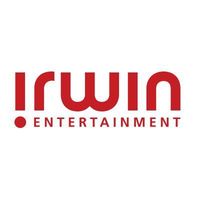 'The Robert Irvine Show' to Premiere on The CW Sept. 12 | Broadcasting & Cable

Our latest program, 'The Robert Irvine Show,' will premiere on The CW on Sept. 12 @ 3pm.

Produced by Tribune Studios in affiliation with producer John Irwin and Irwin Entertainment, along with Robert Irvine Productions. Andrew Scher will executive produce.

The past few weeks have served as an introduction of sorts for E!’s “Famously Single,” but over the coming weeks, be prepared to see the drama and the conflict between…

In an all-American special, comedian Jim Jefferies takes a mischievous look at the nation's favorite word -- and the prospect of a President Trump.

We are very excited to announce our next Series, a Daytime Talk Show with Chef Robert Irvine for The CW. Congrats team!

Celebrity chef Robert Irvine is setting aside his pots and pans for his latest TV series, a “Dr. Phil”-esque talk show from Tribune Studios to air on CW stations. “The Robert Irvi…

More #RedNoseDay behind the scenes fun!

Wow what a night, over 30 million raised. West Coast tune into NBC, it's your time to donate! 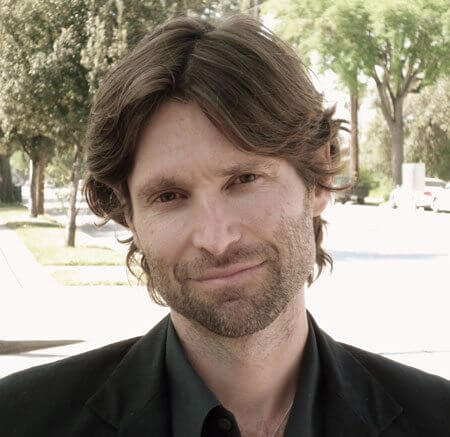 Exclusive interview with the 2016 Red Nose Day Special executive producer John Irwin on what viewers can expect, the celebrities attached, and the funds raised through the program.

You won't want to miss this! Please visit http://rednoseday.org/ to donate.

The second annual Red Nose Day Special on May 26 broadcast on NBC will bring together an all star lineup of talent including Ellen DeGeneres, Ludacris, Zac Efron and more to help raise money and awareness for children living in poverty.

Elton John, Julia Roberts, Will Ferrell, Blake Shelton and Kobe Bryant are among the more than 65 stars who are coming together to have fun, raise money and change lives on “The Red Nose Day Special,” airing on Red Nose Day, Thursday, May 26

Produced by Irwin Entertainment, #RedNoseDay is only 2 days away! Don't miss the live-telecast, Thurs. May 26 @ 9pm!

Just 15 days away from Red Nose Day! Busy busy at the Irwin offices prepping for this huge event!

Produced by Irwin Entertainment, Red Nose Day, the campaign to help kids living in poverty, is returning to the U.S. for the second time with a star-studded NBC event on May 26. Tune-In and donate!

As Red Nose Day gets ready to return to the U.S. for the second year, the charitable campaign is revealing some of the stars set to participate in its May 26 NBC special.

Jokes aside, how does a comedy special get made?

In Expert Witness, The A.V. Club talks to industry insiders about the actual business of entertainment in hopes of shedding some light on how the pop-culture sausage gets made.A comedy special certainly lives or dies on the strength of a comedian’s jokes. That’s undeniable. What’s also true, though,

This June, 8 notoriously single celebs are going all out to find "the one." Watch the drama unfold when "Famously Single" premieres June 14 at 10|9c on E!

This June, 8 notoriously single celebs are going all out to find the one. Watch the drama unfold on when "Famously Single" premieres June 14 at 10|9c on E! S...

Comedy Central just announced a round of new hourlong standup specials. In a press release today, the network revealed that new standup specials will air next month from Nikki Glaser, Daniel Tosh, Rachel Feinstein, and @midnight host Chris Hardwick: The month-long celebration of all things stand-up…

More details for E!’s new reality show Famously Single are released, including the premiere date and the cast, including Josh Murray and Pauly D.

Be the first to know and let us send you an email when Irwin Entertainment posts news and promotions. Your email address will not be used for any other purpose, and you can unsubscribe at any time.

OWN: Oprah Winfrey Network has set a March premiere date for its #unscripted series "Love Goals" from producer Irwin Entertainment