kaleidoscope [kuh-lahy-duh-skohp] :
a quick and colorful glimpse into fragmented topics handpicked for your listening pleasure. The dictionary defines kaleidoscope as 'a continually shifting pattern, scene, or the like.' Another entry states that it is 'any complex pattern of frequently changing shapes and colors."

It comes from the Greek 'kalos' (beautiful) + 'eidos' (form). In short, it is a beautiful form. Kaleidoscope was created to provide a space where anyone can have an enlightening dialogue about pretty much anything under the sun. We believe that an open and illuminating discourse is the best way to discover more about the things around us. Whether it’s about love, culture, or just about every day l

It comes from the Greek 'kalos' (beautiful) + 'eidos' (form). In short, it is a beautiful form. Kaleidoscope was created to provide a space where anyone can have an enlightening dialogue about pretty much anything under the sun. We believe that an open and illuminating discourse is the best way to discover more about the things around us. Whether it’s about love, culture, or just about every day l

We just sat down with multi-platinum record producer Andrew Lane in his studio in Burbank, California for an exclusive interview with Kaleidoscope. Can't wait to share his inspiring message with you in our upcoming episode! 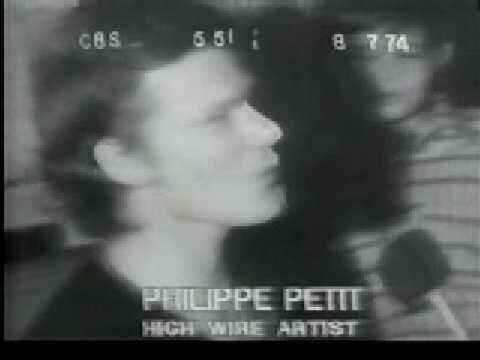 Philippe Petit walks on a tightrope between the Twin Towers of the World Trade Center. In this episode of Kaleidoscope, Virgelia Villegas, president of Virgelia Productions and the producer of Miss Asia USA and Miss Latina Global, opens up in this exclusive interview.

Thanks for helping Kaleidoscope reach its first thousand likes! A milestone to celebrate, indeed!

Look who stopped by our studio! Ms. Virgelia Villegas talks to Kaleidoscope for an exclusive interview.

"What's Going On" All Star Tribute

Father, father
We don't need to escalate
You see, war is not the answer
For only love can conquer hate ♪ ♫ ♪

"What's Going On" is a song by American recording artist Marvin Gaye, released in 1971 on the Motown subsidiary, Tamla. Originally inspired by a police brutality incident witnessed by Renaldo "Obie" Benson, the song was composed by Benson, Al Cleveland and Gaye and produced by Gaye himself. May His peace that transcends all understanding comfort our hurting brothers and sisters in Syria and the Middle East.

This Ivory Coast Buttocks Dance was Twerking before Twerking | @pritheworld

"Too often our world is divisive and cruel where it needs to be uniting and loving. We have the potential to help people out of poverty, out of disease, out of slavery, and out of conflict. Too often we turn the other way because we think there’s nothing we can do. If we took the time to learn more about different places and people, perhaps we would have more empathy for each other. I’ve seen so many lives turn around from the impossible. I have come to embrace the idea that even the simplest act of understanding, love, and attention can produce the biggest results." - Alicia Keys

Alicia Keys: Many things inspire me. First and foremost, my family, my husband, and our son, Egypt. I find that the love we share fills me up and makes me see and appreciate life in a different way. I’m also inspired by many of my friends, colleagues, and the extraordinary people I’ve been fortunate...

Celebrate the work of your hands this Labor Day!

Enjoy the fruits of your labor as you celebrate #LaborDay today!

What would YOU like us to feature in a future episode of Kaleidoscope? This is a show for YOU, so tell us, and we'll work on it!

Everyone Needs To Read This

“To invent your own life's meaning is not easy, but it's still allowed, and I think you'll be happier for the trouble.”

Bill Watterson retired from writing and drawing "Calvin & Hobbes" about 18 years ago, but the timelessness of his message -- to always remain thoughtful, imaginative, and playful -- will stick in our culture forever, if we're lucky. Case in point: Cartoonist Gavin Aung Than, who pens comics...

"Friday I'm in Love" by The Cure

Monday, you can fall apart
Tuesday, Wednesday, break my heart
Thursday doesn't even start
It's Friday; I'm in love

"Friday I'm in Love" is a worldwide hit by British rock band The Cure. It's the second single from the album Wish (1992).

Kaleidoscope Episode 002: I Called Myself Cassandra

Keep sharing folks! We've got a lot more for you!

In this episode, Lou talks about her upcoming book, I Called Myself Cassandra. Featured Music: 'La Vie en Rose' by Louis Armstrong Pachabel's Canon in D 'The Balled of Keenan Milton' by Devendra Banhart 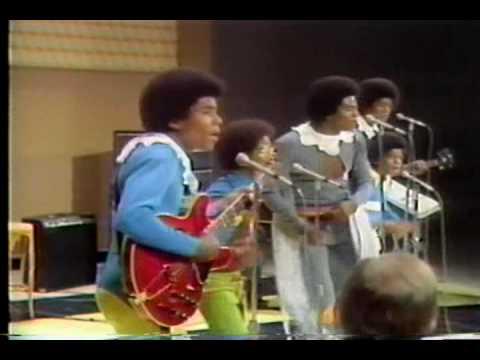 Music sensation Michael Jackson, the King of Pop, is born #onthisday in Gary, Indiana in 1958.

Jackson began performing with his four brothers in the pop group The Jackson Five when he was a child, scoring its first No. 1 single in 1969 with "I Want You Back."

The Jackson 5 preform I Want You Back on their "Goin Back To Indiana" TV special in 1971.

#OnThisDay, in the year 1987, "La Bamba" becomes a #1 hit for Los Lobos and, posthumously, Ritchie Valens after the most famous plane crash in music history, which would be dubbed as "the Day the Music Died."

Richard Stevens Valenzuela was a 17-year-old San Fernando Valley high school student when he adapted "La Bamba," a traditional folk song from Veracruz, Mexico, into the vernacular of rock and roll. In climbing to #22 on the Billboard pop chart in January 1959, "La Bamba" became the biggest Spanish-language rock and roll hit in history. The release of the hugely successful Hollywood biopic La Bamba sent the song from which it took its title on a second run up the pop charts, culminating in its ascent to the #1 slot on this day in 1987.

"His words belong to the ages, possessing a power and prophecy unmatched in our time," Obama said of King. "We rightly and best remember Dr. King's soaring oratory that day, how he gave mighty voice to the quiet hopes of millions."

Probably the most famous speech of the 20th century by Martin Luther King on Wednesday, August 28, 1963, at the Lincoln Memorial in Washington DC.

Commemorating the 50th anniversary of Dr. King's 'I Have a Dream' Speech, which was a defining moment in the American civil rights movement. #mlk

Kaleidoscope Episode 002: I Called Myself Cassandra

Listen to the latest episode of Kaleidoscope, featuring author Lourdes Duque Baron, who finally reveals details about her upcoming book, I Called Myself Cassandra.

In this episode, Lou talks about her upcoming book, I Called Myself Cassandra.

Putting the finishing touches on the second episode of Kaleidoscope! We'll put it up in just a few, so stay tuned!

This Friday, we will broadcast Kaleidoscope's second episode featuring internationally published author Lourdes Duque Baron, who will finally reveal more about her upcoming book I Called Myself Cassandra.

Here she is in studio. #mictest

Two weeks ago, Lou and Cal broadcasted the Pilot episode of Kaleidoscope, introducing it as a new platform for colorful conversations that hopes to engage any listener. 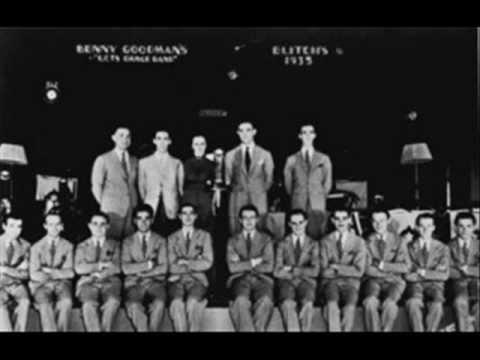 Benny Goodman at The Palomar Ballroom in Los Angeles, CA (1935)

The sound of #swing, which utterly dominated the American popular-music scene in the late 1930s and early 1940s, instantly evokes images of tuxedo-clad Big Bands and dance floors crowded with exuberant jitterbugs dancing the #Shag and the #LindyHop. While the roots of swing music clearly lie in earlier forms of jazz—and particularly in African-American jazz performance styles—swing as we know it may just have been born at a specific time and in a specific place, with an electric performance by one particular Big Band for one particularly enthusiastic audience. The time and place was August 21, 1935, at the Palomar Ballroom in Los Angeles, California, where Benny Goodman and his band emphatically opened the Swing Era with an exuberant performance witnessed by thousands of young fans in the live audience and millions more tuning in to a live radio broadcast.

Many say this broadcast was the dawn of the swing era. 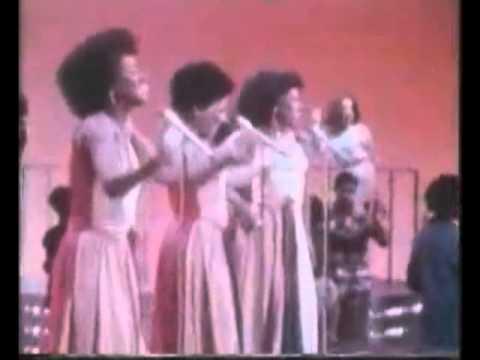 The Emotions' smash hit, "Best of My Love," which topped the Billboard pop chart #onthisday in 1977, was one of the biggest, most spine-tingling hits of the #disco era.

"Best of My Love" is a disco song by The Emotions released as a single from their album Rejoice (1977). The song was composed by Maurice White and Al McKay of Earth, Wind & Fire.

We broke our 200th mark last night! Thanks for all the 'likes' folks!

We're excited to interview THE Ms. Virgelia Villegas of Virgelia Productions (producer of Miss Asia USA and Miss Latina Global) tomorrow for an upcoming episode of Kaleidoscope. We'll ask her what's going on in the pageant world, and how she defeated Donald J. Trump in court.

Be the first to know and let us send you an email when Kaleidoscope posts news and promotions. Your email address will not be used for any other purpose, and you can unsubscribe at any time.

Send a message to Kaleidoscope: