Television, ABC, MUCH MUSIC, The CW, VEVO and many more. Founded in 2007, London Alley quickly made its mark on the music video industry. In its short existence, London Alley has produced award-winning videos for the top artists in the industry, including Beyonce, Miley Cyrus, Justin Bieber, Nicki Minaj, Jennifer Lopez, and Ed Sheeran, just to name a few. From conception to delivery, London Alley

Television, ABC, MUCH MUSIC, The CW, VEVO and many more. Founded in 2007, London Alley quickly made its mark on the music video industry. In its short existence, London Alley has produced award-winning videos for the top artists in the industry, including Beyonce, Miley Cyrus, Justin Bieber, Nicki Minaj, Jennifer Lopez, and Ed Sheeran, just to name a few. From conception to delivery, London Alley

Tate McRae - what would you do? (Official Video)

"what would you do?" out now: https://TateMcRae.lnk.to/whatwouldyoudoPRE-SAVE/PRE-ORDER MY DEBUT ALBUM 'i used to think i could fly' before it drops on may 2...

No The Kid LAROI.s were harmed in the making of this video 🙅‍♂️Thousand Miles directed by Christian Breslauer, out now.

The London Alley & Lucky Bastards fams killing it across the pond 🔥 🇬🇧 Closing out 2021 with 6 UK MVA nominations including Best Production Company! Congratulations to James Larese, Christian Breslauer, Sean Bankhead, CameoFX and the rest of the team!

It’s been one big party at London Alley as we celebrate six UK Music Video Award nominations! Every year, industry professionals gather under the UK MVAs to recognize the best of the best with categories honoring the most creative and innovative videos within respective genres, as well as the high...

Welcome to the fam, Carla Dauden. Click the link below to read more about London Alley's newest director.

It’s official: Bi-continental director and storyteller Carla Dauden has joined the London Alley family. The award-winning, São Paulo native has a deep catalogue of impressive commercial, music video, and documentary work, crafted through her devotion to unique and empathetic narratives centered a...

Setting the world on fire with Belly, The Weeknd, Nas, and James Larese.

Best museum trip ever 🌿🌟 "Don't Be Shy" with Karol G and Tiësto from Christian Breslauer, out now.

Watts turned up the heat for Lovehoney ❤️🔥

Welcome to the fam Daniel Russell! ✨ 👊💥

Worst wishes from Nessa Barrett and Hannah Lux Davis 🤍☠️ “i hope ur miserable until ur dead” is out now.

Old Spice Captain, because nobody wants a burnt marshmello. Directed by Christian Breslauer.

We heard there was even a colonial woman on the wing churning butter 🤷‍♀️ “Kiss My (Uh Oh)” from Anne-Marie, Little Mix, and Hannah Lux Davis is out now.

Don’t try this at home. 🔥🧨🏎 “Better Believe” from Belly The Weeknd, Young Thug, and Christian Breslauer is out now.

Run don’t walk – “Run Run” from Shenseea and Christian Breslauer is out now.

Back to the 80s for John Mayer's "Shot in the Dark," directed by Mathew Cullen.

A galactic remix on a magically delicious classic. Watts for Lucky Charms.

H.E.R. plays us into the the long weekend with Freedom for Old Navy, directed by Hannah Lux Davis. ❤️💙

Regard, Troye Sivan, Tate McRae, you might wanna change your passwords. 👩‍💻 You is out now, directed by Courtney Phillips, and edited by Luis Caraza: https://www.youtube.com/watch?v=JENkMJGN2Wk 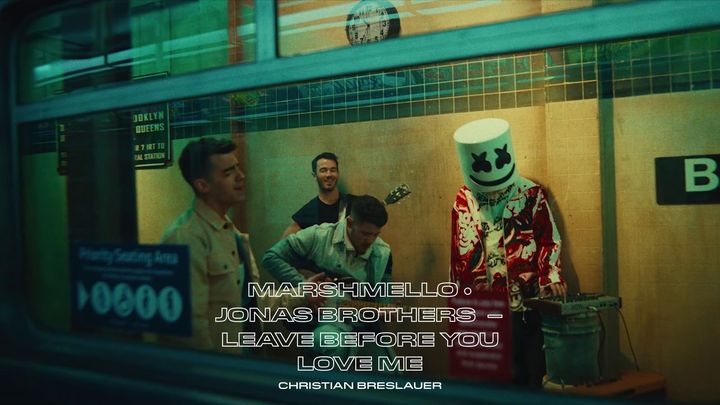 Dancing on the edge with marshmello and Jonas Brothers for Leave Before You Love Me, directed by Christian Breslauer: https://londonalley.com/work/music-videos/jonas-brothers-marshmello-leave-before-you-love-me/

A pop punk paradise for Bebe Rexha and Travis Barker on “Break My Heart,” directed by Christian Breslauer: https://londonalley.com/directors/christian-breslauer/music-video-2/bebe-rexha-travis-barker-break-my-heart/

Christian Breslauer and Bebe Rexha burnin it to the ground 🔥🔥🔥 “Sabatoge” out now. 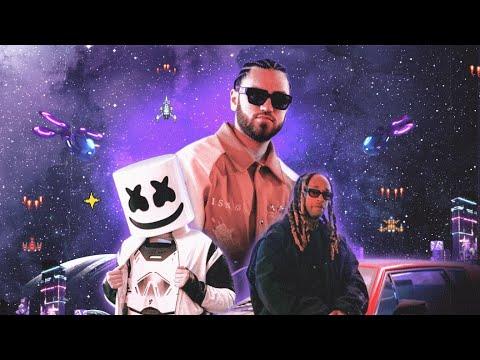 Leveling up with Ali Gatie, Ty Dolla $ign, and marshmello🚀🕹”Do You Believe,” directed by James Larese.

Listen to the new single 'Do You Believe' with Marshmello & Ty Dolla $ign now - http://aligatie.lnk.to/doyoubelieveNew EP 'The Idea of Her' available now - h...

Rewatching the stunning new Ali Gatie video by James Larese and counting down the days until his EP.

Listen to the brand new single by Ali Gatie here - http://www.aligatie.lnk.to/cantletyougoPre-save the upcoming EP 'The Idea of Her' releasing on March 26th ...

If these streets could talk… ⁠⁠

"Streets" from Doja Cat and Christian Breslauer, out now:
https://londonalley.com/directors/christian-breslauer/music-video/doja-streets-3/

No humans were harmed in the making of this video. 💉 Sacrifice from Bebe Rexha and Christian Breslauer is out now.

London Alley - A Game for the End of the World

Congratulations to our directors McCoy | Meyer on the launch of their Kickstarter for Doomlings, a delightful card game for the end of the world.

Hear how this directing duo launched into the world of game design and check out the Kickstarter:

It’s 2019. You’re on vacation, in need of a nap, and wondering what the point of any of this is. What do you do? If you’re directing duo Mccoy | Meyer, you create Doomlings: a delightful card game for the end of the world. The rules are simple—earn the most points by playing the cards…

We’ve all had that one roommate…

Tua Tagovailoa and an AR Christian Wilkins, directed by Kyle Newacheck for NFL and Verizon.

Rolling into 2021 with .✌️ “Dreams” from David Guetta and Courtney Phillips is out now: https://londonalley.com/directors/courtney-phillips/music-video/dreams-3/

Christmas came early at London Alley as we celebrate over a dozen MVPA Award nominations! Every year the Music Video Production Association recognizes the best of the best, with categories dedicated to honoring the most creative and innovative videos from specific genres, to honoring the highest sta...

Be the first to know and let us send you an email when London Alley Entertainment posts news and promotions. Your email address will not be used for any other purpose, and you can unsubscribe at any time.

Watts turned up the heat for Lovehoney ❤️🔥 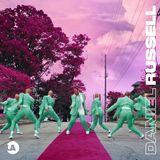 Welcome to the fam Daniel Russell! ✨ 👊💥

Old Spice Captain, because nobody wants a burnt marshmello. Directed by Christian Breslauer. 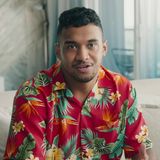 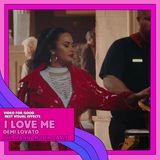 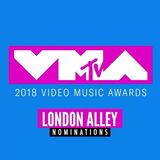 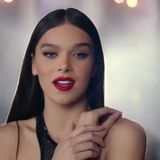 Courtney Phillips with the reverse one-er in the new Trainline commercial! #Trainline #LondonAlley

SUNDAY FUNDAY 🥂🌊 • Calvin Harris - How Deep is Your Love

She had a face straight outta magazine.

Gonna love myself, no I don’t need anybody else. Hailee Steinfeld, directed by Hannah Lux Davis #londonalley 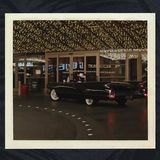 If you caught the VMAs on Sunday you might have seen the premiere of Pepsi's new spot featuring Doja Cat. Thank you to our friends at VaynerMedia for the opportunity to do a modern take on a classic!﻿﻿

Nominated for Best Concept, Doja Cat's ‘Streets’ dark music video hints at female empowerment, defying the notion ‘’she belongs to the streets’’. In this Lucky Bastards and London Alley Entertainment production, we see the artist under the red lights, in a steamy car scene, + some scary black widow action, tangling up the one completely captivated by her into a spider-web. The story ends with Doja resembling a housewife, laying on a couch in a room surrounded by flames, which all turns out to be a fantasy of her taxi driver.

The producers of this piece are Christian Breslauer and Mike Breslauer, Nick Pistone is credited as a line producer and the one responsible for the captivating shots is the DoP Jon Chema.

Not so long ago, we had a chance to interview the director Christian Breslauer - check it out here: https://www.youtube.com/watch?v=ZNG7Erh8JLc

Check out our interview with the lovely Hannah Lux Davis and Eric Wysocki, who are nominated for Best Editor with their work for 'Say So' music video by Doja Cat! London Alley Entertainment

It's time to groove ladies and gents 💃

Nominated in the category Best Editor for our ninth edition, Eric Wysocki gave the perfect 70’s vibes that work efficiently with the disco riffs of Doja Cat's bop 'Say So' released on RCA Records.

This London Alley Entertainment production is perfect to clear your mind and start dancing around whether you are alone in your room or socially distancing with your friends, in a park, on a sunny afternoon.

It’s the FI-NAL Round🔥 Despite the tough decisions to make we complete hereby our selection for 2021. Thank you again to everybody who sent us their videos. We are grateful to have such a creative network. You will find the names closing our 2021 nominees list. Let’s enjoy the Easter chocolates with these video crews 🙌

Yaeji - Waking up down
XL Records
Studio Yotta / US

We’re back this week with another list of 10 more participants who will enter the 2021 festival🔥 Out of 130 entrants we already announced 60 names and we will keep it rolling. More brilliant videos to come 🌝

This Sunday, we gather a round of applause for the talented European video production companies serving us aesthetic delights and moving content!

At the beginning of February, the Berlin Music Video Awards announced TENQ – a segment celebrating ten quality music videos each week, to thank… you! – our valuable network for your trust beyond borders, color, race, language, or any music genre!

As we get cozy to celebrate our 10th anniversary next year, we take out the time to appreciate the storytellers behind-the-scene(s)! In this third segment of TENQ, we get ready to dive into 10 past nominees, presenting not only a compelling narrative but revealing in many ways, the magic of genius production! So, let’s get right into it.

Berlin Music Video Awards stands as a vessel for artists and their art, working tirelessly on having artistic expression appreciated and available for all. This week’s selections not only represent imagination and creativity at their best but also value the teams making it possible. Stay tuned for more – you will be surprised at what the geniuses are all up to!

28 of the Best Made Websites from February 2020

It’s the last day of February, so it’s the perfect time to showcase some excellent website inspiration this time I’ve collected twenty-eight of the best websites that been either made or published during February.

In today’s post, I’m publishing 28 of the best websites that have made that could inspire you for your next website build, as I always like seeing what other developers have been building either for themselves or for a web client.

*All of the websites that been featured on monthly website inspiration are always in no particular order.

So if you want to see what websites I've added to the list, you can visit the link: https://wp.me/p7VKcR-bX8

#2021
•BIG ANNOUNCEMENT•!•last year on 2/10 we had the MAKE OUT PARTY at School Night -well it’s a year later (wow) so i decided to do something very special•you are cordially invited to join me for the world premiere of my music video for MAKE OUT!•I will be playing a live solo set of almost entirely new material from the main stage at The Hotel Cafe , and then we’ll be premiering this mob movie music video extravaganza!•i had the distinct pleasure of collaborating with creative monster, London Alley Entertainment ‘s own Iván Ovalle, and his incredible team on this•ALSO I’M TURNING DIRTY 30 so let’s party💋•get your tickets immediately and tune in from the safety of your home!•I CANNOT WAIT TO SHOW YOU•🔪