UCLA's independent, student-run newspaper since 1919. Find us on news stands around campus, on Twitt Since 1919, The Daily Bruin has served as UCLA’s premier source of campus news for students and members of the university.

The paper has published each school day of the year since the mid-1920s. The Bruin is now the only five-day paper serving a University of California campus. Countless alumni from The Bruin have gone on to work for top daily newspapers and news organizations around the world. Bruin alumni have gone on to receive four Pulitzer Prizes and a Nobel Peace Prize. In Kerckhoff 118, the Daily Bruin’s centr

The paper has published each school day of the year since the mid-1920s. The Bruin is now the only five-day paper serving a University of California campus. Countless alumni from The Bruin have gone on to work for top daily newspapers and news organizations around the world. Bruin alumni have gone on to receive four Pulitzer Prizes and a Nobel Peace Prize. In Kerckhoff 118, the Daily Bruin’s centr

The Bruins’ season came down to a third-set tiebreaker. But despite forcing a decisive set, No. 3 seed UCLA beach volleyball’s court one pair couldn’t emerge victorious over No. 5 seed Florida State. With the loss, the blue and gold failed to make the NCAA championship final for the first time since 2017.

It came down to court one. And, despite a third-set lead from their top pair, the Bruins will not be playing in the final dual of the season for the first time since 2017.

Dozens of protesters assembled outside Kerckhoff Hall on Friday to support nationwide abortion rights. On Monday, an anonymous whistleblower leaked a draft majority opinion from the United States Supreme Court that indicated the court may overturn a previous ruling on the Roe v.

No. 3 seed UCLA beach volleyball will need to win an additional dual for its third title after being swept by No. 1 seed USC in the National Collegiate Beach Volleyball Championship winners bracket final. The blue and gold will have a chance at a rematch against USC in the NCAA tournament final if it wins the elimination bracket Sunday.

Musicals are encouraging others to sing their heart's desires.

In the latest installation of "Cinematic Culture," Arts contributor Alexis Jones examines how musical films blur the lines between reality and fantasy, allowing audiences to connect with characters and themselves.

From lighthearted rom-coms to blood-curdling horror flicks, movies tend to follow a formula for storytelling made successful by the predecessors of their genres. Given the recurring character and narrative archetypes that characterize each genre, people have come to know and identify with these trop...

A season ago, the Bruins triumphed over the Cardinal to earn a spot in the NCAA championship game. But Saturday was a different story, as No. 4 seed UCLA women’s water polo saw its season come to a close at the hands of No. 1 seed Stanford.

For the 12th season in a row, the Bruins are coming home empty-handed. No. 4 seed UCLA women’s water polo (24-6, 4-2 MPSF) was knocked out of the NCAA tournament in the semifinals by No.

Jack Harlow was not able to upgrade his sophomore album to first class.

The answer to “What’s poppin’?” is not Jack Harlow’s latest album. Sitting at 45 minutes, the Kentucky rapper’s sophomore album, “Come Home The Kids Miss You,” boasts a hearty 15 tracks with features from some of hip-hop’s most illustrious titans, including Drake and Lil Wayne.

Q&A: Lead actors of 'Along For The Ride' discuss character development and chemistry - Daily Bruin

"Along for the Ride" is celebrating the little things in life.

With Sarah Dessen's novel-turned-film released on Netflix Friday, the Daily Bruin spoke with the cast about character development and the film's themes.

‘She Goes by They/Them’: Institutions must be reimagined to better support neurodivergent, LGBTQ+ communities - Daily Bruin

"Neurodivergent and queer communities have long been pushed to the margins, if not erased completely, and it has only been with evolutions in communication technology that we’ve been able to find one another." via Daily Bruin Opinion

“‘She Goes by They/Them’” is a recurring series by Payton Kammerer, a nonbinary editor for the Opinion section. In these columns, they will be exploring a variety of queer issues, from those specific to campus life to those concerning broad public discourse.

The election results for the 2022 Undergraduate Students Association Council were released Friday night, with Carl King Jr. winning the USAC Office of the President. The election also saw a voter turnout of 15.19%, the lowest in over a decade.

Voter turnout for the 2022 undergraduate student government election was 15.19%, the lowest turnout in more than a decade. Less than 5,000 students voted in this year’s Undergraduate Students Association Council election of about 30,000 eligible voters in the student body – a decrease from last ...

SPONSORED: 💙💛Hey Bruin Fans! Have you heard about the new Wescom Edge Visa® Credit Card?
It’s our newest Bruin card that gives you
✅ 5 points per dollar on UCLA events, dining and concession purchases
✅ 1.5 points on all other card purchases.
Visit: https://www.wescom.org/bruinedge?utm_source=wescom2022&utm_medium=post-600x335-twitter&utm_campaign=Grail

The Education, Access, and Retention NOW! referendum did not pass.

The votes for this year's USAC election are in.

Follow along to see who will be representing the Bruin community for the 2022-2023 school year and whether the EARN referendum has passed.

It took three hours before play would begin, but No. 3 seed UCLA beach volleyball snagged its first sweep over No. 6 seed LSU in three tries this season. After a weather delay postponed the dual, the Bruins blazed through their second-round matchup in under an hour.

No. 4 seed UCLA women’s water polo found itself in a hole at the half Friday, but a go-ahead goal in the fourth period allowed the Bruins to squeak into the NCAA tournament semifinals.

Katrina Drake fired a shot from the left side of the pool. Big West Tournament MVP goalkeeper Jordan Frost got both hands on the ball but couldn’t stop it from drifting into the goal with five minutes to play. The senior utility’s score marked the 13th lead change of the game and gave the Bruins...

The top two teams in the Pac-12 will battle it out this weekend, with No. 4 UCLA softball set to take on No. 12 Arizona State in a three-game road series.

The Bruins’ final road series of the regular season will be a showdown of the top two teams in the running for the conference crown. No.

Connect with students in a fun and unique way by using Sparkze to participate in interactive live video game shows! Use the link below to explore the app.

UCLA women's tennis starts its NCAA tournament run Saturday against Arkansas, playing away from home in the first round for the first time since 2017. Daily Bruin Sports predicts how far the Bruins could go in this year's national championships.

UCLA women’s tennis (12-6, 7-1 Pac-12) will kick off its NCAA tournament run with a matchup against Arkansas on Saturday. But before the Bruins and Razorbacks can clash on the court, Daily Bruin Sports predicts how long the blue and gold can extend its season.

The Bruins once again had their national championship aspirations dashed by the Beach. UCLA men’s volleyball (22-5, 11-1 MPSF) fell to No. 1 seed Long Beach State (21-5, 8-2 Big West) in five sets in the National Collegiate Men’s Volleyball Championship semifinal on Thursday evening.

Be the first to know and let us send you an email when Daily Bruin posts news and promotions. Your email address will not be used for any other purpose, and you can unsubscribe at any time.

Send a message to Daily Bruin: 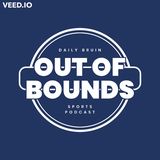 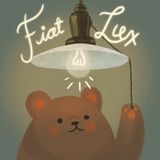 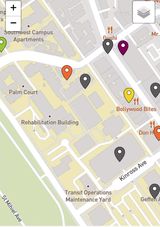 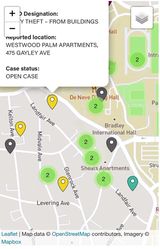 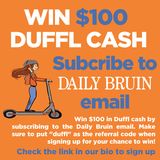 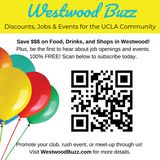 Life as a UCLA student: Connecting to campus | Daily Bruin

The Undergraduate Students Association Elections Board is currently investigating an alleged elections code violation filed on behalf of Undergraduate Students Association Council presidential candidate Angelina Quint against fellow candidate Carl King Jr. The Elections Board also received a complaint by King against Quint, but no investigation has been opened as of Thursday. https://dailybruin.com/2022/04/28/usa-elections-board-launches-investigation-into-alleged-elections-code-violation
Meditation apps may be the key to finding inner peace. In the second installment of "Behind the Screen," Arts columnist Yana Edelen explores how meditation apps incorporate Buddhist wisdom with new technological knowledge to help people connect to their mind and body.
UCLA rowing is heading to Texas to race in the Longhorn Invitational where it will take on ranked out-of-conference competition starting Friday.
SPONSORED: Blood transfusions have saved these UCLA students' and many others lives. Who will you save? Sign up today to donate blood with this link! https://ucedonor.com/mobile/index.cfm?group=op&bbsid=4&step=2&opid=0
Two UCLA men’s basketball players made decisions regarding their future with the program Thursday, with one graduate student opting to leave the Bruins and one player opting to return for a super senior season.
Loot Brutes is inciting greedy fervor among game lovers. Third-year communication student Nick Leivers developed the card game for three to five players who must battle their way to win the most loot from the deck before it's empty.
Iranian filmmakers past and present will be celebrated at UCLA starting Friday. Hosted by the UCLA Film & Television Archive and Farhang Foundation, the 2022 UCLA Celebration of Iranian Cinema will showcase nine films, starting with Panah Panahi's debut "Hit the Road," which follows a family's journey to the Iranian border.
On Friday, UCLA football collaborated with two nonprofit organizations to host the Get in the Game, Save a Life event, which recruited members to be registered bone marrow transplant donors.
Since the start of Russia's invasion of Ukraine, more than 5 million Ukrainians have been displaced. In the latest installment of "At a Distance," professors from UCLA and other universities share their thoughts on how the U.S. can provide more aid to migrants from Ukraine.
In under 45 minutes, No. 2 seed UCLA beach volleyball swept No. 7 seed Washington in its first dual of the Pac-12 championship.
No. 13 UCLA baseball fell to UC Irvine on Tuesday night at Jackie Robinson Stadium, breaking its streak of seven midweek wins in a row.
A battle between the Pac-12's and Big West's best teams will commence Wednesday when No. 3 UCLA softball takes on Cal State Fullerton at Easton Stadium.