Posted @withregram • @anxietyblanketrecords Hey! The final single off of the upcoming Kisskadee record is now premiering over at @for_the_rabbits ! You can check out their write up on “Ursula” and listen to the track over at their website.

Also check out the “Black Hole Era” album release show at @nonplusultrala on May 6th (flyer in the 3rd slide)! We’ll have cassettes & vinyl of the record for sale. Thank you to everyone for listening!

Posted @withregram • @jeaninesnyc So happy and grateful that our second LP is out today on @slumberlandrecords (with beautiful art by @pencewilson). A lot has happened since we started making this (global pandemic; we now live in different states), so it feels extra great to finally get this into the world! Buy from Slumberland or stream at all the usual places (link in bio).

Posted @withregram • @linseabeth My song “Roses in the Sky” is live! This is one of the older songs on the album but one that holds a special place in my heart, stolen away with a Nick Drake ish (CGCFCE, one of my faves) one spring time at a house in northern Bay Area. Lemon trees and roses were blooming, sun was shining, I was reflecting on how longing can be beautiful for its own sake. We can’t push down our own longing, dreams, desire - for a wish fulfilled, an experience, a person. They are there for a reason, sacred.

You can pre-order Carpe Noctem now on vinyl, cd, cassette and digital. Vinyl and cassette editions are limited and I believe will go fast! Spotify, Tidal etc is good with me, listen there too! it actually helps, but also, please consider the sustainability of art making and either make a donation or buy the album on @bandcamp if you choose to listen on streaming platforms 🤍🌹 (this goes for all artists imo, not just me) Thank uuu . Oh yea and this song was written on a sweet tour with @timothycleary_ in @kaceyjohansing yard :)

!!! @kisskadeee in the paper of record @nytimes

I knew this demo was special when it landed in our inbox…!

Posted @withregram • @robhatchmiller Big day today. We put in YEARS of hard work (starting in 2009!) & tons of our own $$$ to finally get the Syl Johnson doc out into the world today for anyone on earth to watch at home. Please help spread the word, this film means so much to us & to Syl’s family. Rental link in profile. RIP. 🖤👐

Posted @withregram • @vvvonica So good to be back. Chuffed to announce the video for “If You’re New Here Dance” by the brilliant @edwardlomas. LINK IN BIO. A special remix of the song to follow soon..

Posted @withregram • @rickylakeofficial really happy this mf is OUT IN THE WORLD. THANK U TO THE WHOLEEEE TEAM. 🥲💕my heart full of love rn. See y’all tonight at @elismilehighclub 😈🥰

Posted @withregram • @weekinpop PREMIERE | @vanchamberlain present an exclusive introduction to their much awaited, lush and sprawling album debut ‘In the Sun’, available April 8 via @veryjazzed, produced by @gdeblock.

Posted @withregram • @noah_deemer_ MUSIC VIDEO for Modern Ruins and Lay Your Hands out now. link in bio thank you world

Posted @withregram • @papercutsmusic The new album is out tomorrow! To celebrate early, here’s a lovely video for one of the dreamier style album tracks “Sinister Smile” by Leanna Kaiser @holymatter Order links and streaming links are in the bio… And thanks everybody for the support and positivity, it means the world to me/us.

Posted @withregram • @oliver.marson The video for Manipulator is being premiered by @postpunkonline right now. Link is in bio. Produced by @joshuarumble , drums by @chrisylopezdrums and mixing by @jorge_elbrecht #newmusic . Pre-save it before it goes out on all streaming platforms tomorrow #darkwave

Posted @withregram • @paulisdeadrecords we’ve got just the thing to make your monday brighter: “Let Go”, the first single from the debut record ‘Truth or Consequences’ by Chelsea Rose (@hellochelsearose) is out now on all streaming platforms! head on over to @BrooklynVegan for the video premiere and vinyl preorder.
link in bio

Posted @withregram • @theinflorescenceband TOMORROW NIGHT IS OFFICIALLY OUT :0 go watch the video at the link in our bio! we promise it’s worth the 7 minutes 🤠 more stuff coming tomorrow ❤️‍🔥

video directed by the lovely @depart_ment_ , enjoy some bts from shoot :)

Posted @withregram • @razorbraids THE CIRCUS IS COMING TO TOWN!!! Are you ready for the ABSOLUTE CHAOS we are about to bring to a city near you??? Because we’ve BEEN READY and oh baby, are we about to go OFF! Thank you to everyone who helped us put this together, whether it was recommending bands, venues, or places to stay - speaking of - if you have a place that us razor babes might be able to crash at in these cities, please let us know! We would appreciate it the most!!! 😇✨ See you sooooooon!!! #tour #townnearyou #livemusic

#johnatsxsw update: So @sxsw would not allow John to pick up his credentials today for some reason, so if you know of free / no badge required stuff he could go see tonight, DM us or hit him directly at @lildumptrack

In the meantime, enjoy the view of Austin from his #sxsw crash pad

Force Field publicist John Cohill (@lildumptrack) is headed to Austin today for his first #sxsw - here he is on his layover in the Miami airport. He’s going to be posting updates from the road all week, so look for #johnatsxsw

Be the first to know and let us send you an email when Force Field PR posts news and promotions. Your email address will not be used for any other purpose, and you can unsubscribe at any time. 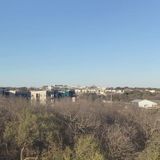 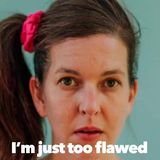 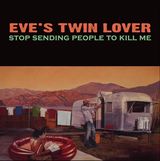 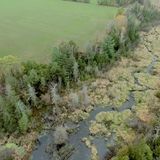 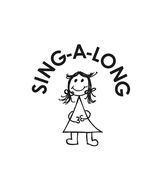 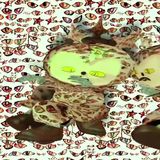 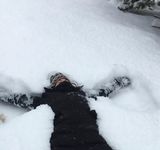 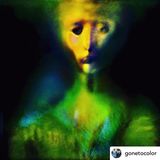 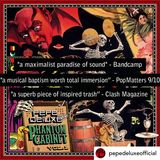 Howless Share A Video For Unlucky Howless Force Field PR #dreampop #shoegaze #postpunk #indie #news
Van Chamberlain Share New Video/Single And Announce Their Debut LP Van Chamberlain Very Jazzed Force Field PR #alternative #indiepop #dreampop #shoegaze #news
The Builders And The Butchers Announce New LP With The First Single The Builders and the Butchers Badman Recording Co. Force Field PR #folkrock #indierock #news
Howless Shared A New Video For Rain And Ice Howless Static Blooms Records. Force Field PR #noisepop #dreampop #shoegaze #news
Cots has today released her new video for the track titled ‘Our Breath’. While I feel that technology will never catch up to creativity, because, well, it fuels technology. Anyway, it comes damn close with the new video for ‘Our Breath’. Maybe more of a fusion, per se. What we get is a moving canvas of wonder picture perfect, frame by frame, of a song that is as delicately dark as it is bitingly beautiful. ‘Our Breath’ is a peek into a time that I hop comes next year. That perfect moment where the decade is defined in the era of music. Not by genre or style. But by imagination. Boiled Records Force Field PR
Foamboy have just released their new album titled ‘My Sober Daydream’. Electric fuzz in the buzz that is the electric bliss of this sonic daydream fashion the goal of soul with a set of songs meant for the masses. With electronica as the backdrop the duo of Wil Bakula and Katy Ohsiek leave nothing barred and hold nothing back with voices of angelica and sonic musical bliss left to the imagination but guided by originality. Force Field PR
🔥EDITOR PICK🔥 SPILL ALBUM REVIEW: SWEET NOBODY - WE’RE TRYING OUR BEST https://spillmagazine.com/60113 #albumreview #album #newmusicfriday #newrelease #rt #record #singer #songwriter #band #rock #hardrock #metal #heavymetal #alternative #alternativerock #alternativemetal #editorspick #stanford #california #usa 🇺🇸 Sweet Nobody Daydream Records Force Field PR The Spill Magazine
SPILL NEW MUSIC: GONE TO COLOR - "DISSOLVED" (FEATURING MARTINA TOPLEY-BIRD) https://spillmagazine.com/59680 #news #newmusic #newmusicfriday #musicindustry #music #newsong #newrelease #alternative #downtempo #electronica #indie #rock #indierock #postrock #triphop #usa 🇺🇸 Gone to Color Force Field PR The Spill Magazine
Tethers is now available everywhere via Kanine Records + Dirty Bingo Records Stream or order color vinyl at: http://smarturl.it/tethers Producer/Mixer: Andy Savours Mastering: Heba Kadry Vocals/Guitar: Kip Berman Drums: Brian Alvarez Bass: Jacob Sloan Keys: Kyle Forester Additional Vocals: Sarah Chihaya Tracks: 1, 2, 3, 6, 8 recorded at JUNXT Studios and DeepSpace Recording , Brooklyn, USA Tracks: 4, 5, 7, 9 Recorded at Wolf Den Studios, London, UK. Art: Jess Krichelle Photo: Remy Holwick Tethers took 7 days or 3 years to make, however you count it. The last time I made a record was with The Pains of Being Pure at Heart, in January, 2016. Since then, my daughter Viola was born, I moved to Princeton, NJ, my old band broke up, I wrote a bunch of new songs and recorded them, my son Maury was born, and then, well, 2020… A big thanks to Andy Savours, who gave me the confidence that just writing my songs and playing them was “enough.” I couldn’t have made this without him believing I could make this. And this record wouldn’t sound nearly as good, were it not for the musical contributions of Jacob Sloan (bass), Brian Alvarez (drums), Kyle Forester (keys), and Sarah Chihaya (vocals). Also my true gratitude goes out to @KanineRecords + @DirtyBingoRecords for believing in this project enough to stamp their names on it. And finally, I want to wish my friend Daniel Gill Force Field PR a quick and full recovery. He’s worked press for my music from the first PAINS 7” up to this record, and he’s one of the most genuine music lovers and good hearted people I’ve ever met. He’s had a really bad string of luck with his health this year, and has even been working from the hospital at times. I wish we could be celebrating release day together, but as we can’t be - I want to send Daniel, his family, and Force Field PR (especially John Cohill who has been a hero), my love and get-well wishes. “Daniel, you’re a stahhhhhhhr”
This time at The Week Selection, the new music videos and releases from Julia-Sophie, Ya Tseen, Brothertiger, Holiday Ghosts, Merpire, Special Friend, The Natvral & Middle Kids: https://www.bizzarre.co.uk/videos Thank you Sub Pop Records, Stay Golden PR, Force Field PR, Prescription PR, FatCat Records, ADA Music, Howlin Banana Records, Kanine Records, and One Beat PR!
This month, two LILYS classics will reissued on vinyl: 1994’s “A Brief History Of Amazing Letdowns” (Frontier Records, Force Field PR) and 1999's “The 3 Way” (Sundazed Music). Read our #MAGNETClassics feature on the making of “The 3 Way”: http://magnetmagazine.com/2017/07/03/magnet-classics-the-making-of-the-lilys-the-3-way/
👑 CROWN 👑 Full length visual album is up on #youtube https://youtu.be/Xn_739FH92A I loved finally putting all 4 parts together into that one narrative that came into my head in May. Thank you to all the wonderful people involved: Jordan Taylor Fuller , Steadishot , Lo Rose, Fortyforty , Shai Mantzur , Nir Yatzkan , Or Lubianiker , Uri Kleinman, @j’royce jata, Thom Barranca , Yoad Nevo, Elliot Jacobson, Force Field PR