Hello friends after being away for nearly a year this and my other OVERDRIVE pages have been edited by Facebook. They are easier to navigate by phone but the content has been cut down A LOT. Havent made contact with FB to find where the many pictures have gone or if they can be retrieved Many hours of work has simply disappeared The new look has generated more likes. Will let you know if it hasto be a separate site or this can be restored. Thznk you for the support

over 1000 likes without advertising Mike Parkhurst still has it!

It's a Southern Thing

It's a Southern Thing

Attention: Sorry, y’all, but this ain’t a real product. You’ll just have to keep yelling “Bless Your Heart” at other drivers. Or use the old car horn if you’re feeling rude.

Happy Day to You!

Please check out "Mike Parkhurst Overdrive Remembered" on Facebook for more information on Mike, Thank you
Check out "Overdrive magazine by Mike Parkhurst" for more pictures as well!!

Collecting articles about Mike on this page

How 8 Men Took on US Steel


One group of Teamsters that began as reformers was virtually driven to duel
Unionism and secession by the Teamster leadership. The Fraternal
Association of Steel Haulers, or FASH, was formed in 1967 following a long
and violent strike. Steelhaulers, most of whom were owner-operators, had
Particular problems that the Teamsters Union had ignored for years.
Although the union negotiated their wages, it refused to negotiate the fee
the owner-operators were paid for the lease of their tractors and trailers.
Consequently, their wages had gone up but their total income had not
increased much or had even declined. In addition, drivers were often
detained at the steel mills waiting to be unloaded for hours or even days,
and they wanted to be paid detention pay for the lost time. The union had
neglected this issue as well.

In the late 1960s it seemed as if Teamster President Jimmy Hoffa had
adopted what was virtually a policy of not representing owner-operators.
Under Hoffa?s successor Frank Fitzsimmons, the situation deteriorated
further. Union officials began to make disparaging remarks, lumping the
working drivers together with small businessmen and referring to them all
derisively as ?brokers?.

Whether it was a matter of policy or negligence, the failure to represent
the owner-operators and the tendency to disparage them was a mistake. When
the union had represented and negotiated for the owner-operators they had
been among the most loyal and militant union members. When they were
neglected or unfairly treated, they were among the first to rebel.

Long-time steel hauler George Sullivan explains, ?There were strong feelings
of discontent throughout the steel hauling industry, but most drivers felt
that they either had to learn to live under the present conditions or else
go into some other line of work.? In 1967 a group of steel haulers made up
of Jim Leavitt of Detroit, Tom Gwilt and John Hack from East Gary, Indiana
and William Kusley of Hobart, Indiana went to the Local 142 union hall in
Gary to get a copy of the new contract and ask the officers what
improvements had been made under the new agreement. At that time Don
Sawochka was the secretary-treasurer of the local. According to Sullivan,
?Don Sawochka inherited his position from his father, Mike Sawochka, after
his death in 1964. He had not been elected to his position. Instead he had
been crowned king, almost like a feudal overlord.? Not only did the Local
142 officers refuse to give the men a copy of their contract, but business
agent Jacob Abshere threatened the men with a blackjack and ordered them
out of the hall.

Used and abused by the employers and ignored or berated by their union, the
Steel haulers were forced to attempt to represent themselves. They decided
to organize a picket line protest at the steel haulers local union halls on
21 August 1967. Jim Leavitt went back to Detroit to try to organize a
picket line at Local 299, but the union simply ignored him and he and his
group went home. In Gary, Tom Gwilt and twenty-five other men put up a
picket line, and Don Sawochka came out and told them, ?You men can walk
until you wear your legs off, and it won?t do you any good.?

?I was fighting mad?, says Gwilt, ?and I was determined to so something to
make them listen to us.? Gwilt and seven other steel haulers went to the US
Steel Corporation in Gary and set up a picket line: eight men were
attacking the world?s biggest steel corporation. Soon the big flat-bed
trucks that haul the steel began to pull up at the gate. When the drivers
saw the picket signs, they turned away with comments like ?It was about
time something was done.? The drivers parked their trucks and began to join
the picket line, and soon Tom Gwilt was dispatching pickets to other mills.
By the morning of the second day, according to George Sullivan, ?Steel
shipments in the Gary area were nearly halted.?

The Teamsters union told the steel haulers to take down the picket line, but
they refused. The Lake County Sheriff?s Department started arresting
pickets, but still more pickets showed up. Tom Gwilt and Paul Dietsch of
Wisconsin took responsibility for the organization of the strike, which was
still confined to Gary. They received some help from Mike Parkhurst?s
Overdrive magazine and his organization of truck drivers, called the
Roadmasters, which provided legal help.

The strike went on two weeks, and neither side budged. ?Men who found
picket duty too boring?, says Sullivan, ? took to the highways and started
shooting at steel haulers who were trying to take advantage of the situation
to make some extra money.? They were out on the picket lines for three
weeks before the strike began to spread. In Middletown, Ohio the wife of a
Steel hauler organized a picket line at ARMCO Steel. In Youngstown, a fellow
named Mike Boanao organized a picket line that stopped steel shipments. The
strike became increasingly violent, with the strikers not only shooting at
the scab steel haulers, but also at the police who were escorting them. One
driver in Detroit was badly burned when a firebomb was thrown into his
cab. But as Sullivan explained, ?The Teamster attempts to negotiate with
strikers were unsuccessful, as the Teamsters wanted them to return to work
without any gains.?

In the eighth week of the strike, Governor Raymond Shafer of Pennsylvania
called a conference of governor?s representatives from eight states,
shippers, carriers, Teamster officials, and the strike leaders. Still
nothing came out of the meeting, and that night the Pennsylvania lieutenant
governor?s summer home was destroyed by an explosion. The strike resumed,
and finally the Teamsters agreed to negotiate the strikers? demands with
the carriers and shippers. In the end the strikers won pay increases of 11
percent over the next three years and, most importantly, pay for detention time.

Immediately after the strike the Fraternal Association of Steel Haulers was
organized. Tom Gwilt was elected president of the Indiana chapter, Paul
Dietsch president of the Wisconsin chapter, and William J. Hill chairman of
the National Committee. The steel haulers? deep distrust of the Teamsters
union was evident in a resolution adopted at the founding meeting; it
stated that FASH would stay in the Teamsters only as long as that union
served their needs.5

In 1969 a second FASH strike occurred, and this time the Teamsters union
decided to try to destroy it rather than ignore it. According to one
source, John Angelo, president of Teamster Local 337 in Youngstown, put
together an army of 120 union officials and hired thugs and sent them out
in a fleet of fifty cars to attack a group of FASH strikers. Both sides
were armed, there was some shooting, and when the smoke cleared eight men
were wounded and one had been killed.6 In Gary, Tom Gwilt?s home was bombed
and badly damaged.7

?We knew then?, says FASH leader Bill Hill, ? that there was absolutely no
reason for us to stay in the Teamsters any longer. Three months later we
announced that we were going to form our own union.?8 FASH had not started
out with a dual union strategy. As unhappy with the Teamsters as they were
back in 1967, the steel haulers had not necessarily intended to leave the
union. It was the Teamster leadership that made FASH a dual union and then
drove it to secede.

Whether chosen by the dissidents, as in Philadelphia, or forced on them, as
in the case of FASH, secession was not a viable strategy for union reform,
at least for most Teamsters, as the rank and file soon realized. The
Teamsters union could be counted on to use all its power to stop any local
that attempted to secede, and any group that left the Teamsters would be in
a much weaker position in dealing with the employers. And finally,
secession was a selfish strategy, not a solidarity strategy. One local
union, such as the Chicago taxicab drivers, might solve its problems by
leaving ? but what about all the other Teamsters?

Reform could not be achieved by each of the local unions simply going its
own way: it would take cooperation. But to bring that cooperation about
would take a national event to bring the local activists from different
parts of the country into contact with each other. That development was not
long in coming.

What It Means - Drive-By Truckers

What It Means - Drive-By Truckers

TAILGATING GONE WRONG: Watch as a car that was tailgating another vehicle on the I-10 ends up ramming into a semi-truck and flipping in the air. Luckily, the driver and her cat were not severely injured. 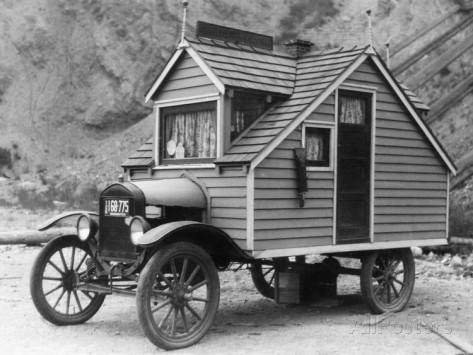 Heard there was a article about Big Al truck motors ..I own one of the last original Big Al trucks.1974 White Freight Liner. Member Penn-Ohio Atca Show it N. E. Ohio & PA. Would like to find the issue of Overdrive had the BIG AL story. Ron KNARR @ knarrfarms. com 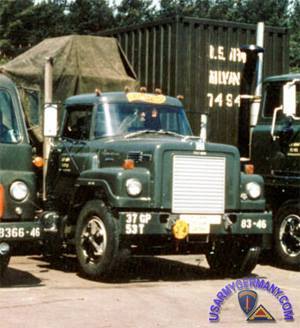 Got a few of these myself they were my dads 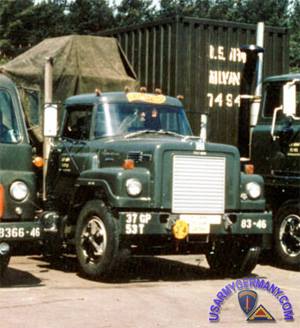 Be the first to know and let us send you an email when Overdrive magazine by Mike Parkhurst posts news and promotions. Your email address will not be used for any other purpose, and you can unsubscribe at any time.

Hammermill Papers from Overdrive Magazine ...April 1988
mike i rember you at north american van lines istarted work there whem i was ninteen lied my age was with porky hudak when i started lots of memories also your fight with pure oil take care bill gailey
My Grandfather was friend's with Mike and was Mike first Trucking boss.
have an important load to pick up at the North Pole