We can convert from 8mm, Super 8mm, 16mm, and 35mm film. We use one of the only Wetgate systems in the United States. We also offer audio mixing & mastering and digital color correction. Check out our website for more information.

Here is an uncompressed Quicktime download link: https://1drv.ms/v/s!AkEULrNhHSDiokmOaPi3l3HTxqTj?e=04eIBZ
We need someone who can remove scratches in films like this.

Dr. King discusses Police Violence toward demonstrators at that time. He visited Memphis to support striking Sanitation workers. Several Demonstrations resulted in police violence against the demonstrators and this film is a segment from media interviews with MLK discussing these events as well as related issues with the struggles of workers in Memphis and throughout the United States, and how he hoped to influence the government through peaceful demonstration.

Old 16mm promo produced by the National Park Service to get kids to go there! Did it work?

Distributed on 16mm film to libraries and schools.....only color footage we have ever seen of FDR.

Hello Everyone! You might notice that our website and our email services are down today, we are migrating to a new provider and hope to have the site back up and running in a day or so! In the meantime, we are still open and hard at work digitizing your film and tapes! Until our emails are back up, you can always reach Scot at 678.238.0800 or at [email protected] with any inquiries or to schedule any pickups or drop-offs. Thanks!

CinePost staff Ross and Scot are crewing this live auction this evening. Check it out!

Nancy Sinatra performs "What'd I Say" in her TV Special "Movin' with Nancy" which was shown on TCM, October 8th at 8pm. Dino and Desi do the Intro. In her wild yellow jumpsuit, Nancy and Sammy get their groove on! 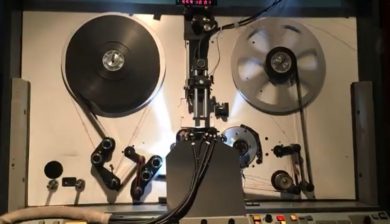 Chris and Wesley Johnson from Charlotte stopped by to pick up their 2K film scans of some amazing 16mm films they sent to us.

Transfer your 8mm, Super 8mm, 16mm, and 35mm film to high-resolution digital files with CinePost, a trusted name in film scanning with decades of experience.

Seeing His Father For The First Time

This happens every time an old family film gets digitized….

Water damaged Films can be Saved

Nan Young from Dahlonega describes her experience with salvaging her father’s 8mm films after a recent flood this year of their home.

John is working on a transfer for Alfred Rivas and Ignacio Pena who are re-releasing old videos in 4K.

Seeking suggestions to cope with this problem. Sometimes 16mm internegatives have this issue. We call it negative black. In this case the client had a print available. Otherwise, we don’t know what to do about it. If you want to try to correct it, here is a the download link:https://1drv.ms/v/s!AkEULrNhHSDijz03ZUPMOY4_9qGP

John Kuhn transferred the earliest 16mm Home Movie with Sound we have encountered to date. The optical sound was recorded to the film in the camera. This film was shot by Leon M. Bardfeld of Vineland,New Jersey. It could have been shot with the RCA PR-24 or with the Berndt 16mm Sound Camera shown here: https://digitalcommons.chapman.edu/jonathan_silent_film/1781/

A few of the guys here at the studio are transplants from the music industry, and huge Jam-Band fans, and the biggest thing they have in common with us film guys is that we all love a good archive!

We’ve got here the only known video copy of trance-fusion band The Disco Biscuits’ November 2000 show from Athens’ historic Georgia Theatre! We are going to be doing an Up-rez through our BlackMagic Design Teranex unit, doing some digital cleanup, and sync-ing the original soundboard audio.

Scot says this is a legendary show for the band who was firing on all cylinders at the end of their 2000 Fall Tour, widely regarded as one of the band’s best, and we can’t wait to see it in all its restored glory!

"The Who" and "Yes" shot on Super8 by Stuart France

John scans Super8 of THE WHO and YES, as well as 16mm of "This is the Life" TV Series today with amazing results.

We try to transfer baked film if it holds tension, some baked films can't all be scanned in their entirety.

Sherilyn Fiveash from Hi-Five Digital Productions came by to digitize some old school 8mm football films for family and friends. We scanned them in 2k to match her other high quality digital work.

The manager of a mountain hotel in Norway mistakes two look-alike guests for the same person.

Dale Johnson of Trailwood Films brought us this Enterprise Space Shuttle 16mm film footage to scan in 2K for his archive.

Jack Sholder sent us a beautiful 16mm short film to scan and color correct for his archive this month.

This award-winning adaptation of the short story by Katherine Mansfield and PBS special was produced by Paul R. Gurian and written and directed by Jack Shold...

A Wetgate Scan is hard to appreciate unless you compare it to a Drygate Scan of the same footage. The unfortunate reality is that much of the 8mm and 16mm films out there have projector damage, ie Scratches and embedded Dirt. Message us in Messenger to receive a link to the original files. We want someone to try to cleanup the Left hand image with software. Here is a link to the 14.98fps Drygate version: https://1drv.ms/u/s!Ak6HT6WNfRoS0wWUh82w0n3BuGhp?e=NzJdDA

Scenes from our 2K restoration of this film included Deflickering, Dustbusting, and significant film frame damage repairs by hand. Printed in problems require software based restoration tools. This print was in reasonable shape. Many prints require the use of our Wetgate. Give CinePost a like if you approve.

Restoration in Progress of this 2K Wetgate scan of the 35mm print of "Loving Couples"(1964). John Kuhn points out the problems that need to be addressed in our restoration of this title for Turner Classic Movies. We will deflicker, dustbust, and repair film damage and reelchange marks. Message us to be sent a restored sample file. IMDB info here: https://www.imdb.com/title/tt0058780/?ref_=fn_al_tt_2

Can anyone date this Tournament? Jack Nicklaus is joined on the tee by Tommy Jacobs, George Bayer, and Stan Leonard.

Reposting our 2K Scan of the 1929 16mm film of the Goodyear Vigilant. We hope to find more films like this. Takeoff was from old Hoover Field, now the location of the Pentagon. Commentary by Bob Castro. If you know of more interesting films like this that need to be digitized, please let us know. Video shot with iPhone10 of our 4K OLED monitor.

This 1976 16mm transferred at CinePost was produced by CineCraft Productions for BFGoodrich to commemorate the annual Truck-in events, Skip over to 1:30 for actual content. Here is a link to the Event Schedule: https://vanning.com/nb/nationals_past/4th%20NSVA%20page%204.jpg

Does anyone know anything about processing old Kodachrome film? Can it be processed to Black&White? Anyone want the job?

We scanned this old 16mm film to digital. It has a few pointers in it that modern golfers could adopt. If you find any more great 16mm films like this, give us a call.

16mm Stereo 3D! Try crossing your eyes to see this in 3D. Today's 2K film transfers included this gem. Locksley Mendoza discovered that if you go Full screen, cross your eyes, and keep adjusting the distance of the screen, you'll see in 3D!!! If you cross your eyes just right, you will see three sets of images with the center image in 3D. Keep trying. It works. Let us know if you have more of this film in your family archive.

Attention fellow computer geeks, How fast is your RAID? 7600mb/s write speed?! We have 7 Nvme M2 SSD in RAID-0 to do this thanks to our Asrock motherboard and Quad Ultra M2 Nvme adapter card. Does anyone know how to get to 10,000 mb/s?

Super8 Sound magstripe playback with 2K image capture in realtime is now available at CinePost.
We are getting asked! So we made it work, doing simul record.

The is a PSA produced by the State of California to make kids aware of the dangers of forest fires. Here is link to the website that shows active fires: https://www.fireweatheravalanche.org/fire/

Be the first to know and let us send you an email when CinePost posts news and promotions. Your email address will not be used for any other purpose, and you can unsubscribe at any time.

Send a message to CinePost:

Water damaged Films can be Saved 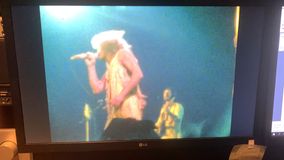 "The Who" and "Yes" shot on Super8 by Stuart France 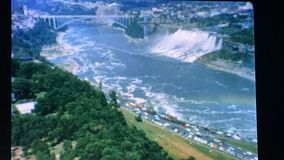 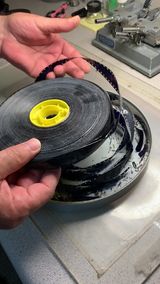 Other Broadcasting & media production in Marietta

In my clock Shop there is a Elmo daylight screen in front of the window with the super 8 looper. it runs from morning to evening. never any problems. it was filmed with Super8 TRI-X that I developed myself and with Super8 ektachrome that Frank Bruinsma developed. everything was filmed with the canon 1014-XLS. The super 8 looper was an excellent investment. The curious look at it every day.
The family and I finally decided to start our 1960 family movie collection transfer to digital data. Almost 60 years had gone by. The 8mm’s reels had endured all types of weather, following us to three continents and three different U.S. states. After I had done much research and reading professional opinion, the family agreed to go with Cinepost. The results were breathtaking. These old movies got a new life, the actors in them too, many seemed to be back amongst us. The images have crisp, deep tones, very lush, yet with a clean and natural , kind of “modern” look to them. We had viewed them over the years, seen the chafe and scrape they had endured. Now these old movies a new dimension to them, a soft, velvet-like depth. The people at Cinepost, both Myron and Scott, were attentive and abreast of all concerns, ready to answer our many loaded questions. Later, they able to fix another issue with some 8mm movies that had been damaged by a strain of Florida fungus. The preliminary results on a special cleaning techniques were were very impressive. Now, we feel confident sending a second batch of movie, a third too, if we can find it.
Re: "Rain"(1932) in 4K will be available on Disc soon? Any other pre-code classics like Baby Face or The Story of Temple Drake
I am just getting back more films that Cinepost transferred for us. The difference is amazing. Here are two screenshots of the same film. The first was done by another company some years ago. Cinepost did the second one. Don't waste your money when it means so much. Get it done right the first time. This is my mother holding our daughter, Heather. Heather is 48 years old now, but this was her first birthday. Kayren's sister, Phylis Bryant is making Heather laugh to everyone's enjoyment. Mom and Phyl are both long gone. (The second one I had to resize smaller for Facebook to a third of its quality!) My father had just died a few weeks prior to this. Mom needed a laugh. Made my eyes wet!