A bold new look and feel for Beyond Fantasy Magazine, after the publication's recent administrative move to Georgia from New Mexico. 2014.

Beyond Fantasy Magazine updated their address.

Beyond Fantasy Magazine updated their address.

Check out Dreams of Avalon at dreamsofavaloncostumes.com

Working on bringing back your favorite publication. 😊

The 11th annual Buried Alive FF is next week.
http://buriedalivefilmfest.com/

Have you had a UFO encounter? Tell us about it! Include place and year!

Meet the creative minds and partners behind The Psion. From top left and sweeping fire clockwise...

Tony Gowell, one of our directors, has been in a number of productions across the years, and is most famously in The Walking Dead. Tony also assists us with casting and "managing" actors on-set when we shoot. Tony can be seen in our upcoming BattleTech film and is writing Parnellia's Pleasures, a web-series we'll be bringing to you.

Tessie Wilmot, a US Navy veteran, just completed her film Indomitable with her company Travel Far Productions. Tessie is one of the directors for The Psion. We strongly recommend her if you want to keep your film shoots on schedule.

Mike Crocker, a gifted young prodigy, has worked with Bravo Whisky Charlie Films on our original property Z-Com: Dead, White, and Blue, our BattleTech fan film, and is our go-to Director of Photography any time we have a project come up. Mike also does incredibly amazing stopmotion videos with his own company Mike's Movies.

Tim Everett, a US Army veteran, is the founder of Bravo Whisky Charlie Films. Tim wrote the script for The Psion. He is also the janitor.

And finally, in the black-and-white Instagram filter photo, is Albert Roberts, another of The Psion's directors. Albert recently completed his film Test Group and has his own film company, Sitrep Productions. 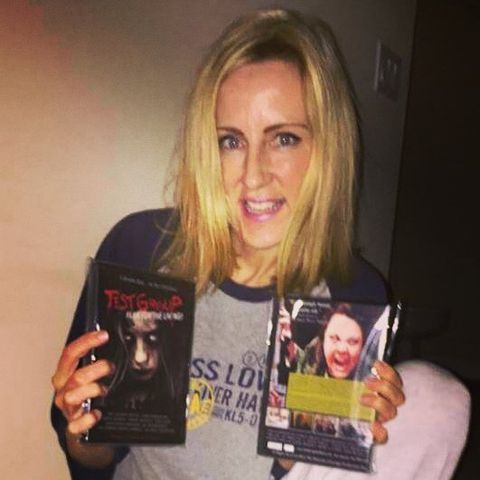 “The stunning actress and veteran Amy Allyson Oliver, showing off her copies of the zombie film Test Group, in which she is the lead role!…”

Order YOUR DVD or BluRay!

The recordings were classified and kept in NASA archives until 2008.

Set in the early 2000s in the fictional town of Redman, GA, Test Group is a psychologically charged horror film about the costs of change and what some are willing…

A star called KIC 8462852, or Tabby's star, has been behaving oddly since 1890, not just recently as had been thought – and astronomers have no idea why 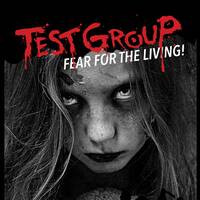 Less than two weeks left of pre-sale pricing! Score yours! At just under three hours, Test Group is unlike any film you've ever seen!

Pre-Sale ordering of the Official Test Group DVD, Blu-Ray (with TONS of extra features) and 2-CD Film Soundtrack is now available! This month only... prices go up after the new year!

All orders come with a holiday stocking stuffer, and will be delivered in January! Paypal only...

Over 5K Veterans commit suicide each year. VET SAR aims to find those War fighters and bring them to safety before they take their own lives.

A short chat with the team behind Test Group, indie zombie film.

A short chat with the team behind Test Group, indie zombie film.

This video was taken by Richard Donovan in Long Beach, NJ on August 09, 2015 during a camping trip. There were multiple eye witnesses which gave their testim...

The Music of Cosmos, with your host, Albert, is a podcast featuring the best ambient, drone and electronica musicians out there. The website is www.TheMusicofCosmos.com, and new episodes air each Sunday night at 8PM ET. On this premiere podcast, we relax with the music of Candy Apple Black, and chat…

New Theory Suggests that Humans with blood type Rh Negative Belong to an Extraterrestrial lineageHumans have possible four general blood types: A, B, AB and O; this classification is derived, according to scientists from proteins which are found on the surface of cells which are designed to fight of

Lizard Man, South Carolina’s own rural legend, seems to have crawled back out of the murky waters of Scape Ore Swamp near Bishopville, where it first was spotted in 1988, after a man reportedly saw the scaly creature Saturday.

A VIDEO claiming to show another UFO whistling past the International Space Station (ISS) has emerged online.

An Oklahoma widow and her daughter released balloons and a written message on Father's Day this year—the first without dad— and may have gotten a 'message' back.

Candy Apple Black, from the Original Motion Picture Soundtrack "Test Group" edited by DavideoPRO recorded at Under The Rock Studios 2015 for The Otherside of...

A video shot in Japan’s port city of Osaka has been making the rounds online, displaying a swarm of white spherical objects of unknown origin flying across the sky. The low-quality footage has triggered speculation over extra-terrestrial life and UFOs.

Check it out! Premieres Halloween 2015!

New Zealand, known for breathtaking scenery and fine wine, will add one more claim to fame when it becomes home to the world’s first commercial space-launch site later this year.

Supreme court forces German parliament to release report on UFOs Posted by: Andreas Muller June 29, 2015 0 Leipzig (Germany) – After years of law suits, the Federal Administrative Supreme court of Germany forces the administration of the German Parliament – the Bundestag – to release and give public…

Guests at the Ocean Sands Beach Inn on Coastal Highway, Florida, have reported so many sightings of UFOs over the nearby Vilano Beach in St. Johns County that

A fireball was seen streaking through the sky across Georgia and the southeast early Monday morning. Channel 2 Action News received several phone calls into the newsroom and many people posted pictures and videos to social media. The mystery object was spotted around 1:30 a.m. in Georgia, South Caro…

The video – which is reportedly shot from the International Space Station – shows three unidentified flying objects blast out of Earth’s atmosphere.

Animal psychologists are baffled by the bizarre phenomenon that has seen up to 600 pets suddenly plunge to the ground for no apparent reason.

"Test Group" is an independent horror film about corporate genetic-altering practices and corruption within the pharmaceutical industry. Based in the fiction...

Visit us online and get your printed copy today! You also receive a FREE ezine copy when your purchase the print!

Slick, collectible issues of Beyond Fantasy (including back issues) can be safely and carefully shipped directly to your home. Includes free digital issue too!

Be the first to know and let us send you an email when Beyond Fantasy Magazine posts news and promotions. Your email address will not be used for any other purpose, and you can unsubscribe at any time.

Send a message to Beyond Fantasy Magazine:

Other Publishers in Marietta

The Elves Reply
The Wonders of Elfin
Elven Geomancy: an Ancient Oracle of the Elven Peoples for Divination and Spell Casting
Just out The United States of Elfin, Silver Elves book #38.