The Initiative Radio Network is a platform to educate our people and discuss current events. "If a race has no history, it has no worthwhile tradition"

Gyasi Ross on the mythology of American Thanksgiving

Gyasi Ross on the mythology of American Thanksgiving 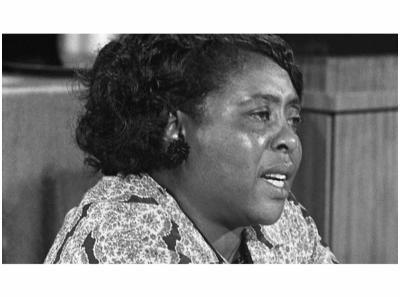 The Story Of Fannie Lou Hamer

Fannie Lou Hamer is an American voting and women's rights activist community organizer and leader in the civil rights movement. We will talk about how she contributed to the fight for civil rights in America. All this and your phone calls. 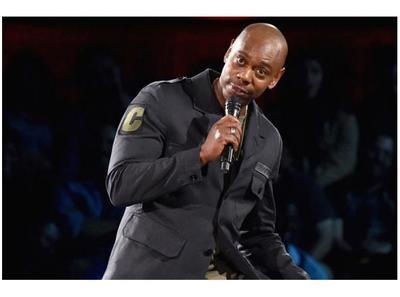 The Comedy of Dave Chappelle

From the archives. Love him or hate him, the man is a comic legend.

In this weeks episode, we will talk about this generation's comic genius, Dave Chappelle. We will talk about how he got started and how his comedy has influenced the game. We will also hear some clips from some of his funniest performances. All of this and your phone calls. 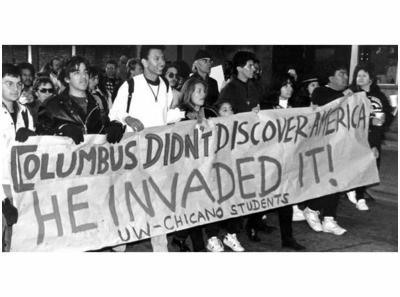 The Truth About Columbus Day, Facebook And CRT (Retry)

This week we will talk about why Columbus Day is s**t, Facebook is full of s**t and the people that are against CRT don't know s**t.

Minorities And A Legacy of Housing Discrimination

From the vault...a classic show about housing discrimination in America.

In this week's show, we will be talking about why minorities in America are far behind whites when it comes to housing. Plus we will talk about gentrification and I will give figures of the various costs of housing in the country. All of this and your phone calls.

Is America the Biggest Bully in the World?

This show covers all of the wars that the US has been in. The list is long.

In this week's episode, I will talk about the number of times that the U.S. has been involved in conflicts all over the world. The number is staggering. Is this why some citizens of other countries look at us in a negative light? Does this explain why so many citizens of the U.S. have a strange obse...

The Slaughter of the Innocents: Pe******ia & Childhood Sexual Trauma

Has America become a pe*****le safe haven?? We are at a turning point and the pe*****les are coming out to make their place known.... But today's not their day. Our children deserve a future and we have to secure them today. We are Black First Today Tomorrow and Forever... Truth has come to you

Written by Alberta Parish To the woman who wrote an e-mail to me stating that my mother stood by and watched me get fu**ed when I was a chil...

The True History About Easter

This week we will be talking about the real history of Easter. Just like every religious holiday, it has it's orgins in paganism. It's time to tell the truth about Easter.

This week will discuss mass murderers and their manifestos. We will talk about why we have this issue and what can be done to solve it. What do the politicians blame the problem on, too many guns or video games? All of this and more.

Black History Facts No One Knows About

Monday February 8, 2021 8pm-9pm
Click on the player below to listen live

Another little note from the #GEDSection

The True Story About Thanksgiving

This is the annual story about the truth about Thanksgiving. If you think that the pilgrims and the Native Americans sat around a table and had a gret meal together, think again. It's not what you were taught.

The national nightmare is finally over. Trump has been reduced to a one term president and the world is dancing. We will bask in the notion that the crook's reign is over and count down the days until Trump goes to jail. All of this and your calls.

This white man fled police, rammed a cop car AND resisted arrest... then was arrested without a scratch. A Black man would have suffered a much different fate! We know de-escalation tactics are doable... that is, if police actually want to use them. Excessive force is not a knee jerk reaction in cases of White Privilege!

This Kansas City cop kneeled on the back of a 9-month pregnant woman while arresting her!
He knew she was pregnant and reacted by throwing her to the ground. KCPD must be held accountable for the brutal actions of its officers!

Monday October 5, 2020 8pm-9pm
Click on the player below to listen live

I honor of Trump catching the Rona, here is an hour of dance music to get your dance to. I know when I heard the news, I jumped up and did the Hustle. Enjoy!

Re: Breonna Taylor. GET RID OF THE SECRET GRAND JURIES!!

Monsters. This can’t be reformed. It needs to be dismantled. Period. Same town where they murdered Elijah McClain. 📷 from my good brother @thesavoyshow

Monday September 28,2020 8pm-9pm
Click on the player below to listen live.

I will be back soon to report on the bad news but I just wanted to spread some good music vibes for a Monday. Sixty minutes of easy listening music because we need it. Oh yeah, Trump is a fu***ng tax cheat.

🤬🤬🤬 I need you to see this. ⁣
⁣
Watch as this Seattle Police Officer, riding a bike, literally swerves to ride his bike over the head an injured protestor. ⁣
⁣
Please tell me the name of this officer.

John Pavlovitz absolutely LEVELS the hypocrisy, bigotry, and racism of white Evangelicals who had nothing but hatred for Obama and nothing but love for Trump.

John Pavlovitz's words here are AMAZING! Be sure to follow his page and support his work!

He's being arrested, while accusing cops of treating him the same as if he was a POC! If it weren't for his white privilege, sh*t could have ended up a whole lot worse! 🤯

My fellow white people, how are you defending the murder of Breonna Taylor?
#justiceforBreonna
#JusticeforBreonnaTaylor
#BlackLivesMatter
#PolicethePolice

Be the first to know and let us send you an email when The Initiative Radio Network posts news and promotions. Your email address will not be used for any other purpose, and you can unsubscribe at any time.

Other Broadcasting & media production in Nashville