SonyTree Studios is proud to be a part of this great track.

Church's songwriting partner and member of his band will release his own album, 'Norman Rockwell World,' in February

‘Making New Years Day’ documents a day in the recording studio with renowned bass players Chuck Rainey and Mike Brignardello along with some of Nashville’s t...

SonyTree Studios was proud to be a part of this outstanding project! 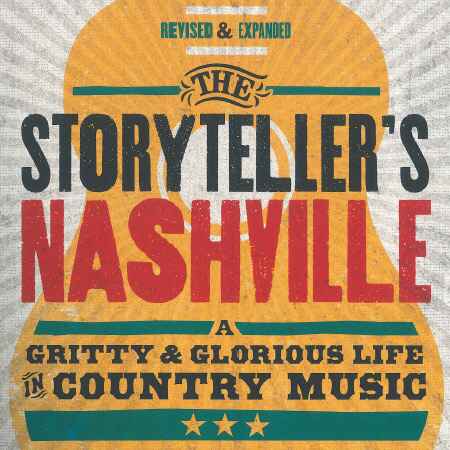 Great To Have Cole and Dierks In The House!

Where you at today #downhomecrew? We think #youshouldbehere! Share your photos with me. 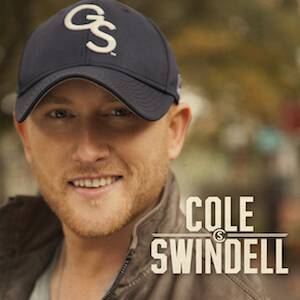 SonyTree Studios is proud to have been a part of this awesome GOLD record!

Cole Swindell’s self-titled debut album has officially been certified Gold from the RIAA. The [...]

@OTD in 1925, powerhouse radio station WSM Radio went on the air for the first time in Nashville. The station would create the Grand Ole Opry and make country music history.

SonyTree Studios is proud to have been a part of this great record!

SonyTree Studios is proud to have been a part of this great Super Bowl commercial!

From the streets of New York City to the outback of Australia, follow the Jeep Renegade as we explore the globe in our 2015 Super Bowl ad. The world is a gif... 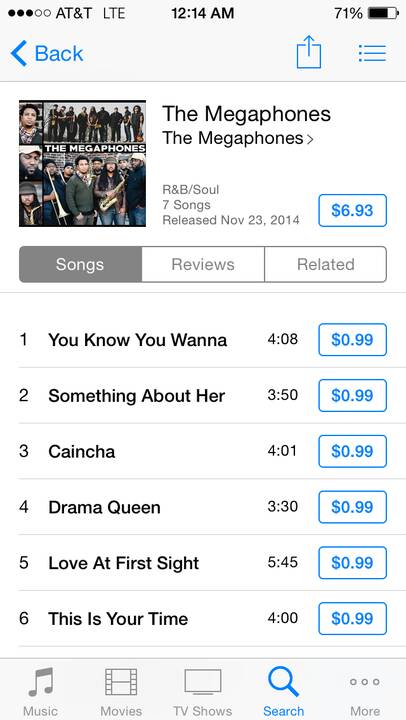 SonyTree Studios is proud to have been a part of this great record!

Just in time for you to rock out on your way home from work today, The Megaphones' new EP is now available on ITUNES! You will not get more value for $7 this holiday season! Jump on it and spread the word!!!

Vote for the Most Anticipated Album of September 2014

Vote for the Most Anticipated Album of September 2014

The first month of fall is bringing new albums from a number of big names in country music.

The mission of the Country Music Hall of Fame® and Museum is to identify and preserve the evolving history and traditions of country music and to educate its audiences.

Nashville-based United Record Pressing, enjoying a continued resurgence in the popularity of vinyl records, is expanding. 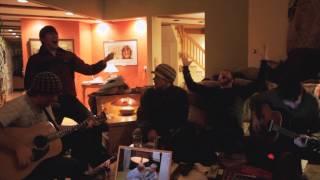 Official video for "3000 Miles" by The Dirty Guv'nahs Directed by Scott Murphy Produced by badland pictures Off the album, "Somewhere Beneath These Southern ...

Sweetwater And We All Shine On: A Tribute To John Lennon - Only $12 Including Shipping

SonyTree Studios is proud to be apart of this excellent album, all for a good cause too!

iTunes - Music - Fear of Getting Over You - Single by Brian Fuente

Everyday Magic -- which Barber produced, and for which he wrote and arranged the repertoire -- debuts his powerhouse band, also called Everyday Magic. Besides Barber on tenor, alto, and soprano saxophones and flute, the ensemble is comprised of four top Nashville musicians: guitarist Adam Agati, pia...

Reggie Young is in the studio! 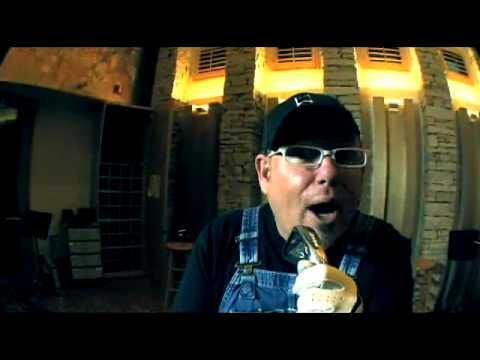 Cledus T. Judd - Tiger by the Tail (The Tale of Tiger Woods)

Cledus T. Judd - Tiger by the Tail (The Tale of Tiger Woods)

Tiger Woods is getting the Cledus T. Judd treatment. Using Tiger by the Tail, recorded by Buck Owens in 1965, as the reference point, Tiger by the Tail (The Tale of Tiger Woods), was written by Judd with Wix Wichmann, and Phillip White. Judd recorded the song less than a week ago and is already gett 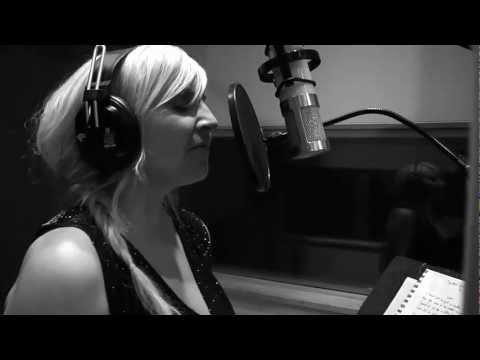 The Very Talented Heather Morgan in Studio A recording her tune Speckled Bird!

Frankie Ballard gives a behind-the-scenes tour of the studio during his recent recording session in Studio A.

Hey! I was in singing some demos of new songs that I wrote... and thought I'd give you guys a tour of one of the most popular studios in town! Enjoy:)

Gathering a group of great guitar players for an interview with Joe Bosso of MusicRadar.com.

Great to have Thompson Square, Kix Brooks and John Rich in the studio last week!

Be the first to know and let us send you an email when SonyTree Studios posts news and promotions. Your email address will not be used for any other purpose, and you can unsubscribe at any time.

The Purple Hulls are brightening our day with this fun tune! This dynamic sister duo was raised on a working family farm in the great piney woods of East Texas. In fact, their name comes from the family’s purple hull harvest. After graduating college, Katy Lou and Penny Lea made their way to the hills of Tennessee where they began touring with top country artists and writing songs for Nashville’s largest publishing company, SonyTree Studios. Now, they’re coming back to the Blueberry Bluegrass Concert in the Park! So, do as The Purple Hulls sing and “Brighten The Corner Where You Are” and get ready for some bluegrass fun on June 11! #SummerConcert #Bluegrass #LiveMusic
THE TIME HAS COME!! IT'S OUT NOW YA'LL!!! #FAUXFAMILY We are super excited for our new single to hit the airwaves and super thankful for all the love and support we have received along the way!! Please give it a play on Spotify and add the song to your daily playlists! It will also help us out tremendously if you share it around!! Share all the love! Also available on Apple Music and all digital platforms, including YouTube! Thank you all for the love and support! Enjoy a little "H***y Tonk in Heaven"!! Thank you to all our supporters, distributors, promoters and writer Bernie Nelson for all the help. (Suggs Switch Ranch, Ray and Jennifer Jenerayte Redding and Smith Music Group) Along with all the radio stations already playing our music! We are super thankful! We are excited about this one! Let's get it ya'll!! Written by Bernie Nelson, produced by Jim Beavers and recorded at Sony Tree Studios in Nashville, "H***y Tonk in Heaven" is a song that reverberates with all of us that try to balance living a life that’s good and living the good life, which ends up falling somewhere between Jack and Jesus. For those of us that are good, honest people that still like to cut loose every now and then, we can only hope that there’s a "H***y Tonk in Heaven"! #NowPlaying #goingforadds #spotifyadds #playlistsadds #texasmusicnow #texsmusic #honkytonk #heaven #fauxfamily #newsingle #singlerelease #countrymusic #newmusic #sony #sonymusic #charliedaniels #honkytonkinheaven Cavender's Shiner Beer Gibson Suhr Custom - Guitars | Amplifiers | Pedals | Pickups 64 Audio Texas Live Texas Wide!Texas John T. Floore Country Store Texas Music Office Texas Country Music Awards Texas Music Pickers Fiddlers Luckenbach Texas Silver Saloon Amazon Music Red 11 Music William Morris Endeavor David Manry SonyTree Studios Spotify Playlist Promotion Rockbox Theater (official)Hondo-South Texas Corn Maize Zuehl Tavern Review Magazine Bernie Nelson Music The Charlie Daniels Band
Hey guys and gals, Justin wrote a song for his papa that was battling cancer. He got invited and had the great honor to come and record this song at SonyTree Studios in Nashville TN under the legendary Doc Holiday. Unfortunately his papa passed 2 weeks before he got to record it. This is his tribute
Official Music video for "Lover Come Back to Me" from Patrice Jégou's new album, IF IT AIN'T LOVE. Featuring Mark Kibble of the 10-time Grammy winning vocal group TAKE 6 www.patricejegou.com Arranged and produced by Mark Kibble. Lead Vocal: Patrice Jegou-Oyelese All background vocals: Mark Kibble. Piano: Yaron Gershovsky Bass: Boris Kozlov Drums: Cliff Almond Recorded by Mark Kibble, Roy Hendrickson, Randy Poole at Vertical Studios, Avatar Studios, SonyTree Studios. Mixed by Al Schmitt at Capitol Studios. Video filmed at Oceanway Studio in Nashville. Directed by Mark Schlicher and Yinka Oyelese Filmed by Mark Schlicher Executive Producer: Yinka Oyelese Managament: Michael Tozzi Publicity: Holly Cooper Mouthpiece Music Publicity (Canada): Orange Grove Publicity
I'm curious what became of Sony Tree's sexual harassment case from the 90's.