Training for New York stunt performers and actors via regularly scheduled workshops. Our facility is fully equipped with a variety of pads, mats, prop weapons, a basic rig system, scaffold, and more.

Today we hosted a complimentary meet & greet / fighting for film workshop specifically for newer SAG-AFTRA #stuntperformers with 3 credits or less. We will certainly do this again as we did not get to everyone who expressed interest.

We recall what it was like to be new, not know many people in the community, and getting hit with the realization that getting in the union is just the very beginning. The high of getting in is so often followed by a low of not getting work or knowing how to get started, network, etc.

What a great day training, sharing knowledge and getting to know our new peers in the community. They busted their asses today!

Check out this interview with our friend Alec Kossoff on Stunt Hustle!

Check out this interview on Stunt Hustle with our buddy Jared Blake DiCroce!

"You're part of an elite group of athletes, called upon to do the things that others aren't either willing to, or can't afford the risk of trying. Then, we get to show up and do it. And do it reliably, repeatedly, and with a smile. This means that you get to train to be a hero, and gather the life skills of a prepared individual, over a desk job. That's pretty amazing, to me."

A STUNTMAN was launched 90 feet off a cliff with ball of fire behind him for an 18-second explosion scene at the beginning of the 1980 movie Exterminator. It was such a terrifying act that five stu…

We are seeking exciting action performers, puppeteers and actors. Do you have what it takes? 🦖 Click to learn more. https://feld.ly/jwltauditions

We currently have less then 175 members when pre-pandemic, we were over 400. Right now this should be our primary goal at least until the end of the month, as becoming a new member, you have to join by March 31st in order to be able to vote on the Emmys.

There is a QR code on the bottom of the flyer for direct access to the membership page. I believe membership is $200. a year.

Benefits include but are not limited to:
1. Up to 2 free entries(otherwise $250./entry) into the Emmy competition
- Outstanding Stunt Performance
- Outstanding Stunt Coordination for a Drama Series, Limited Series or Movie
- Outstanding Stunt Coordination for Comedy Series or Variety Program
2. Get to vote on the final Emmy nominations
3. Stunt networking along with other industry networking events
4. Stunt pre-Emmy party and ideally one other stunt networking event
5. Emmy magazine, member events, exclusive activities and services, professional development seminars, panels and virtual events that allow more people to attend, etc.

Who do we know (in NY or frequents NY) that is new to SAG-AFTRA as a stunt performer and / or only has one or two (or none) stunt credits?

Rick Avery - The Most Interesting Man in the World - SWAGGER Magazine

Rick Avery - The Most Interesting Man in the World - SWAGGER Magazine

ADVERTISEMENT Rick Avery was born on April 28th in New York City, New York. Rick is most commonly known for his 40 year career as a Stuntman, Actor, Director, and…

Jared Blake DiCroce on the thumbnail of our Movies Insider episode! Got get it!

supporting new york’s growing film industry with its floating, vertical village dubbed ‘wildflower studios,’ bjarke ingels group / BIG presents a milestone for the film industry in new york city. led by robert de niro, the studios are currently under construction in queens. the project will b...

So much fun having Movies Insider shoot one of our trainings at Breakfall Studios & spend some time talking about how we train to fall! Huge thanks to Paul Varacchi, Jared Blake DiCroce, Charles Haskins, E. Calvin Ahn, Nicole Voulgaropoulos & Kristen Mary for coming out and taking a beating!

Professional stunt performers show us how they execute the falls we’ve seen in movies over and over again. Lead performer, Stephen Koepfer has worked on movi...

How a Lampeter-Strasburg graduate became a Hollywood stuntman, working on dozens of big-named TV shows, movies

How a Lampeter-Strasburg graduate became a Hollywood stuntman, working on dozens of big-named TV shows, movies

Your job asks you one day to run through a second-story apartment, jump off a bed and through a window onto the top of a car, then drive that car

The Big Dream of Yonkers: To Be the ‘Burbank of New York’

A new film and television facility, once fully open, will be ‘hands-down the largest in the Northeast,’ the leader of the project said.

"Concrete and Crashpads - Stunts in New York" is a documentary short film that offers a glimpse into the invisible world of New York's booming stunt community. The life of a stunt performer is lived in the shadows, without fanfare or recognition. This film peeks into the lives of some of the men and women who put their bodies and lives on the line, or aspire to do so, for an audience that may not know they even exist. Directed by Stephen Koepfer and Matthew Kaplowitz, edited by Matthew Kaplowitz, and starring some of New York's finest stunt performers.

"Concrete and Crashpads was a great sneak peek of the industry and overview of the basics. To someone that has no clue about what a stunt performer does, or is, it's an insightful look at the nuts and bolts of our work."
- James Armstrong, Stunt Coordinator (Fear The Walking Dead, Amazing Spiderman 2)

10/13/2017 - Caution Spoilers takes in in depth look at Breakfall Studios and some of their stunt team.
cautionspoilers.com/stunts/breakfall-stunts-interviews-stunt-world-performers-nyc/

"Concrete and Crashpads - Stunts in New York" is a documentary short film that offers a glimpse into the invisible world of New York's booming stunt communit...

It is not too often that worlds collide like this! Most of our followers know that Sambo is a huge influence in our style of fight choreography. In the case of Kino Lorber's BRIGHTON 4TH, our loves of Sambo, wrestling and film is combined and rolled into one! And, it takes place in Brooklyn ;) It is a must see!

In this portrait of parental sacrifice and the love of a father for his son, former wrestler Kakhi (played by real-life Olympic Freestyle Wrestling and Sambo World Champion Levan Tediashvili) embarks on a journey from his home in the Republic of Georgia to visit his son Soso (Giorgi Tabidze) in the Russian-speaking neighborhood of Brighton Beach, Brooklyn. There he finds him living in a shabby boarding house populated by a colorful group of fellow Georgian immigrants. Soso is not studying medicine, as Kakhi believed, but is working for a moving company and has accrued a $14,000 gambling debt to a local Russian mob boss. Kakhi sets his mind to helping his hapless son out of his debt, leading to situations as often comic as they are dire.

The film premiers at the Village East Cinema (in NYC) on January 28th and Beacon (NY), Detroit, and Los Angeles on February 11th.

Congrats to all the coordinators and teams nominated in this year's SAG Awards! Bravo!!
👏👏👏👏

Please take a moment to read and consider donating to our friend Crystal's GoFundMe. We could not be more excited to hear she is cancer free and can't wait to train with her again! Crystal has been a picture of courage!

After many years on Amazon Prime, thanks to their new policy of dropping short films, ours and Burning Hammer Productions's 2016 documentary Concrete and Crashpads - A Documentary is up for free on vimeo (and soon Burning Hammer's youtube). We can't believe its been 5 years. If you have not seen it, please enjoy!

Here is a video highlight of Stephen Koepfer's Koepfer's recent appearance on Adrian Paul''s Sword Experience "Hollywood Experience" podcast. Download the full episode where you get your podcasts! We chat a bit about how we founded Breakfall Studios

November 19th Firearm and Tactical class with Charles Haskins at Argus Film Works is sold out. 5 slots left. 10 spots open for the 20th. Hit up Charles to register!

Negotiators for IATSE and Hollywood’s major studios are closing in on a deal that would avert a strike that has threatened to shutter most film and TV production in Hollywood. Industry source…

IATSE Strike: Which Film and TV Projects Will Shut Down – and Which Will Keep Shooting

IATSE Strike: Which Film and TV Projects Will Shut Down – and Which Will Keep Shooting

A few shows, like HBO's "House of the Dragon," will continue production...but almost everything else will come to a halt

We have been made aware that in response to the strike announcement, some employers are scheduling unplanned sixth and seventh days and additional overtime. It is telling that during a negotiation focused on unsafe hours and other abusive working conditions, some AMPTP companies are intentionally choosing to risk the health and safety of our members to serve their own selfish interests.

If you feel unsafe or unable to perform services due to the long hours and extra workdays we strongly encourage you to report this to the appropriate Studio Safety Hotline immediately and to request a ride or a room at the end of each day to ensure your safety and the safety of others on the road.

PLEASE BE SAFE FRIENDS! I know that many of you will be working a 100+ hour week. Do whatever it takes to make it home alive on Monday.   

If you train or have trained with NYCS or Breakfall Studios, we would love if you took a few minutes to write a review for us on our Google Business site! Thanks a bunch!

Negotiations to prevent a strike that could bring the film and television production business to its knees are going down to the wire. Matthew Loeb, president of the International Alliance of Theat…

Be the first to know and let us send you an email when Breakfall Studios posts news and promotions. Your email address will not be used for any other purpose, and you can unsubscribe at any time.

Send a message to Breakfall Studios: 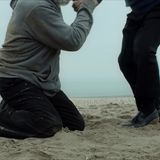 Brad Pitt stands up for stunts at Oscars

Would love to get in on a sesh soon 🙏