The Fusion Film Festival is an annual celebration of the work of the next generation of women filmmakers. With generous support from Tisch Profunds: The Office of the Dean and the Tisch Undergraduate Student Council.

Join us for our 20th year celebrating FUSION FILM FESTIVAL, NYU’s premiere film festival dedicated to celebrating women and nonbinary folks in film, television, and new media! We have many exciting events happening April 7-9 that are FREE and IN-PERSON for NYU students. Valid NYU ID and Daily Screener required for entry to all events. Seating is limited and is on a first come, first serve basis.

Mitu Khandaker and Latoya Peterson discuss their landmark game studio, GLOW UP GAMES, and how they are foregrounding Black and Brown representation and joy through their culturally-minded games. Their recent game INSECURE: THE COME UP GAME invites players into the world of Issa Rae’s hit HBO series INSECURE through immersion with the characters they know and love and its interactive rap gameplay. With their focus on new modes and styles of gaming, Khandaker and Peterson are creating an innovative space for a vast community of underrepresented gamers and changing the landscape of gaming at every level.

“A film about fantasy and intimacy and identity play in the digital realm,” says writer and director Jane Schoenbrun (they/she) of their 2021 film WE’RE ALL GOING TO THE WORLD’S FAIR. Schoenbrun’s film reimagines trans horror in the digital age through one teenage girl’s immersion in an online role-playing game and brings dysphoria and transformation to the cinematic stage through dark but profound and emotional meditation on the humanness of change. After a screening, join the conversation with the creative minds of Schoenbrun themself and Michael Koresky (co-founder of REVERSE SHOT).

Janiczca Bravo—an LA-based creator and Fusion’s 2022 Woman of the Year—is the writer and director of the exhilarating comedy-thriller, ZOLA. Based on a series of tweets by A'Ziah King, aka Zola, from 2015, ZOLA details an exhilarating road trip that transforms into a chaotic two days of “s*x work, sisterhood, and betrayal.” ZOLA invites viewers into a world of unconventional characters and unfamiliar (and at times dangerous) territory, ending with the agency and empowerment of its female protagonist. This female-centered story, filled with twists and turns, depicts a weekend to remember not only through its humor and liveliness but through its honest examinations of male-dominant power structures and s*xual oppression.

A conversation with NYU alum, director of ZOLA, and Fusion's Woman of the Year, the ever-luminous Janicza Bravo. Listen as Janicza explores her journey from theater student at New York University’s Tisch School of the Arts, to the modern film icon she is today. Then, delve into the mind of this award-winning director, whose latest film seamlessly moves between humor and white-knuckle tension, deftly articulating the state of s*x work, race politics, and gender-based violence within the social media-infused landscape of modern-day Florida.

Join us at 6 p.m. on Saturday, April 9th at the Cantor Film Center for an evening that begins with the award presentation to Fusion's Woman of the Year, the spectacularly talented Janicza Bravo. Then followed by a showcase of films by Fusion's finalists in Grad, Undergrad, Doc, Animation, and Music Video. Finale will be awards in all categories including writing. Meet the next generation of great storytellers!

Today is the LAST DAY to submit to the 2022 Fusion Film Festival! All of the rules, information, and the application is linked in our bio. Please reach out to the fusion team if you have any questions. We look forward to receiving your submission s!!
The application closes TONIGHT (2-18-22) at 11:59 PM ET

Introducing the HALF-HOUR PILOT CATEGORY of the 2022 Fusion Film Festival! This category is open to all half-hour pilots from Undergraduate and Graduate students!
Must have one of these positions fulfilled by a female or gender underrepresented WRITER or CO-WRITER

This prize is awarded to an up and coming female or non-binary student in the Film & TV Program.

Submissions must have a female or non-binary director who is currently a freshman.

Introducing the GRADUATE FILM CATEGORY of the 2022 Fusion Film Festival! This category is open to all films created during the graduate career. Must have one of the following positions fulfilled by a female or non-binary person: DIRECTOR, CO-DIRECTOR, CINEMATOGRAPHER

Introducing the FEATURE SCREENPLAY CATEGORY of the 2022 Fusion Film Festival! This category is open to all feature screenplays from Undergraduate and Graduate students!
Must have one of these positions fulfilled by a female or gender underrepresented WRITER or CO-WRITER

Introducing the DOCUMENTARY CATEGORY of the 2022 Fusion Film Festival! The category is open to documentaries from Undergraduate and Graduate students!
Must have one of these positions filled by a woman or gender underrepresented person: DIRECTOR, CO-DIRECTOR, CINEMATOGRAPHER.

Introducing the MUSIC VIDEO CATEGORY of the 2022 Fusion Film Festival! The category is open to music videos from Undergraduate and Graduate students, and videos made in the Short Commercial Form class are strongly encouraged!
Must have one of these positions filled by a woman or gender underrepresented person: DIRECTOR, CO-DIRECTOR, CINEMATOGRAPHER.

Be the first to know and let us send you an email when Fusion Film Festival posts news and promotions. Your email address will not be used for any other purpose, and you can unsubscribe at any time. 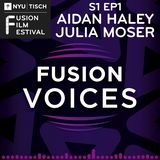 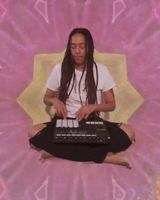 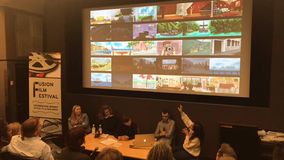 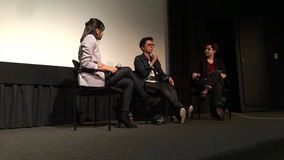 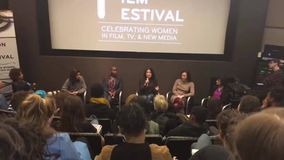 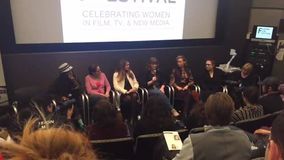 From Here to There: Alexia Salingaros

From Here to There: Halima Akinlade

From Here to There: Jacqueline de Gorter

From Here To There: Rachel Sennott

From Here to There: Natalia Bougadellis

From Here to There: Mirella Cardoso

Women filmmakers are on a rise, and have been doing incredible things as of late, so thank you for promoting them! I want to recommend a film that is co-directed by a woman (Rebecca Tickell), narrated by a woman (Michelle Rodriguez), and advocating for women empowerment called The Revolution Generation: How Millennials Can Save America and the World. It is actually premiering this Friday at the Village East Theater and I will attach the poster with more info! It showcases powerful women and the work they have been doing in order to gain equality, environmental freedoms, and equal rights for all minority groups. It is done so well, and urges its audience to vote, be a part of their society, and works to break previously insinuated stereotypes of the younger generations. It stars AOC, Shailene Woodley, and more, and is also being released on Amazon and Apple TV! I highly recommend it! https://www.facebook.com/events/1040459346539482/?acontext=%7B%22ref%22%3A%2252%22%2C%22action_history%22%3A%22%5B%7B%5C%22surface%5C%22%3A%5C%22share_link%5C%22%2C%5C%22mechanism%5C%22%3A%5C%22share_link%5C%22%2C%5C%22extra_data%5C%22%3A%7B%5C%22invite_link_id%5C%22%3A1307575893098067%7D%7D%5D%22%7D
Join us for our 20th year celebrating Fusion Film Festival, NYU’s premiere film festival dedicated to celebrating women and nonbinary folks in film, television, and new media! We have many exciting events happening April 7-9 that are FREE and IN-PERSON for NYU students. Valid NYU ID and Daily Screener required for entry to all events. Seating is limited and is on a first come, first serve basis. More info: https://tisch.nyu.edu/tisch-research-news-events/tisch-events/FusionFilmFestival2022
“Green” follows CJ, an up-and-coming comedian who is prepping for a show in the green room of a comedy club. When she finds out that a famous comic has dropped in for a surprise comeback set after the fallout of s*xual misconduct allegations against him, she faces the futility of trying to stop him from reclaiming the stage. Kylie Murphy is a #filmmaker from New Jersey. She recently graduated from NYU Tisch School of the Arts Film and TV, where her #short “Green” won Best Undergraduate Film at the Fusion Film Festival. She approaches film with a DIY spirit, often writing, directing, producing, editing, and shooting her projects. She currently works as a #freelanceeditor and pre-covid also worked as a #directorofphotography. Her latest project “Everything Is As It Should Be” is a comedy about a meditation guide living alone in the pandemic, filmed entirely over Zoom. Celebrate Kylie Murphy and her film "Green" at our virtual film festival on October 16th! Join us for virtual screenings and filmmaker + audience Q&A. #NFMLA #fllmfestival #film #featurefilm #shortfilm #veterans #veterancinema Tickets: https://www.newfilmmakersla.com/events/event/october-16th-2021-monthly-film-festival-infocus-veteran-cinema/
I came across your page and wanted to say that I love what you are doing for women in film! I recently watched the film, Ruby in Paradise and thought I would share. Released in 1993, this film was moved mountains for women in film because instead of s*xualizing the main character they focused on who she was as a person. They explored the themes of feminism through Ruby working and providing for a life of her own. This film even passed the Bechdel test! I highly suggest this film, and you can find it on Amazon Prime!
Congratulations to all the filmmakers and organizers involved in the virtual Fusion Film Festival this weekend! Gotham is proud to be a sponsor thereof.
'NYU Tisch School of the Arts’ Fusion Film Festival Names Issa Rae “Woman of the Year”' -- Free to RSVP for this exclusive session, happening Friday, April 2nd! fusion21.carrd.co/#issa-rae
Issa Rae, co-creator and star of HBO's Insecure, is Fusion Film Festival's 2021 Woman of the Year! Here's the full schedule of events from April 1-3:
I love the purpose of this filmmaker, exposure and support for women filmmakers is so important. I want to share an independent film that I found to be very powerful and that I think y'all would enjoy. It's a 1993 independent classic called "Ruby in Paradise." It follows a young woman named Ruby (excellently portrayed by Ashley Judd) who flees her hometown in rural Tennessee to find purpose and a life where she's in control. In this slice-of-life film, we see her overcome many struggles she's faced with in her journey of self-discovery. I found the story to be quite inspiring, and considering it's from 1993, it's themes on feminism are ahead of its time and still very relevant today. If you're interested, it was re-released this year so it's available on most VOD platforms like Prime Video and and iTunes. I'll link its trailer, check it out and let me know what you think! https://www.youtube.com/watch?v=KlWMYCONL4I
Fusion Film Festival: With Fusion's Woman of the Year: Issa Rae, Co-Creator, Insecure Save the Dates! April 1-3, Times TBD -MASTERCLASS with Issa Rae -DISTRIBUTION MASTERCLASS with Mia Bruno - DOCUMENTARY PANEL with Iyabo Boyd, Brown Girls Doc Mafia. Event co-sponsored by FOCUS Film Festival -COMPETITION SCREENING on Vimeo -AWARDS CEREMONY Livestream Fusion Film Festival
#Gang888 is the recipient for five Fusion Film Festival nominations (2020) including Best Director & Best Screenplay, Best Supporting Actress, Best Editing of a short film, LGBTQ award! #FilmFusionAwards THIS IS FOR US! ✊🏾🏳️‍🌈 Yes #BlackHistoryMonth, Congrats @gang888_za & Banzii Mavuso Help us make a longer film! Donate to our crowdfunding campaign: https://www.backabuddy.co.za/champion/project/gang-888
Привет, Лондон! Фильм «Трио» Игоря Чекина прошёл отбор на фестиваль North Europe International Film Festival Fusion Film Festival ! Ура! Приключения продолжаются! Hi, London! We are delighted to inform you that “Trio” film by Igor Chekin Igor Chekin was selected to North Europe International Film Festival! Winter adventures go on! Let it snow ❄️ https://youtube.com/playlist?list=PLCmmP_Qm9ZG821eY_dlhRgq7Q5uRlz3SO
Today is #WomensEqualityDay and we’re celebrating #HelenReddy. Her voice inspired a nation and #IAMWOMAN continues to empower women across the globe to fight for equality. Please help us celebrate Helen’s inspiring voice by sharing the video on your own social pages. Feel free to post your own video paying tribute to Helen Reddy! I Am Woman is roaring into theaters and VOD on September 11th and we can’t wait for you to see this inspiring film!