We Won x 2!
Another Weekend with 2 separate festivals giving Americanish the BEST NARRATIVE AWARD.
Repost from Americanish Film:
Highlights from another groundbreaking #Americanishfilm weekend:
🌟 Our DC Independent Film Festival screening sold so many tickets, they had to add another showing
🌟 We won BEST NARRATIVE FEATURE at DCIFF and Beloit International Film Festival, making these our 19th and 20th awards!
🌟 Roy Wol held down the fort at Beloit International Film Festival while Aizzah Fatima and Iman Zawahry raced from Q&A to screening to screening to Q&A at DCIFF!
🌟 Being surrounded by communities who are working hard to champion and uplift diverse voices in the film community.
We feel so honored to have the continued support of our incredible Americanish community. Thank you for letting us share our unique stories!
Stay tuned to see where the Americanish team is headed next!
Thanks to Marjorie Driscoll for Beloit photos!

Today is one and only amazing writer, actress, producer of Americanish’e Aizzah Fatima’s legendary birthday. Aizzah makes us laugh. Aizzah continuously tours all around the world with her one woman show “Dirty P**i Lingerie” enabling the rest of to see her and her extended community’s complexities and richness. Aizzah Fatima is one of the pioneers of American-Muslim untold stories and she has some incredible things lined up ahead! The images you see are from our SCAD Savannah Film Festival premiere of #Americanishfilm, Aizzah’s panel about diversity in showbiz; an image of her glorious best actress acceptance speech from Tasveer, and A in her element at Florida Film Fest. Continue to shine as you always do. Happy Birthday AIZZAH FATIMA.

📣 Over the weekend #Americanishfilm won three awards at two festivals! We are honored.

Caption repost from Americanish - We share this Americanish news with excitement, but also sensitivity to what’s happening globally—not just in Ukraine, but also in countries where Black and brown people continue to face violence and oppression.

We are also reminded of the importance of sharing the stories about and by people of color. Thank you to Amelia Island Film Festival and Sedona International Film Festival for recognizing our story!

This past weekend, we received the Grand Jury Prize and Best Narrative at Amelia Island Film Festival, plus Best Comedy at Sedona Film Festival!

Thank you to the festival organizers and our supporters!

Premiere Alert 🚨
We are honored to come back to Sedona International Film Festival again. Last year our film The Garden Left Behind opened there, Today our next @Americanishfilm premieres as A SPOTLIGHT. We are honored!
#Americanishfilm #TheGardenLeftBehind #ImanZawahry #StudioAutonomous #FlavioAlves

As Studio Autonomous we are excited to attend this year’s sxsw 2022
convergence in Texas. Congratulations to all talent that will be featured in Austin! See you there #StudioAutonomous (trivia: our prior film #TheGardenLeftBehind won the Audience Award at 2019 SXSW)

We are excited to attend Italy’s When East Meets West market where a ton of exciting things are going on: pitching forums, work in progress showcases, animation and distribution labs, gameshow/parties that are bridging east with the west. Find us Studio Autonomous at Eventival platform and say hi. Open for business. #Studioautonomous (#TheGardenLeftBehind #Americanishfilm)

We stand in solidarity and celebration of all that we still need to accomplish on this planet and beyond. thank you Dr Martin Luther King. #mlkday

In Jackson Heights, Queens, career-driven sisters Maryam and Sam and their newly-immigrated cousin Ameera must navigate the consistent and sometimes conflicting demands of romance, culture, work, and family. Serving both as a lighthearted reimagination of and critical divergence from the classic romantic comedy, AMERICANISH tackles and celebrates the complex intersectionalities of womanhood by welcoming us into the world—with all its joys and tribulations—of these three marriage-aged women.

🎟We remind you to get tickets online.
❕The link in bio

SOLD OUT PENNSYLVANIA PREMIERE!
#Americanishfilm is the OPENING NIGHT film at the 2021 Philadelphia Asian American Film Festival as a part of the Tentpole Films program screening TOMORROW at 7pm at Asian Arts Initiative! We are honored to attend the festival in person! Thanks to #PAAFF for this incredible platform! Americanish Film See you there! #StudioAutonomous

UK TV PREMIERE!
Our #SXSW winner #Fiforum20 and #GothamAlmuni film #TheGardenLeftBehind by Nalip Org best #latinx director winner Flavio Alves premieres on UK’s SKY today!! British friends, don’t miss out on this critically raved film, listed as one of the top 40 Best LGBTQ films of all times by Rotten Tomatoes editorial, certified fresh! While this is happening in England we are also playing #AmericanishFilm everywhere in festivals! #StudioAutonomous The Garden Left Behind

MINNESOTA PREMIERE
Thanks to Twin Cities Film Fest (where #Americanishfilm enjoyed its Minnesota premiere) for recognizing Iman Zawahry and Aizzah Fatima's original screenplay titled Americanish at this year's festival as a finalist. We'd like to congratulate all the winners and fellow nominees. Aizzah and Iman have written a film - a first of its kind - an American-Muslim comedic narrative written by and about Diverse American-Muslim women. thanks to all #ProudTCFFSponsor of the fest and #TCFilmFest

Americanish comes to California physically for the 5th time!
We are honored to present #Americanishfilm by Iman Zawahry at Pacific Arts Movement 's SAN DIEGO ASIAN FILM FESTIVAL!
The screening is tomorrow - tickets at: www.sdaff.org

#AMERICANISHfilm continues its unprecedented festival run - Our GEORGIA premiere is at SCAD Savannah Film Festival Thank you to the festival for giving us this platform.
Americanish

We are proud to present Iman Zawahry’s #Americanishfilm in Cali again! Americanish is co-created by Female American-Muslim pioneers #ImanZawahry and Aizzah Fatima and is screening at the 22nd annual The Newport Beach Film Festival! 🎥⁣
⁣
We are honored to be back in California (a 4th time!) attending the #NBFF2021 among so many talented artists and filmmakers and we hope you will join in on the fun!⁣
⁣
The screening will take place on October 23rd at 8:00 pm at the Starlight Triangle Cinema (Theater #3) in Costa Mesa, California. ⁣
⁣
We hope to see you there!⁣ #StudioAutonomous
.⁣
.⁣
#AmericanishFilm #NewPortBeach #NBFF #NBFF21

repost @imanzawahry:
I never thought I would ever win a Best Director Award! And it’s even more special coming from #LAFemmeFilmFestival. I worked so hard on this film over the last 8 years, particularly during the edit. I found out about the award while filming in Canada, so it was fitting that our amazing editor @its_jes__ accepted the award for me. It’s just as much hers as it is mine, as she never wavered over the last 3 years of the film. Special thanks to award-winning female @MissEricaEng for catching the 2nd and 3rd videos at the award ceremony. The last video is my reaction while filming with the female lead team in Canada. We all screamed for like 5 minutes, which was such a special moment to share with fellow female filmmakers who support and uplift each other. Thank you, LA Femme! Thank you, @AmericanishFilm team! Thank you to everyone who has supported me along this journey. #StudioAutonomous

Americanish by Iman Zawahry takes home the BEST NARRATIVE FEATURE GRAND PRIZE of $20,000 home from #HIFF30. This is a big win for the diverse American-Muslim communities as well as American independent cinema.

As #StudioAutonomous we thank the Heartland Film Festival for their continuious championing of Untold cinema. In 2019 our film #TheGardenLeftBehind had won the Richard D Propes Social Impact Award and #AmericanishFilm now takes home the big win. Grateful.


The Heartland International Film Festival announced its top awards on Friday, including a prize for a documentary tackling addiction in rural Indiana.

🙏 to Richard Propes for this amazing review on #Americanishfilm! Fact: In 2019 our prior film The Garden Left Behind won the Richard Propes #SocialImpactAward at Heartland Film! We are excited to come back to #HIFF30 with Americanish ! repost: “Watch out, America. Iman Zawahry is talented!” “Americanish is a delight from beginning to end.” “The entire leading trio is absolute perfection.” ⁣
⁣
We couldn’t choose a favorite quote from Richard Propes’ @heartlandfilm review if we tried!
⁣
We have one more screening at the Heartland Film Festival on 10/16 at 7:45 PM @ Living Room Theaters in Indianapolis! Come join us and see what all the buzz is about.⁣
⁣
Oh, and btw… We’re crushing on @ShenazTreasury too! 😉⁣
.⁣
.⁣
#AmericanishFilm #MovieReview #MovieCritic #IndieFilmReview #FiveStars #RomComReview #RomanticComedy #MuslimsinFilm #FemaleFilmmaker #FemaleFilmmakerFriday ⁣
#StudioAutonomous

TODAY - We are honored to be back at Nalip Org's Media Festival: #LMF21. Catch #StudioAutonomous and #FreeYourstoryapp's founder's roundtable session at http://Latinomediafest.com - elevating the next generation of #latinx storytellers. #WeAreInclusion

For some time now our multidisciplinary #studioautonomous international think tank has been brewing a new product — its final iteration #FreeYourStoryapp - gamifying life, with real-dreams of expanding the storytelling market and reaching audiences everywhere. Stand by for updates on this gift.

Be the first to know and let us send you an email when Studio Autonomous posts news and promotions. Your email address will not be used for any other purpose, and you can unsubscribe at any time.

Send a message to Studio Autonomous: 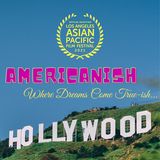 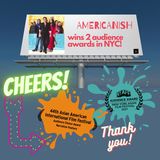 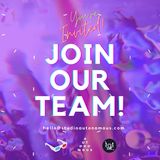 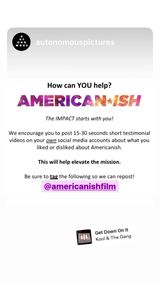 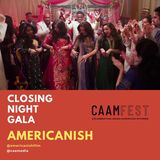 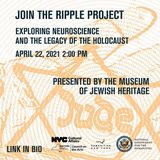 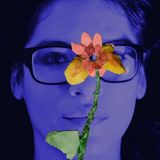 The Garden Left Behind USA Trailer 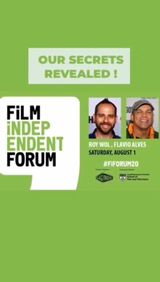 Other Film & Television Studios in New York (show all)