We are going to start posting gigs for friends and clients of Smash. Support your local artist…  

Ronnie Spector, known for singing iconic 1960s hits such as "Be My Baby" and "Walking in the Rain," died Wednesday following a battle with cancer, according to

We are thankful for you!! Let's keep living out music dream. happy #thanksgiving2021
.

Great premier on Saturday if you missed it

Smashers...if this does not inspire you to reach for the stars...nothing will.

Smash Studios can tell your unique story with video. We can provide professional and comfortable setting to create your next SMASH HIT!CONTACT US:Smashstudio...

Smash Studios can offer podcast services curated to tell your unique story. We can provide professional and comfortable setting to create your next SMASH HIT...

Smash Studios can help tell your unique story. We provide professional and comfortable setting to create your next SMASH HIT!CONTACT US:[email protected]

Drum-Off for the Ages

Drum-Off for the Ages

The Garden is A-Rockin Once Again

Hope you have a few minutes to read this one...

He is probably the most famous bass player you never heard of. His name is Leland Sklar and he is celebrating his 74th birthday today. Sklar studied music at California State University, Northridge. It was during that time he met James Taylor, who invited him to play bass at some venues. They both thought that the work would be short-term, but soon Taylor's career took off with his first hit records, and Sklar came into the limelight. He was soon asked to record with others, and his long career began. Here is a partial list of some of the over 2000 albums that leland has played on. This list does not include his work in movies or for television. (Beware, it's a long list)

So before you start on the list let us say Happy Birthday Leland!! This is impressive!!!

Drumming virtuoso and Sabian Dude... all Drummer should follow Dom  

We all have the capacity to be visionary. We all have inside us the ability to act on our dreams, big and small.

The Cycle of Self Empowerment

50 years ago this week The Rolling Stones “Sticky Fingers” was released with three tracks recorded at Muscle Shoals Sound in December of 1969. The release was delayed until 1971 as the Stones worked out their new record deal with Atlantic Records on their own vanity label “Rolling Stones Records”. The album went to number 1 on the U.S. charts.

We are happy and excited that things are opening back up, and gigs are starting to happen.
Whatever your need, whether it be rehearsal, recording, live performances and streaming; Smash Studios has you covered.
Thank you for your continued support!
Pictured is our control room at night, the drums in Showcase 3, as well as a recording for Gene Noble!

Be the first to know and let us send you an email when Smash Studios posts news and promotions. Your email address will not be used for any other purpose, and you can unsubscribe at any time.

Send a message to Smash Studios: 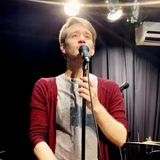 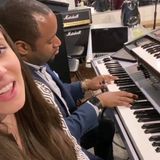 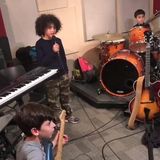 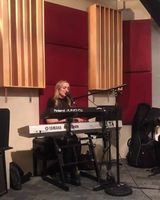 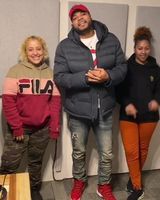 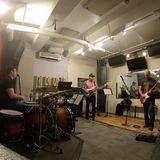 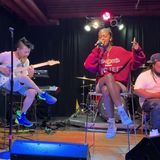 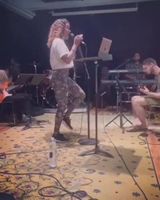 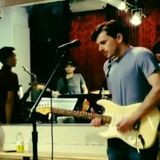 MY NEW SONGS | DJ Set at Smash Studios
Thank you #kellyhughes for featuring us on the #RisingStar podcast! Evan Russell Saffer talks about the latest LIVE EP & more. https://open.spotify.com/episode/5n4ie12uMQjq2sN1IWnwuI?si=rH7iK2XURh-_DN9RJ3CdTA #discometal #nycmetal #brooklynband #smashstudios #RegionalBand #togetherapart John Polimeni Allan Zaparoli Filia Luna Smash Studios
I need to get an internship, former IAR grad. I know how to put people in their place. With primadonna attitudes.
Rehearsal from Smash Studios Saturday. Thinking of putting this one into the set. What do you think? And our first video with Joe Edelmann. Many more to come.
Working on a new album at Smash Studios🔥 Going to be recording this Thursday and Friday at Samurai Recording Studios, New York🎤 . . . . . #music #makinganewalbum #recording #musician #kanklės #kanklininkė #simonasmirnova #zither #newyorkmusicians #berkleealumni #composer
Always fun to get to record with a whole band in the same place at once. Thanks to Smash Studios for letting us use the awesome setup they have. https://www.youtube.com/watch?v=hg7umiEvJSE
I’m so excited to share my first in-studio video since before the pandemic! Big thanks to Smash Studios for hooking me up with this room, can’t wait to go back and make some more! – patreon.com/robynadele robynadelemerch.com robynadele.com/youtube
Photo by Clay Sheff at Smash Studios NYC.
“There’s a slight punk rock component to this band’s style of play that I honestly hadn’t noticed before coming across this song” - #johnmccall from #TooMuchLove beckons forth AFI/Misfits , BlackFlag and straightedge players like Minor Threat out of #communion https://toomuchlovemagazine.com/makes-my-blood-dance-releases-holliday-single/ #metalmusicvideo #communionvideo #nycmetal #punkrockaesthetic #discometal #symphonicmetalband #brooklynband #malabeads #catsuits #chickbassist #metalfrontman Photocredit #csnyproductions at Smash Studios in nyc
after 6 negative tests, we were positively ready to jam at one of our favorite studios in NYC. HUGE thank you to Smash Studios for providing us musicians a safe space to let loose and play. see you soon ✌🏻♥️
Another great review on #CommunionOfficialVideo this time by Music Existence. https://musicexistence.com/blog/2020/12/29/single-review-makes-my-blood-dance-communion/ Thank you #LorenSperry! Photo shot at Smash Studios by lifeofcs_. MMBD: Evan Russell Saffer John Polimeni Allan Zaparoli Filia Luna
Happy birthday 🎉 to my wonderful daughter Lucia Jackson -Artist! I'm so proud of the beautiful wornan she's become ♥️ #happybirthday #luciaejackson #daughter #dancer Dardo Galletto Studios Dardo Galletto Studios Dardo Galletto Dance Accent Dance NYC Indiegogo Alvin Ailey American Dance Theater Smash Studios @ New, York, NY